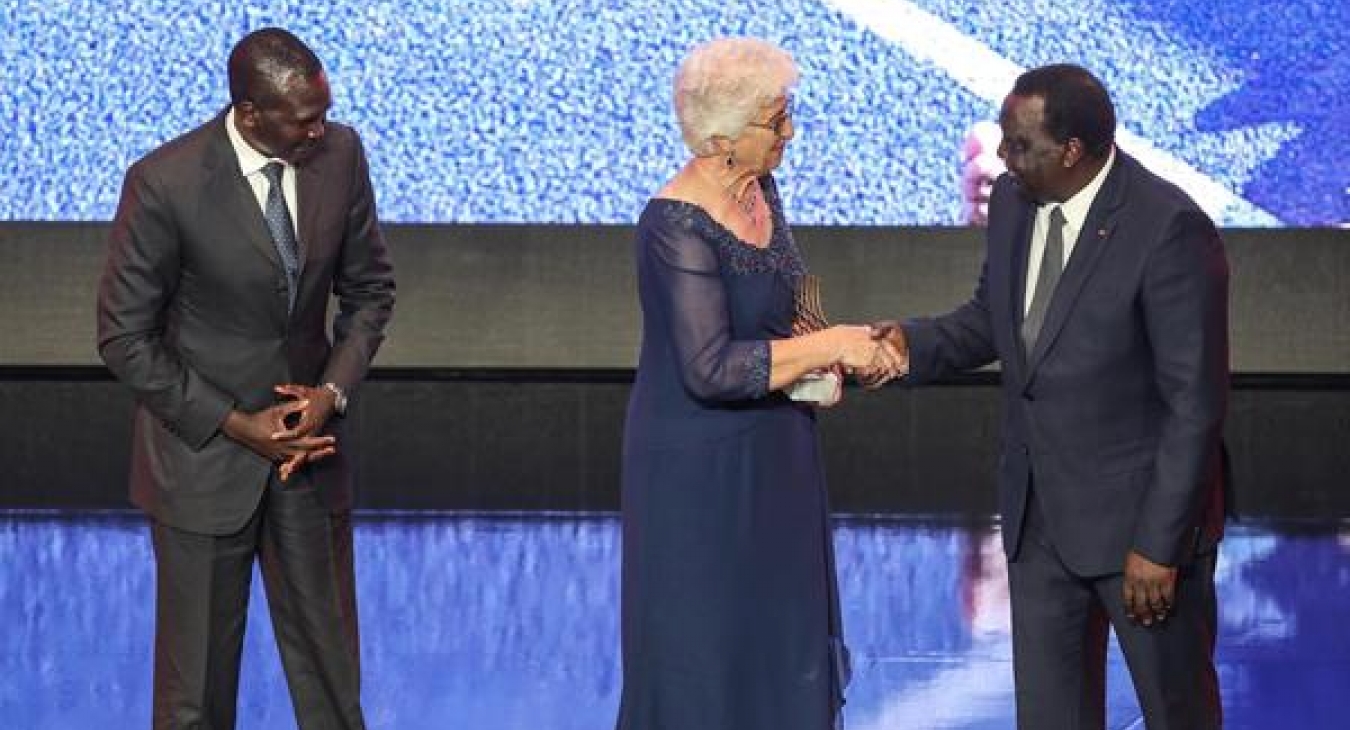 “Life,” says Anna Botha, “isn’t about the years you’re living; it’s about what you contributed in those years to your fellow human beings.”

At the age of 75, and with almost 50 years’ coaching experience, the Namibian native has an almost unparalleled insight into success in athletics – and indeed life. Ahead of Friday night’s IAAF Athletics Awards in Monaco, where Botha received the 2017 award for Coaching Achievement, she explained her unique and highly effective approach to coaching.

“I love each and every athlete as if it’s my own child,” she says. “I try to handle them as human beings with feelings, emotions and to guide them not only on the track but in everyday life. My main goal is that when they leave my coaching, they leave as respectful, balanced and lovable people.”

In this era of professional sport, where Botha has coached Wayde van Niekerk to a world record and Olympic gold over 400m, it’s rare to find a high-performance mentality co-existing with such a noble philosophy. In the beginning, just like now, her goal was just to help others.

It was 1968, and in South West Africa – as Namibia was known at the time – Botha attended her daughter’s training session at school but was dismayed at what she saw.

“The teachers stood with arms folded while the kids ran up and down a few times and then they were finished,” she says. “I realized my daughter had potential and it was frustrating there wasn’t the interest or help to guide these young ones.”

She wrote a letter to the South African Amateur Athletics Federation, and they posted her a small book about athletics coaching. With the information in that book, which she still has today, Botha took over coaching duties at the school, driving for hours over rickety dirt roads to attend each session.

“There was no financial support or anything like that,” she says. “I started coaching because of the love, passion, and enthusiasm I have up until today.”

In 1990 she moved to Bloemfontein, South Africa with her husband, who has since passed away, and Botha has been based there ever since. She currently has 26 athletes under her tutelage, mostly students at the University of Free State, where her star protege Van Niekerk studied marketing.

Anytime a new athlete looks to join her group, Botha asks a simple question: what are your dreams?

“Why do you want to train?” she adds. “If they’re approaching me then they make me a part of their dreams and goals.”

That can leave a burden on any coach, and it’s one Botha carries long after she leaves the track. “Before I go to sleep, I think back on the training session and about every athlete,” she says. “Then I realize that maybe one athlete when he’s running has a little hop. What am I going to do to get that out and teach him to run smooth and flowing?”

She says a favored solution is to play music while her athletes run, which she believes helps them find relaxation and rhythm in their stride.

Though she is an avid reader, Botha admits most of what she learned over the past 50 years has come from her athletes. “You always try new things,” she says. “Some things work, some things don’t, but it’s a teaching and learning road.”

Over the years she coached star sprinters like Namibia’s Frankie Fredericks or South Africa’s Thuso Mpuang, the 2011 Universiade silver medallist, but the athlete most associate her with will always be Van Niekerk.

If there is a secret to her coaching style, with him or anyone else, it is Botha’s ability to weave together all the strands of human performance. As Van Niekerk powered around the track in the Rio, she created a vivid image in her mind.

“I got the picture of a lot of different colored ribbons tied together on top, and every ribbon represented an aspect of athletics – muscle endurance, speed endurance, speed, strength – and in that race all those ribbons came together and when he went over that line, the final knot was tied.

“Coaching consists of so many different parts. To work on each and every part but at the end bring them all together and then go as one – that’s how I visualize it.”

Nights like that in Rio proved just reward for the thousands of days of dedication, but for Botha, the key is to find fulfillment and progress in every step of the journey.

“You have to love it,” she says. “It asks a lot of sacrificing. You have to be prepared to stand next to that track for hours, in wind and rain and sun and still, at the end of that day, feel that you gained something and you helped someone.

“If you don’t have that and if you see your athletes as machines, I don’t think you will have the satisfaction of feeling that you achieved something. It has to be about helping another human being reach these goals and dreams.”

To her athletes, Botha is lovingly referred to as Tannie – South African slang for Auntie – and when she steps on stage in Monaco tonight she will receive recognition for an approach her athletes have long appreciated.

She may just weeks shy of her 76th birthday, but Botha is as sprightly and sharp as it gets, her words articulated in careful sentences that ooze wisdom.

Shortly after world high jump champion Mutaz Essa Barshim congratulated her at the meeting hotel today, Botha leaned in, wished him best of luck for the upcoming season and, speaking louder for emphasis, added a reminder: “stay injury-free!”

Van Niekerk, of course, may well miss the upcoming season after injuring his knee in a celebrity rugby match recently, something which left Botha none too pleased. “I was mad, I wanted to murder people!” she says. “But things like this happen.”

In fifty years she has seen it all in the sport, probably forgetting more about coaching than most of us will ever know. But what, I ask her, are the keys to mastering the art?

But her journey is not complete – far from it. For Botha, there will never be a limit to knowledge, wisdom or experience, and that’s what made her who she is.

“I’ve learned so many things in the past season alone,” she says. “I learn each and every day.”