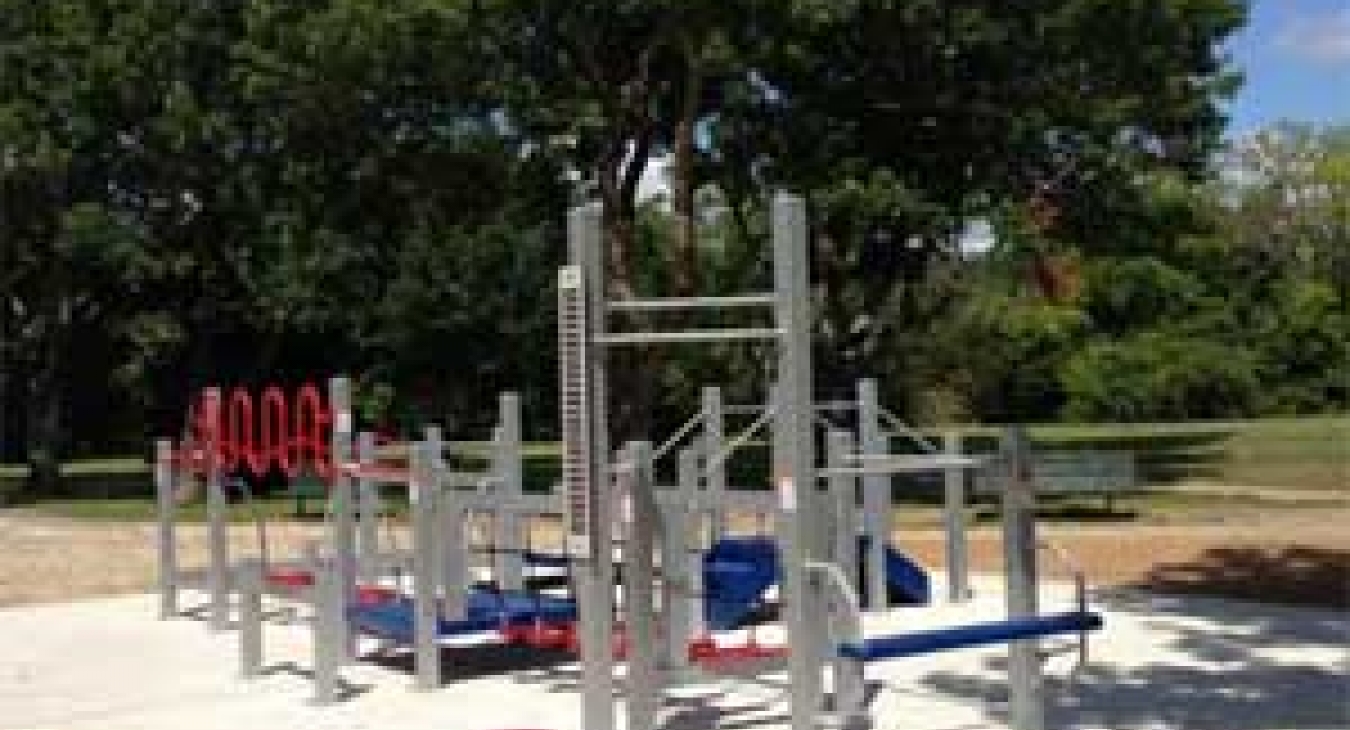 An outdoor apparatus designed for seniors was unveiled at Carbide Park in Galveston County, Texas, on August 14, 2014. (@GalvCoTX/Twitter)

DALLAS – The label is “playground,” the apparatus is bright and shiny, but those using the well-cushioned space in east Texas are elderly people trying to loosen stiff joints at a park designed just for them.

Galveston County, which has a large population of elderly residents, this week opened what is billed as the only playground in Texas for senior citizens.

The park in the city of La Marque has modified chin-up bars, a walking bridge and fitness steps, aimed at increasing strength and improving balance, said Stephen Holmes, a county commissioner.

Falls are one of the most common causes of injury among adults 65 years and older and often require hospitalization, according to the Center for Disease Control.

“We started to look at things that can prevent those falls or help them come back from those falls - balance, increased mobilization - so we created a playground that encompasses all of that,” Holmes said.

I am 66 yrs old with hip replaced. Our small city has many senior citizens that have no place for physical activities other than walking. There is such a need here. I have watched a show on tv showing a senior playground in other countries. I assume they must be very expensive. Our city has a park but only a small area for small children.