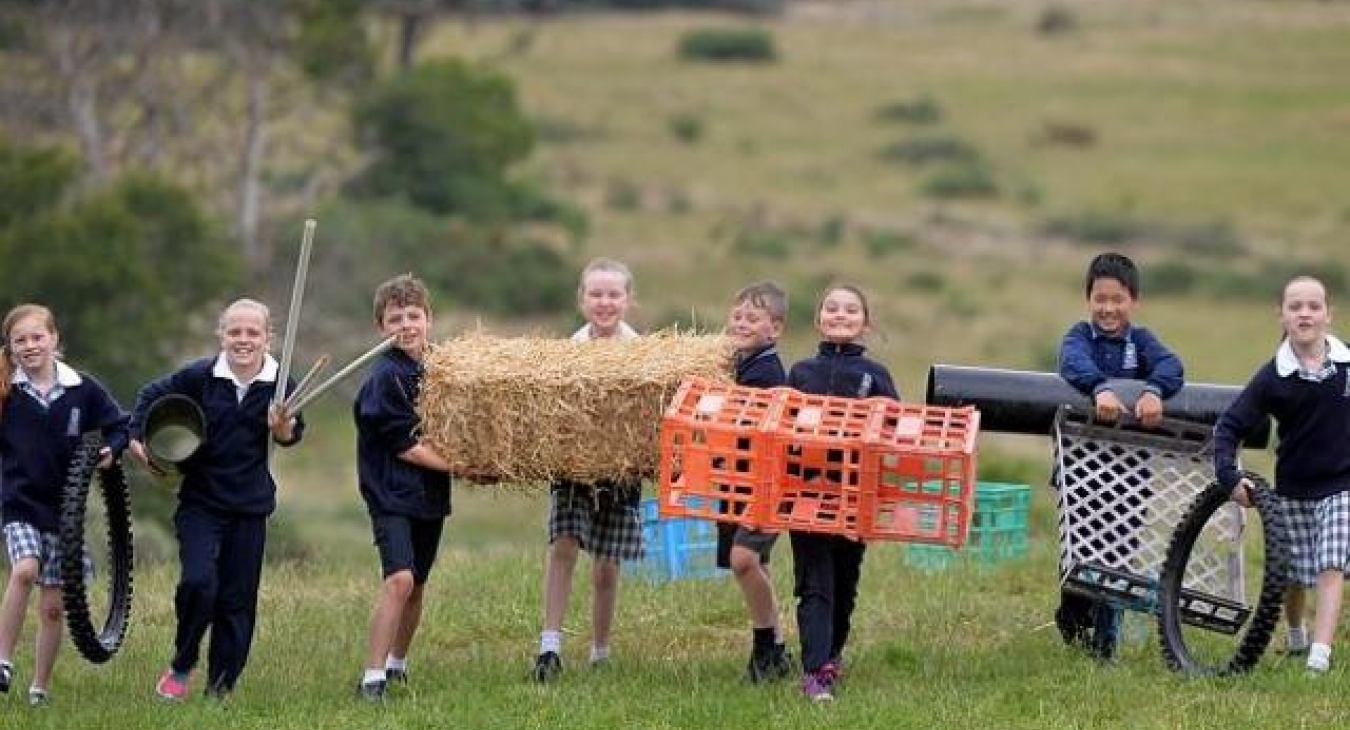 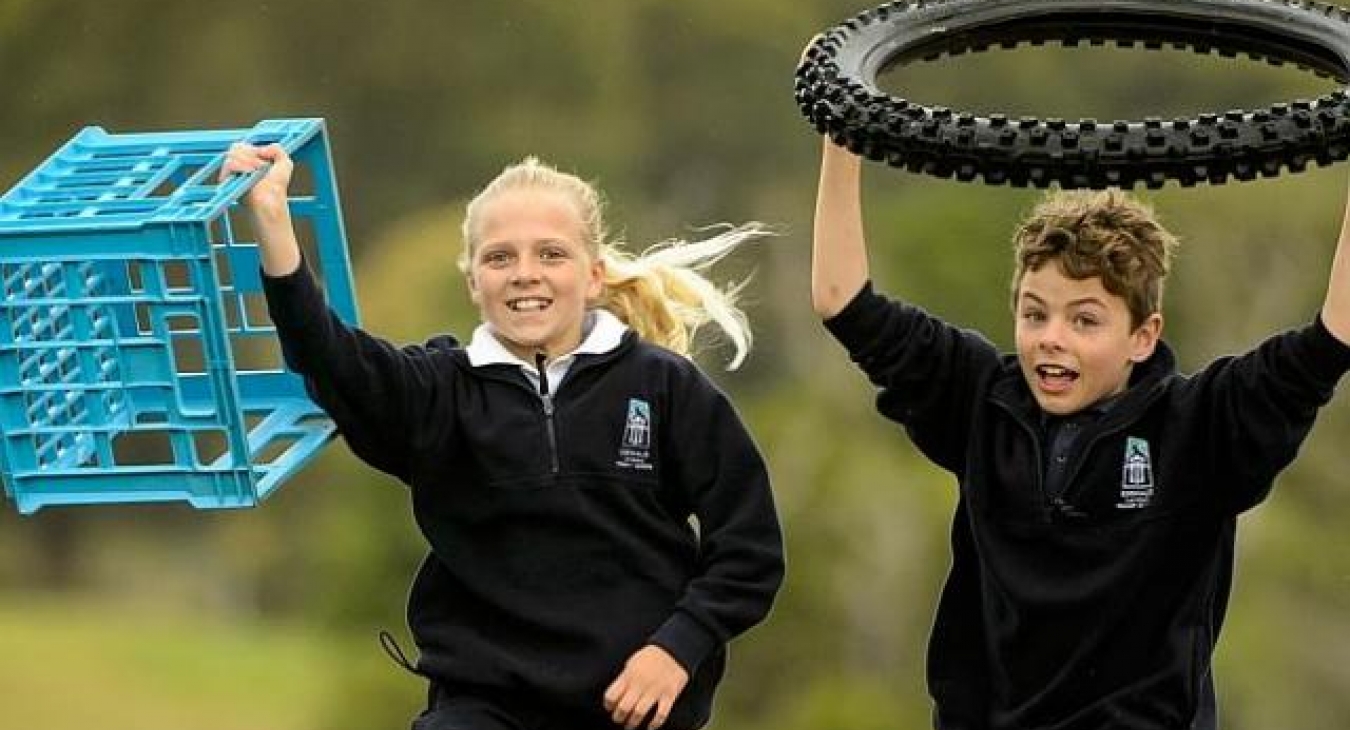 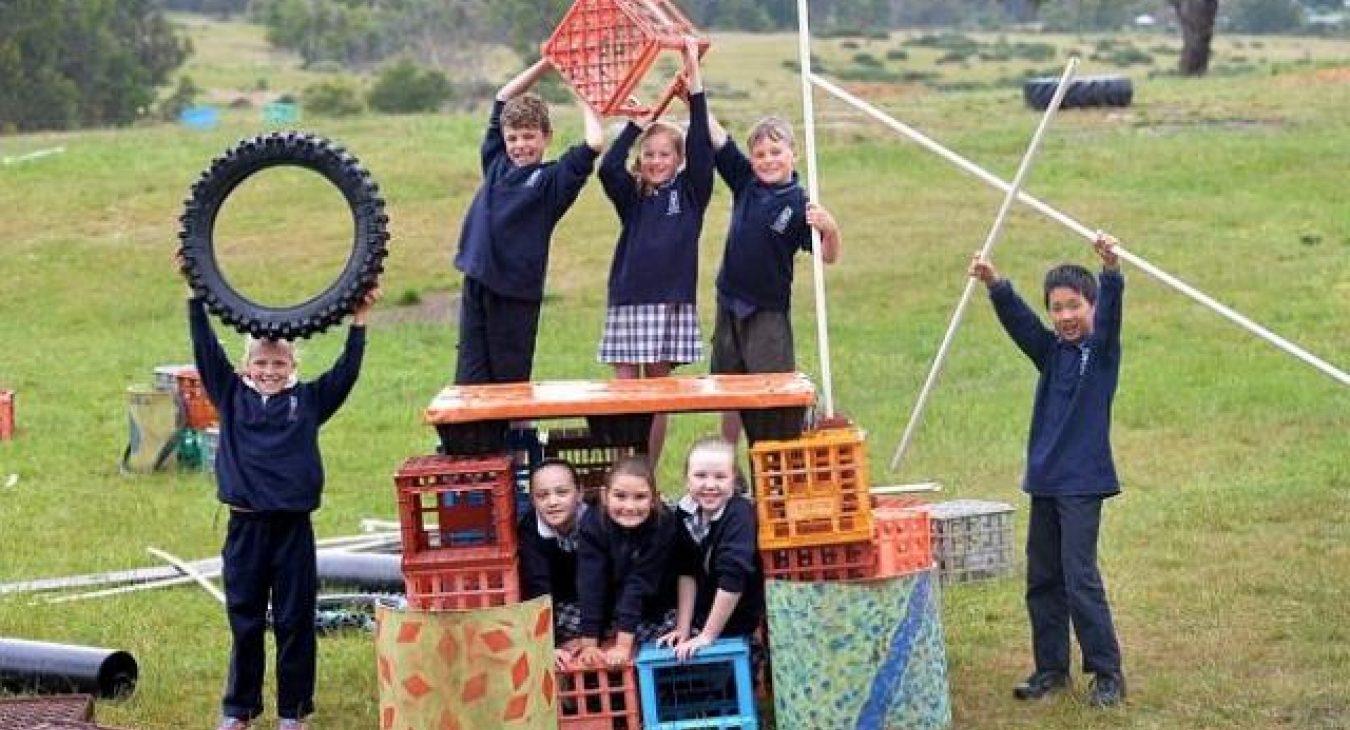 CONVENTIONAL adult-designed school playgrounds might be getting in the way of creative, more energetic play.

Hay bales and milk crates appear to be better at getting children moving.

A two-year research project has shown that introducing simple everyday objects into the playground can reduce sedentary behaviour among primary-aged students by half.

"Schools are putting all this money into designing playgrounds, and requiring all this funding,'' Mr Hyndman said.

"This is a very cost-effective, simple idea and it's just showing a range of benefits that have been even better than your fixed, conventional playgrounds."

Researchers say the children were more inclusive when they played with everyday objects, compared to times when they used conventional playgrounds. Picture: Jay Town

The study, conducted between 2010 and October last year, gauged the impact of movable recycled materials on about 120 students at Emmaus Catholic Primary School in Ballarat.

The newly built school had only a grass field, a hard-surfaced play area, and no fixed equipment.

Sedentary behaviour - defined as sitting or standing around the playground - fell from 61.5 per cent of children to 30.5 per cent in 2½ years.

"There was also a range of social inclusion benefits which can counteract bullying-type behaviours,'' Mr Hyndman said.

"The students were playing with students they wouldn't normally play with.

"This whole intervention was based around the students showing us."

Emmaus principal Brendan Maher said children playing with the objects tended to have fewer disagreements than in traditional games like football and cricket.

"When we have kids in invented and creative play, we barely hear from them,'' Mr Maher said.

"Yard duty is just a stroll in the park."

There was "no question" students were more settled for class, he said.

Research shows as much as half of children's recommended daily physical activity occurs at school.

Josh - You will need to contact the original source of this article. You can read it here: http://www.heraldsun.com.au/news/victoria/hay-bales-and-milk-crates-bet…

HI I was just looking at your website and just wondering if you have woodchips for what is use in playgrounds, park and nature area. and if you sell it or donate some wood chips to the Venture playground for the nature are, because I am trying to make it like a big wood land area for were the children can play in the natural area so were there can observe the natural wildlife in its own habitat. Thank you