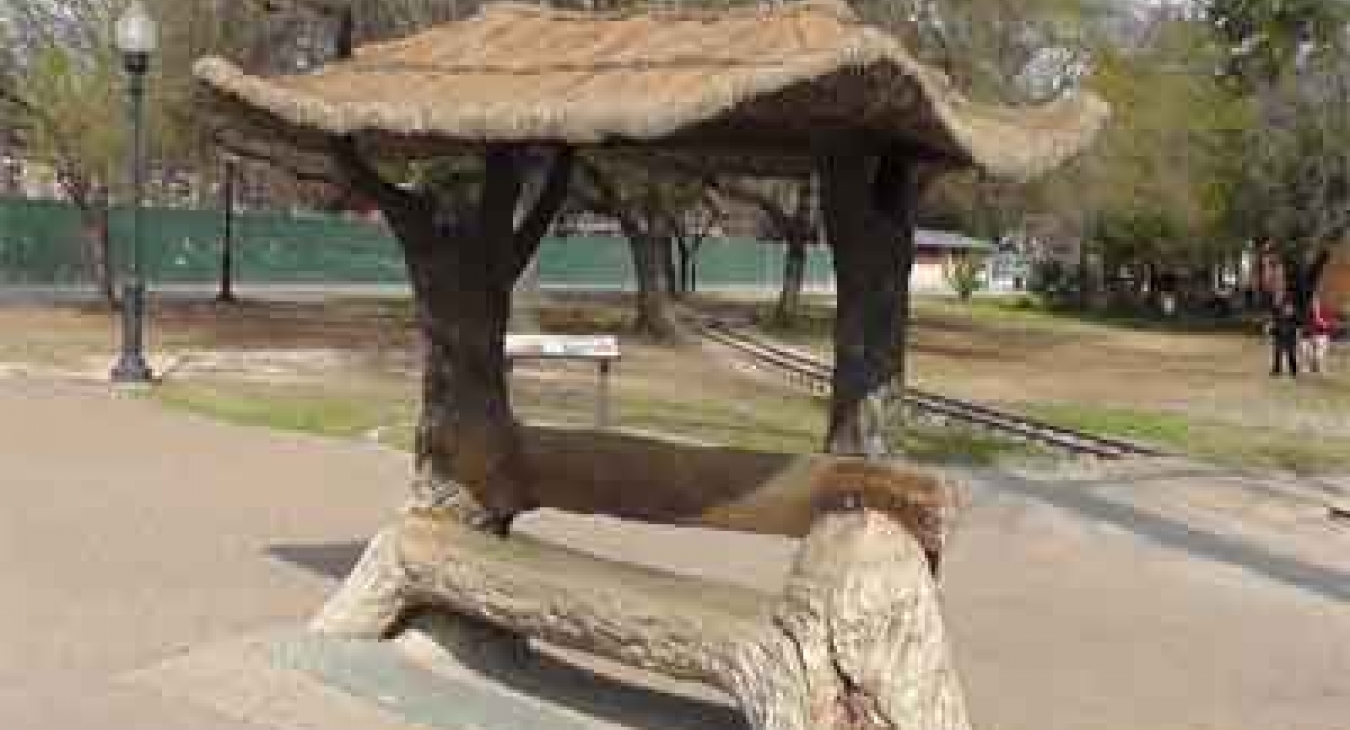 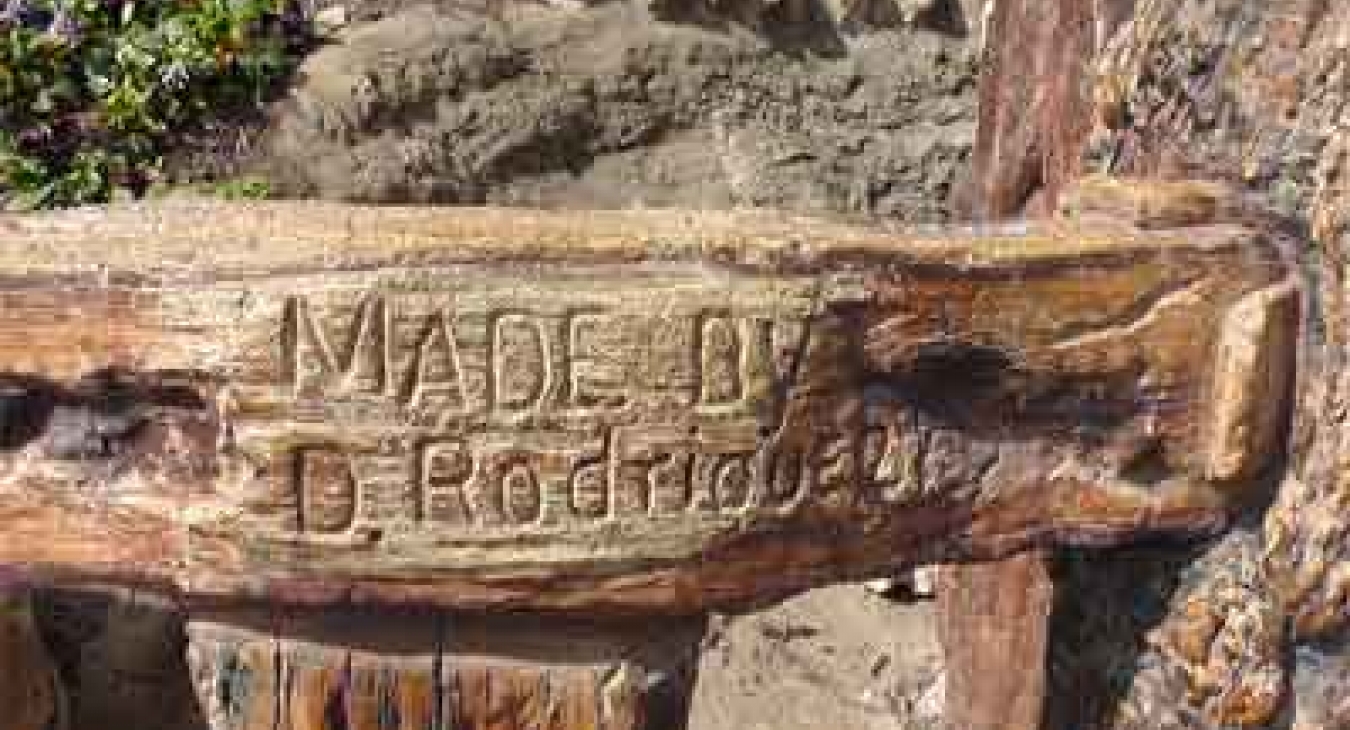 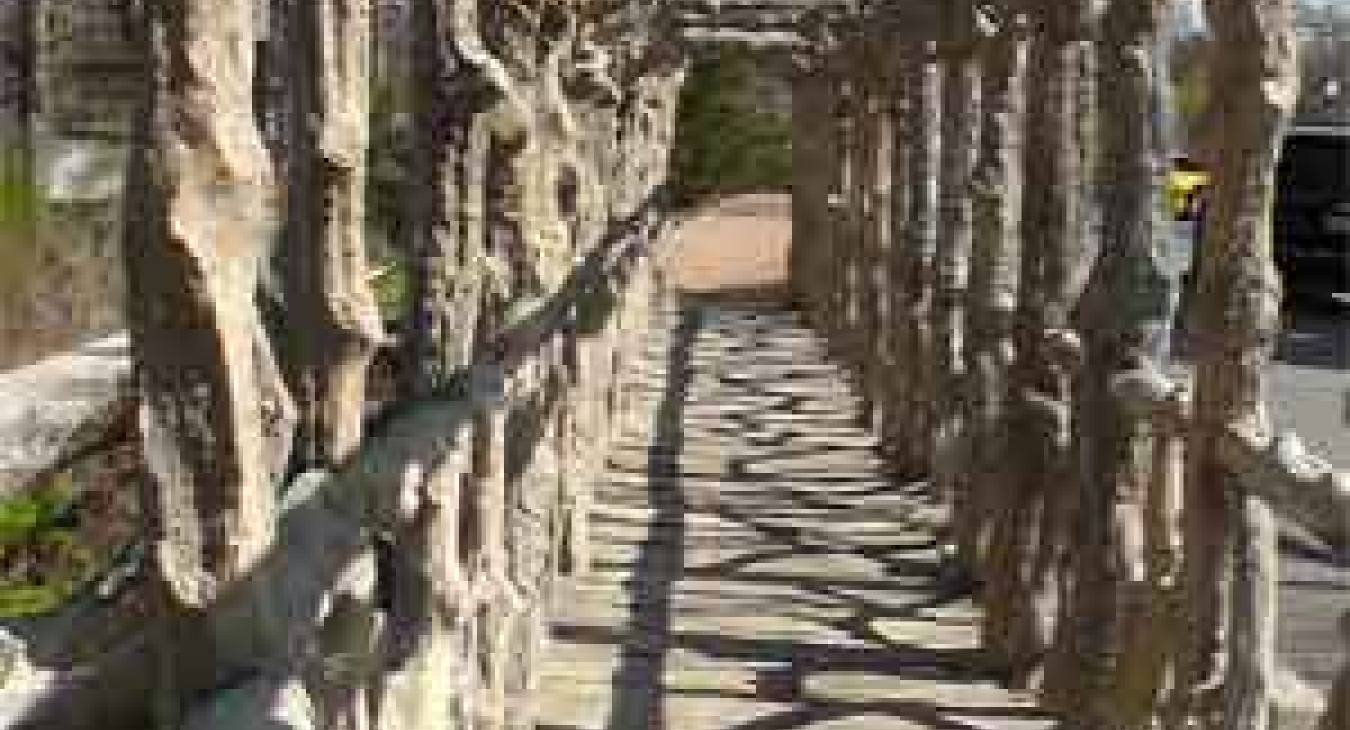 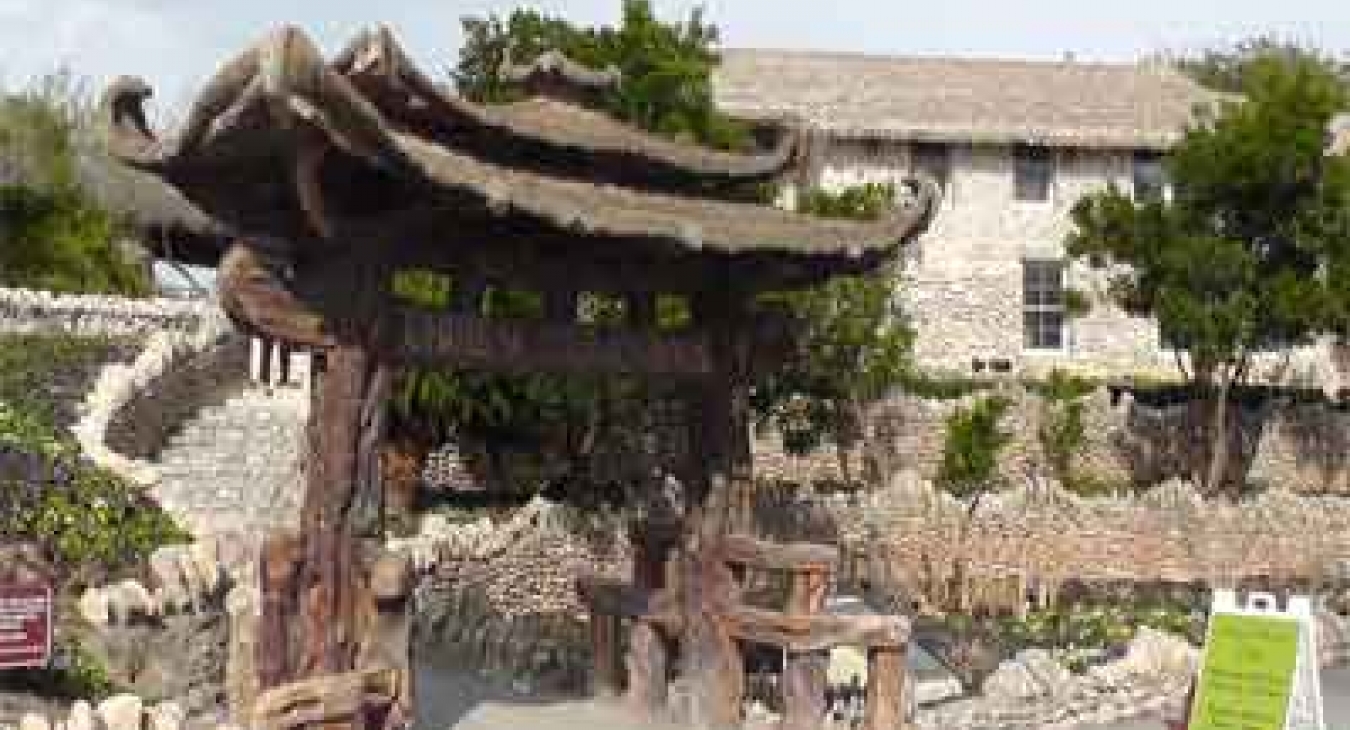 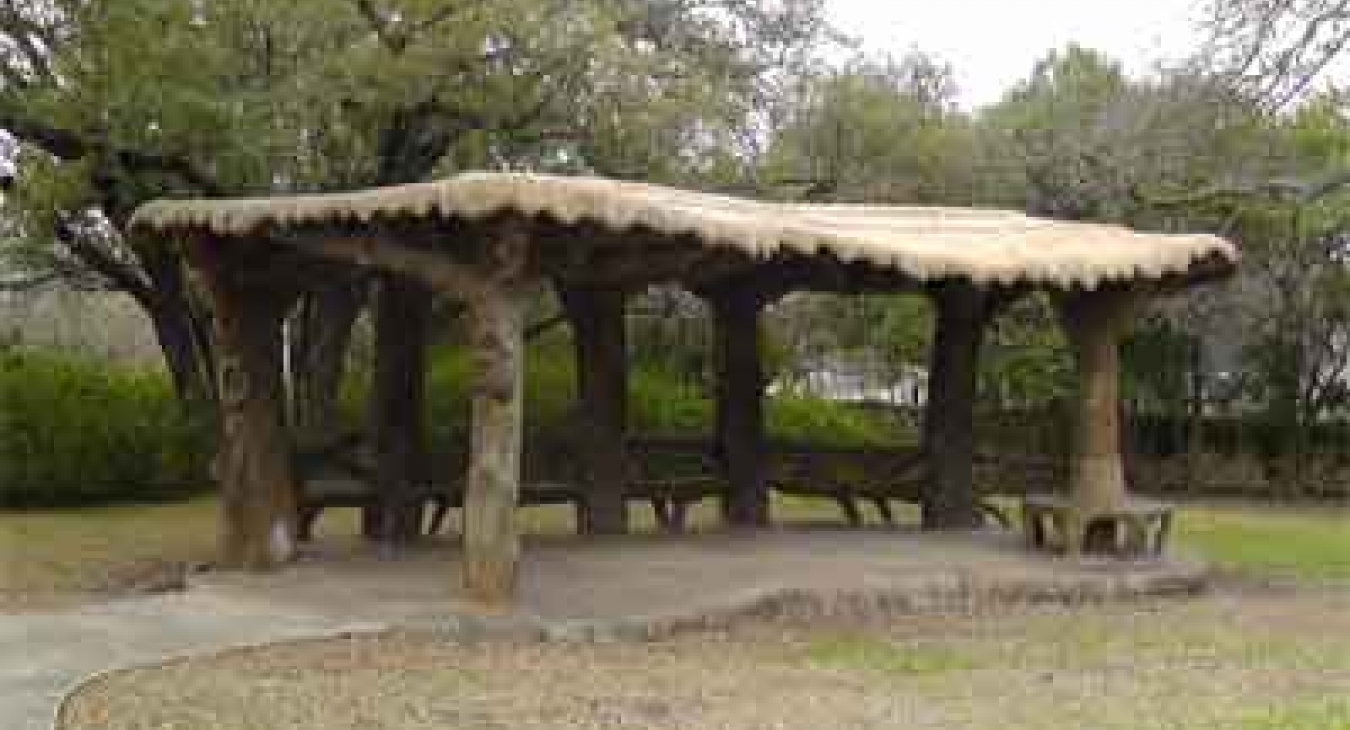 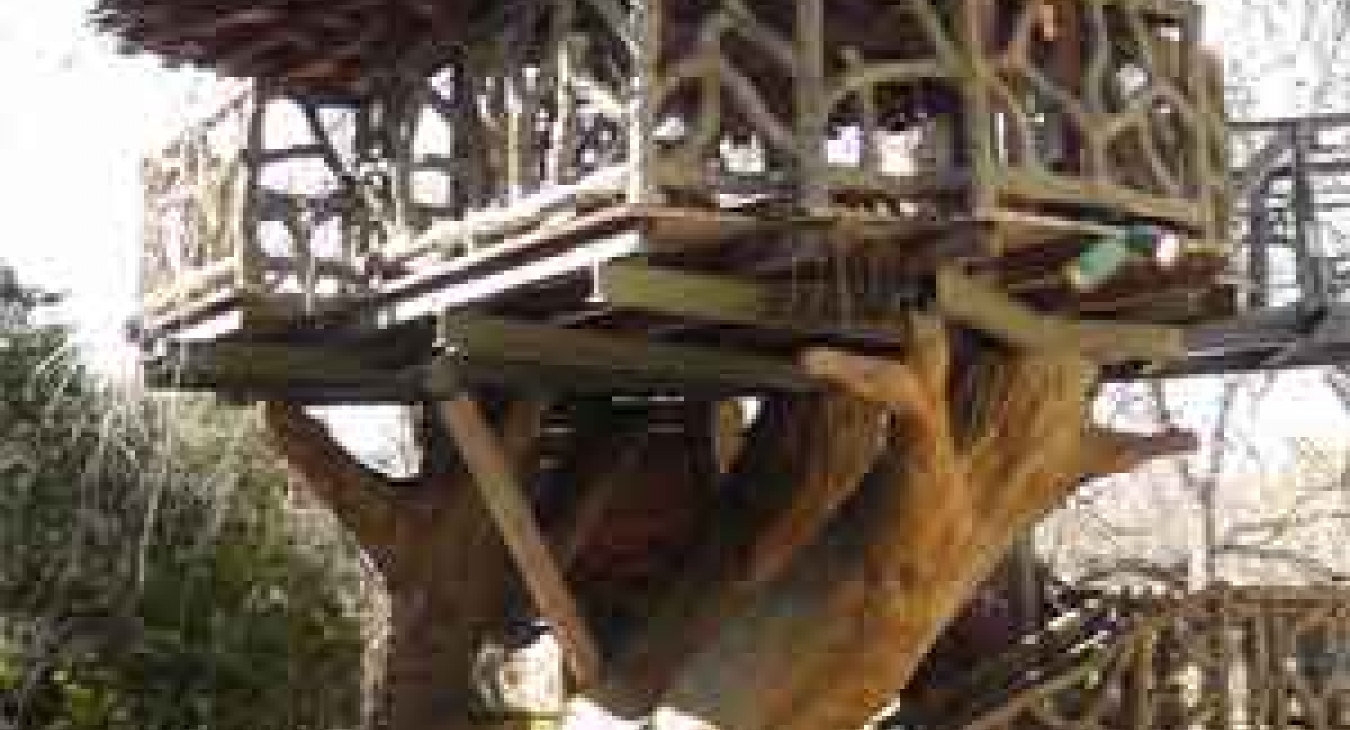 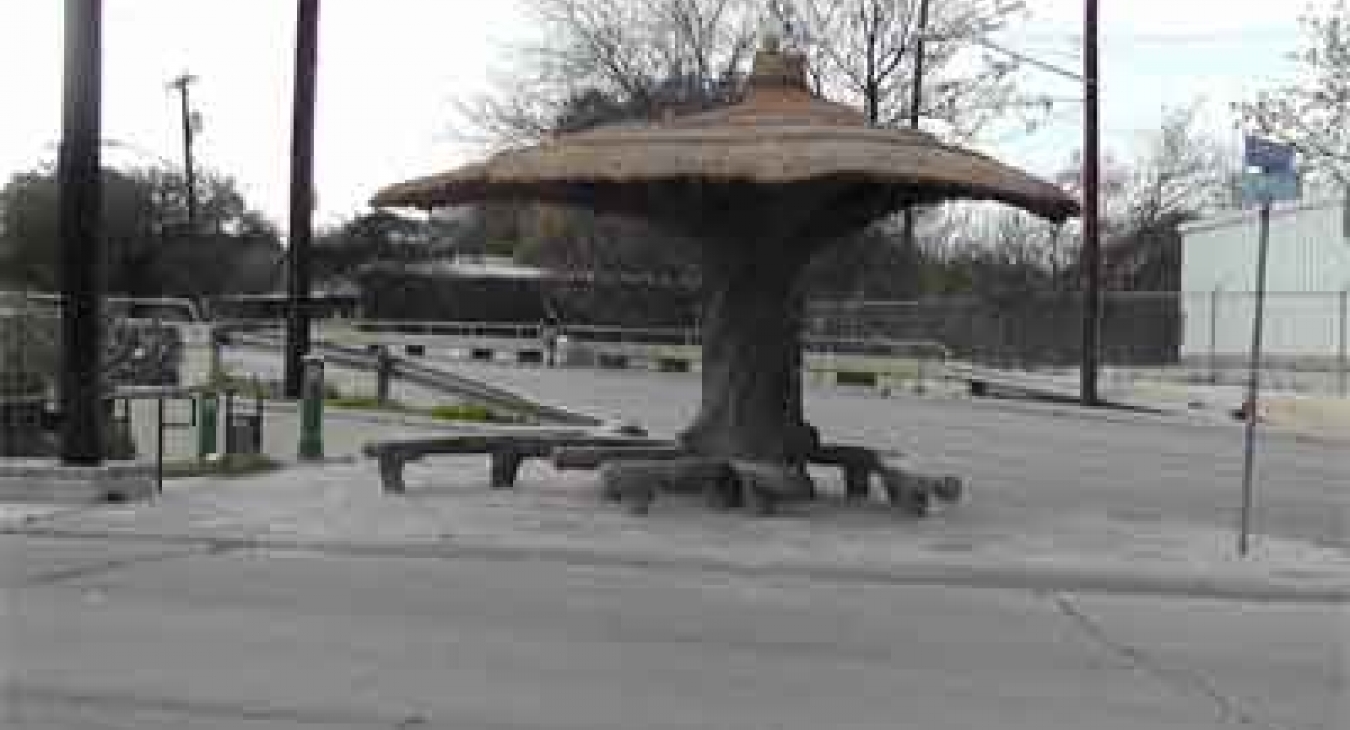 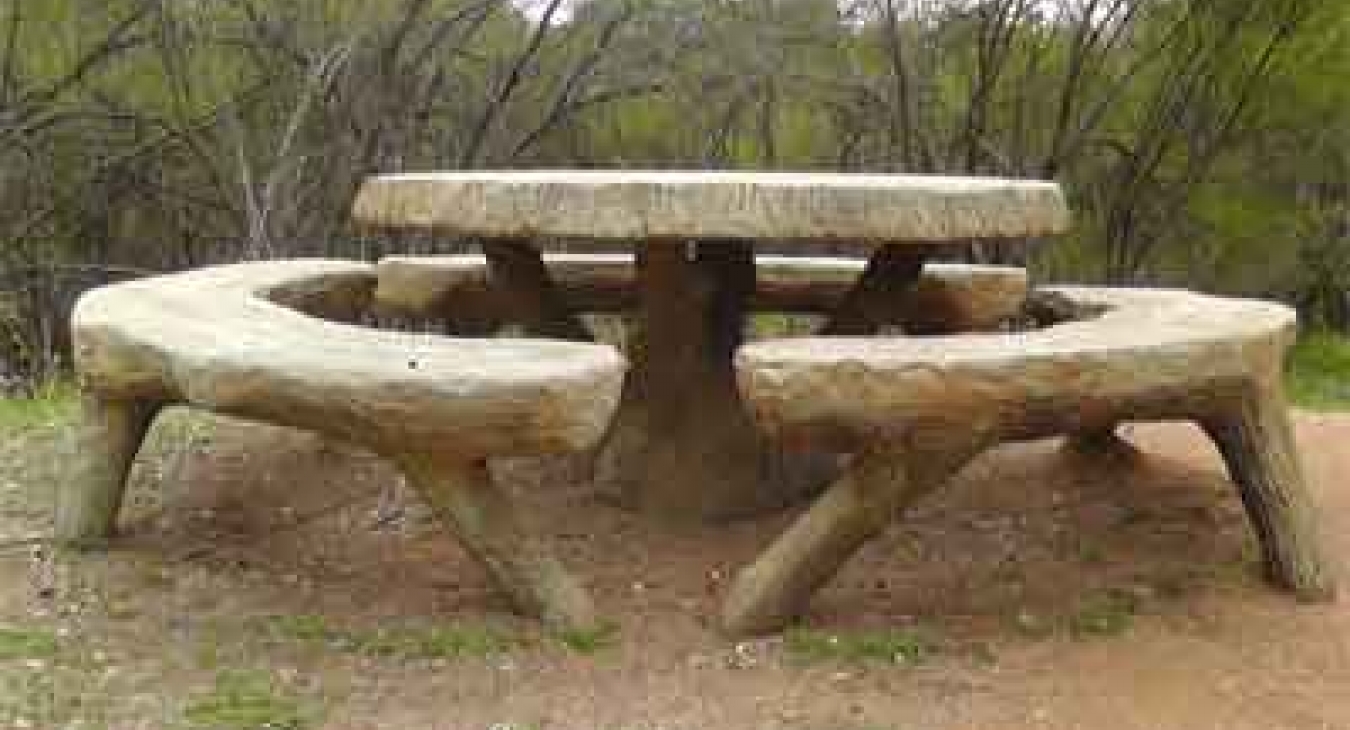 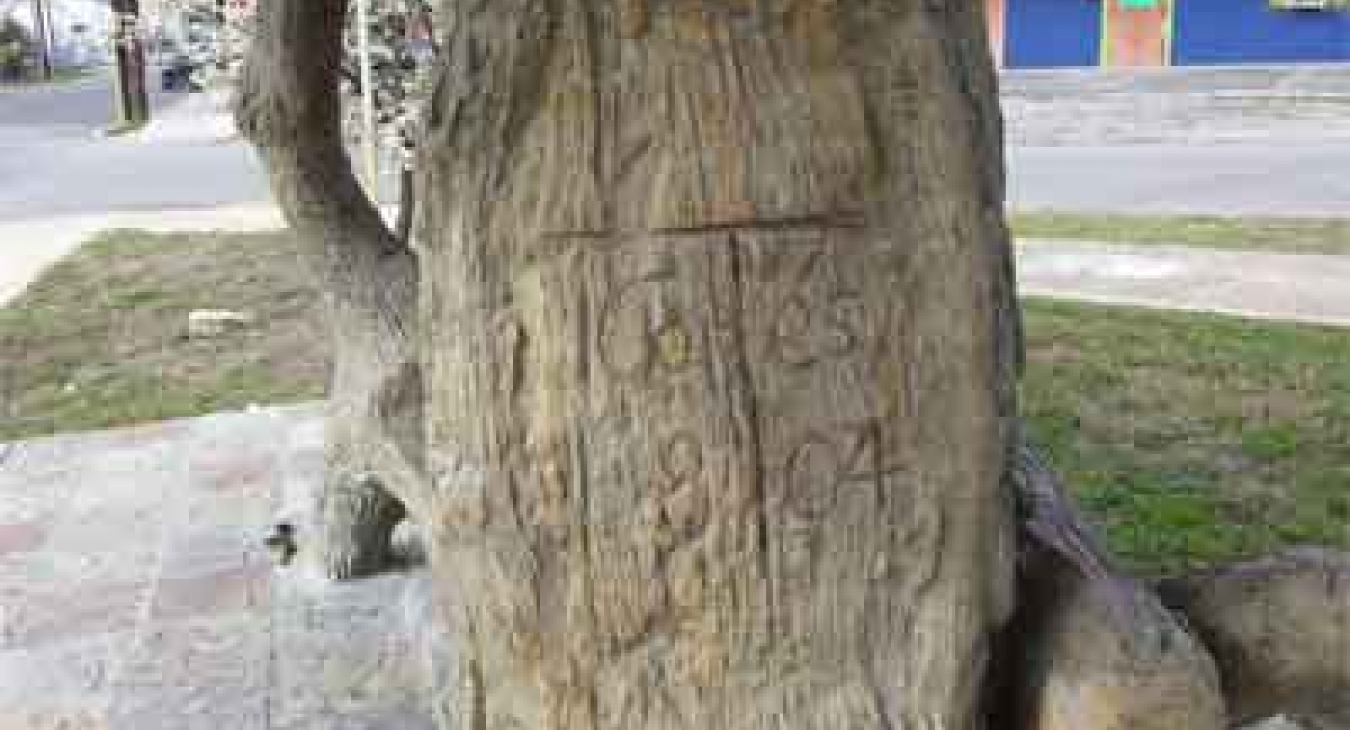 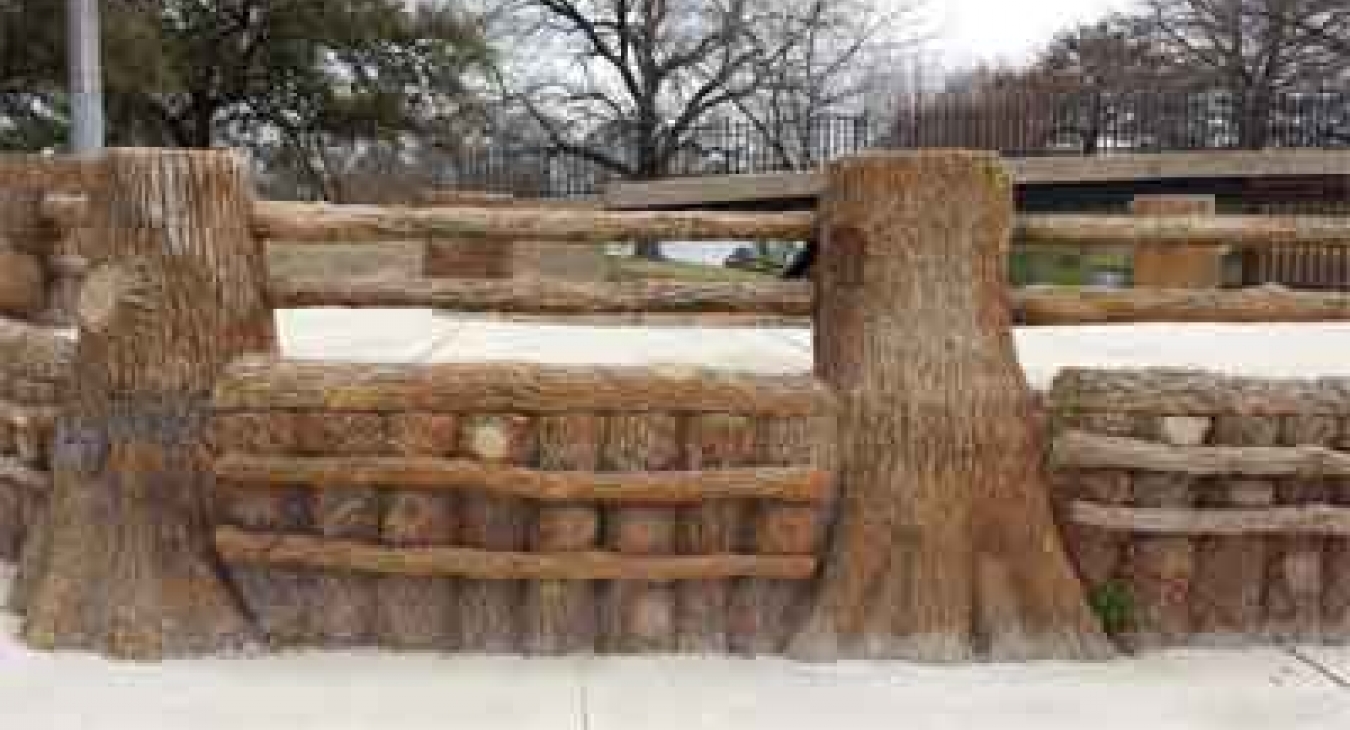 Dionicio Rodríguez moved from Mexico to Texas in the 1920’s to find work. He brought with him the skill and artistry of working cement into shapes that resembled natural forms like wood or stone. This trabajo rústico (rustic work) as he called it. It is also often called faux bois or false wood. Why this particular art form requires a foreign sounding name is beyond me, maybe it makes it sound classier.

While most of his work can be found in Texas, his artistry in shaping and coloring cement can be found in a number of states including Arkansas, Michigan, Tennessee, Maryland, Alabama, Illinois, and New Mexico. The Old Mill in North Little Rock, Arkansas and Memorial Park Cemetery in Memphis, Tennessee are locations of particularly fine collections of Rodríguez’ work. He also has several works in his native Mexico.

Much of his work was designed to make the practical more playful and beautiful. He designed a number of park benches and trolley stops for example, that are attractive and functional. He has designed fountains for parks. One of his fountains can be found in the flamingo enclosure at the Houston Zoo. He also did a fair amount of work at cemeteries, creating artistic sculptures and features to make these settings more attractive. Rodriguez worked to perfect his technique to make his cement works appear to be natural forms and colors. He also closely guarded many of his secrets for forming and coloring the cement.

Some of his most attractive work can be found in public parks. Brackenridge Park in San Antonio is home to many pieces including a hollow tree, park benches and this bridge.

Dionicio Rodríguez died in 1955, however his work has been continued by other artists who are working today. Most notably Carlos Cortés has a studio in San Antonio where he continues to produce trabajo rústico. Cortés is the son of Rodríguez’ partner Maximo Cortés. Maximo Cortés was one of the few individuals that Rodriguez shared his secret techniques. The palapa below is located in a small park and often serves as the site of birthday parties.

Cortés also created this tree house which serves as an education center at the Witte Museum in San Antonio.

Much of Cortés’ work continues in the tradition of Rodríguez in that it combines aesthetic beauty with functionality. Bus stops, park benches and picnic tables are all canvases for Cortes in the creative process.

Cortés has also been called upon to restore some of the works created by Rodríguez and other artists which have deteriorated over time. This trabajo rústico stage at Elmendorf Lake Park in San Antonio was built originally in 1949 by another artist. Dionicio Rosales. It was restored by Cortés in 2010.

As playground designers move more and more away from wood, tires and ropes, they have begun to work more with cement, which allows for site specific unique designs which don’t come from a catalog. Playground designers and architects should take note of these historical pieces. They should ask themselves, what makes these designs stay classic and even contemporary now 60-90 years later? This is an important question to ask when few playgrounds and less playground equipment exists today that were built more than 40 years ago. We can see from the durability of these pieces that playgrounds built with these materials will be around for a long time. Will playground pieces built today from cement still be as compelling in 50 years? What about in 100 years? The corollary to all this is how will these pieces be maintained? A number of pieces by Rodríguez have been damaged or destroyed over time. Damaged pieces have been restored in some cases by Carlos Cortés, however not all cities will have a working artist in trabajo rústico around to make these repairs.

Rodríguez and Cortés show us that a medium like cement that is often not thought of as particularly attractive can be formed into amazing aesthetic beauty.

If you want to learn more about Dionicio Rodríguez there is a book out called Capturing Nature: The Cement Sculpture of Dionicio Rodríguez by Patsy Pittman Light. Carlos Cortés works in San Antonio and samples of his work can be found at http://www.studiocortes.com.