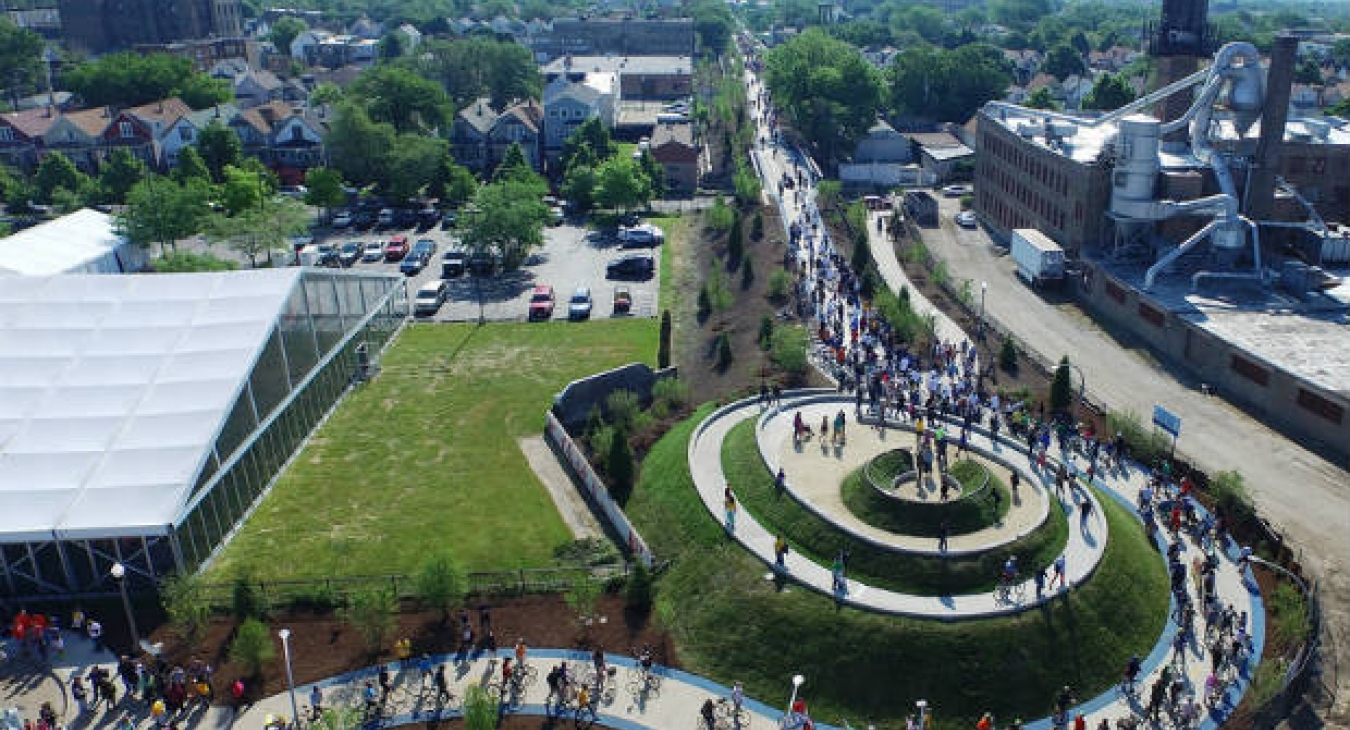 In recent decades, once-struggling cities have been reimagining themselves by evolving from 20th-century-style manufacturing centers to 21st-century hubs of commerce and culture. While each city realizes its own evolution in its own way, one important ingredient of these transformations is consistent among them all: city parks. Like the cities that house them, urban parks take on different forms, from signature downtown parks to reclaimed industrial railways and corridors. Now these corridors, or linear parks, are coming to be recognized as an important part of modernized transportation systems, connecting neighborhoods and residents to new opportunities.

In New Orleans, for instance, residents use over 100 miles of walkable, bike-able pathways every day. Before Hurricane Katrina hit in 2005, New Orleans had just 10 miles of trail. In 2009, the city received $9.1 million from the Department of Housing and Urban Development's Disaster Community Development Block Grant program, making the transformation of the Lafitte industrial corridor into the Lafitte Greenway possible with help from the Friends of Lafitte Greenway.

In 2015, its first full year of use, 272,000 people walked or bicycled the Greenway. That's an impressive number, but it contained a surprise: A study by the Georgia Institute of Technology showed that 80 percent of the weekday morning and afternoon cyclists use the Greenway not for recreation but for transportation to and from work, school, and shopping.

Linear parks like the Lafitte Greenway demonstrate what is possible when we fully consider the role of parks as transportation infrastructure. The Greenway concept is a roadmap to a more sustainable future for New Orleans, supporting public health, recreation, stormwater management, neighborhood investment and job opportunities through connections to low-cost public transportation.

Best of all, the Lafitte Greenway is but one example among many. In Chicago, the 606 line of the Chicago & Pacific Railroad once ferried freight atop an elevated track running along Bloomingdale Avenue on Chicago's northwest side. Back then, it was a symbol of American industrial might and engineering prowess. Today, it is a symbol of the strength of public-private partnerships needed to revitalize aging infrastructure to improve quality of living for city-dwellers.

About a decade ago, with help from the Trust for Public Land and the Chicago Park District, the 606's long-dormant tracks were transformed into a park, and its rumbling, rusting cars were replaced by people on bikes and on foot. This 2.7-mile-long linear park, which once bisected communities, now connects them, linking bikeshare and transit stations with nearby residences, restaurants, schools, and businesses. Each day, more people than ever walk, bicycle, run, scooter or skateboard to work and the surrounding neighborhoods. Traffic averages 3,531 trips every day, most of it during commuting hours, and according to Georgia Tech, 60 percent of the weekday morning and afternoon cyclists are using the 606 for transit, not recreation.

Credit for the 606's success can be spread equally among sectors. Public agencies oversaw its design and construction, public and private donations gave it a financial footing, the federal government contributed nearly half of the $95 million cost through the Federal Highway Administration's Congestion Mitigation Air Quality Program, and volunteers and local stewardship groups enliven it with community activities.

There are similar successes in cities across the country. The City Parks Alliance and Georgia Tech have collected stories and images of these vibrant parks in a new video, City Parks: America's New Infrastructure -- Traffic & Transportation, that features elected officials, designers, researchers and planners talking about transportation as just one of many benefits of city parks that stretch from public health and fitness to environmental management to economic stimulation and job creation.

The substantial and growing returns that parks provide are not always accounted for in balance sheets but are critically important to urban livelihoods and the future of our cities. As leaders at the federal, state and local levels look ahead to allocating scarce resources among infrastructure investments, parks must be a part of the solution.