Video game ratings: What to know before your kid starts playing 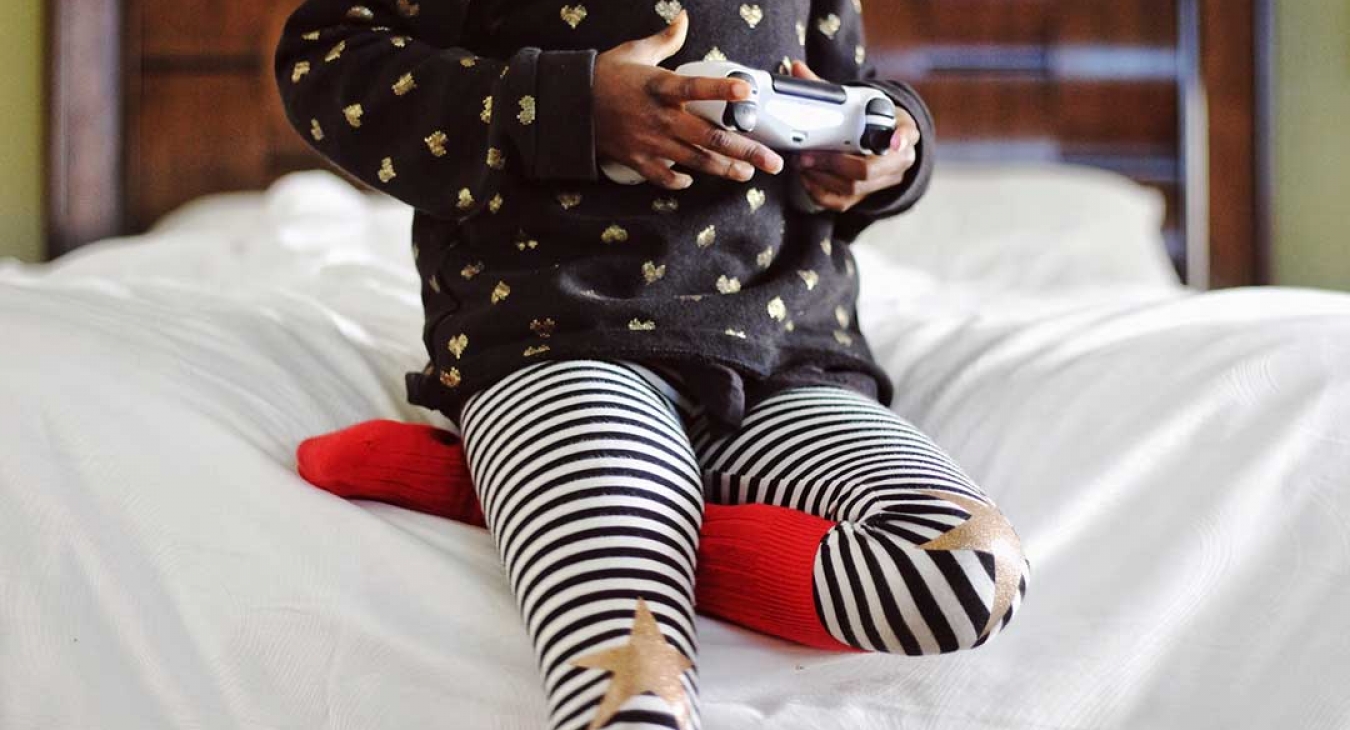 Just like movies have ratings of “G,” “PG,” “PG-13,” or “R,” video games are given ratings depending on the age appropriateness of their content.

In the U.S., the Entertainment Software Rating Board (ESRB) decides and issues video game ratings. The ESRB rates video games on all platforms, from handheld devices to consoles (like Xbox, PlayStation, and Nintendo Switch) to computers.

With the increase in video game playtime as a result of the pandemic, it’s become increasingly necessary to understand video game ratings so that you can keep your kids safe.

It’s important to remember that not all video games are bad. They can be great ways for kids to entertain themselves, socialize, and even develop cognitively, as long as you choose age-appropriate options.

How to interpret video game ratings

For those unfamiliar with video games, ratings such as “E,” “T,” and “M,” may feel a bit foreign. While video game rating systems depend on where you are located in the world, the ESRB’s system is used pretty uniformly across the U.S.

Video games rated “E” shouldn’t sound any alarms—the ESRB has determined that these games are generally appropriate for all ages. If there is any violence in these games, you can expect it to be very mild.

90% of handheld games are rated “E,” so it’s less likely you’ll need to worry about the appropriateness of games on your child’s handheld devices.

The “E10+” rating suggests that video game content is fully appropriate for kids aged 10 years and older. These games may include mild or fantasy violence and slightly more frightening images, but don’t tend to be very realistic.

Games rated “T” are most appropriate for kids aged 13 years and older. Violence and blood are often a bit more pronounced at this rating, and some suggestive language may be used. About 23% of all video games are rated T.

Video games rated “M” should only be played by 17-year-old gamers and up. Mature themes such as the use of violence, blood, language, and some sexual content become more common at this rating.

“AO” for Adults Only

As the name suggests, “AO” games should only be played by gamers aged 18+. Adult content such as violence, gore, language, drug use, and sex/nudity tend to be more prevalent in games with this rating.

Games marked as “RP” don’t suggest anything about game content. RP suggests that the rating still needs to be determined, although the game is already being advertised and prepared for release.

With the release of new video games every year, it’s natural for parents to exhibit caution when purchasing content that children will be consuming.

2021 is no exception, and with more people turning to socially distanced activities as a result of the pandemic, video games have become an even more prevalent source of entertainment and connection. Data from the ESRB on the topic tells both an encouraging and cautionary tale, according to Norton’s video game ratings study.

The majority of video games are safe for everyone

While video games are sometimes perceived as entirely violent and inappropriate, nearly 70% of them are actually deemed appropriate for all ages by the ESRB. And while it’s true that many E-rated games include descriptors of mild violence, over half don’t warn of any suggestive content.

About half of all video games contain violence

Parents’ concern for their children’s exposure to violence in video games is not unwarranted, with about 49% of video games containing violence of some sort. That said, most of this violence is described as “animated,” and doesn’t always contain blood and gore. If you’re concerned about the content of a game, it’s a good idea to explore its contents in greater depth, as the ESRB rating may not provide the specificity you’re looking for.

All this to say, video game ratings and descriptors provide a helpful peek into the age-appropriateness of a game. That said, they only provide a partial story—you may want to do some additional research into the games your child wants to play or even test the game yourself ahead of time to make sure you’re comfortable with its content.

For more context on how video games are rated, reference the infographic below courtesy of Norton: