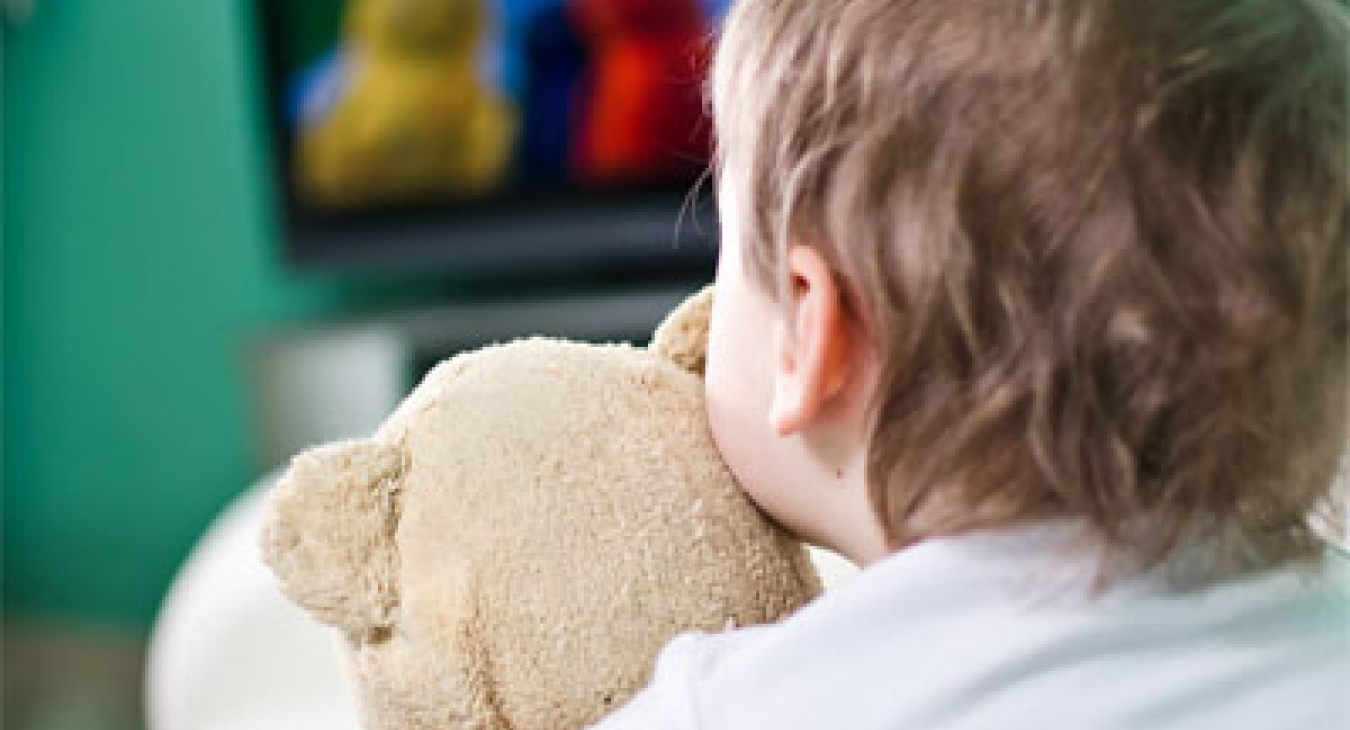 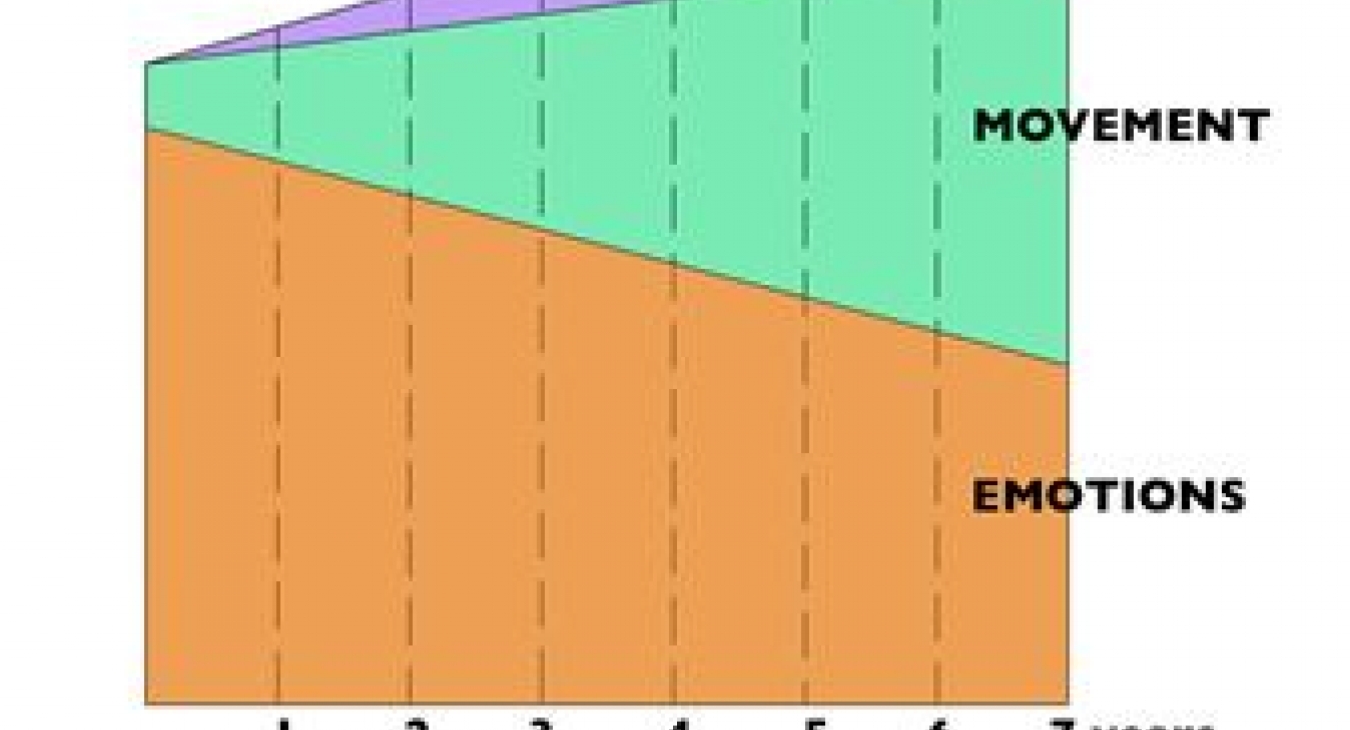 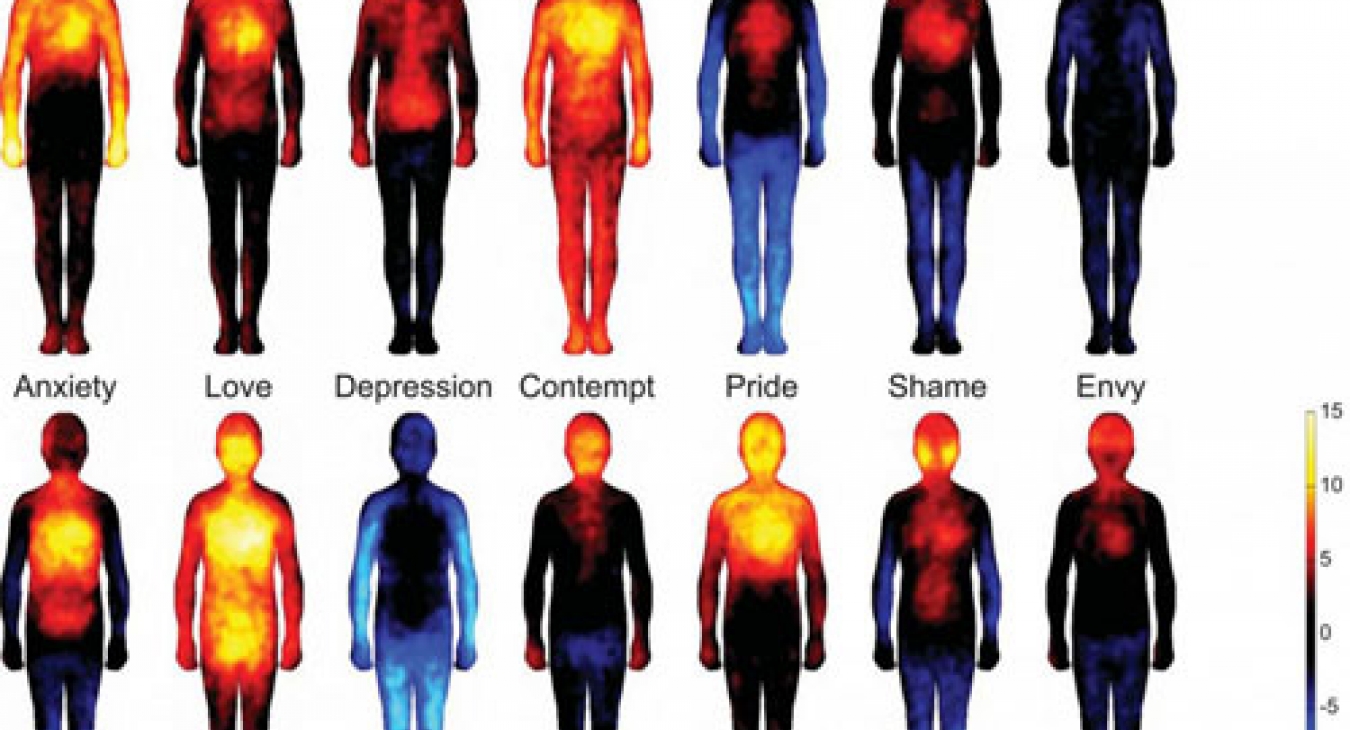 I have a new grandchild and have been able to closely observe her and ask myself what is she thinking? After several months I have concluded that for the most part she isn’t thinking at all, at least as we normally think of thinking. That’s not to say her brain isn’t working, it’s going at top speed, at least while she’s awake and has her other needs met, taking in everything in her environment. But her processes of discovery and pattern recognition are not the same as thinking.

Whether you agree with my assertion that infants may not really “think,” you must agree that their emotions are operating at full speed. In just five minutes of observation I can see Bonnie’s face express surprise, recognition, discomfort, curiosity, love, and more.

I’ve watched my grandson, who is just two years old, run down the slope of our driveway. He’s at the stage where he’s learning how to control his speed and not get carried away and do a face plant. In those moments I am quite certain that he is not “thinking” about the mechanics of his walking gait but rather enjoying the emotions that arise. As I try to empathize with him, I suspect he is feeling joy in successfully performing a difficult task. He’s very much into airplanes and looks up every time one flies over, so I also imagine that he can relate his running down the slope with flying. He certainly makes the connection when he’s swinging at the park. It helps that his parents will often accompany swinging with a chorus of “Look, he’s flying.”

So what is going on here? What these observations imply is that play in infants and toddlers is predominately, if not entirely, emotional. I think it is fair to say that the strong emotions that arise within the body during play form the basis for concept development and language acquisition. Well, duh! We’ve known this process for as long as we’ve had a science of child development. The thing is, we often don’t behave as though we really understand and value the dominance of emotion in early childhood.

I recently read an article from the Guardian, Newborn babies may be more developed than we think, that is typical of the way we address infant and toddler development. The studies cited in the article all asked what is the child doing intellectually? I contend it would be much more useful and productive to ask, what is the emotional state of the child?

The chart is meant to show what kids are “doing” as they develop. The infant is all about their emotions. By about seven years of age, movement begins to dominate the child’s life. The chart is just conceptual and not meant to provide quantitative data; rather it is to illustrate that play settings for the youngest children should be designed primarily for emotional development and play settings for older children should be equally concerned with active play and social play.

When we attend to the sensations in our body, we are in the here and now. Unlike our mental processes that allow us to look both forward and backward in time, sensations are neurologic events and cannot occur in the future or the past. Emotions too, since they are essentially bio-chemical events experienced through the body, are only possible in the here and now.

It is difficult for adults to fully appreciate the child’s experience since it is almost entirely emotional without the overlay of adult “thoughts.” To use the language of psychology, what we are looking at is difference between a “pre-conscious” state and a “non-conscious” state. The infant is totally in their body’s sensation and experiencing emotion, but the mental aspect of their brain is just emerging; they are learning to become conscious. In an adult who is mediating the goal is to quiet the brain of thoughts and feelings by allowing flow without paying attention to them and thereby become essentially non-conscious.

This distinction is important, because in order to connect with children during play, we must be able to connect with our own emotions. The problem is that we tend to be more concerned with the child’s performance, watch for the first steps, the first words, etc. rather than entering into the state of joy as children as they reach these milestones.

In both my experience as a kid and what I have learned through observation of children is that there is a feeling of satisfaction when you imagine doing something and then successfully having the body perform what you envision. We can see this joy so clearly on the toddler’s face when they can finally walk to you from across the room. I’m sure you can remember the first time you could skip a rung on the monkey bars and the emotional sense of satisfaction. My conclusion is that the body just “feels good” when we are able to move spontaneously and with fluidity.

A recent study looked at how emotions are reflected in physiological changes in the body. It would be very interesting to track when, in a child’s development, each of these emotions becomes part of their feeling states. What the study did not examine was how interaction with others can change the body’s emotional state, for example how a hug can turn sadness into happiness.

What is striking for me is that the graphic created by the researchers illustrates how the body can be mapped to show how we “embody” our emotions. This capacity to feel emotion develops over time and is largely learned, and yet we pay very little attention to emotional development in children and our focus is generally on cognitive or physical skills. But let’s look at how paying attention to emotional development can be beneficial. Take the situation where two children at play are having difficulty sharing. We tend to try to resolve the conflict with words when in fact the children’s ability to feel their emotions and moderate them is the essential skill that this situation requires.

In 1975 Mihaly Csikszentmihalyi published his seminal work: Beyond Boredom and Anxiety: Experiencing Flow in Work and Play in which he introduced the notion of the “flow” experience, that is, it is a state in which people are so involved in an activity that nothing else seems to matter. For those not familiar with his work I urge you to explore some of his writings, as they are very useful in our understanding of play.

There are studies that suggest that when we are in flow-play, our brains are optimally open and processing at maximum capacity. What is the brain working so hard on? I contend that what is happening in flow-play is integration, that is, when the brain is pulling all of our thoughts and feelings into a unified whole. It is through the process of integration by which we “become” who we are, and it is most powerfully supported in flow-play.

In this and the preceding articles I have explored a new way of thinking about play. I assert that that our focus should be on the emotional aspects of the child’s experience rather than worrying about what they are learning. When we create settings in which the child is free to enter into flow-play, they are integrating their sensory, emotional, and intellectual capabilities at the optimum level.

I have been heartened by the discovery of the work of the developmental psychologist Alison ­Gopnik. Her most recent book, The Philosophical Baby, reinforces the positions I have been taking in these past blogs and adds additional science and detail to this discussion. In my next blog I will share with you how Alison’s work informs and expands what play means and how environments can support good play experiences.