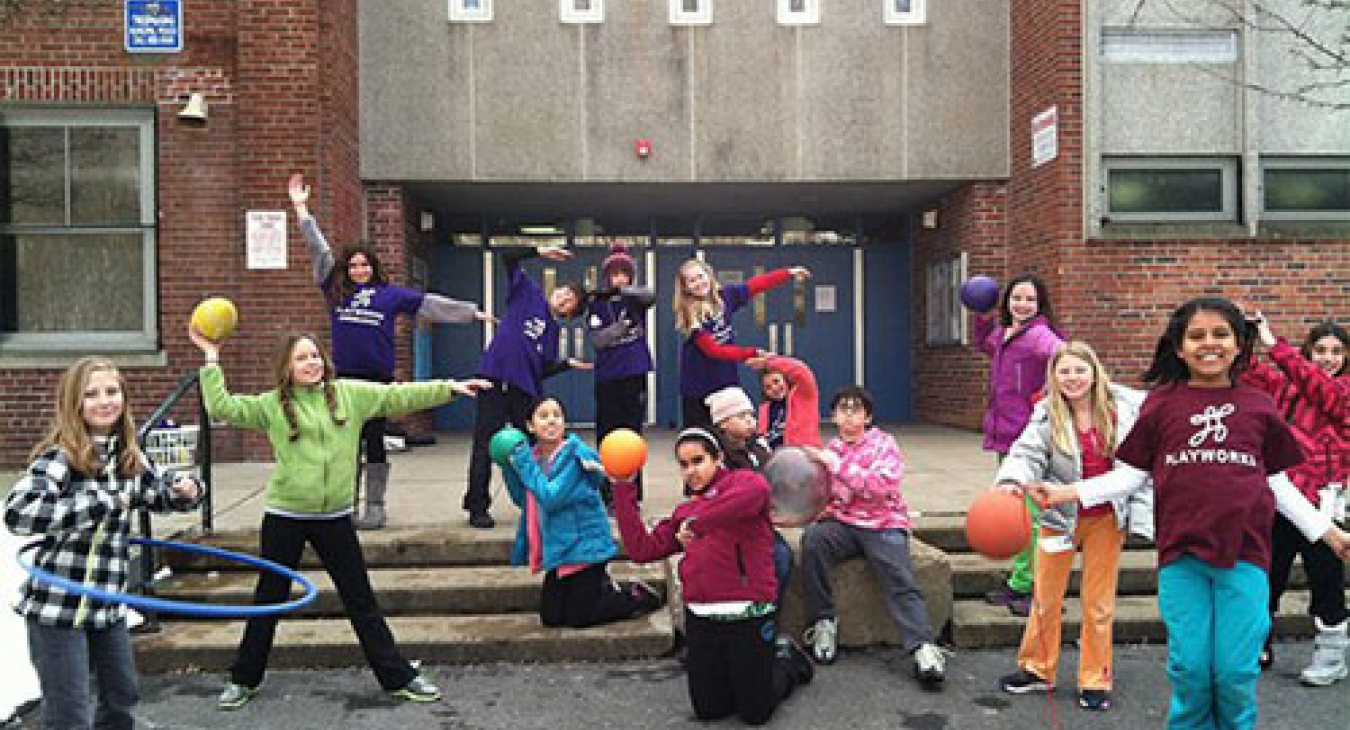 The city’s school department is getting serious about playing, this year requiring that all Boston schools, kindergarten through eighth grade, have recess.

The move is the result of efforts in recent years to buck what had become a trend where schools were cutting back on recess time for students.

“For the last four or five years now Boston Public Schools has been focused on improving the health and wellness of the students,” said BPS Health and Wellness Director Jill Carter. “We are really trying to connect the importance of health and learning — healthy students are better learners.”

Carter calls the policy “one of the most substantial in the country” and says that BPS has a district wellness council for different sections of the city, and that every school now has its own wellness council. The job of these councils is to create specific health and wellness plans for each school.

According to Carter, the move to require recess is a critical step toward increasing the health and wellness of students, but BPS is also working on improving the physical education component of schools as well.

She said, as it stands, there are very few elementary schools that don’t have physical education.

“More than 90 percent have physical education,” she Carter said. “We do have a large number of elementary schools that don’t have gymnasiums, which makes it hard.”

Carter points out that for most K-8 schools recess has always been part of the student experience, but having the BPS requirement now ensures the students will get the benefits of recess going forward — of which there are many.

“We absolutely know that it is important to the health of the kids long term to have them move, but it is also important for them to get out every school day and have them socialize,” Carter said. “We wanted to have quality recess, which really means kids being physically active and positively engaging with students and staff that are out there on the playground.”

For BPS, however, it is not as simple as just turning kids loose outside and letting them run around. Though a recess requirement is now in place, with recess often around 20 minutes, it is important to make sure the time is being used effectively by the students.

There are organizations that help schools run effective recess and train teachers to do so. One such organization is the Oakland, Calif.-based Playworks, which is a national nonprofit that supports learning and physical health by providing safe and efficient play environments in urban schools. Playworks has a Boston office and has already been working with BPS in 30 schools, through a previous grant.

Carter says the hope with BPS’s new efforts this year is to build on what Playworks has been doing.

Max Fripp, executive director for Playworks in Massachusetts, explains that what Playworks does is provide fulltime coaches who work in schools to ensure effective recess.

The first thing that Playworks looks at is the organization of recess and makes sure that the students have clear and defined activities. Playworks coaches establish a number of “game stations” that make it clear where and what game is happening and have any equipment for the game already set up, according to Fripp.

Games range from the traditional school yard activities such as four square, wall ball and kick ball to restructured games that take established sports and make them more effective for a playground environment, such as three line soccer.

Playworks coaches will also use class time to introduce new games in what the organization calls a “game of the week.” Fripp explains that, in this way, the students know the rules of the game and know how it is played and will be ready to go when recess starts.

“We are always able to have new games to keep recess fresh and the kids are not getting bored,” Fripp said.

Making a routine of recess with established games and rules is critical to organized and effective physical activity for all students, he added.

While few would argue against the benefit of students being active for even small portions of the school day — with the child obesity rate around the United States being labeled a crisis in many places — according to Fripp the benefits of good recess going far beyond that.

“We use the playground as an unconventional classroom where we are teaching social skills and leadership skills and teamwork, what some people call soft skills, but we know is important for building future leaders,” Fripp said.

He said effective recess has proven to reduce bullying, improve social skills and actually help teachers recover hours of instructional time on a weekly basis. Playworks helps accomplish these things by not just focusing on how the kids play but also teaching them how to resolve conflicts and positively support other students through tactics such as using rock-paper-scissors to decide outcomes and emphasize giving high-fives and using terms such as “good job” and “nice try.”

The energy expanded at recess also helps students get back to work in the classroom more quickly and be more attentive to teachers. “Young people and adults need to get energy out and recess is a great way to do that, it is built into the day, and let’s make it awesome for kids,” Fripp said.

“If you can create a recess experience where kids feel safe where they feel included where they can play wherever they want that has an impact on what it feels like in the building and how the school functions.”

BPS’s recent recess initiative has received the backing of Harvard Pilgrim Health Care Foundation, which gave a grant of $84,000 to improve recess in 15 schools in a program called “Let’s Move in BPS Recess.” The name reflects off the national program, “Let’s Move!” started by First Lady Michelle Obama to combat childhood obesity.

The funding will allow BPS to bring in recess coaches at these additional schools, which include Russell Elementary School in Dorchester and Hale Elementary in Roxbury.

BPS’ Carter acknowledges that the funding is a crucial part of improving recess for the city’s students and, along with what is already being done at the 30 other schools with Playworks, wants to use the money to establish a model for the whole city.

“What we would ideally do after we work with these 15 schools is to then move on to another 15 schools and provide that support, but that would take additional funding,” Carter said. “When you get an opportunity like this it is really important to do it well.”

Top photo: Boston Public Schools has mandated that students in all grades from kindergarten to eighth have recess. The city is working with organizations, including Playworks, that help make recess time effective and organized. Students at The Manning School in Jamaica Plain have been working with Playworks to improve their recess. PHOTOS COURTESY OF PLAYWORKS