Buying A Playground Can Be An Adventure 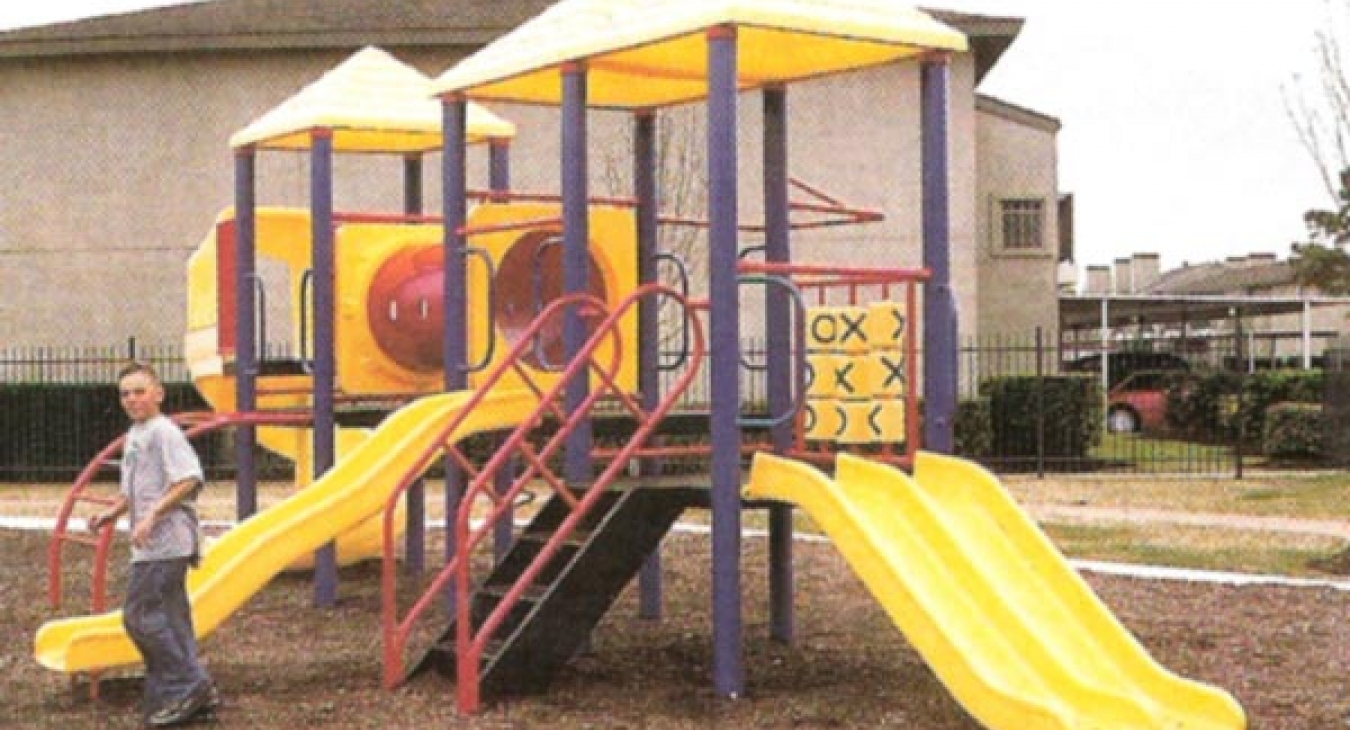 Considering the difficulty of the challenge, the name is appropriate.

"At this point, we're a considerably smaller company when compared to the big movers and shakers like Miracle and Game Time," says James Contreras, president of Adventure Playground Systems in Houston.

"But I assume that they had to start somewhere, just like us."

Contreras began the Adventure three years ago. After a number of years of manufacturing metal furniture such as chairs, tables and beds, he started to look into building playground equipment. His wife worked at a residential playground company and the couple decided, "Let's do something similar to what they're doing, only in commercial."

Because Adventure is still so young, Contreras has a large supply of hats to wear: "I'm the president, the accountant, the designer, the salesman and the guy overseeing production and the installation crew. I pretty much do it all."

What Adventure does is build a line of play systems in 10 different configurations with a complete selection of climbers, slides, ladders, panels and monkey bars. In addition the company also builds swings, and side amenities such as picnic tables, benches, soccer goals, signs, trash receptacles and steel~framed barbecue pits. 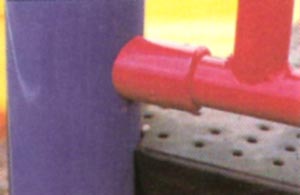 Most of Adventure's play structures are currently sold in Texas, although some have been installed in Arizona, New Mexico and South Dakota. Rainbow Play Systems, a backyard playground company, sells Adventure equipment in the Lone Star State, and Contreras hopes to someday entice Rainbow dealers in other states to sell his products.

'We've done pretty well with the Rainbow dealerships throughout Texas," he says. "They've been very happy with our seNice and our product, so our next step is to solicit sales reps throughout the United States and see if they might be interested in carrying a commercial line."

Contreras sells most of his playgrounds to smaller entities such as apartment complexes, churches, daycare centers and homeowner's associations. Although Adventure equipment looks just about like any other playground components from afar, Contreras feels that there is one feature that is rather unique to his equipment. Rather than use clamps to secure panels and decks to the posts, there are already tabs in place so there's no confusion over where on the post they are to be connected.

"All our tabs arc welded to the post so that when you get out in the field, you really can't mess it up. As long as you follow the sequence of posts, everything lines up.

"It's a little different from the clamps used by other companies. With clamps you have to figure out where on the post the clamps go, the angles and all that kind of stuff, so there's a lot of possibility for error as far as the installation crew is concerned."

Contreras realizes that his company is still a long ways from competing with the big boys, but he feels that Adventure's future is bright.

"The quality of our product is good, and it's still fun," he says. "I like coming to work every day, and that's one of the biggest pluses of any job- that it's still fun."