Part 4 of 4 - Playground Surfacing Requirements and Injury Reduction: How much of either is enough? 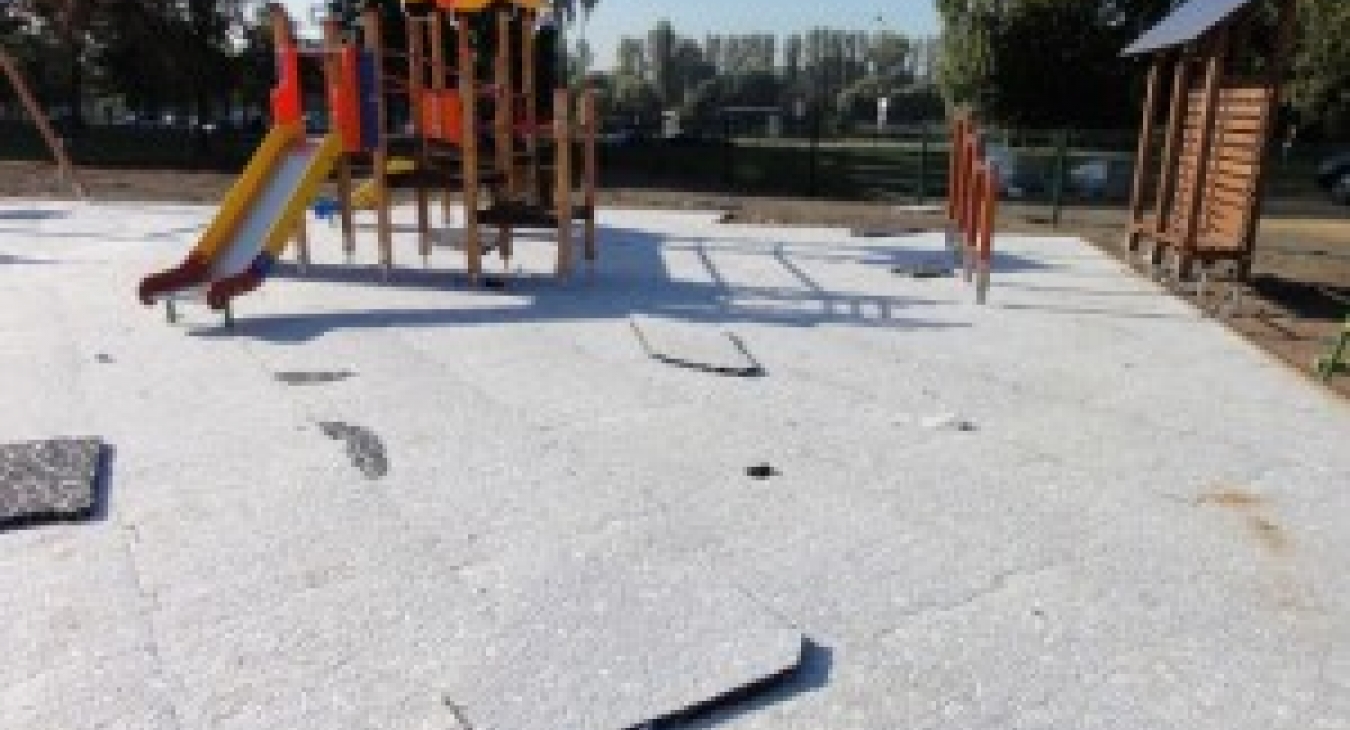 Is lowering the Head Injury Criteria (HIC) to 700 the magic number to reduce severity and frequency of fall related injuries? How many children have to be severely injured or die from a fall on the playground before we can justify some enhanced performance measurement for playground surfaces? Why are some questioning the use if the National Highway Transportation Safety Board’s (NHTSB) research as rationale for our surfacing impact thresholds? Some are questioning why we are not following the NHTSB research recommendations for automobile crash protection of 700 HIC for School-age playgrounds and 560 for pre-school age playgrounds. Why use 700 HIC for both? The NHTSB’s action has resulted in a 10% reduction in Traumatic Brain Injury (TBI) over a 10 year period once the new impact attenuation thresholds were implemented. Is that a significant improvement in cost for residual benefits to society versus the cost to the consumer to implement? The NHTSB could not give us this good news until the new standard was put in place and it probably took 10 years of before this standard was put into most cars on the road.

I cannot tell you when or if a reduction in the playground surfacing thresholds may occur but in the meantime if we are ever going to see any reduction in fall related injuries it will require owner/operators take action in these four areas.

First, they need to become more knowledgeable in all the factors related to the performance of all playground protective surfacing systems.

Second, they need to become knowledgeable in all the industry requirements and best practices for maintaining compliant surfacing systems.

Fourth, they need to develop and implement operation procedures to address all of the above by improving the inspection and maintenance of their playground surfacing systems.

These steps are the only way the playground owner/operator can ensure compliance to current industry standards. Compliance to standards should reduce liability exposure and since there are still many public play areas that have surfacing that is far from compliant it also might have an overall positive impact on the frequency and severity of injuries. Without implementing any of these actions we will continue down the same path we have been on for years. Fall related injuries will not diminish and millions dollars will continue to be paid out primarily due to long bone fractures. I am concerned one of the unintended consequences of the status quo mindset could lead to fewer play opportunities as local governments implement liability avoidance tactics and remove playgrounds. Some have already implemented policies that have eliminated swings and other motion equipment because of injuries sustained and the amount of money that has been paid out by insurance companies.

Other playground surfacing challenges within the USA

The USA has other challenges beyond just impact attenuation performance of playground surface systems. They have to address the minimum accessibility requirements of the Americans With Disabilities Act. This Federal law has been the driving force behind the use of unitary rubber surface systems. There have been some local studies to suggest these unitary surfaces have brought about a concern about a rise in the number of long bone fractures. There is also anecdotal evidence to suggest the number of long bone fractures have increased where unitary surface is installed under and around upper body equipment, such as horizontal (hand over hand) ladders. The cause is believed to be the lack of surfacing disbursement after initial impact. It appears that while playground designers were attempting to address accessibility with the introduction of firm and stable unitary surfaces systems the result may have negated the energy displacement benefits of loose-fill surfacing materials primarily from other than direct vertical falls.

I, for one, have been around this block too many times over the past 10 years of open debate. I have heard all the concerns raised for and against the change. I have done my best to get as educated as I could on the complex issue. In addition to participating in the ASTM F8.63 Subcommittee meetings I attended the October 2013 TÜV Austria Academy Playground Safety Day Conference in Vienna in order to become better informed on the subject and what other issues might be of international concern. The focus was on the performance aspect of playground surfacing standards. A key discussion point was the perceived or real negative impact changes to the surfacing safety performance requirements might have on the developmental benefits of risky play. Another concern raised at this conference was the potential loss of financial resources for creating more play opportunities by having to allocate these funds towards the increased cost of safety surfacing. I have heard this same concern raised throughout North America. Would we have the changes brought about by the ADA for playground accessibility had we agreed with the concerns raised about all the increased costs for compliance. Following this group think rationale about the fear of excessive compliance costs we might not even have the current ASTM Standard. I do believe there may be some increased costs but I also know there currently are many surface systems out there that meet this new proposed threshold and are comparable in cost to what is being used today. I do not think every playground that complies with the current threshold needs to automatically close down their playground until they can replace the surface should the threshold be lowered but I would first make sure I had developed a long term plan to replace these surfaces and my playground equipment as my replacement schedule is implemented.

I knew very little about Traumatic Brain Injury (TBI) before this debate started. I thought I knew what a concussion was until I attended an all-day ASTM F8 Symposium on the Mechanism of Concussion in Sports in Atlanta in 2012. We tend to use the term concussion without an understanding of the various levels of severity and how difficult it is to properly diagnose the severity in children. The meeting was well attended by people with diverse backgrounds related to the topic of TBI, impact injuries and performance of various impact absorbing equipment and materials. I also participated in two meetings with the Center for Disease Control (CDC) on all things related to Traumatic Brain Injuries. We shared each of our efforts to reduce TBI in children. The CDC presented their plans to better educate the general public on the rise in TBI in all areas of youth sports. The public playground is one of their major areas of concern. In spite of all these meetings and a review of current literature on all subjects related to impact injuries, primarily serious brain injuries, I have come to realize that the more I know the more I realize I don’t know.

Everyone is entitled to their own opinion. I have formed my own. My vote has always been based on all the information that is available. Some argue there is no evidence to suggest the reduction is necessary and we should not do anything until that evidence has been presented. On the other hand, I could argue the information we are currently using does not support our current thresholds. Can we objectively present any solid research that substantiates the current standard of 1000 HIC and 200g meets the scope of the F1292 or F1487 Standards. When it comes to reduction of frequency of specific severity of injury types, I can support the recommendation to lower the current threshold to something that is known to reduce the injuries our standards are supposed to address. In the meantime, if anyone is concerned with keeping the performance of their surfacing in compliance with current standards throughout the projected life of their playground I suggest you do the four things I mentioned earlier in this column. Beyond that you might also consider the following three things:

Second, voluntarily consider specifying an impact attenuating performance threshold of 700 HIC. The F1292 standard says the owner/operator can specify a threshold lower than the standard minimum requirement prior to purchase.

Beyond these actions, we can always attempt to challenge the current legal system in the USA, however I am forced to live in the real world as imperfect as it may appear to some. Only good proactive management decisions can reduce a playground owner’s exposure to potential liability.