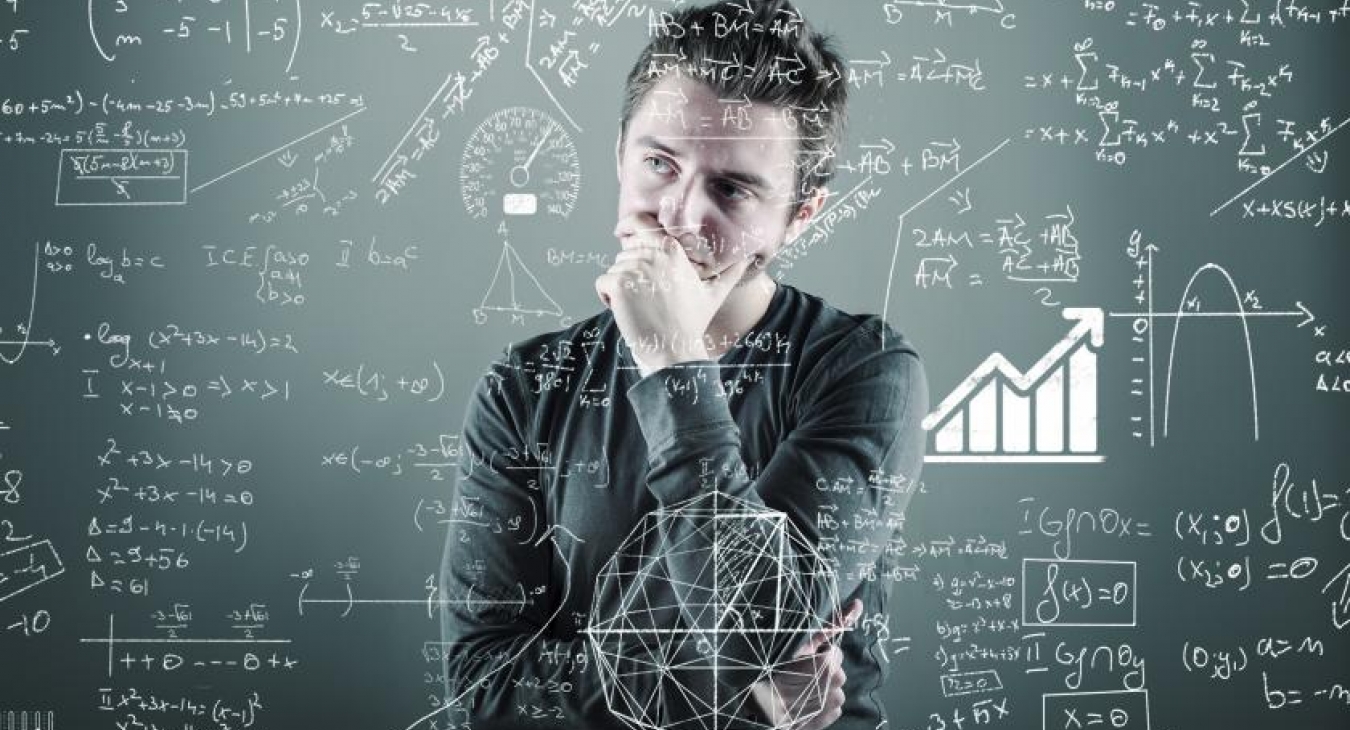 Curtis’s research paper spans more than a decade of data comparison coupled with personal survey results of agencies within California. The Certified Playground Safety Inspector, the inspector’s supervisor and the agencies risk manager were surveyed and those results were compared with injury data supplied by the agencies risk manager and analyzed. Part 2 will look at what Curtis identifies as the three powerful prevailing elements guiding certification effectiveness. They include the relationship between; current certification, experience, and resources.

The following studies were used as a basis for supporting the conclusions of Dwight Curtis’s research.

Most studies on playground safety cited national injury statistics. The initial data that were gave rise to the CPSC report on playground injuries in the early 1990s came from the National Electronic Injury Surveillance System (NEISS). For nearly 35 years, the CPSC has operated this statistically valid injury surveillance system. The principal purpose of NEISS provided relatively timely data on consumer product-related injuries occurring in the U.S. The CPSC initiated an expansion of the system to collect data on all injuries in 2000, allowing the system to be even more useful. NEISS injury data were gathered from the emergency departments of 100 hospitals selected as a probability sample of all 5,300+ U.S. hospitals with emergency departments.

Though there was no question that the data provided through the NEISS system was useful and needed, it was not necessarily real time as suggested by the stated primary purpose. Reported playground injuries cited in 2001 were still being cited in 2009. As a rule of thumb for interpreting all data from published research, wild swings in data should be considered with caution.

The second source of playground safety certification was the NPSI, a subsidiary organization of the NRPA. Since attaining the NRPA National Certification Board’s approval in 1994, more than 50,000 people across the United States have been trained and certified through the NPSI course since its inception. Only the NRPA CPSI certification requires re-testing. As a result of this requirement the total number of CPSIs listed on the NRPA CPSI Registry at any one time averages between 7 and 8 thousand.

The NPPS released a playground safety report card for childcare, school, and park playgrounds in the United States based on assessments of more than 3,000 randomly selected playgrounds (NPPS, 2004). An original assessment was conducted in 1999, with a follow up study in 2003. The four elements of the NPPS S.A.F.E. formula were (a) supervision (S), (b) age appropriate design (A), (c) fall surfacing (F), and (d) equipment maintenance (E). Nationwide, the grade for the supervision component declined from a B- to a C between 1999 and 2003. During the same time period, the age-appropriate design element increased from a C to a C+. The fall surfacing element increased from a C to a B-, but equipment maintenance component did not receive an overall grade. The reported grades for each state in the playground safety report card were assessed for relationships to this study’s playground safety inspector certification model. Supervision, Age-appropriate equipment, Falls - impact attenuating surfacing, Equipment maintenance (S.A.F.E.) State report was provided.

The following study comes from Curtis’s research. It is the tool used to support the conclusion that CPSI certification adds measureable value to an agency and reduces playground injuries.

A second purpose of this study was to develop a model to identify the three primary elements of playground safety inspector certification and examine how each influences reducing injuries on public playgrounds. The Curtis Playground Safety Inspector Certification Effectiveness Working Model (CPSI-CEWM) was developed to fulfill this need and focuses on the impact these elements had on creating an effective playground safety inspector. Ultimately Curtis was looking to substantiate any measurable positive impact and value CPSI certification had on improving the quality and safety of their agencies playgrounds while reducing the number and severity of injuries.

The first primary element of the CPSI-CE Working Model was ‘current certification.’ Training and education were only as useful as current relevance, and playground safety inspector certification was only as useful and effective as the breadth and accuracy of inspectors’ knowledge. Stoddard (2008) suggests those who attended the NPSI and NPPS playground safety inspector certification courses have a more comprehensive understanding of the CPSC Handbook and ASTM playground-related standards than do those that were not certified. With these standards continually changing, current certification holders were better able to keep abreast of current standards by maintaining involvement in the education process.

Cegielski et al. (2003) emphasized a person’s increasing knowledge and skills in an area of specialization, promotes retention, a defining characteristic of expertise among playground safety certified professionals. Typically, expertise and knowledge expanded through formal education and application of knowledge. Thus, a current CPSI provides a method of estimation of an individual's expertise via a standardized measurement instrument. However, earning the CPSI did not in itself render the individual an expert in the application of the public playground standards of care (Kutska, 2008; National Playground Safety Institute, 2010). The training objectives of both the NPSI and the NPPS playground safety certifications were to ensure that the successful certification holders have acquired necessary knowledge and specific competencies through formalized coursework (National Playground Safety Institute, 2010; National Program for Playground Safety, 2011).

CPSI certifications, along with on-the-job training and experience and continued study of CPSI course publications that were correctly and consistently utilized in the field helped generate an experience level essential to be considered a playground safety expert (National Playground Safety Institute, 2010; National Program for Playground Safety, 2011). Kutska (2008/2009) suggests that the reality was that the maintenance staff care about and want to maintain things the way they were designed, but to do so, required adequate manpower, money, and time to maintain playgrounds effectively. In an NRPA survey, between 50% and 74% of parks and recreation agencies budgeted funding for professional CPSIs. However, only 49% of employees demonstrated any interest in the CPSI certification (National Recreation and Park Association, 2010). This discrepancy emphasized that obtaining and maintaining current CPSIs were a challenge for maintenance staffs.

The second primary element of the CPSI-CE Working Model was ‘experience.’ Regardless of the occupational field, it was only logical that training required some level of practical experience to realize the full benefits of certification. In support of the essential need for the CPSI, Peterson (2002) argued that one of the most straightforward means of developing the risk management skills needed for safer playgrounds was to become acutely aware of how to identify hazards through CPSI training and experience. No research was found directly relating to playground safety inspector certification and experience, but the correlational research in teaching and business professions support this notion.

Kutska (2008) also made an interesting and relevant point about the difference between merely having a playground safety certification and being an experienced expert as a playground safety inspector. It is not uncommon for inexperienced CPSIs to contact CPSI instructors and solicit solutions to playground safety issues. In today’s litigious environment, NRPA/NPSI and CPSI course instructors have found it necessary to become more guarded in offering solutions to specific questions. The result was a requirement for CPSIs to understand and apply standards and guidelines in the field, thus arguing for a more rigorous practical applications portion of training. A related study (Jepsen & Rivken, 2009) found that having a first-year teacher as opposed to a teacher with at least two years of experience decreased achievement by an average of 0.10 and 0.07 standard deviations in mathematics and reading. Results also found a significant quality variation between fully certified and non-fully certified teachers. If Kutska’s (2008) contention that CPSI certification and experience results in fewer and less severe playground injuries was correct, then this makes a powerful argument for the need for field experience to be a part of CPSI certification and recertification.

CPSI certification and experience go beyond maintenance. Playground design, improper equipment, and installation issues account for two out of three reported playground injuries (Peterson, 2002). Stoddard (2009) advised that when having a playground designed, be sure the designers were CPSIs. This precaution provided a reasonable assurance that designers understood the playground safety guidelines and standards and would be more likely to implement them into specific playground designs.

The third primary element of the CPSI-CE Working Model was ‘resources.’ One of the top two causes of playground-related injuries was facility deficiencies or inadequate maintenance. Several researchers (Kutska, 2008; Iverson & Payne, 2008-2009) suggest that for CPSI certification to be effective, it was crucial for playground maintenance operations to have the financial resources, personnel and opportunities to implement the CPSC Handbook and ASTM playground-related standards. Delivering safe playgrounds that meet safety requirements was the overriding expectation of the public. Thousands of publicly-owned and maintained playgrounds were found to be in disrepair throughout the United States because of budget cutbacks. The National Park Service estimated that in 2008, the funding shortfall throughout the country was more than $27 billion, with a large portion of these funds typically allocated to rehabilitation, maintenance, and renovation of aging and deteriorating facilities or playgrounds (National Recreation and Parks Association, 2008). Ginsburg (2011) stressed the gravity of the funding crisis, citing results of a survey by the National League of Cities which determined that 87% of cities were less able to meet fiscal needs in 2010 than in the previous year. Stoddard (2009) further argued it was the owner’s duty and responsibility to provide complete and thorough maintenance for all playgrounds.

Unquestionably, political resolve among governing bodies was essential for CPSI effectiveness. Adequate funding, manpower and time were necessary to be an effective playground safety inspector (Kutska, 2008/2009). Iverson & Payne (2008-2009) urged local government lawmakers to support adequate resources, noting that playground owners had a duty of care to ensure adequate resources and that their actions in implementing appropriate care standards reduced liability. To assist in garnering favorable elected official attention, some agencies integrated parks and recreation levies or bonds into local election campaigns. Mulvaney (2010) notes that playground projects and elected official support for funding on-going maintenance and safety were often publicized in an effort to assist official(s) during re-election campaign(s).

Historically, when reductions in staff occurred in maintenance programs, the cutbacks tended to include park playground maintenance staff (Mulvaney, 2010). Seventy percent of states report operating budget shortfalls of more than seven percent (Miller & Svara, 2009; Mulvaney, 2010), prompted severe negative results if CPSI staff and staff training were reduced or eliminated. A peculiar paradox developed as funding for resources dwindled; even more experience and skills from CPSI personnel were used when they were asked to do more with less (Kutska (2009). Hudson et al., (2004) noted without adequate resources for CPSIs, less routine inspection and repair of equipment caused the playgrounds to become less safe and increase hazards to children using the equipment.

The relationships among the three primary elements of the CPSI-CE Working Model are interdependent. The ultimate objective to reduce playground injuries and to lessen the severity of the injuries that did occur required a system with as few limitations as possible. The primary objective of the CPSI-CE Working Model in this study was to identify certification dimensions that influenced the effectiveness of the program as well as how the three certification elements impact the overall success of the total process. Therefore, the model was examined with a large sample of CPSIs, and compared to reported public playground accident rates in communities over the past decade.