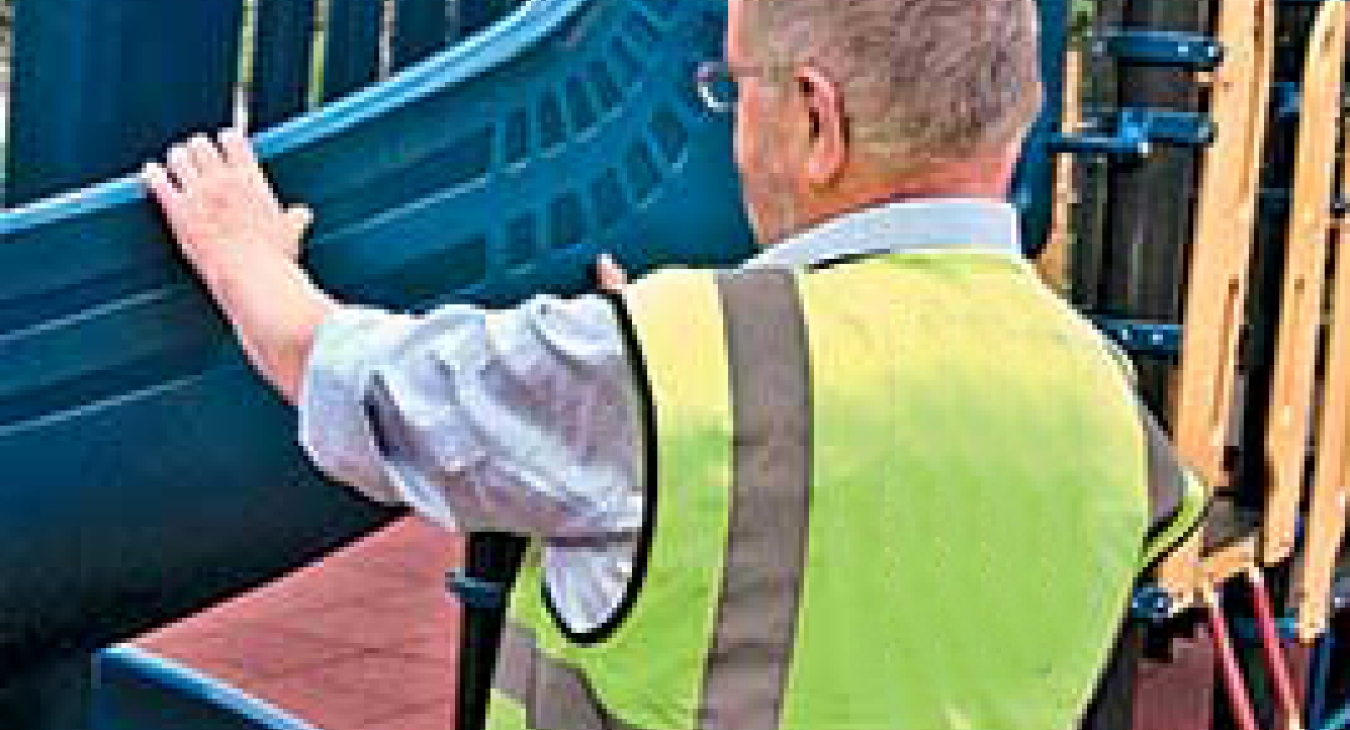 In Part 1 of this series Curtis wrote in his research project abstract,

Based on predominant themes derived from the review of literature and the elements of the Certified Playground Safety Inspector Certification Effectiveness Working Model (CPSI-CE), three hypotheses emerged, included:

(a) A decrease in injuries occurred when playground safety inspectors were hired.

Hypothesis 1 - A decrease in injuries occurred when CPSIs were hired.

This study examined the relationship between the three elements of the CPSI-CE Working Model and playground injury rates. Results were expected to show that surveyed playground safety inspector beliefs and attitudes about how effectiveness in playground injury reduction directly reflected biases toward available certification training, resources and the amount of experience they have.

It was assumed that a supervisor who supports the program would likely try harder to ensure the availability of adequate resources. Kutska (2008) and Iverson and Payne (2008-2009) stress the importance of adequate support to ensure an effective playground safety inspection program. This study was designed to identify the perceptions of supervisors’ about inspection programs and relate these to injury rates.

The primary objective of these analyses was to examine the relationships between the certified playground inspector program and injury rates in California for 2000, 2005, and 2010. The second purpose was to investigate perceptions about how effectively the playground inspection program and certification were working, including:

(a) How much influence does employing a CPSI have on reduction of injury rates?

(b) How much do inspector beliefs in the CPSI system influence injury rates?

(c) How much do supervisors’ value and support of the program affect injury rates?

Additionally, more inductive analyses were conducted to identify whether meaningful profile groups could be distinguished based on;

(a) dimensions of perceived inspector effectiveness

(b) change in injury patterns, with differences between profile groups

Of the 474 California cities solicited for participation, 286 cities (response rate = 60.3%), stratified by city size, (a) small (92 sampled, 59 response (64.1%)), (b) medium (296 sampled, 182 response sampled had an inspector complete the PSIAS, a supervisor complete the PSISAS, and a risk manager provide injury data via the PSIIAS. The mean age of inspectors was 46.5 years for small cities, 46.2 years for medium-sized cities and 48.4 years for large cities, while the mean age for supervisors was 42.2 years for small cities, 45.7 years for medium cities, and 48.2 years for large cities. Small cities reported that the gender make up of inspectors was 89.8% male (10.1% female), with 86.0% male (14.0% female) for medium and 78% male (20% female) for large cities. The gender balance for supervisors in small cities was 83% male and 14% female, while medium cities were 81% male and 16% female and large cities reported 79.5% male and 20.5% female supervisors. The mean number of years of experience for inspectors in small cities was reported as 13.7 years, while medium cities were slightly more (i.e., 14.0 years) and large cities slightly less experienced (i.e., 12.9 years).

Kutska Comment: The most logical explanation for the growth of California CPSIs over this 10 year period is the 1999 State Regulations required each playground be inspected by a CPSI from NRPA Program

The NPPSs’ Safety Report Card reported that as a nation, playground safety received a grade of “C-” in 2000 and a “C+” in 2004. California received a “B-” in 2000 and in 2004, providing evidence that playground safety in the State of California was above the national average and possibly the state was doing something different to receive a higher NPPS grade (NPPS, 2004.

The implementation of the California Playground Safety Regulations (R-39-97) in 1999 provided an excellent information base to examine the effectiveness of the playground safety inspector certification. While the reported national playground injury rates have been increasing, California’s have decreased over a ten-year period. The NPPS playground safety report card for both 2000 and 2004 gave California higher grades of B- than the nation overall. The data collected through this exploratory study sought to examine California’s playground safety inspectors’ certification status, its supervisory support, and if and how they have influenced injury rates in that state. The data analyses clearly support this study’s three hypotheses of

(a) decreasing injuries if certified playground inspectors are on staff,

(b) the value supervisors place on the playground safety inspector program affects injury rates, and

Kutska Closing Comment: I would like to personally thank Mr. Dwight L. Curtis, PhD. for this contribution and the perseverance required to complete this work over many years. I know how hard you worked on this project.

Research is important work that can provide valuable insight into the important role the CPSI plays in injury reduction and maintaining quality play opportunities for all children. We all believe in the importance of what we do. Quite often the role and responsibilities of the experienced CPSI does not receive the recognition they deserve in providing quality playspaces that are well maintained and function as intended from the very first day until it is time to take it out of service.

Stay tuned Part 4: We will look at some additional areas that Dwight Curtis as identified as worthy of further study.

Please advise,where I can review once again on Parts 1 & 2

The Intellectual Content (IC) as well as Intelligence Quotient (IQ) of the article along with factual substantiation is compelling, very satisfactory, well received and thought provoking. Mahalo nui loa