Get To Know The History Of Swimming 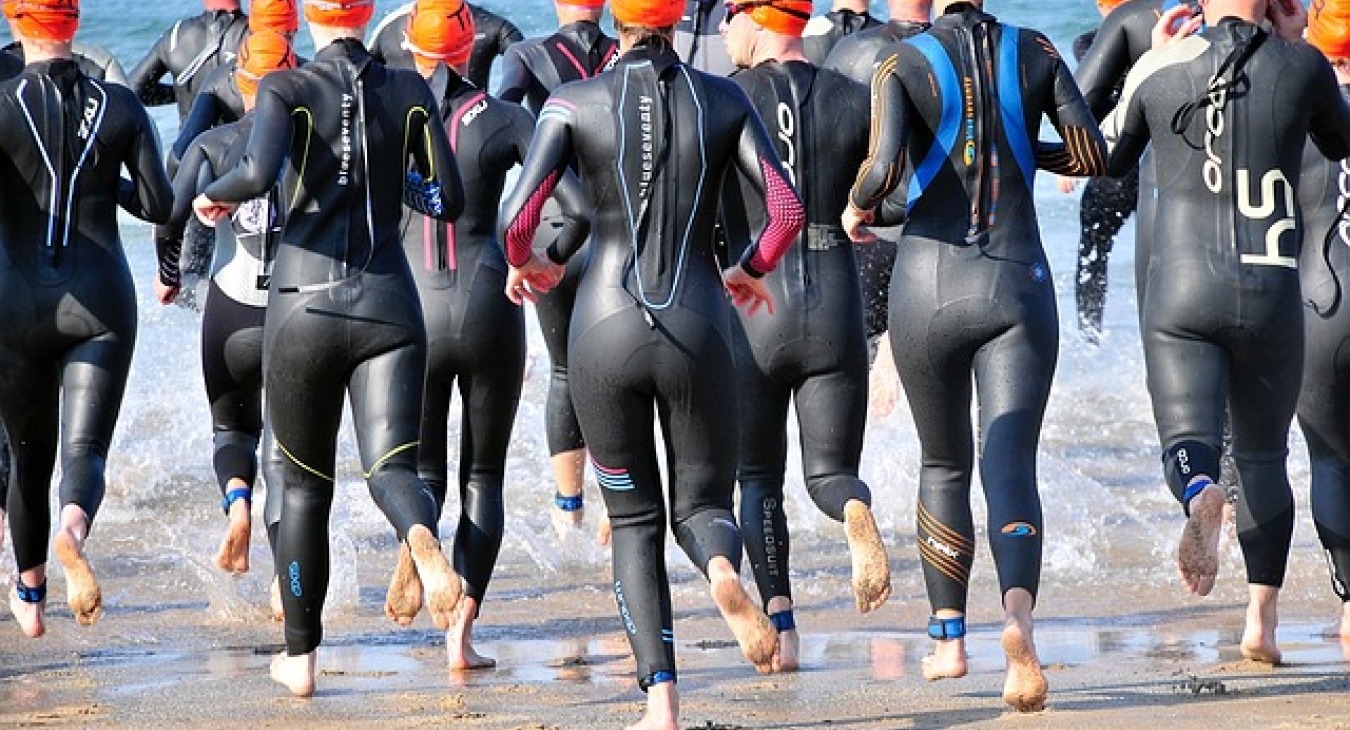 Swimmers at the start of a triathlon

Swimming as a sport is one of the oldest activities known to the human race. Right from the time man and water have coexisted on the same planet, the skill to travel via water too has prevailed. Of course, swimming always hasn’t been a sport but was more of a means of survival in its earliest forms. People often used to cross rivers to get to the opposite side of the waterbody, save others from drowning and similar reasons are what made the sport a crucial skill to be learned by all of mankind. Read on to find out more about the journey of swimming from solely being an everyday skill to becoming one of the most loved sports in the world.

The earliest country to recognize swimming as a sport was England. In 1837, manmade pools were constructed in London for the tournaments related to swimming to be organized. It is an extraordinary milestone for a sport which went on to become a greatly famous and loved sport as we see in today’s day and age. Tournaments then were organized by National Swimming Society of England. They rapidly gained recognition and regard from audiences all over. More pools were being constructed to make this sport flourish faster. The most popular styles of swimming at that time were the breaststrokes and the sidestrokes. A fresh organization was put in place in 1880 to make the sport flourish. It was then called the Amateur Swimming Association of Great Britain. The group included over three hundred member clubs.

In the year 1896, swimming became an accredited sport in the Olympics. It was kicked off as a sport that was meant for men. The tournaments then were held in several categories of 100-meter and 1500-meter freestyle. They were all held in open water. Eventually, as swimming gained more popularity as a sport day by day, more new styles were added to the Olympics to make it more interesting. They included breaststrokes, backstrokes, sidestrokes and individual medley. It was not until 1912, that a tournament for women’s sport made its debut in the Olympics. In today’s time, during every Summer Olympic Games, there are sixteen swimming tournaments held for both sexes, which totals into thirty-two. The Special Olympics consists of twenty-two swimming categories for men and women, which totals into forty-four swimming races for the whole tournament.

Several modifications were made to the proficiencies as different countries participating in the Olympics had come up with their own innovative styles to achieve the different strokes. At that point in time, these modifications had spurred a lot of controversy in the world of this sport. Meanwhile, the ongoing war had resulted in a vast amount of fabric shortages. This gave birth to the two-piece the swimsuits in the year 1943. The techniques evolved to the athletes spending more time underwater for gaining greater speeds, a technique still popular today.

To get a better understanding of swimming, its components and various other things related to this art this Poolvacuumhq.com post does wonders.

The sport will forever remain timeless!