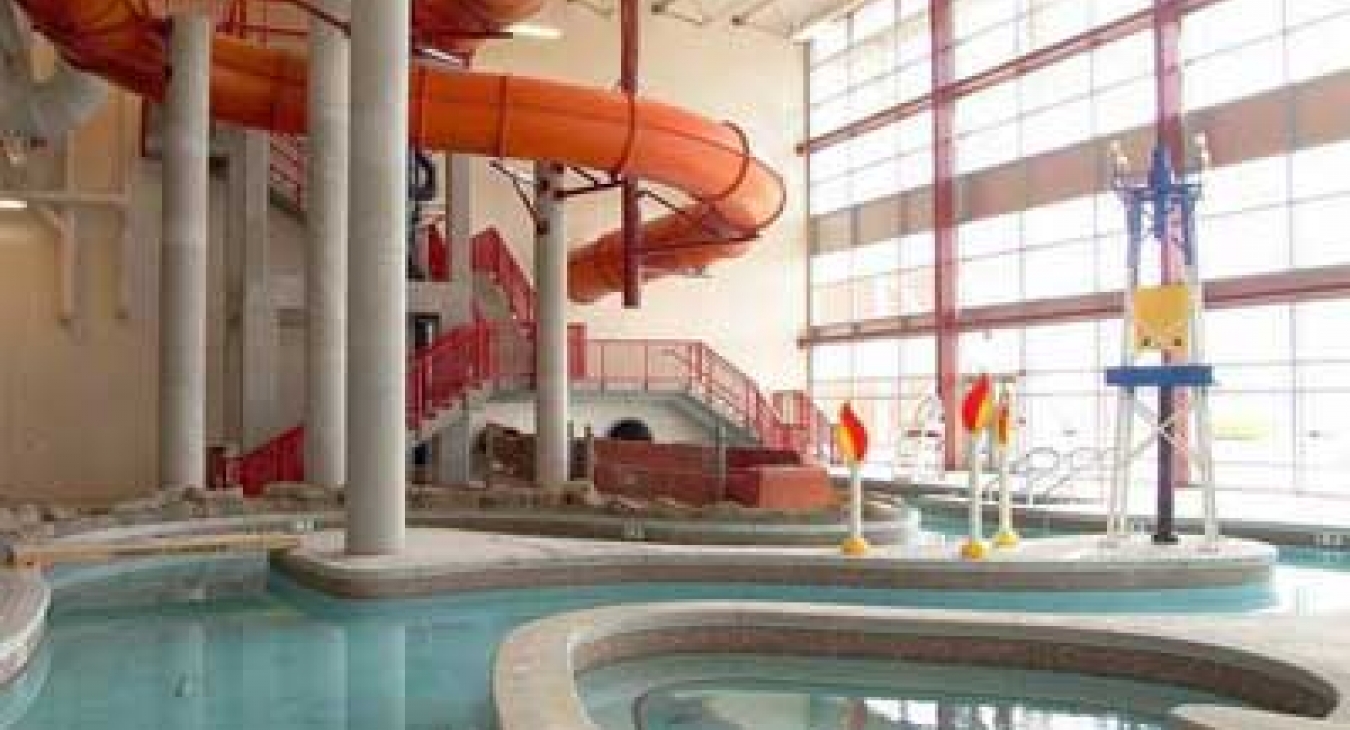 WILLISTON, N.D. – Shawn Egge didn’t expect to return to his hometown of Williston after he graduated from college in Missouri.

But the town he knew as a small, quiet community is now home to the largest indoor recreation facility in North Dakota.

Egge got a job offer to work for the state-of-the-art center while visiting home over Christmas break.

“I didn’t think I was going to be able to find a position like that anywhere else,” said Egge, assistant facilities supervisor. “I thought it was a great opportunity for me, especially with what we were building.”

The $76 million facility, known as the Williston Area Recreation Center, opens Friday on the campus of Williston State College. The 236,000-square-foot center has a water park, indoor turf field, golf simulator and other features expected to make it a regional attraction.

Parks and Recreation Director Darin Krueger said his full-time staff has grown from 13 at the end of 2012 to more than 40 today to keep up with the department’s growth and the new facility.

Many of the new recruits are recent college graduates, some Williston natives who returned because of job opportunities at the ARC.

Williston native Doug Richter spent many sleepless nights his senior year at Minot State University worrying about finding a job when he graduated.

The best opportunity for him ended up being back at home, working as assistant facilities supervisor at the ARC.

“These are career-type jobs,” Richter said.

Shannon Bachmeier, born and raised in Williston, worked for an oil company in Williston after graduating from the University of Jamestown, but she got bored sitting at a desk all day.

Now Bachmeier is an aquatics coordinator at the ARC, which has two water slides, a “flow rider” wave simulator, an Olympic-sized pool, an instructional pool and a lazy river.

Other recent park district hires moved to Williston from around the country, including Ashley Krasicki, who came from New York to be recreation program coordinator.

Krasicki previously helped open a recreation center at The College at Brockport, a campus of the State University of New York. She was researching jobs around the country when she heard about the Williston ARC – more than twice the size of the facility she previously worked for – and decided it would be an exciting place to work.

“The features we have in this building are just unbelievable,” Krasicki said.

Williston residents voted in November 2011 to approve a 1 percent sales tax to support the new center and the park district. Community leaders say the center will improve the growing city’s quality of life and encourage oil industry workers and their families to make Williston their permanent home.

Stacy Ostman of Oregon, who works as guest services assistant manager for the center, moved to Williston to be with her husband, who works for an oilfield contractor. Ostman said when she and her son, 12, first moved to the area in 2011, there wasn’t as much for kids to do.

The ARC also has a large indoor playground, tennis courts, pitching simulator, 200-meter track that can host indoor meets, a hangout area for teens and rooms that can be rented for birthday parties and weddings.

A grand opening is at 4 p.m. Friday, with free admission to the ARC next weekend.