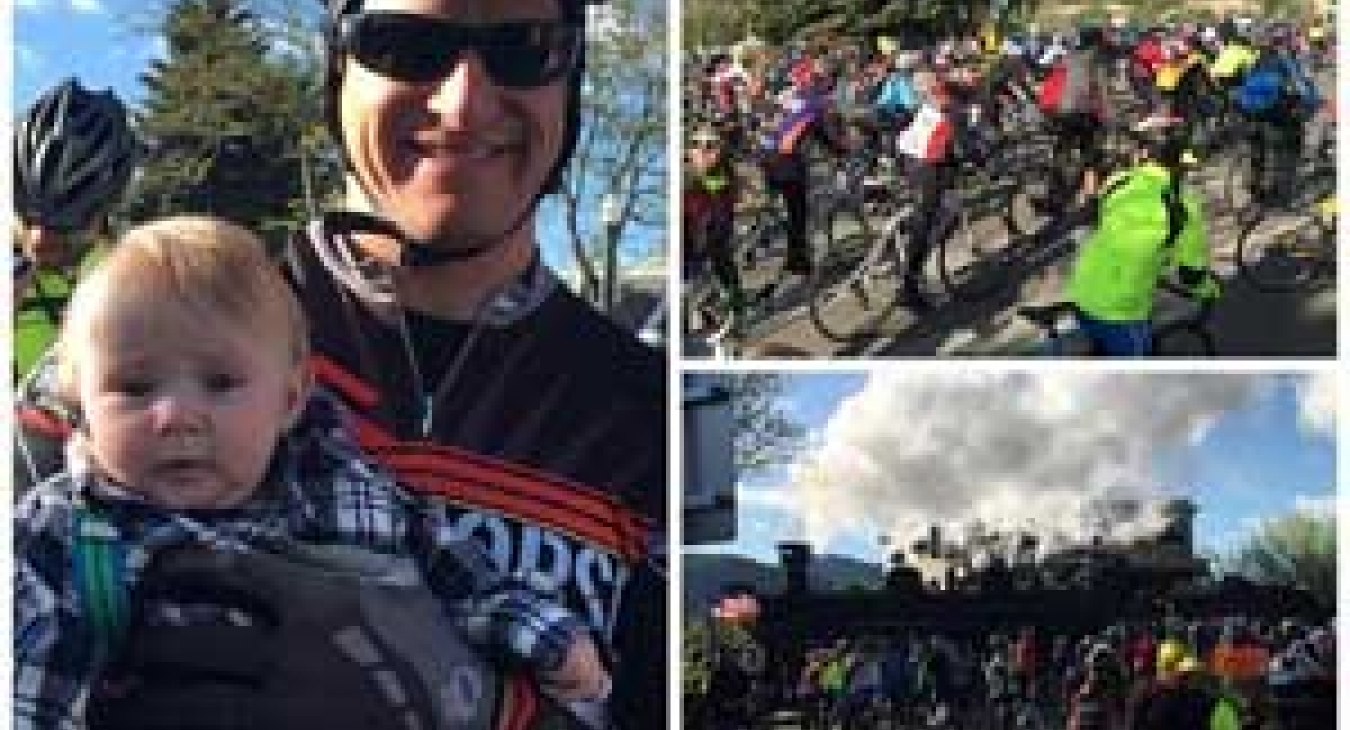 May is national bike month, and I have been an avid cyclist for more than 17 years. I have ridden in 6 states and spent far too many hours and miles on a bike to even count. The act of riding a bike for fun or for work can and should be rewarding in many ways. But riding can also be dangerous…I have been hit by a car and I can tell you that is an experience you should avoid. I wanted to take a moment to cover some of the new bicycle information, laws, designs, and activities.

Bicycling is not just for kids anymore. The number of children who ride bicycles declined more than 20 percent between 2000 and 2010, while the number of adults who ride increased slightly.

Enthusiasts are driving growth. More than 21.8 million American adults rode a bicycle 109 days or less in 2010, about the same as the number who rode that often in 2000. But another 3.4 million rode in 110 days or more, and the number of frequent cyclists increased 12 percent over the decade.

…but female enthusiasts are on the rise. The number of women who rode 110 days or more exceeded 1.3 million and increased 8 percent during the decade. At the same time, the number of men who ride that frequently increased 15 percent.

Older riders ride more. Participation in bicycling falls off after the age of 55, particularly among women, but male riders who belong to the enormous baby-boom generation show few signs of slowing down. In fact, riding days for men tend to increase after they reach age 65.

What do women want? Bicycle retailers and suppliers should focus on retaining their loyal customers for as long as possible, but bicycle sales in the US will not grow until the industry finds ways to increase the appeal of bicycling to women. Some European countries have as many women bicyclists as men, and the difference may be in urban design.

Youth equals diversity. Most of the children in America’s largest cities and states no longer have an Anglo-American cultural background. But more than 85 percent of bicycle riders are non-Hispanic and white. The future viability of the bicycle industry in the US depends on finding ways to appeal to black, Hispanic, and Asian families. This is why it is of critical importance to the industry to make urban and suburban areas safe for riding.

As cycling grows new laws are being adopted. Below are some of the newest laws:

As of May 22, 2015, protected bike lanes are now officially federal policy.

The state of California now requires a 3 foot buffer zone between cyclist and vehicles. The requirement is located in Sharing the Road (FFDL 37) Safety Tips for Bicyclists and Motorists.

The state of Pennsylvania also has very progressive laws. See Below

Tourism and money for your community

Not only is biking good for you, but it can also help your community with revenue and prestige.

The 2015 20 best cities in America for bicycling as described by Real Estate News & Analysis are:

A city's Bike Score was determined by number of bike lanes; "hilliness;" destinations and road connectivity; and share of local workers' commutes traveled by bicycle. Each category was equally weighted.

Finding your way around a community by bike has never been easier. The below web pages include bike paths and lanes descriptions, maps, events, and street views:

Your community can and should create Bike Boulevards. A Bike Boulevards is a residential street that is identified as a bike way. Street signs state it is a Bike Boulevard and speed limits are often at odd speeds such as 17 miles per hour. Bike Boulevards are less expensive than creating a bike path and make it much easier for all levels of cyclists to travel. The below web sites have useful information and a RESOLUTION you can use as an example.

Many communities are now providing Protected Bike Lanes – Which are planters, curbs, parked cars or posts to separate bike and auto traffic on streets. These can and do keep a rider safer.

Cycling has also become a political issue. The race for Mayor of Carmel Indiana includes bike paths as a key point.

It is important that children use helmets when riding their bikes, but we must alert them to remove the helmets when they are entering a playground. The U.S. Consumer Product Safety Commision (CPSC) created the following warning that we should follow:

After the strangulation death of a 3-year old Pennsylvania boy, the U.S. Consumer Product Safety Commission (CPSC) warns that children should not wear bike helmets when playing on playground equipment. The boy died February 4 when his bicycle helmet became wedged as he apparently tried to slide through a small opening on the playground equipment near his home. CPSC is aware of a second strangulation death that occurred in 1997 when a 7-year old girl in Canada became entrapped in an opening on a playground structure. Both victims were wearing a bicycle helmet during play and died due to hanging from the helmet strap.

CPSC Chairman Ann Brown said, "Children should always wear a helmet while riding their bikes. Helmet use can reduce the risk of head injury by up to 85 percent in the event of a crash. But when a child gets off the bike, take off the helmet. There is a hidden hazard of strangulation if a child wears a helmet while playing on playground equipment."

The CPSC also has requirements for Bike Helmet Designs.