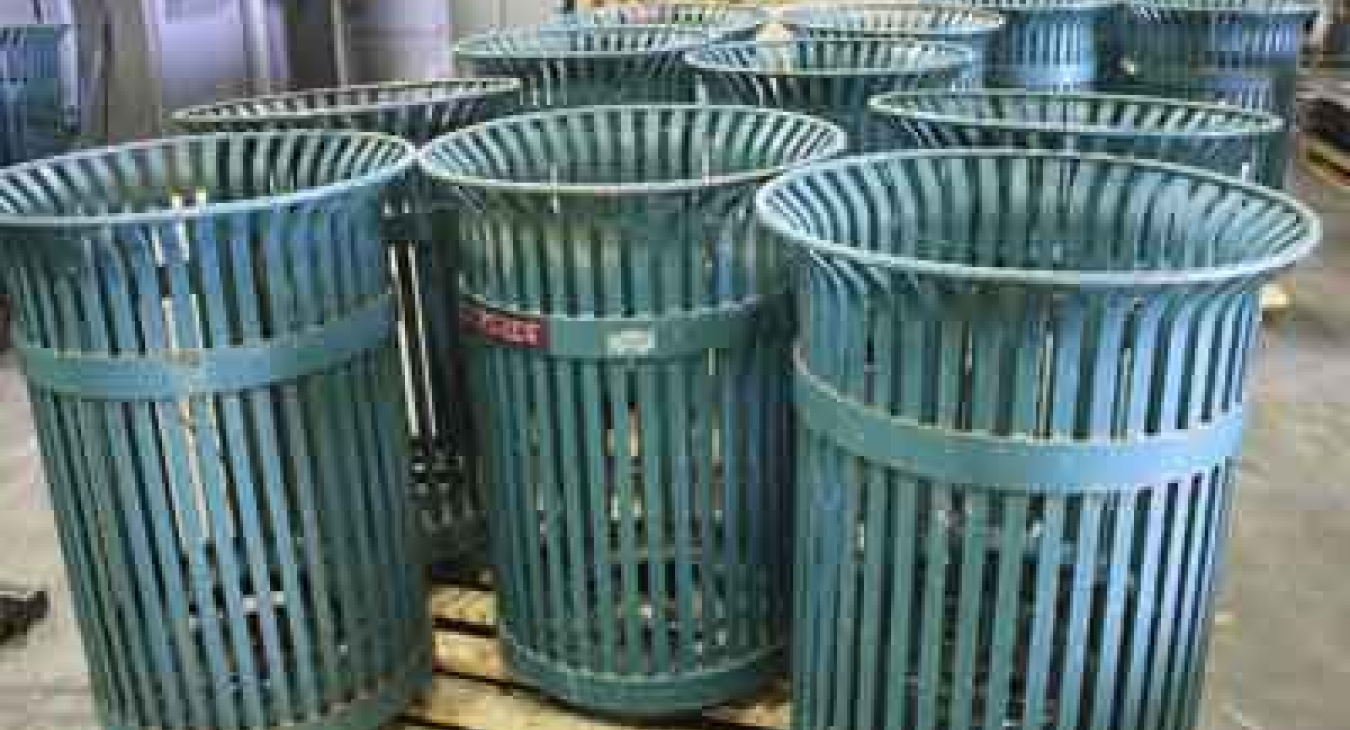 Receptacles Before Refurbishment by Witt Industries 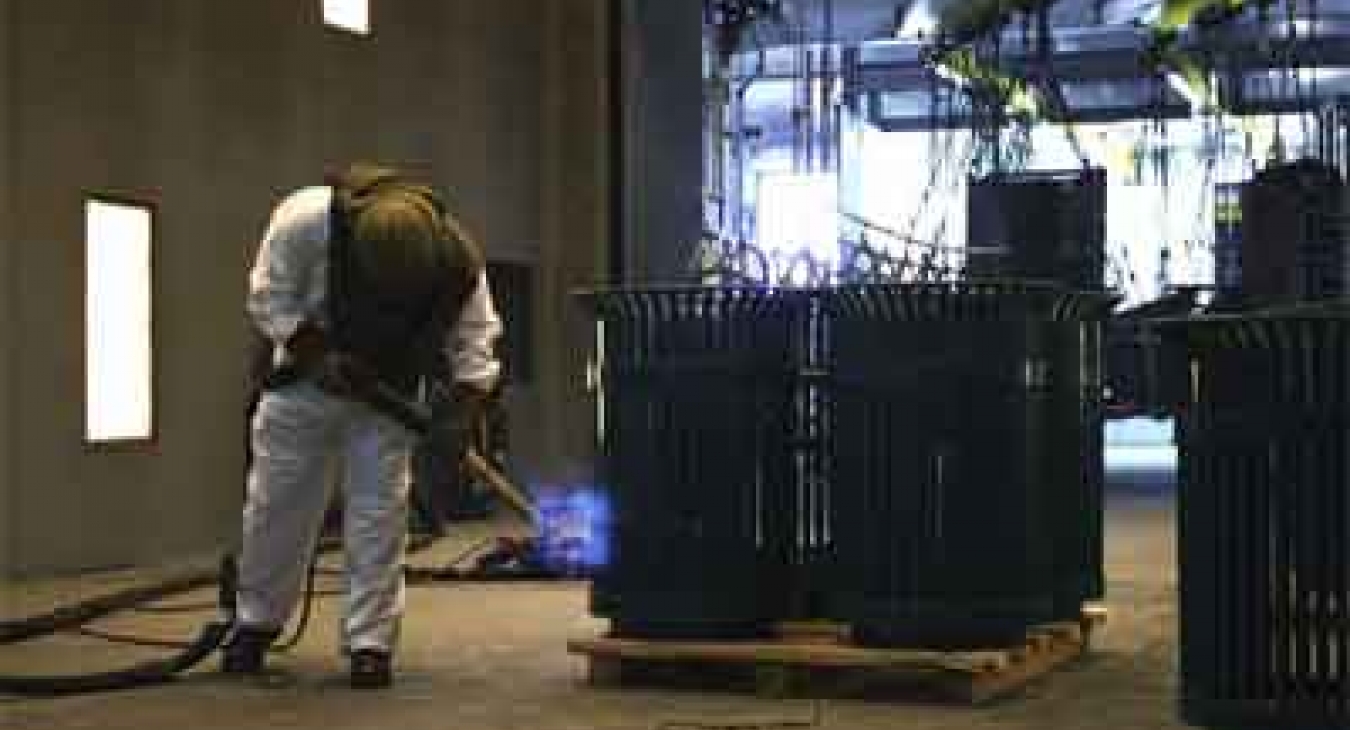 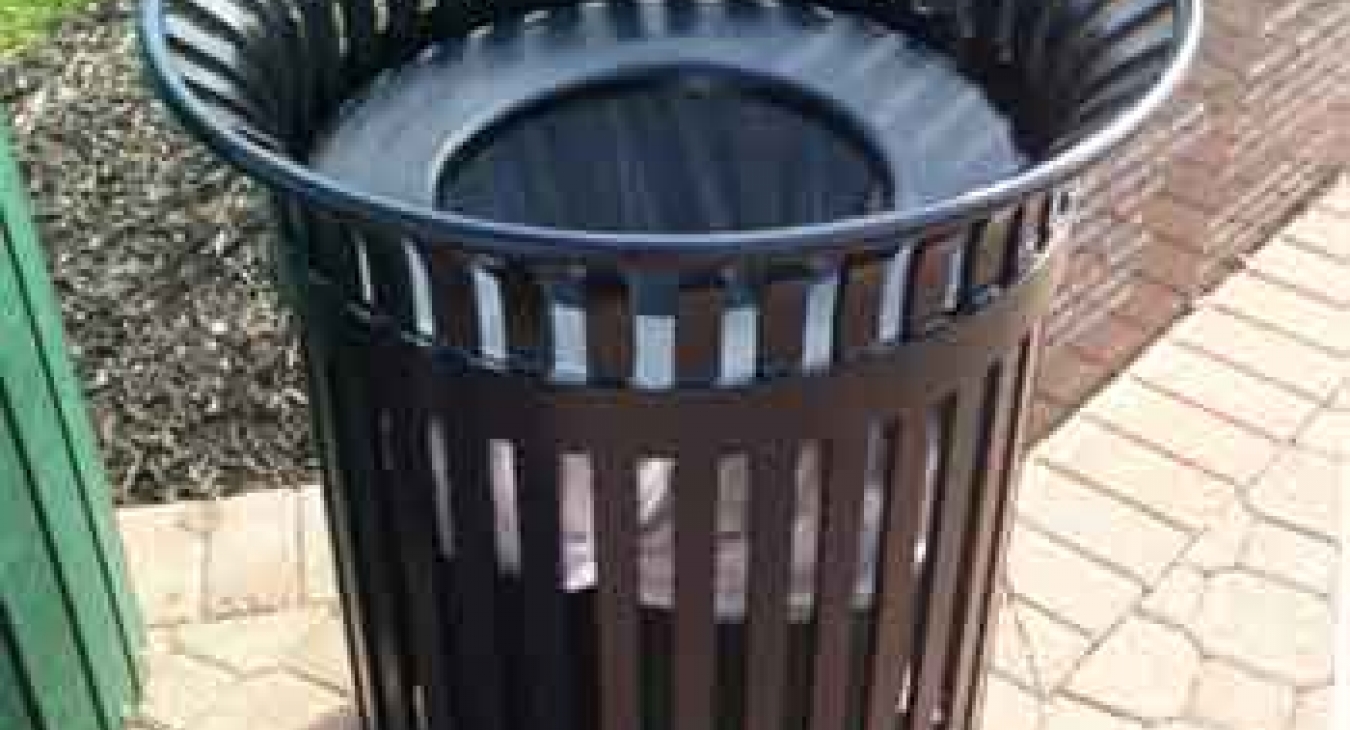 MASON, OHIO (October 1, 2014)— Two municipalities in Ohio recently worked with Witt Industries to refurbish their benches and waste receptacles. One was a major metropolitan city, while the other was located in a suburban setting.  Both municipalities had the goal of reducing costs while maintaining an appealing atmosphere in their downtown and parks areas. Witt was able to complete both projects at nearly half the cost of full replacement units.

Witt Industries has the capability to take receptacles and benches that are past their prime and restore them to like-new condition. The process starts with removing the old paint, rust, graffiti and/or debris in our state-of the-art sandblasting booth. Once the units have been sandblasted, we can repair any broken or missing welds, slats, tubes, and structural damage. The units will then be primed and powder coat painted, creating a like-new finished product that is less expensive than purchasing new units.

In working with the metropolitan city, nearly a third of the receptacles needed repaired in addition to the refurbishment. The process took four weeks to refurbish and repair the entire project. The finished project restored the city’s waste receptacles to look like new, without the new price tag.

“Cost savings were a major factor in our decision to refurbish our waste receptacles,” said Stacie M., Parks & Recreation Department. “We knew our receptacles were more than 25 years old and not creating the image of our city we wanted,” added Stacie.

The suburban town worked with Witt Industries to refurbish their park benches, using a similar process as the receptacles. The cost savings to the city for the refurbished benches instead of replacing the benches with new products was nearly half. The project took four weeks and was completed during the winter months when the benches were able to be removed from the parks without disruption to residents and visitors.

“The environmental benefits were an added bonus for us,” said Mandi B., Parks & Recreation Department. “We encourage our residents to recycle and be environmentally conscious, so it felt good that we were being environmentally friendly as well.”

Witt Industries, a subsidiary of The Armor Group, manufactures a full range of metal waste and recycling receptacles for indoor or outdoor environments. Founded in Cincinnati more than 100 years ago, Witt supplies receptacles to many collegiate and professional sports facilities around the U.S. Combining functionality with aesthetics, Witt Industries products are used in many commercial and institutional settings, including hotels, commercial office lobbies and atria, hospitals, casinos, schools, restaurants and more.