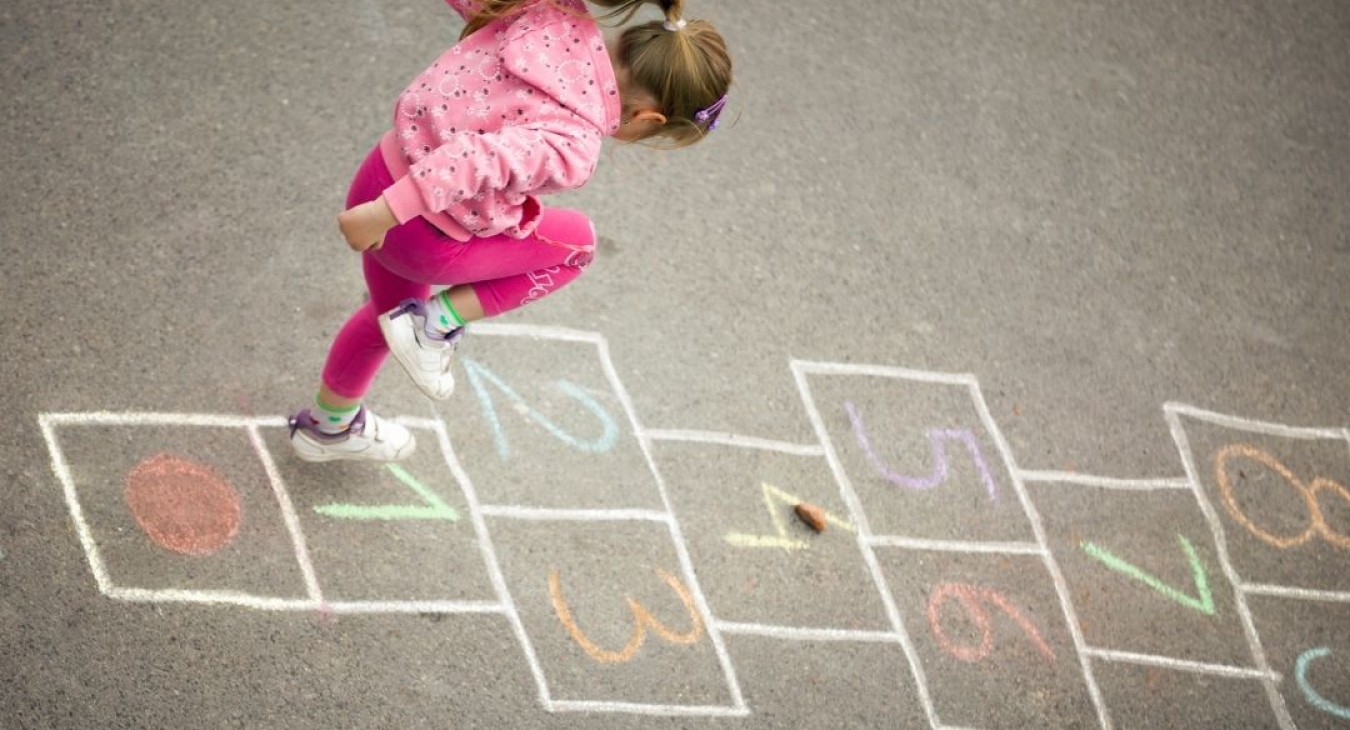 As a teacher, you understand how important it is for your students to release their energy and take a break from their schoolwork during recess. One helpful resource that is invaluable for playtime is chalk.

While adults might see a concrete sidewalk, children see a blank canvas to express their wildest dreams, create artistic masterpieces, and play games. With that in mind, here are the five best sidewalk games to play with chalk.

One of the most classic sidewalk games you can play with chalk is hopscotch. All your students need to do is draw a hopscotch course with consecutive numbers in each box up to the number ten. Then, all they have to do is throw a rock in one of the squares and jump to it with either one foot or two.

For this game, your students will draw one large square and then divide it into four smaller squares, with one person standing in each of the four. Once the course is ready, students will use a kickball, tennis ball, or even a basketball to play the game. Students will bounce the ball into another player’s square and try to eliminate them from the match.

Every kid knows this game, and you can play it with any drawing material, not just chalk. However, if you don’t know how to play tic-tac-toe, you first need to create a grid by drawing two parallel vertical lines and crossing them with two parallel horizontal lines.

The result should be three squares by three squares, and players will draw an X or an O in the box of their choice. The goal is to get three in a row, whether it’s vertically, diagonally, or horizontally, but the other player can block their move by crossing out a square in their path.

A fantastic way to teach your students geography is by having them draw a map of their hometown or even the United States as a whole. Having multiple colors of chalk is essential for helping them understand the different states in the country or monuments in their local community. If the weather isn’t too good, drawing a map is a fun way teachers can use chalk markers inside the classroom.

Finally, we have a chalk version of a game that many people love worldwide: checkers. Your students can draw a checkerboard on the sidewalk and color some rocks to serve as the pieces. Checkers is a clever strategy game that helps teach kids how to focus and make complex decisions.

Overall, there are countless uses for chalk outside of playing games, but they might not be as fun. Now that you know the five best sidewalk games to play with chalk, combining your students’ work and play has never been easier!