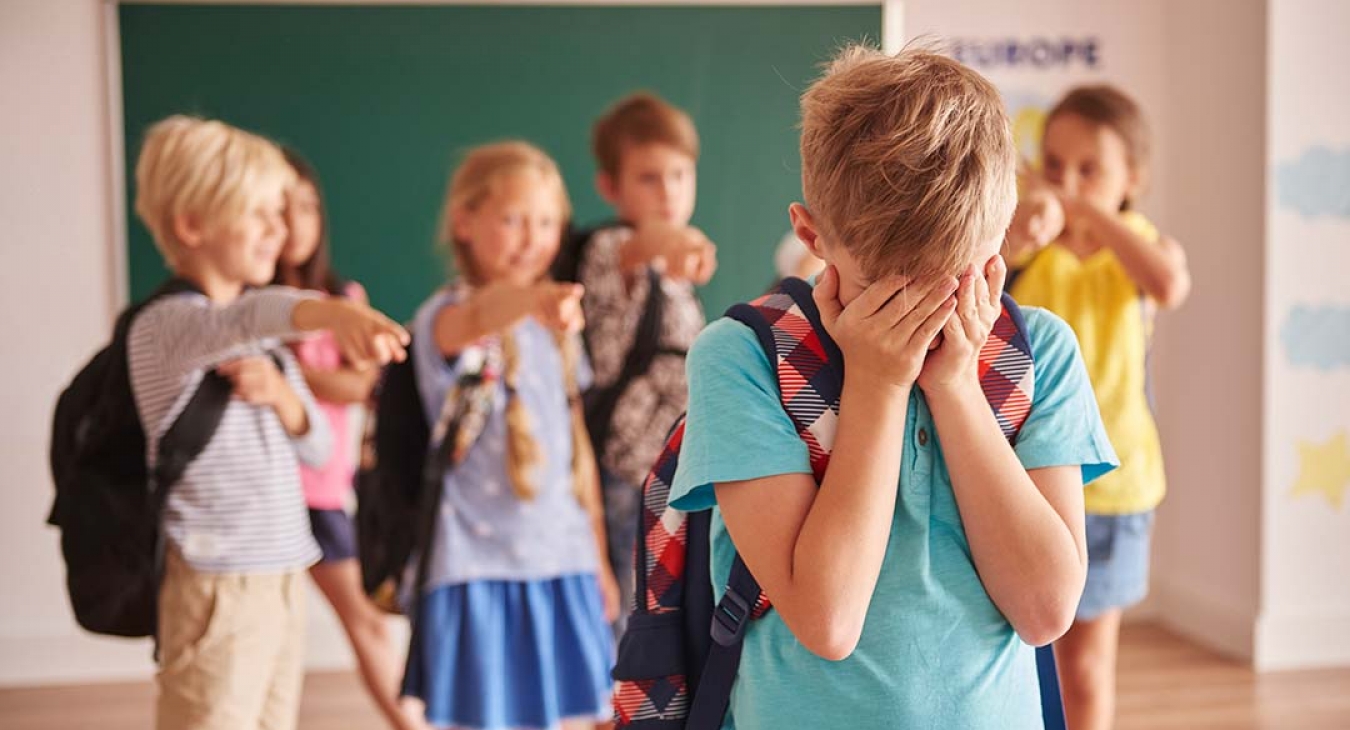 Childhood bullying can be very upsetting for children in the short term… but it can also have detrimental long-term effects. This means it’s important for parents, teachers, and all childcare professionals to be aware of the signs of bullying, so they can step in promptly.

Here are some of the effects of childhood bullying that you should know about:

In the short term, childhood bullying can result in:

As well as being harmful to individual children, bullying can also affect other children. Bystanders may feel helpless, afraid, or even guilty for not intervening. In the context of a school, bullying can create a negative environment, with pupils feeling insecure and not trusting teachers to have control over the school.

Some people think that bullying is just part of growing up and learning to get along, or at least that it can be quickly and easily resolved.

Sadly, research has shown that childhood bullying has a number of long-term effects.

You might think that bullying only affects the mind, not the body unless the bullying involves physical violence. But the stress of bullying can cause elevated levels of CRP (C-reactive protein), which is the body’s inflammatory response. This is why being bullied is linked to a higher incidence of physical health problems.

How to Mitigate the Effects of Childhood Bullying

To avoid the negative effects of childhood bullying, it’s important to step in quickly and intervene if bullying is taking place. Around 85% of bullying incidents receive no kind of intervention, so it’s surprisingly common for bullying to be simply ignored.

Take reports of bullying seriously, and never brush them off with saying things like, “It’s just part of growing up” or “It’ll help you toughen up.”

Be aware of the risks of cyberbullying. Parents who didn’t start using the internet till after school may not realize just how much bullying now takes place online. This type of bullying can be particularly upsetting for kids, as it can feel like there’s no escape. You may want to learn about some of the different types of cyberbullying.

Support people who were bullied in getting counseling or therapy. Even if many years have gone by, this can be helpful in healing from the problems caused by bullying.

Let people who are bullied know that it isn’t their fault. You might encourage them to become more assertive, or better at standing up for themselves … but make sure you don’t cross over into inadvertently making it seem like they are somehow to blame for being bullied. They’re not.

Don’t encourage children to hit back or shout names back. It won’t solve the problem, and it’ll likely just make your child feel more anxious.

Keep a diary of bullying incidents. Record the date, what happened, who did it, how it affected your child, and whether your child told anyone. This is really useful information to be able to show the school or childcare provider.

It’s important to take bullying seriously, to tackle it proactively, and to help people who’ve been bullied regain their self-esteem and self-confidence.