Take a Stand - Preventing bullying, interpersonal conflict and violence on the playground 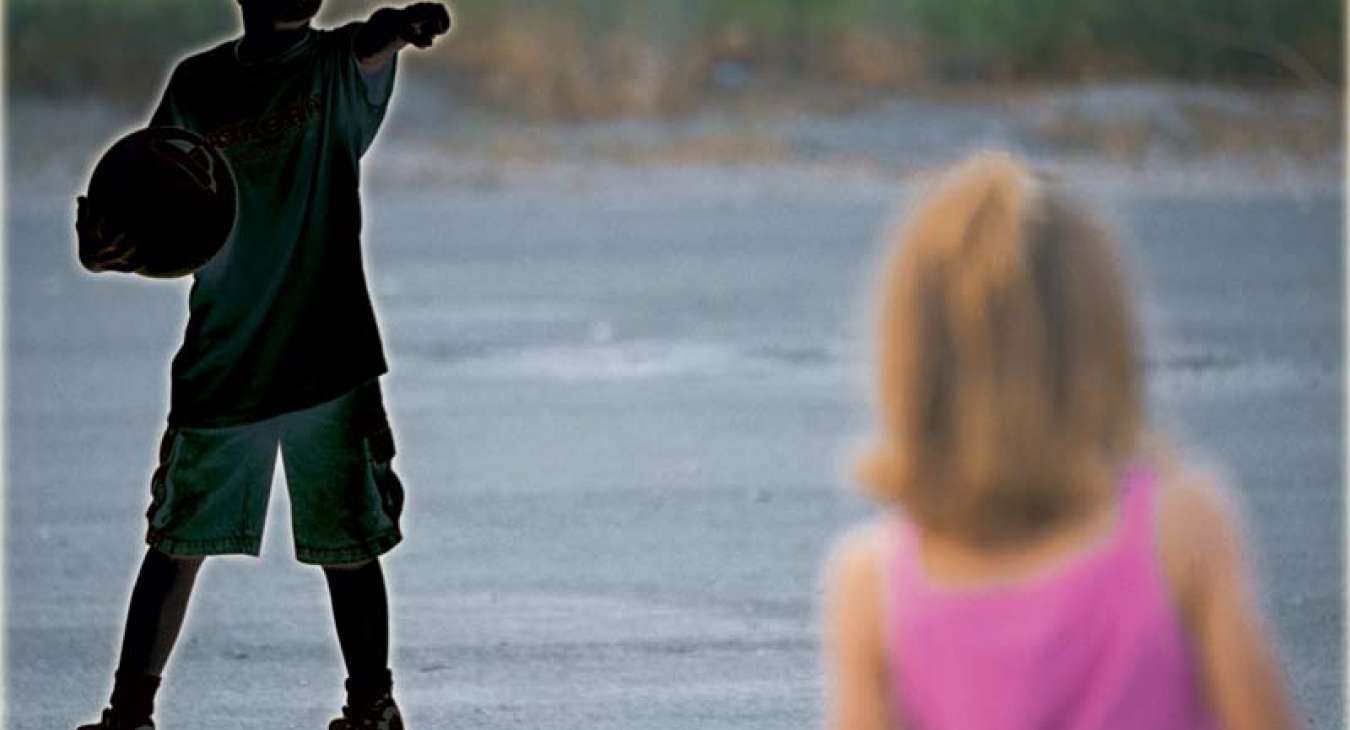 Bullying, intimidation and interpersonal conflict have been a part of playground management for generations. Children struggle with being called names, being picked on, being excluded, not knowing how to make friends, or being the ones acting unkindly or aggressively toward others. For too long, adults have believed that bullying is just part of growing up, that there have always been kids who are jocks and kids who are geeks, those who are in and those who are out. This acceptance has prevented adults from stopping this pattern.

We know the statistics, that 15 percent of students are bullied regularly and that 80 percent of middle school children admit to bullying behavior at least once a month. What we need to recognize is that all forms of bullying are abusive. They are also opportunities to teach children how to get along, how to be considerate people and how to be part of a community or group. The playground is part of this learning process for problem-solving, shaping behavior and coping skills, and teaching young people how to be good citizens.

When developing a playground, school or community-based plan to address and prevent bullying, it is necessary to take into account the many forms of bullying: physical, emotional, verbal or a combination of these. The victimizing behavior may involve one child bullying another, a group of children against a single child or groups against other groups (gangs). Bullying is not unlike other forms of victimization and abuse in that it involves an imbalance of power, lack of compassion and often blames the victim for what has happened.

Who are the bullies?

Probably the single most important thing to know about bullies is that they were often bullied or abused themselves. In fact, bullies are usually punished for their behavior without any recognition that they are also being victimized. Many are experiencing life situations they can’t cope with, that leave them feeling helpless and out of control. Most have poor social skills, do not fit in and don’t meet the expectations of their families or schools. They bully to feel competent, to control someone else—in essence—to relieve their own feelings of powerlessness.

Who are the victims?

Children who are victims of bullies have many of the same characteristics as bullies. They tend to have low self-esteem, lack social skills and don’t pick up on social cues. Additionally, they often become emotionally distraught easily and are unable to defend or stand up for themselves.

Some children actually seem to provoke their own victimization by teasing bullies, by not knowing when to stop, by egging on behavior which, in turn, victimizes them. Many children who are bullied prefer this negative attention to no attention at all.

Changing the nature of the problem

The fundamental problem with attempting to deal with bullies and victims directly when incidents or patterns of bullying occur is that those children who are bullies and those who are victims are the least able to extricate themselves from their situation. Their lack of self-esteem, social skills and personal resources minimizes the chances of successfully affecting change. Rather, the behaviors are driven further underground.

Effective intervention must include whole-school bullying policies, increased supervision and intervention at the time the problem is occurring, additional intervention with individual bullies and specific instruction for all children in the areas of conflict resolution, assertiveness and advocacy.

A comprehensive approach to changing the incidences of bullying involves several steps:

Bullying is not an inevitable part of schools or playgrounds. Children take their lead and learn from what we do and from what we don’t do. A proactive approach to interpersonal conflict on the playground will effectively and dramatically reduce the amount of bullying and interpersonal conflict not only on the playground but in the classroom and the community as well. It is the level of adult intervention and support that enables free play time to be successful.

Dr. Sherryll Kraizer is the executive director of the Coalition for Children, an internationally recognized leader in the development and evaluation of prevention programs. She is the author of the “Take A Stand Program for the Prevention of Bullying” program, a program that features all the key components that have been identified as essential to a comprehensive prevention program.