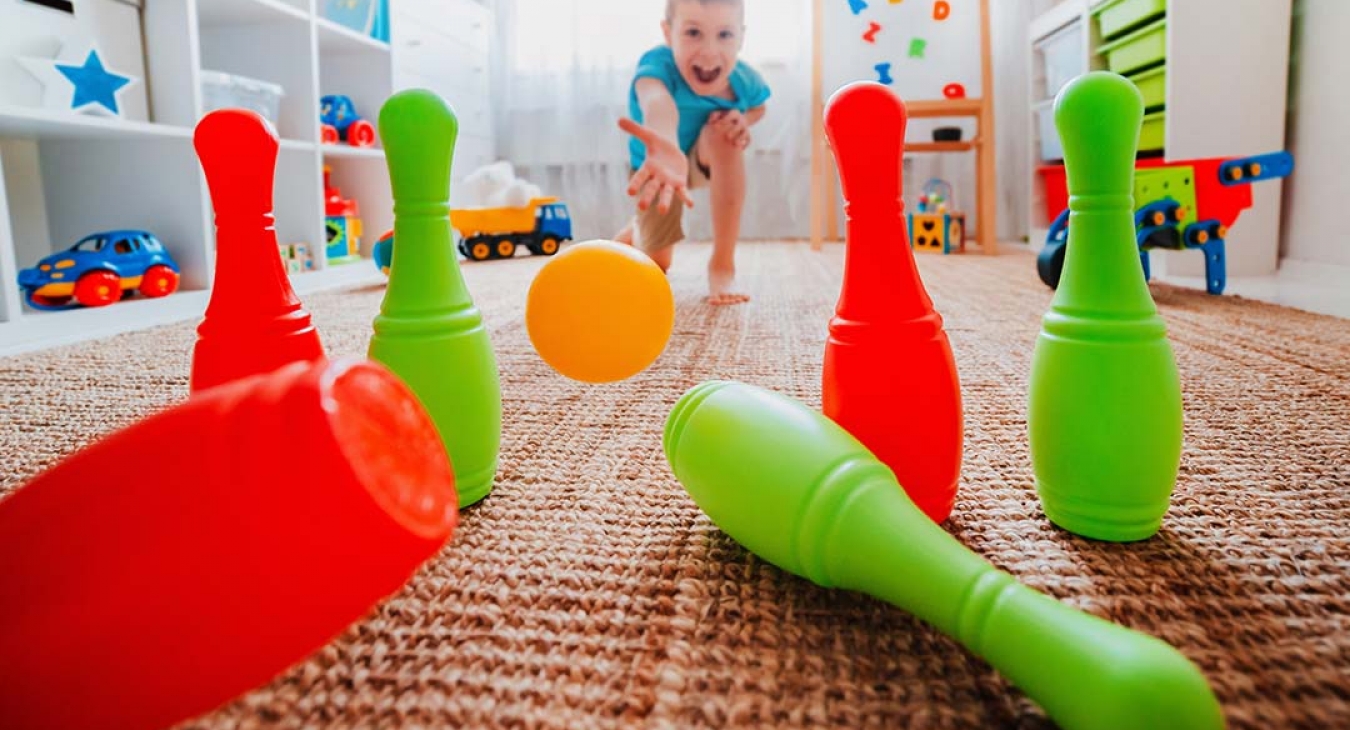 The last couple of months have been frustrating for most people. But more so parents with young kids. Getting stuck indoors with children due to covid-19 restrictions can be a nightmare.

You see, they are used to playing outside by themselves or their peers, and now all-over-sudden you tell them they can't go to the park?

Even with the lifting of some restraining measures, you still have to be careful.  What do you do now that they can't seem to understand, and simply want to play? Have you considered bringing the park into your home? Yes, you can!

Continue reading to find out how with the following thrilling indoor games suggestions.

Before you participate in the indoor obstacle course, ensure to thoroughly child-proof the playing area. The last thing you want is to nurse injuries instead of overwhelming hugs. The best thing about this game is its suitability for kids of all ages. Even adults can join for a full-blown family fun day.

You will need to assemble the following items;

Remember, the idea is to make the game as complex as possible, but not too tedious for kids. After all, your primary focus is in the fun part.

Begin by setting the course, depending on the amount of space you've. Be as creative as possible. Then sit down with the kids and come up with the game rules.

To make the game more fun, let each obstacle test on different crossing skills. You can, for example, ask the kids to go through the net, then under the chair, before passing through the blanket to get through to the next obstacle.

Allocate points only when the kids complete each obstacle successfully. The winner will be announced after adding all the points.

Ping Pong is always fun, either indoors or outdoors. It's a fun-filled game that's suitable for kids of all ages. And adults too-well, if you want to join the game.

Ensure you have enough room to move around. In fact, the wider the playing area is, the better it would be for you'll as you try to make the game more challenging. Clear the space of any furniture and be ready to have a field day!

You will need cups and ping pong balls. So gather a few plastic cups (could be of any color if playing solo or uniform for team coordination)

Match the number of balls to the number of cups/teams. If you don't have ping pong balls, you can use any small objects, so long as they can fit into the cups.)

Pair the kids, and let them stand one meter apart. One kid will hold the cup, while the other will try to toss the ball into the cup as their partner tries to catch it.

Give points according to the number of catches made.

To make the game more fun, instruct the kids to take a few steps backwards after each round, and repeat the ball-tossing process.  Some players will be eliminated along the way until you remain with finalists who will battle for the top position.

If you're dealing with one player, let him/her toss the ball into the air and then use the cup to try to catch it.

You can never go wrong with treasure hunting. It's a widely recognized fun-filled game that has even been featured in the movies. Your kids will not only learn the essence of decision making but also enhance their intelligence.

Get a piece of paper or whatever item you agree to use as a clue and hid them in various locations around the house. Include all rooms in the house, apart from the kitchen and bathroom, or any other room that you feel might not be safe for kids' adventure.

Have several pieces of your kids' favorite treats and coins for the game.

Decide if you're going to use treats or coins and then hide them in the various locations you had selected earlier, around the house.  Some of the best places include: under the seats, beds, mattresses, in closets, in boxes, on top of wardrobes, among others.

Each hidden coin/treat should have a clue to the next location. The main idea is to create a trail that will lead the players to the winners' end.

If you have never tried this game before, begin by giving a sure hint to the first clue, and then let them find the rest on their own.

Recommendation: Reward players with currency coins for each unveiled clue. Alternatively, you can have the ultimate price for the first, 2nd, and even third winners.

Add a few twists to spice things up.

You will love this game if you want to play it as a family or have more than two kid. A group of kids will make it merrier.

Get the music ready. It should be something they love listening to.

Have some chairs, kids' chairs will be suitable for a kids' only game. But if you plan to join them, get adult chairs.

Arrange the chairs in a circle.  The space should be wide enough to accommodate movement. The number of chairs should be one less than the players.

Now get the music playing and let the participants dance around the chairs.

You will stop the music at some point, and they're supposed to sit on the nearest chair. The remaining individual standing is automatically eliminated from the game. The game continues until there's only one winner.

Recommendation: Let the players alternate between running and dancing around the chairs to make the game more fun and complex.

Bowling does not have to be complex.  Get creative with those empty water bottles you've been stuffing in a corner to kick start the game. The bottles can act as the bowling pins that the kids will have to knock overusing their light-weight balls.

First, find a flat space within your house. It should be large enough to allow running/flexible movements. If you don't have water bottles, use whichever cans you have.  Around 10 of them should be enough.

Also, if you don't have any bottles/ cans, or won't mind spending some cash, you can order ready bowling set.

Tell the children to get their tennis ball or any other light-weight plastic ball they might have to use as a thrower. A tape, non-toxic spray paint, and a tape will also come handy.

Begin by drawing a bowling lane using the tape

If your bottles or cans have any wrappings, remove them and then spray paint. Afterwards, set them aside to dry.

Once the cans/bottles are dry, get them to the end of the bowling lane and arrange them according to preference (You can set them up as you would bowling pins, or form a pyramid with one on top of the other)

The cans are now ready. Let the kids strike them in turns using the ball.

Award points according to pre-agreed rules and enjoy.

Recommendation: If the kids are first-timers, and are yet to master the art of bowl playing, introduce bonus points or gifts for encouragement.

Bowling is a good game to improve hand to eye coordination in kids, which is an important skill they can use in various areas of their lives, including studies.

Although indoor games have always been there, Covid-19 has just illustrated how fun and useful they can be in maintaining physical and mental wellness for the entire family.

If you are a parent or guardian and would like to light up your kids' day, the games as mentioned earlier are some of the few you can try out.

The list is, however, not conclusive. So feel free to add some and let the fun begin!

Newer
How Can You Use Play to Teach Kids About Money?
Older
Six Ways to Inspire Children to Enjoy Cooking