iKids on the Playground 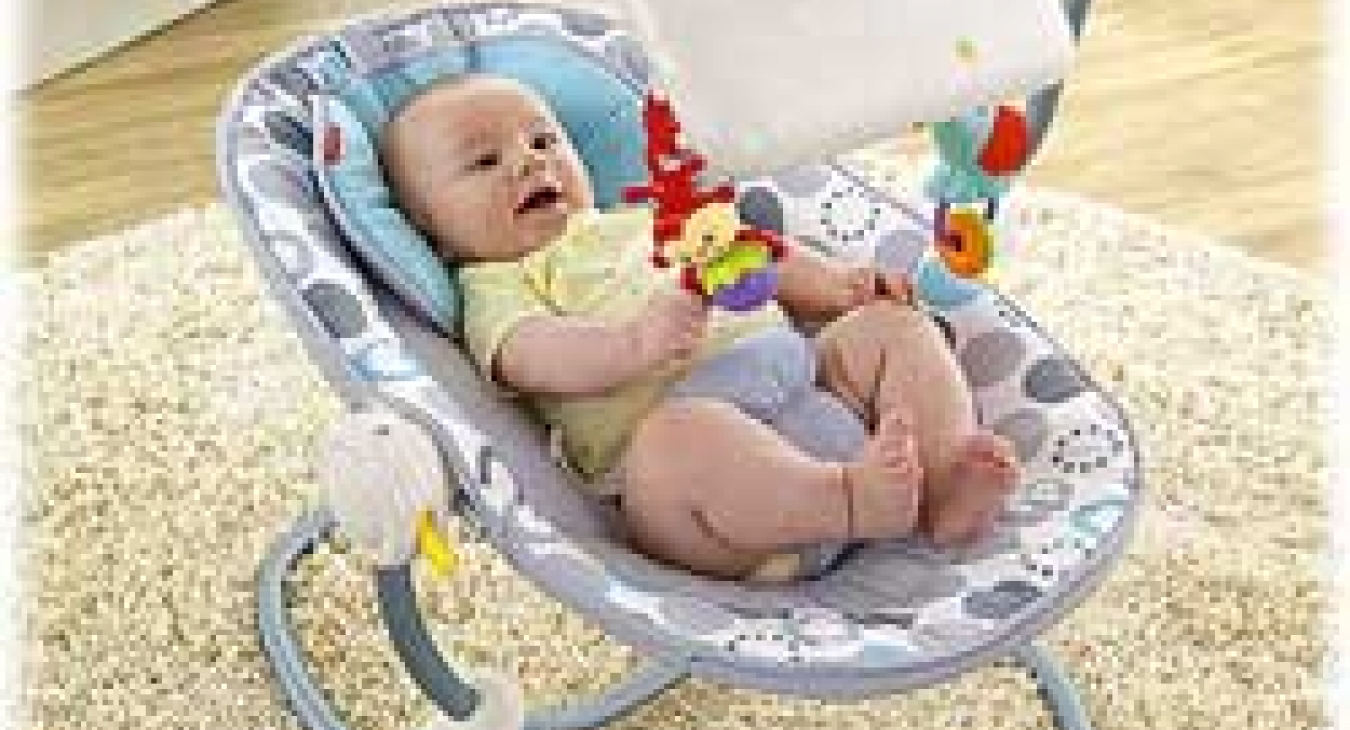 A new baby seat that comes with an iPad mount has some parents and experts worried that children that age are far too young to be getting screen time. 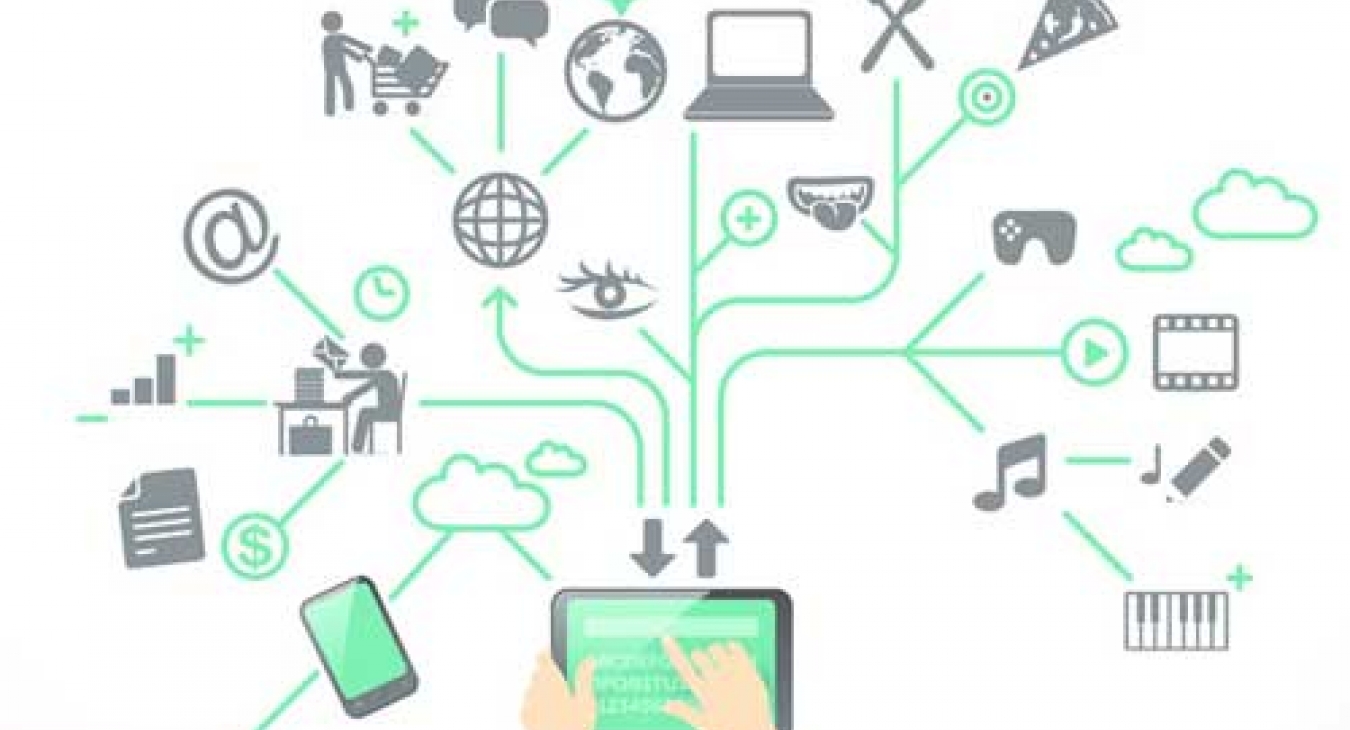 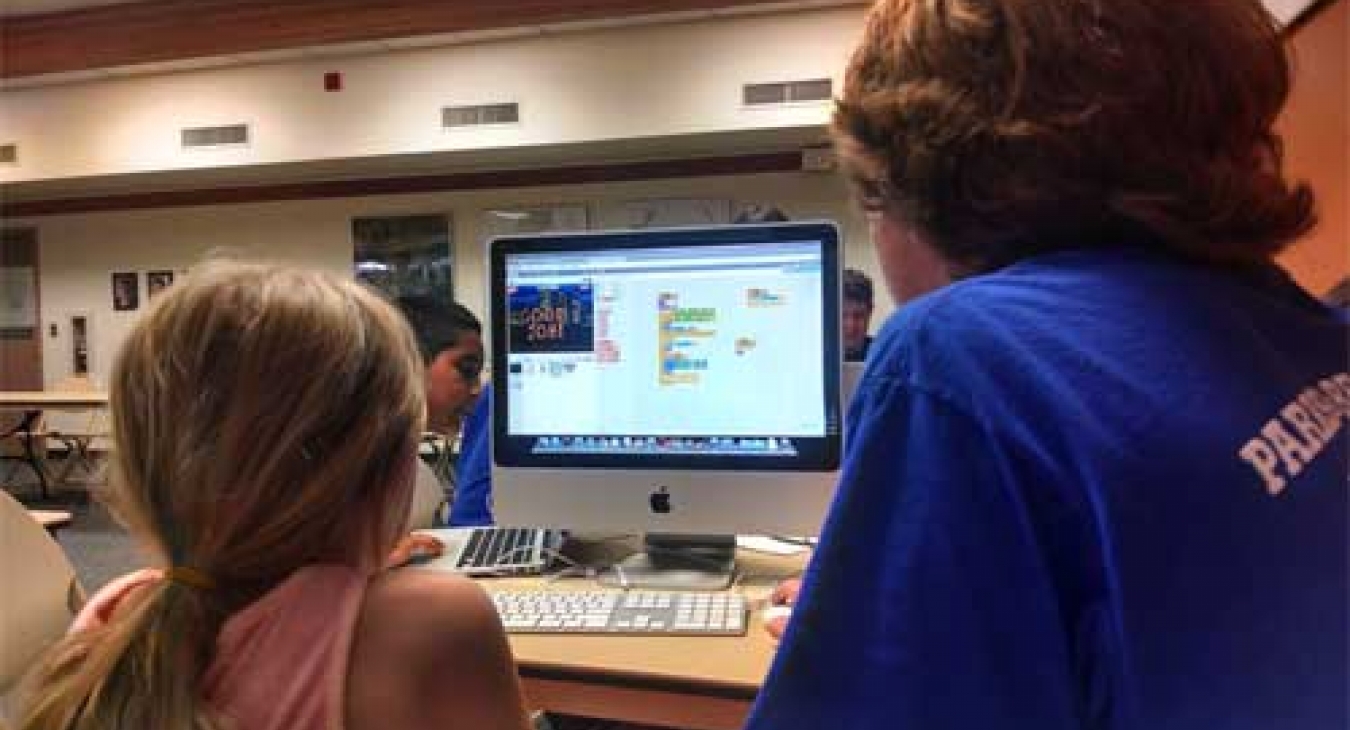 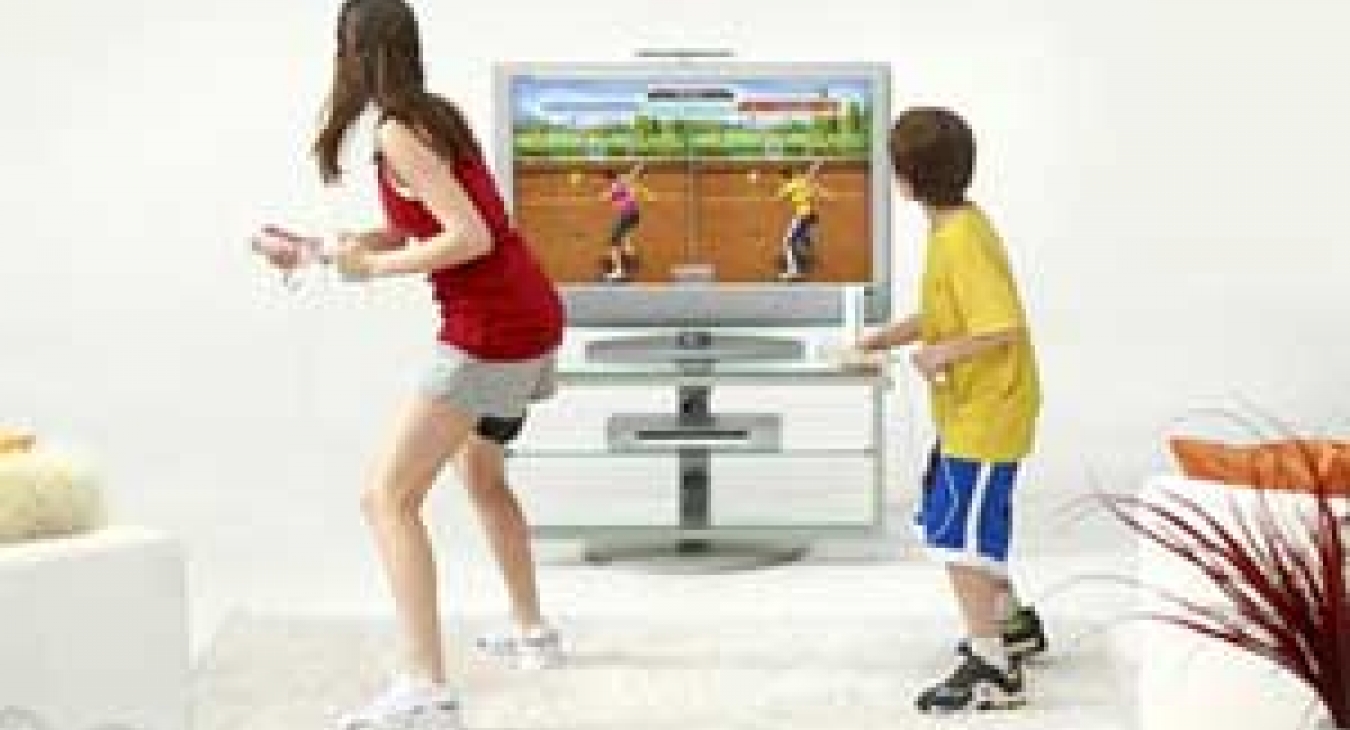 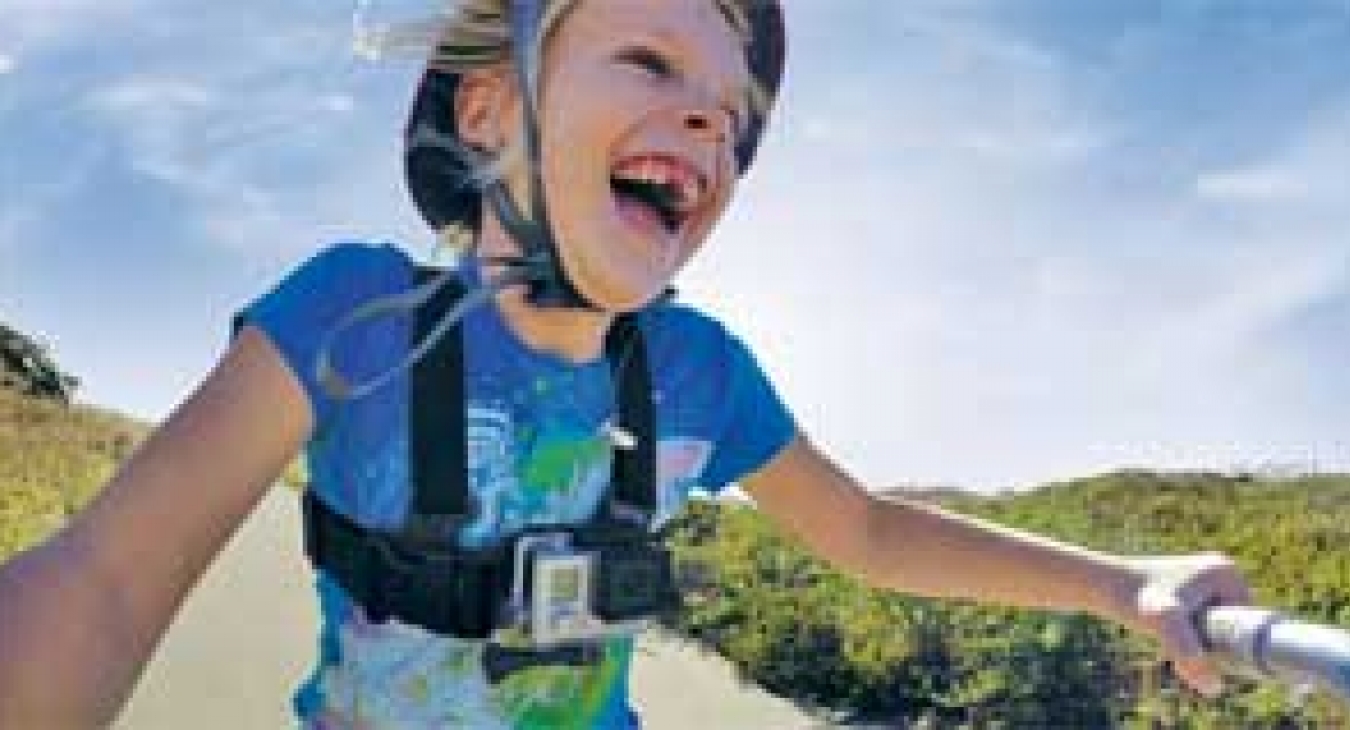 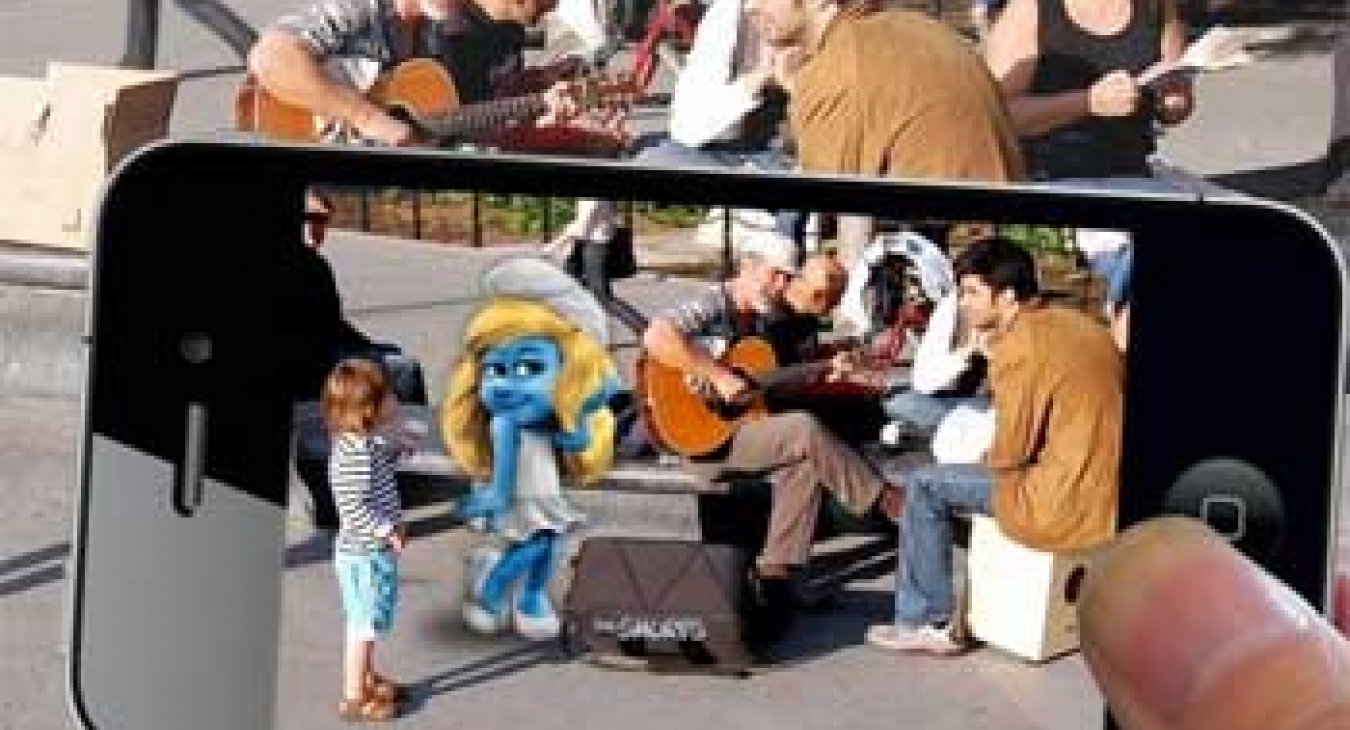 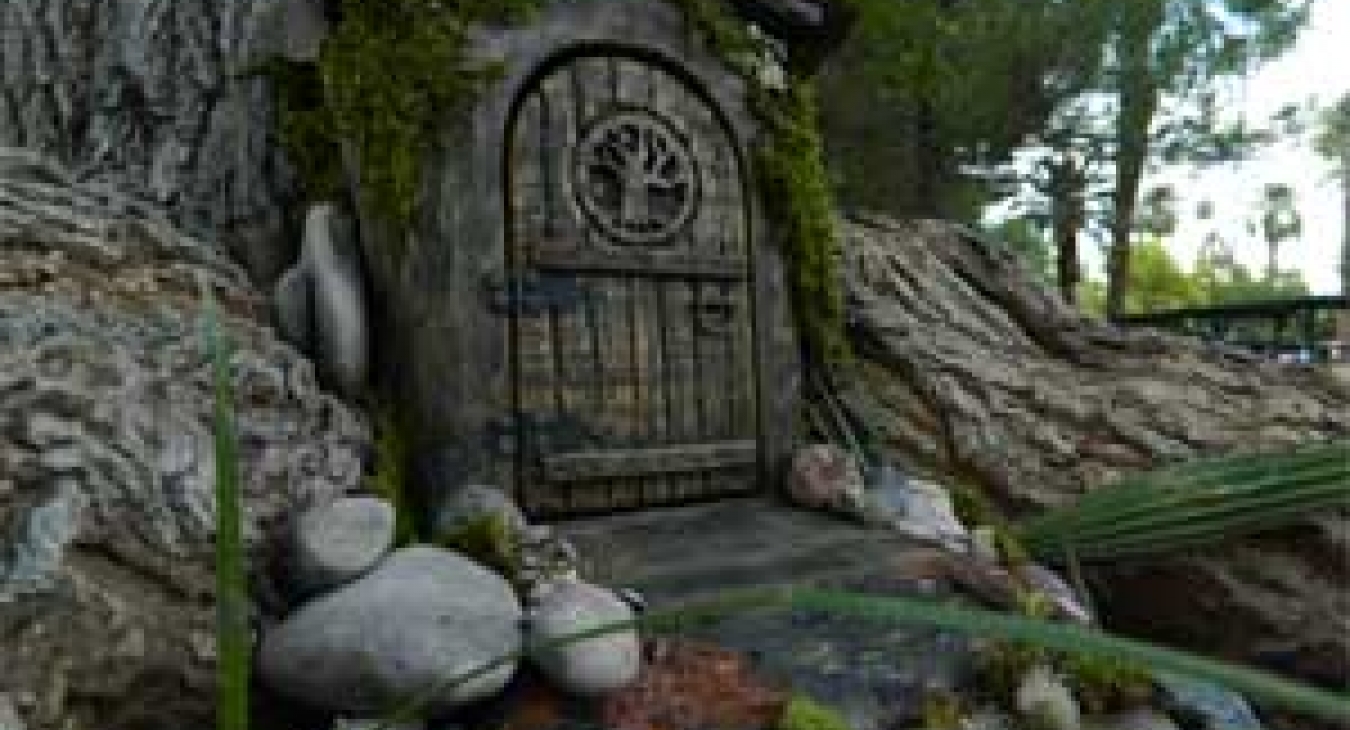 Over the past year there have been many articles written about the impact of screen time on children. Such concerns are nothing new. In the ’50s, many of the same dire predictions where rampant over the impact of TV. Interestingly, some of those predictions, such as kids becoming more sedentary on one hand and more informed on the other, turn out to be correct.

The debate raging these days is an order of magnitude more complex. Part of the difficulty in sorting the issue out is that many of the arguments use studies that relate to TV rather than smart devices and so fail to take into account the interactive aspect they provide.

Basically the core issues for reducing screen time are:

On the other hand we hear that:

Regardless of where one stands on this issue smart devices are an inevitable part of children’s lives in our media-rich society. What does all this mean for play and playgrounds and for those who create spaces for play?

Connecting to the Internet is rapidly becoming “embedded” in nearly all everyday products. We already have smart brakes on our cars, smart ovens, etc. This intelligence will become smaller and in the near future they will be completely linked together. Our environment will be “encrusted” with information and we will swim in its web much as today’s children swim in the world of multimedia. For them, this new “Internet of Things” (IoT) age will be totally natural. For those of us who still live in the industrial age, it will be a weird world…one which we do not understand and which is largely invisible to us.

“The Web Dream is what smart kids across America – smart kids across the world – are dreaming. They might not trust in God or Family and they sure as hell don’t believe in Country; they believe in Themselves, and in the power of their cleverly customizable, infinitely scaleable, robust and ubiquitous, interactive, pull-down-menu Dreams.” Josh Quittner, Web Dreams, Wired Nov. ‘96

So what does a playground for the iKid look like? Well, it does NOT look like a big computer. We have to look deeper into how the “wired” experience changes the worldview, and even the brain structures in the minds of today’s children.

Due to the iKid’s immersion in digital media, there are some conceptual characteristics that are “natural” and that the wired child has come to expect from their environment.

1.   Layered and Linked – The computer games kids play have hidden levels and the whole Internet is structured so that nearly every page has layers beneath it. Not only are there layers but there are also links where one connection leads to another.

2.   Non-linear – The web experience is often called “surfing” and a good mental image of this process is the child exploring information like a dog wandering down the beach following his nose and skipping from interest to interest.

3.   Configurable – Kids expect to be able to change their experience on their devices, for example, by creating whole worlds or designing their own avatar. In the virtual world of the Internet, physical constraints and consequences disappear and kids experience a universe of unlimited behaviors. This leads them to expect a very high level of flexibility from their physical environment.

4.   Virtual – Adults think that virtual” means intangible and thus not significant. But for the iKid, their online existence and persona can be every bit as real as their physical world. That’s one reason that online bullying can be so devastating, which most adults can fully appreciate.

5.   Interactive – The online experience is interactive in several ways. Kids can interact with each other both virtually, as with Skype, or physically as with such virtual reality games as those on the Nintendo Wii. The capacity to program smart devices is also a type of interactivity as the child creates commands that the computer or robot enacts.

6.   Recordable – The sense of time begins to change when iKids can record their favorite shows for later replay. Today’s kids are also the first generation to see hundreds of photos of themselves from infancy on. They carry smart devices that can record and save much of their experience. These memories become a form of currency and content within the childhood culture, which are used in many ways.

7.   Embedded – As we enter the age of the Internet of Everything, the web itself will be embedded in the environment bringing all of the characteristics discussed here into the child’s immediate environment. The big change is that until now “information” was static, for example, all of the stories and memories packed into the McDonald’s arches or Nike swoosh logos. In the near future those logos will communicate directly with the child through IoT to their devices.

8.   Real-time – Google owes much of its success to a fanatical dedication to speed. It is not unusual to get thousands of responses to a search in fractions of a second. This means that waiting will increasingly become “a drag.” Studies show that boredom is often the wellspring of creativity, and today’s kids have very little tolerance for waiting and boredom.

9.   High tech, high touch – We are already seeing that today’s kids not only lead rich virtual lives, but many are also extremely physical. Consider how common it is to see kids doing all sorts of wild activities with GoPro cameras recording every second.

Now that we have identified the major experiential differences that characterize the typical iKid’s life, we can ask, what do these insights tell us that can be used to make playspaces more attuned to, and engaging for, the iKids of today and tomorrow?

1.   Layered and Linked – The physical challenges of playgrounds should only be a small part of the total play experience. Within the playgrounds obvious functions such as climbing and swinging, there should be additional elements that are discoverable with in-depth use. Most importantly, there should be elements in the playground that connect to the virtual world of information, and this will become a natural extension of IoT.

2.   Non-linear – Current playgrounds are very linear, they present activities in a sequence of things to do, i.e. go up the climber and go down the slide. A more interesting and engaging approach is to make the juxtaposition of elements seemingly random or chaotic.

3.   Configurable – The playspace should allow for changing as many aspects of the interaction as possible. Loose part systems like the Imagination Playground are ideal.

4.   Virtual – There are obvious applications of electronic games, but there are also some less obvious things that can be done. The smart devices that iKids carry with them provide so many functions that they should be thought of as a combination of a general purposes computer merged with an entertainment center. The devices can provide music and other sounds. They can be used to create augmented reality, so that the iKid can “look though” the camera and see an overlaid dynamic image that can be a theme such as Angry Birds replete with interactive characters. Today, themed playgrounds cost much more than undecorated structures. In the future, the iKid will be able to select their play theme at will, so that every time they visit the playground, the theme can be different.

5.   Interactive – Play is intrinsically interactive, but the difference for the iKid is that tying these ideas together can become, if you will, hyper-interactive. The capacity to video chat alone brings a whole new dimension to play. In the very near future we will see many Apps designed specifically to enhance children’s play. The most exciting aspect of this is that many of these Apps will be created by the iKids themselves.

6.   Recordable – The emerging discipline of gamification has clearly demonstrated that being able to keep score greatly increases engagement. As with old school pinball machines, with smart devices in play on playgrounds iKids compete for best scores of historical players. They can adjust the score keeping, giving players of various skill levels handicaps as is done in golf for example.

7.   Embedded – Future-proof playscapes must be thick with ways to link, both physically and virtually to stories. These stories can be provided by Apps or made up by children. An example could be to provide a physical “Tiny Door” in the playspace as well as an App that generates a programmable elf so the parent can customize the elf’s behavior for their child. Using augmented reality, the elf can appear and interact quite wonderfully with the children. Such interactivity will be best when it is largely kid controlled, and when that it available, it will allow myth making to return to the child culture.

8.   Real-time – It is true that the responsiveness of modern smart devices can breed impatience. The beauty of bringing tech to playspaces is that the addition physical activity and challenges change the pace of play back to a human level. The key is to insure that the inclusion of technology is used to facilitate the child’s own play and not to provide entertainment.

9.   High tech, high touch – In the near future we are sure to see a bunch of tech hanging off metal and plastic play structures, but my sense is that smart devices will be most powerful when combined with naturalistic playspaces. My reason for asserting this is that the ability of smart devices to project virtual reality allows for the kind of elf-play mentioned above which will be difficult to integrate on typical play apparatus.

In conclusion, we should not be afraid of the “wired” world and the iKids who inhabit it. Instead of being overly concerned, we should try to understand this inevitable change and prepare ourselves, our children, and our playspaces to embrace to it.