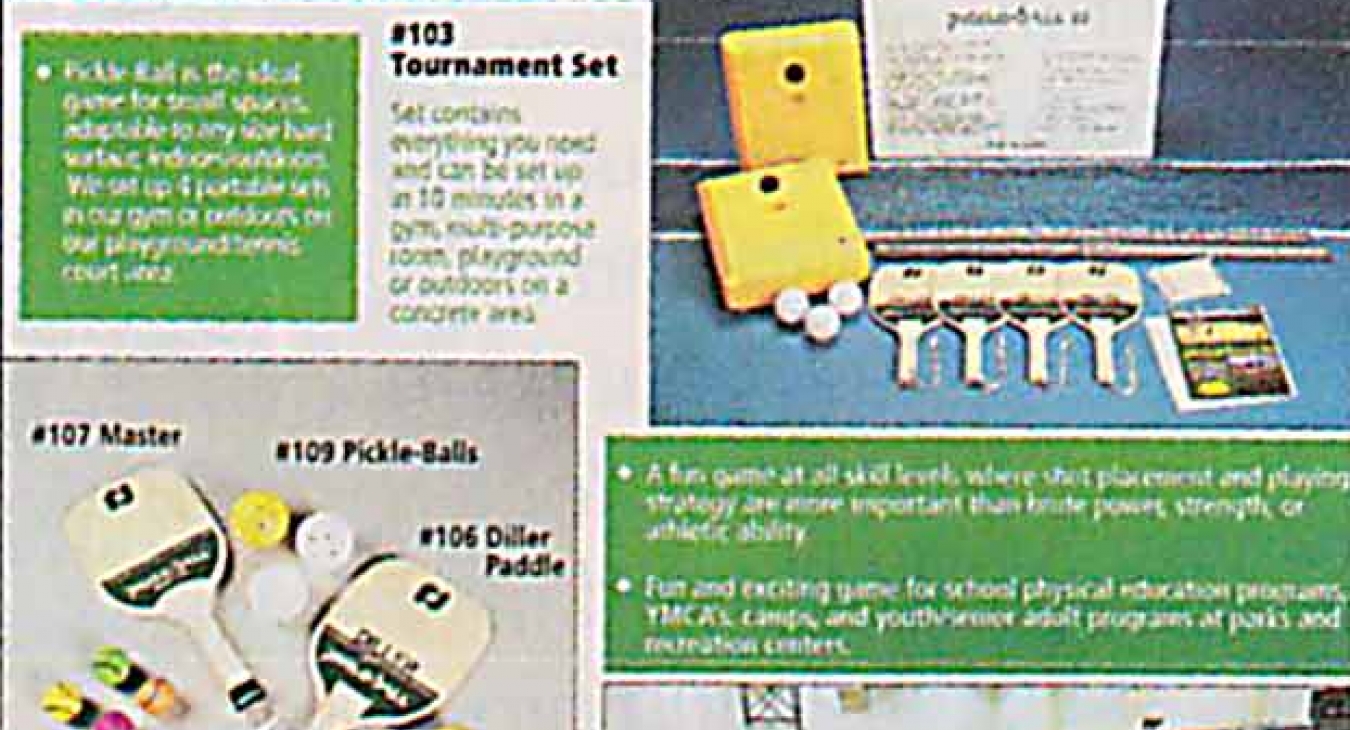 The Game with the Funny Name has Wide-Reaching Appeal

There is a need to try to satisfy everyone. Whether you are a parks and recreation professional, a school administrator or any of countless after-school programs, there is always a desire to find low-cost activities that appeal to a wide range of people and use little space.

And the answer may just come for many in the game with a funny name- Pickle-Ball.

Pickle-Ball is a slowed-down version of tennis, using wooden racquets, plastic balls and a court the size of a doubles badminton court that is enjoyable for people of all ages and skill levels.

The game is ideal for parks and recreation programs and school physical education programs because it is easily learned and teaches basic racquet skills which can lead to faster-paced games such as tennis or racquetball.

"One of the number one advantages is that it's a lead-up game for other racquet games," said Doug Smith, president of Pickle-Ball, Inc., based in Seattle. "The air slows up the ball as it passes through so that the game is slower than other racquet games and people can focus on using the racquet."

Smith says that most games involve long rallies and rely on strategic placement of shots, as opposed to raw power and hard hitting. To encourage this type of play, equipment and rules have been put in place to avoid the "power game."

For example, all serves must be underhand and have to bounce before being returned. The serving team must also allow the return to bounce before hitting the shot back. There is also a seven-foot "No Volley Zone" in which players may not enter until the ball has bounced on their side of the net. This helps avoid the overhead slam.

Because of the nature of the game, people of all ages can enjoy Pickle-Ball. Smith says that one of the areas where his company is seeing the most growth is in retirement communities and parks and recreation programs aimed at seniors. However, it is still in the schools where Pickle-Ball is enjoyed most often.

"Ninety percent of our business is from school PE programs," Smith said. "Schools already have the courts and are often looking for programs they can do indoors during the winter months."

The game was invented by 35 years ago when a group of friends- U.S. Rep. Joel Pritchard, R.-Wash., William Bell and Barney Mccallum-were looking for an alternative to badminton in Pritchard's backyard on Bainbridge Island, Wash. They improvised the game using materials and equipment that could already be found around the house and turned it into the beginnings of Pickle-Ball. The name of the game was developed when Pritchard's dog-Pickles-would interrupt games by stealing the plastic balls that the families would play the game using. 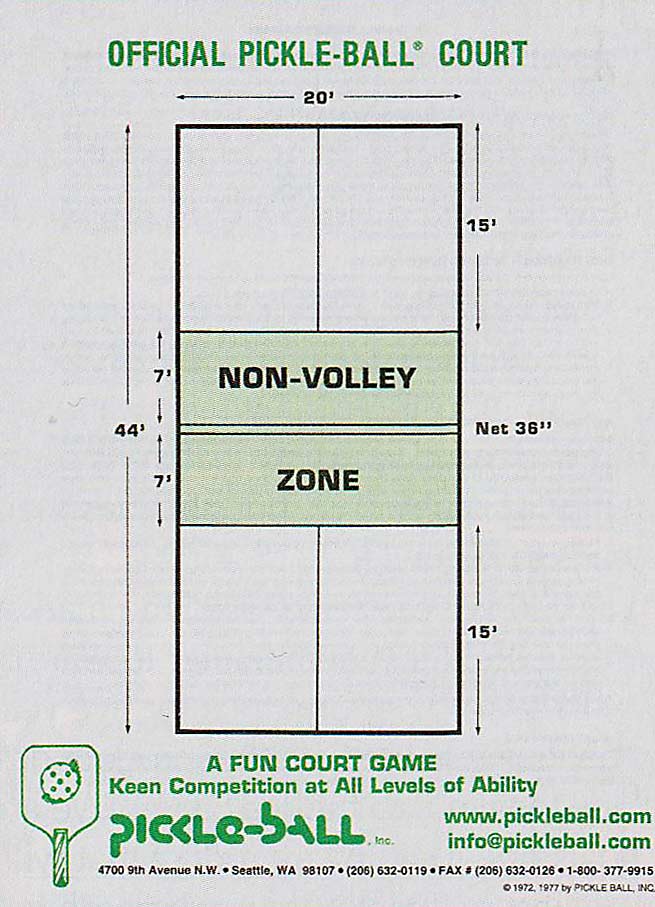 A starter kit is available through Pickle-Ball, Inc., and includes all of the necessary equipment needed to play wherever you are.

Since then there has been steady growth of the sport and with the increasing number of seniors moving to sunshine states such as Florida, Arizona, and California, the popularity of Pickle-Ball is only increasing.

"It's popular partially because it's adaptable to whatever space you have," Smith said. "You can also play it indoors or outdoors. It's very versatile. It can be played out on the playground or in a small multi-purpose room."

All that is needed for initial startup is the Tournament Set. This set, which can be purchased for $100, includes a net, water-filled net supports, four paddles, four balls, an educational video and a packet of valuable information that includes set up information and rules of play. The set can be constructed and ready to play in ten minutes.

Smith says that Pickle-Ball fits in well with other physical education and parks and recreation programs as both a lead-in for other racquet sports, but also a valuable source of exercise in its own right.

"People of all ages can get out and exercise with a game that is easy to learn and has a high success rate," he said.