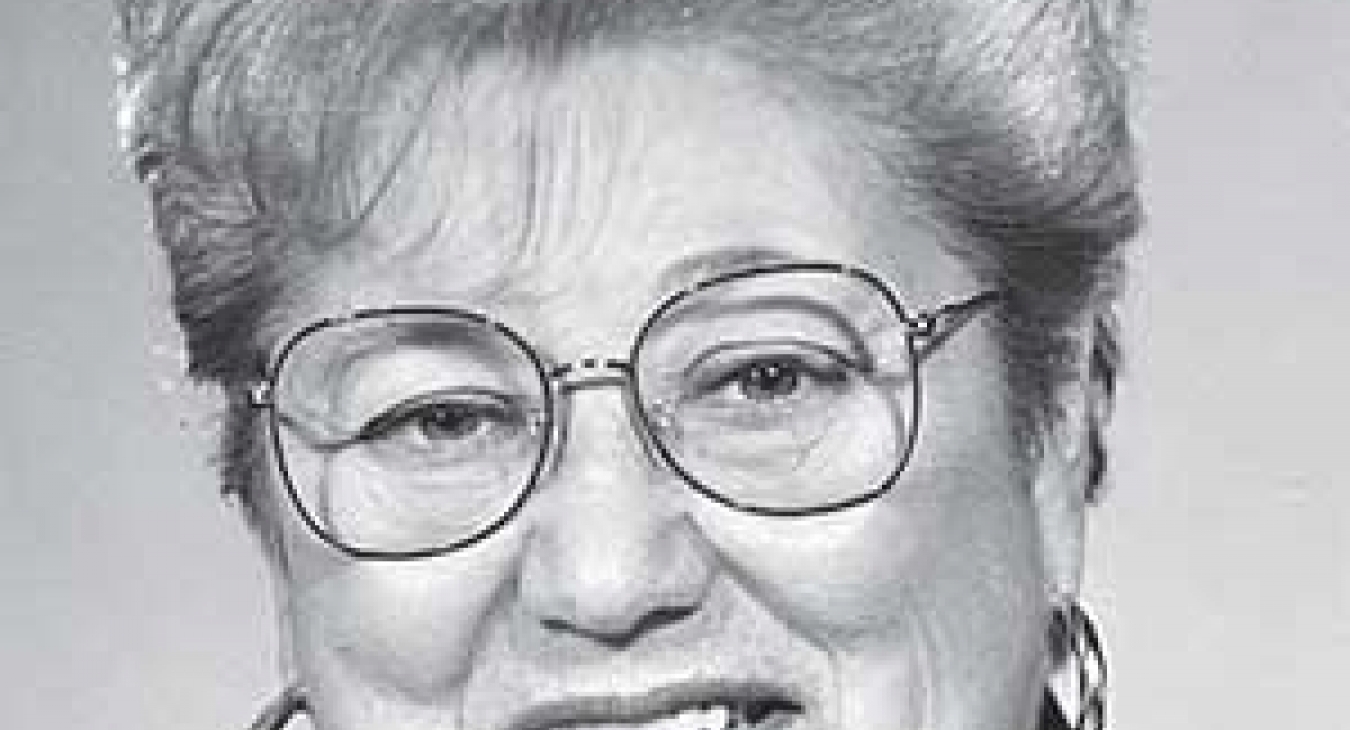 It hardly seems possible that Fran has been gone for five years. The work she did during her lifetime is growing and expanding, and she has been chosen for another honor to recognize her service and her accomplishments.

On October 9th, at the 2013 National Recreation and Park Association Congress in Houston, Texas, Dr. Frances Wallach will join the ranks of the distinguished inductees in the NRPA’s Robert W. Crawford Hall of Fame. Some of her fellow inductees are Joseph Lee, Theresa Brungardt, Joseph Prendergast, Robert Moses, Edith Ball, and Robert W. Crawford.

It is especially appropriate for Fran to join the Robert W. Crawford Hall of Fame as she was a friend and colleague of Robert Crawford.

To be selected for this honor, the nominee must have made an extraordinary and lasting contribution to the advancement of the park and recreation movement, and their contribution must have been consistent with the mission of the National Recreation and Park Association, the Academy of Park and Recreation Administration, and its predecessor organizations. The nomination cannot occur until five years after their death.

It can be said without question that Frances Wallach made extraordinary contributions to the advancement of the park and recreation movement in the United States.

Fran was the chair and a founding member of the ASTM Committee F15.29 for Public Playground Equipment in 1988. This committee was responsible for establishing playground design specifications that would improve the safety of commercial playgrounds in the United States. She remained the chair of this committee until 2005. During the time she chaired this committee, Standard F1487, “Standard Consumer Safety Performance Specification for Playground Equipment for Public Use” came into being in 1993 and was reviewed and improved in 1995, 1998, 2001, and 2005. This is the playground industry standard for playground equipment design and is one of the two authority references that are used nationally by Certified Playground Safety Inspectors (CPSIs) when inspecting playgrounds.

At the same time her leadership of the committee in ASTM was happening, she was a committee member of the US Consumer Product Safety Commission’s Safety Standards Committee that was responsible for providing the “Handbook for Public Playground Safety.” This is the nationally recognized guideline promoting playground safety and playground safety practices that is the second of the two authority references for CPSIs.

In 1990, Fran, Monte Christiansen, and Ken Kutska convinced the NRPA Executive Director, Dean Tice, to allow a two day pre-congress Playground Safety Institute before the 1991 NRPA Congress. The success of this safety institute created the National Playground Safety Institute (NPSI) under the NRPA. Fran was a founding member of the NPSI Executive Board and served continuously on the Board until her death in 2008.

The NRPA is now running the program for Certified Playground Safety Inspectors started by the National Playground Safety Institute. It is estimated that over 60,000 persons have been through the training since the beginning of NPSI. About 3,000 are trained every year, and the current registry of CPSIs is around 6,500. CPSIs must recertify every three years to maintain their certification. The large numbers of persons who have been exposed to the training and who are now more knowledgeable about playground safety is a testament to Fran’s work and the work of the other co-founders of NPSI.

In addition to her extensive work with playground safety, Fran was active in the area of gerontology and therapeutic recreation. She was a Master Therapeutic Recreation Specialist (MTRS) and an accredited Therapeutic Recreation Consultant. She served on the President’s Council for Employment of Persons with Disabilities and the Access Board’s Regulatory Negotiation Committee on Accessibility for Play Facilities.

She offered her professional expertise generously to many organizations in her many areas of interest including the National Program for Playground Safety, Boundless Playgrounds, International Play Equipment Manufacturers Association, and the National Safety Council.

In addition to her participation on national committees, NRPA committees, and special interest groups related to recreation, playground safety, and accessibility, Fran contributed to the recreation and park society in her home state of New York. She was the president of that organization, a state conference chairman, and chairman of many committees. She was recognized by the New York State Recreation and Park Society by her posthumous induction into the NYSRPS Hall of Fame in 2009.

Her contributions are certainly consistent with the mission of the NRPA which is: “To advance parks, recreation and environmental conservation efforts that enhance the quality of life for all people.” Fran was the consummate professional in all she did for the parks and recreation movement. She led with grace and mentored and inspired the people she came in contact with in all her various roles. She helped people to connect who could help each other and she was always available to help. In memorial tributes after her death in January of 2008, Fran was referred to as “the mother of playground safety.”

Fran was a trailblazer for the industry and has left a legacy of service to millions of children who can play safely at home, at school, and in the community because of her efforts. She had many friends and colleagues who considered her a mentor and appreciated her selfless giving of time and attention to help them deal with personal and business issues. All of us who knew her have stories of how she improved our lives.

A final tribute to Fran, made by her son Mark at her funeral, was most appropriate for the wonderful person that we knew. He said “…I look back at the family and relatives, the friends and neighbors…, the many colleagues and friends from her professional life. All of us have been touched by my mother, all of us will miss her terribly and I doubt that there is a person living who knew her and will not remember her kindly. I would call that a good life’s work.”