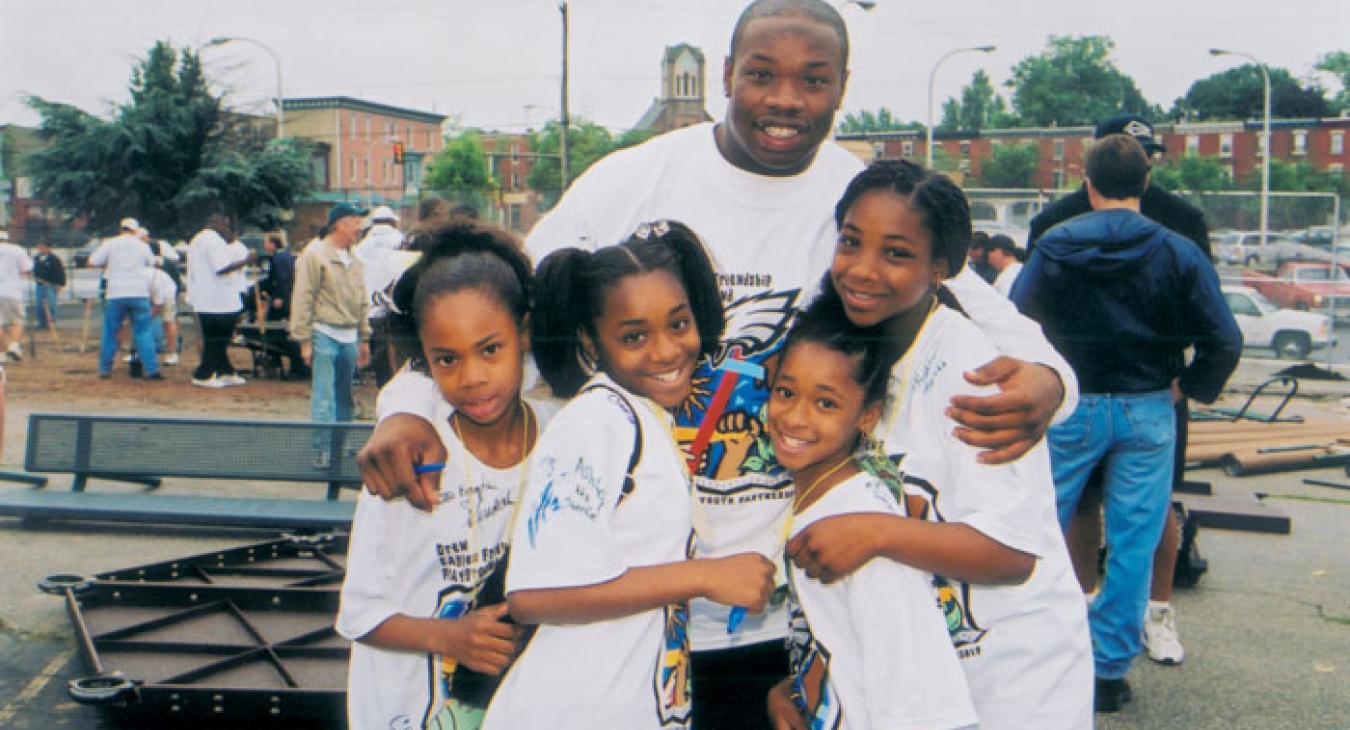 The Jonesboro Parks and Recreation Department utilized members from throughout the community to complete its “Hands on Jonesboro” project.

The parks and recreation department for the city of Jonesboro, Ark., had a dilemma not uncommon in other cities around the country. The play equipment in their 21 parks was old and was becoming a safety hazard.

The city had maintained the equipment well—even employing a certified playground safety inspector on staff—but the equipment was old and was in dire need of replacement.

But unlike many cities throughout the country, Jonesboro not only recognized the need to replace the equipment, they also set aside the money and developed a five-year plan to get the job done.

As part of the five-year plan, Jonesboro officials decided that one of the first playgrounds that should be restored was a smaller neighborhood park, Hope Avenue Park. The city also decided—with the help of the manufacturer of that park’s equipment, Miracle—to complete the playground with the help of the community.

Although the idea of doing a community-built playground isn’t a new one, the approach Jonesboro took was different.

“I think initially our goal with doing the community-built park was to involve the neighborhood,” said Jason Wilkie, parks and recreation director for the city of Jonesboro. “We wanted to get the neighborhood involved in the installation. That would help keep the park in good shape.”

For, as has been discovered in a number of other cases, ownership in a playground helps keep the structure in better shape. Vandalizing, littering and other nuisances to the park are cut down when neighbors are helping patrol and inspect the playground. 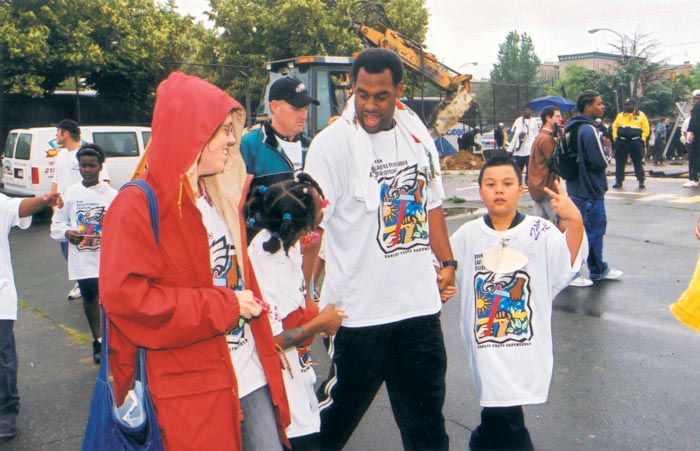 The children in the neighborhood surrounding the Hope Avenue Park were some of those that helped in the creation, and celebration, of the new park.

The community involvement started with the city polling local children as to the type of elements they wanted included in their structure. Allison Johnson, the special events and media coordinator for the parks and recreation department, carried out the voting process by showing children pictures of different available components and asking for their opinions.

“That was a big determining effect on what equipment we decided to get,” Johnson said. “That was our target. They were the ones that would play on it, let’s get their opinion. Also, kids get excited when you ask for their opinion.”

Finding members of the community who would have both the time and resources to assist in the project was another challenge. With this challenge, Johnson developed the idea of a community-wide event, called “Hands on Jonesboro,” that would give sponsors from around the community a chance to help in a specific way with the project. 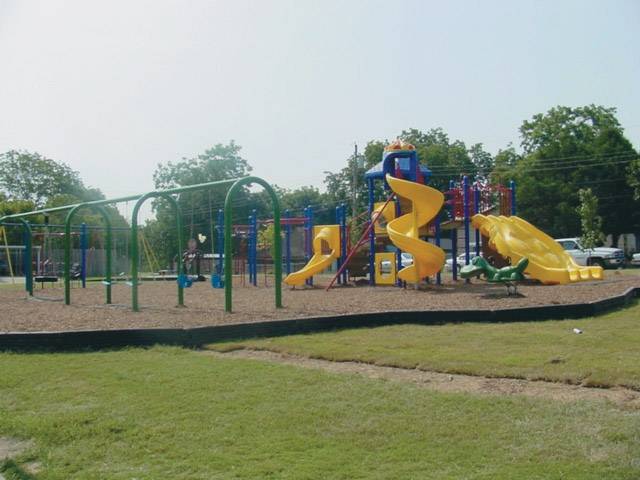 Each day of work was sponsored by a different community organization or business.

Each sponsor, which varied from a church to a Girl Scout troop to the local home builders association, was responsible for one day of the build. There were eight total sponsors, one for each day of the six-day build, one for the grand opening and one (the local Pepsi bottler) that supplied drinks for everyday.

“People ask me all the time if it was hard to get people involved, and it really wasn’t,” Johnson said. “In fact, there were more businesses that were interested in helping than days we had for the build.” 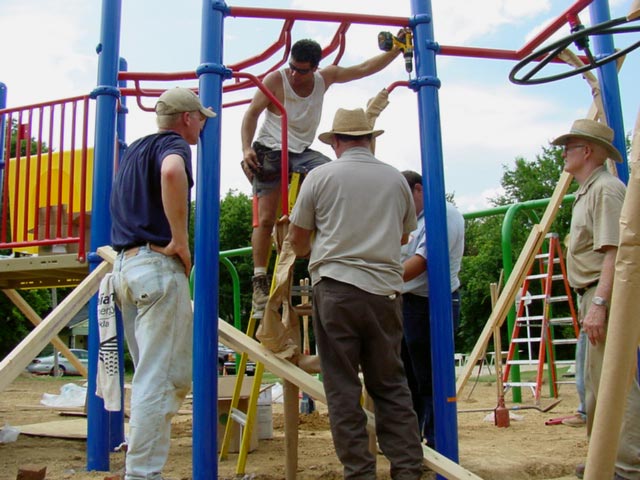 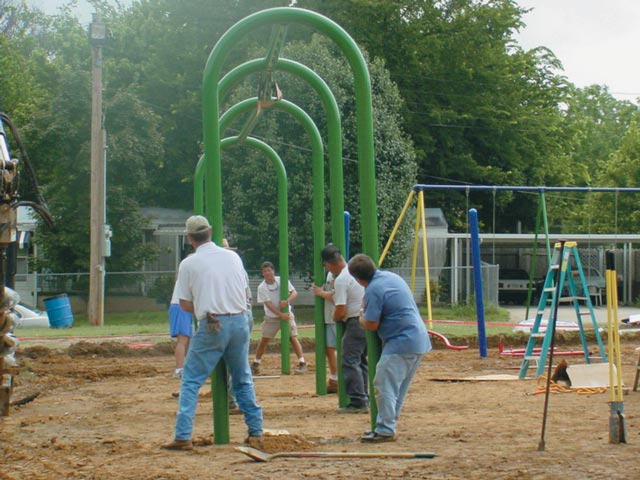 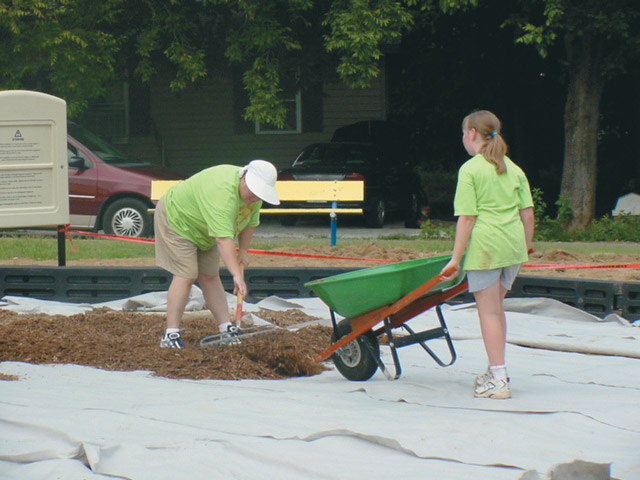 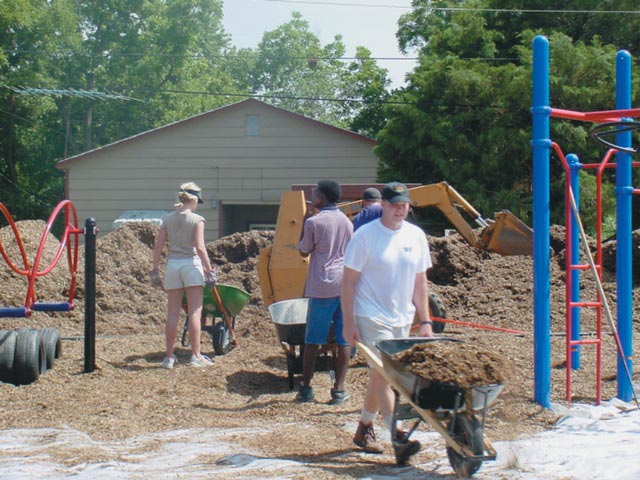 Community volunteerism creates a sense of ownership that will benefit the playground for years to come.

“(The grand opening) was the topper to the whole cake,” Johnson said. “The mayor had a ribbon-cutting ceremony. The kids were standing all around him. It was a great experience for the kids.”

In this project, even the ribbon cutting by the mayor was a community event. Instead of a traditional ribbon, Johnson and the local kids attending the grand opening built a paper chain for the mayor to cut.

Miracle supplied a certified installer to supervise the entire process and to ensure the job was completed satisfactorily.

“We wanted to have a certified installer, even though we had a certified playground safety inspector on our staff,” Wilkie said. “It was tremendous to have the installation supervised to make sure everything was done the right way.”

The playground equipment, which had a price tag of $42,000, was purchased with money the city received from a community development block grant from the federal government.

While there are no other specific plans for additional community-built playgrounds, neither Johnson nor Wilkie have ruled it out.

“I’m not sure if we’re planning on doing this with any other (parks),” Johnson said. “We would like to—we’re just taking them one park at a time.”

Wilkie agrees that the experience was good for the city and one that he would support again at some time.

“It was a wonderful project and we would definitely do it again,” he said.