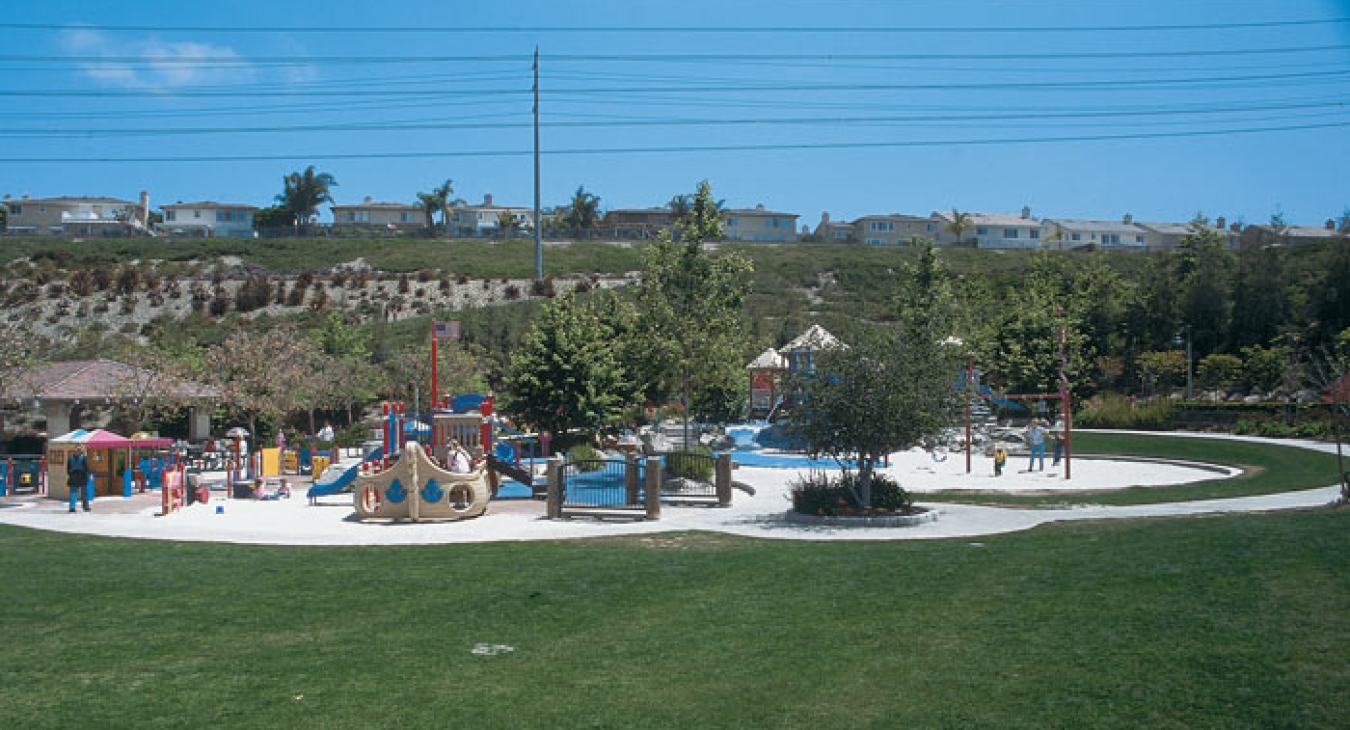 It’s been an eventful 14 months for Frances Wallach.

Her office is located one block away from the site of the World Trade Center attacks in Lower Manhattan. She was out of her office and in a hotel for four months after the attacks—all the while doing all she could to make playgrounds safer and more fun for a world full of children.

“We have several schools (nearby) where the kids were in school at the time (the attack) happened,” she said. “They have had some traumas, but I think that play is helping them get through some of those problems.”

Perhaps it is experienced with children like the ones personally affected by the attacks that give Wallach her energy. It’s her energy and hard work that resulted in her being named the Ahrens Playground Advocate of the Year earlier this year by the National Program for Playground Safety. It is the first such award given by the organization and an honor to Wallach.

“I think every time you receive an award it’s a recognition of something you’ve accomplished,” she said of the announcement. “I have tried to do a lot for the industry and have donated a lot of time to pro bono volunteer work.”

When wondering why Wallach, a native New Yorker who earned degrees from Brooklyn College (B.A.) and Columbia University (M.A. and Ed. D.), would make the perfect choice for the inaugural Ahrens Playground Advocate of the Year, it almost seems like a no-brainer. Her list of accomplishments and services is as long as anyone’s in the industry.

Currently, she serves as the president of her consulting company, Total Recreation Management Services, Inc., and is an adjunct professor at New York University. She serves as a member of seven ASTM sub-committees and is an executive board member on the ASTM F15 Committee. She is the chair of ASTM Committee F15.29—Public Use Play Equipment and is the secretary of ASTM Committee F15.36—Soft-Contained Playground Equipment.

Not only is her list of current positions long, but she has also served in the past as a United Nations Liaison for the World Leisure and Recreation Association and as president of the National Playground Safety Institute.

Her biography makes other folks seem as if they have been standing still for the last 30 years. Not bad for someone who started in the playground industry because she was bored staying home.

She started in the playground industry as a volunteer in her hometown on Long Island, N.Y. She was raising three small children and found staying at home difficult. After she had worked with the local parks and recreation department in her hometown for a while, the local parks and recreation director was named the director for all of Nassau County. He asked her to go with him to his new post. Eventually, she became the superintendent for Nassau County, but, in 1973, she started her own business as a recreation management consultant and has never looked back.

“I had to take a leave of absence (from Nassau County’s parks and recreation department) because of the need to take a residency for the doctorate,” she said. “I took a leave from work, but still needed to make a living, so I became a consultant. I did so well that I’ve been doing it since 1973.”

Over the years, Wallach has seen some major changes in the play equipment industry.

“To give you an idea of the way things have changed, when I started, the recommended surface to put under playgrounds was asphalt because it was considered softer than concrete,” she said.

Wallach has seen an increasing amount of attention paid to playground safety over the years but explains that making playgrounds safer does not necessarily mean making them less exciting to the children.

Hazards, Wallach says, are things like protrusions and poorly maintained equipment, things that the child doesn’t consider. Those are the removable items that make playgrounds significantly safer without making them less risky.

She also sees that the current trends in play equipment seem to be promoting an increase in creativity in the equipment, much of which is coming in the form of theme-based play areas. She is also seeing more aquatic play elements on the playground and a better use of the areas surrounding the playgrounds.

But she hopes that the emphasis placed on playground safety will continue. She hopes that areas of the country which have unsafe play structures will replace them with safer structures, or at least take out the hazardous ones.

“Some of (the dangerous playgrounds) aren’t replaced for budgetary concerns,” she said. “I encourage people to take it out, even if they can’t replace it. That gets the dangerous equipment away from the children. Plus, playgrounds are often replaced faster when that happens.”

The playground industry is blessed more with Wallach’s energy and expertise.