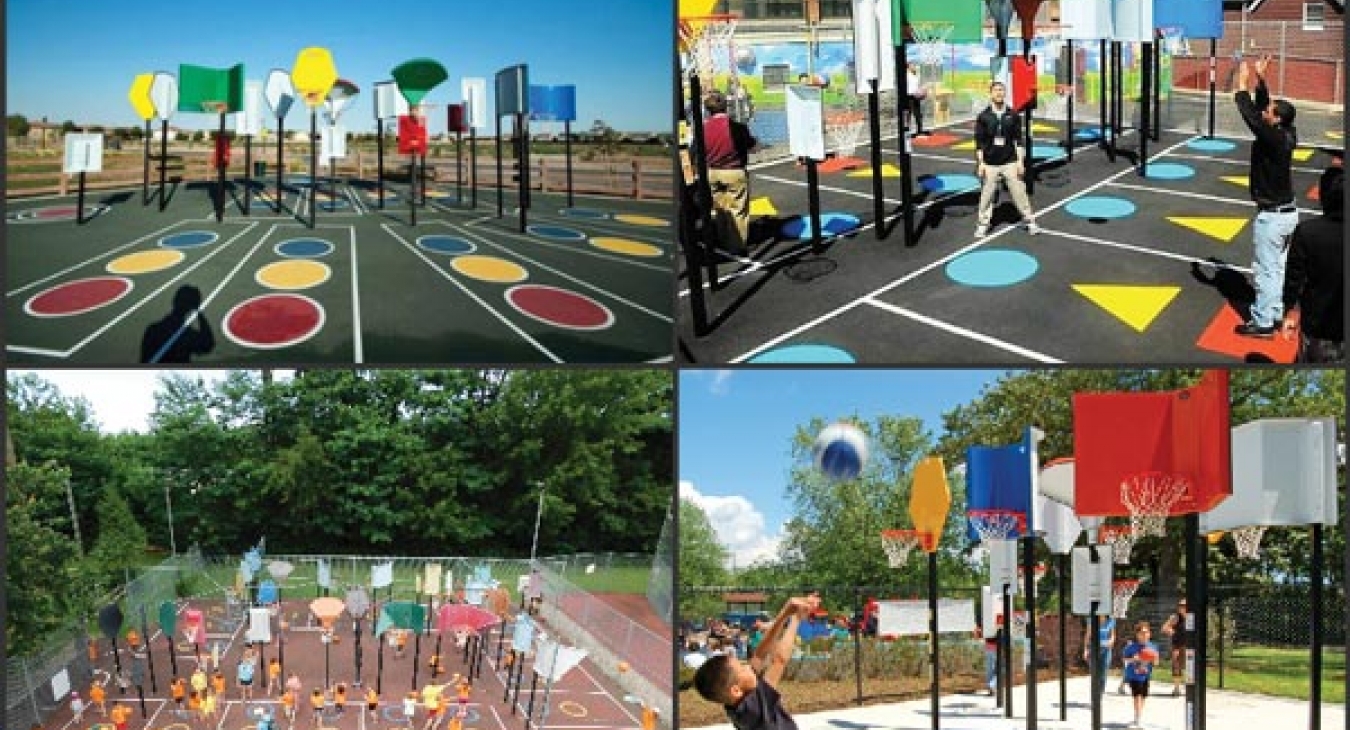 In passing we might also observe that there are playgrounds, playcourts, and playfields. Playgrounds are intended for younger children, especially those for preschool children, that have climbing and traditional structures of ramps and platforms familiar to all. Unfortunately, there is not much to do for a child in a wheelchair except to be rolled in and rolled out. And a photo-op! Crawling, climbing structures of a conventional playground, even if accessible, marginalize children who are differently able inside the playground as much as outside. Although playgrounds are outgrown rather quickly, they serve as a gathering point for children and families, and many are particularly attractive aesthetically. 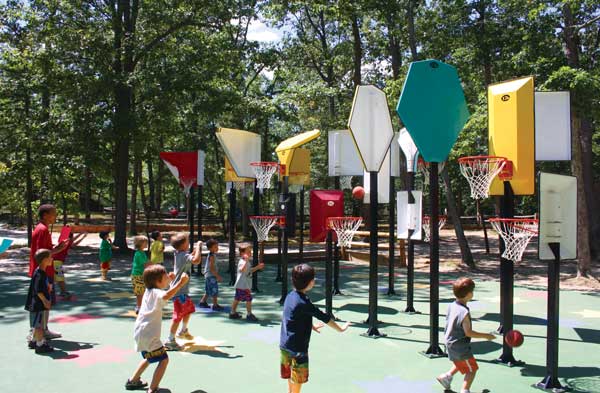 Playfields, usually ballplaying, are also well established in the panoply of facilities offered by a community: basketball, tennis, football, soccer, for which budgets, space, and attention are allocated, many would say disproportionately. These are in large part ballplaying sports that are opponent-competitive rather than self-competitive. Often body banging! It is a good thing that football players’ injuries are being reevaluated, and sports without brutal contact and sports based on self competition such as golf, bowling, and Bankshot are being advanced in some quarters. The latter including Bankshot Basketball, Bankshot Tennis, and Bankshot Soccer were introduced precisely as self-competitive sports – sports without opponents – that enable mobility-impaired and individuals with developmental disabilities to participate at any given moment in a drop-in, walk-on facility accessible and inclusive for all members of a family. 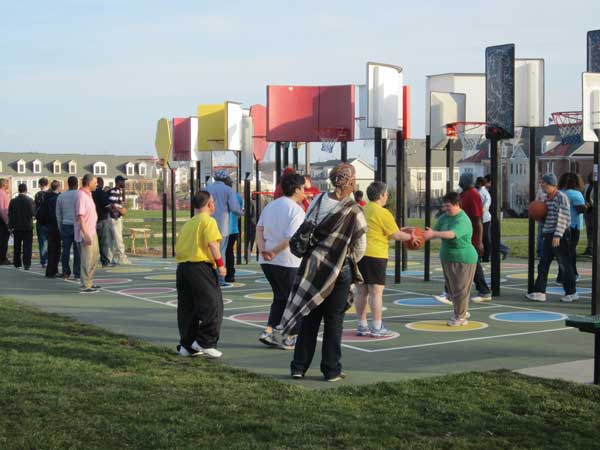 Playing alongside rather than against others is achieved by self-competitive sports. Full families, including wheelchair users and other differently-able individuals, are afforded a drop-in any time facility without having to wait for a program or for an appointment, supervision, or instruction. And yet purposeful play is achieved, because inclusion is accomplished by self-competitive ballplaying sports. The best players can play alongside beginners precisely because there is no offense or defense. One takes on the challenge of the sport rather than the challenge of another competitor. No one walks off the playcourt of a self-competitive sport having been defeated. Or having defeated or “beaten” someone else. Self-enhancement and self-improvement are derived from self-competitive scoring showing how one’s skills and athletic capabilities are being improved, enhanced, and developed with a simple self-focused metric to evaluate progress.

It will take some time to shift the emphasis from defeating others to improving self at play: sports without opponents. Bankshot is a good beginning but only a beginning. To turn the ship around from body contact sports which require defeating others, that are fast moving, and strength-based activities to total mix inclusive play will take deliberate effort. These distinctions among the important meanings and inferences are, as concepts, worthy of continuous unpacking and reconsideration. The ideas in and of themselves speak volumes about social justice and human rights.