Play for Those Most in Need 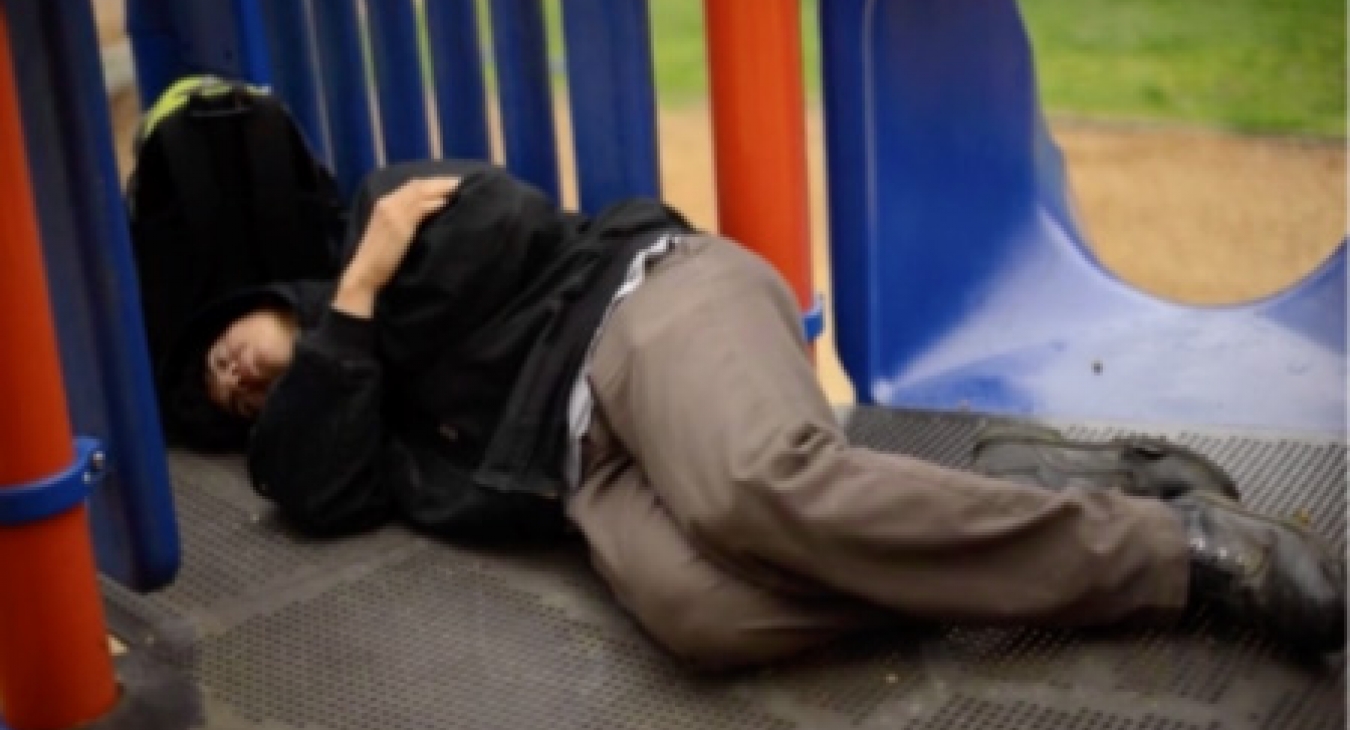 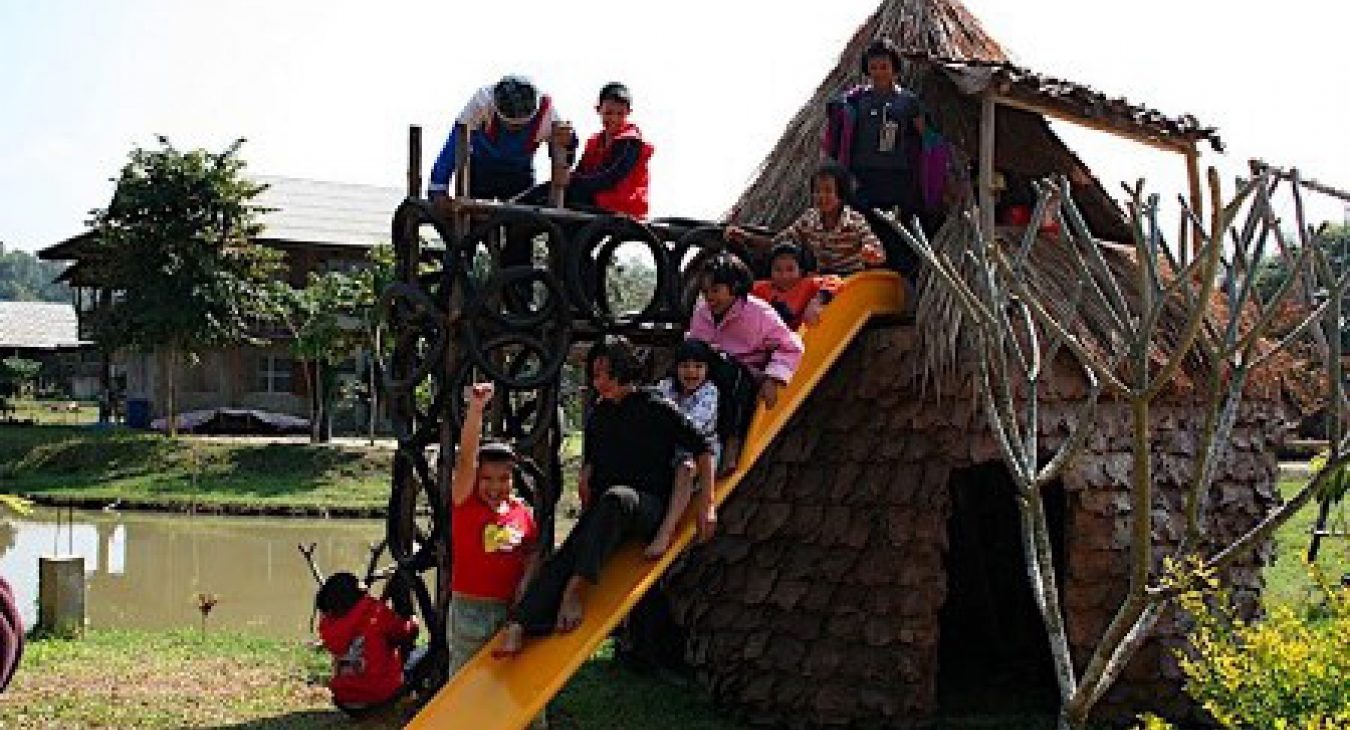 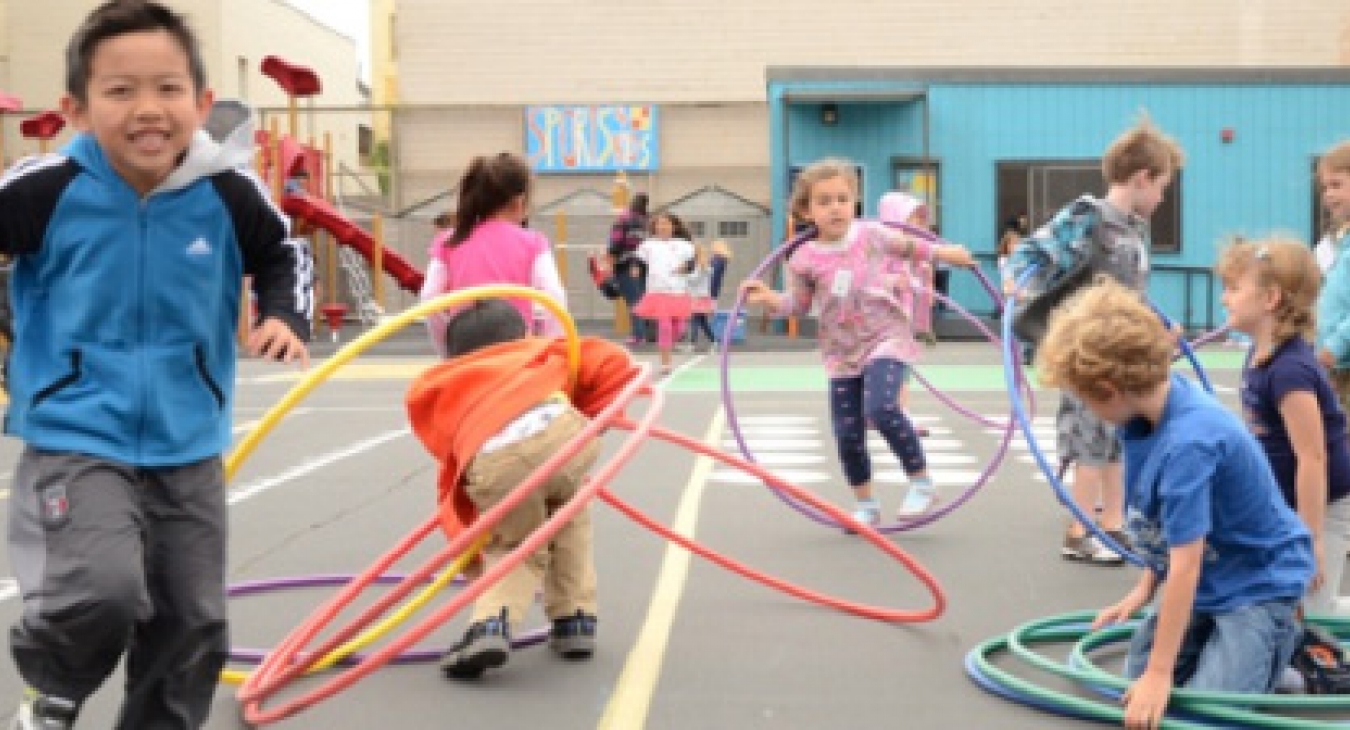 Jay Beckwith- Over the past five decades I have dedicated myself to creating play opportunities for children.

Over the past dozen years I have become more involved in economics and particularly the housing crisis that resulted from the manipulations of Wall Street. After a lot of research I’ve come to see the “tiny house” phenomena as currently the most interesting and potentially impacting movement.  I’ve been posting what I’ve learned about micro-living and the economic factors behind the housing crisis on a Facebook page Tiny Houses for a Big Change.

Recently a housing project I am working on took me to Social Advocates for Youth, a superbly run and very effective program here in Sonoma County. The image above is a screen shot from a S.A.Y. informational video. The young man told a story of what it is like to be living on the street. He was hoping that the skies that night would be clear so he could sleep under the stars. And then the camera watched as he bedded down for the night. Seeing this young man, a child really, finding a safe play to sleep on a playground structure about broke my heart. It was especially powerful for me as it was built using the system I invented 30 years ago.

It took me several nearly sleepless nights to figure out why this one picture had really knocked me over.  What finally came up for me was that, at the core, my interest in play and playgrounds stems in part from my childhood where my only sanctuary was play.

When I work with communities to design playgrounds I generally ask the adults to recall their childhood play experiences.  My motive isn’t really to get design ideas because most of these recollections are often the same, digging a fox hole, creating a fort, playing games at night, climbing trees, etc. What this exercise does is to rekindle that sense of vulnerability we have as children. It helps the design process move to grownups concerns to the adventure that play can be.

My thesis here is that playgrounds are about vulnerability as much as they are about play. Consider this. The hottest markets for playgrounds today are those designed to be fully inclusive.  While these projects often cost twice what a standard “accessible” playground does, these projects are successful in a large part because they double down on our capacity to emphasize with children with special needs.

So the homeless kid sleeping on the playground was vulnerability plied on vulnerability. Too often we think of the homeless as substance abusers, mentally compromised or system gamers. Sure there are a few such individuals but the vast majority are on the streets or living in shelters through no fault of their own. They are escaping abuse; evicted by soaring rents, hit a financial calamity, grossly underpaid, etc.

The worse of it is that it hits children the hardest. This is what our country has come to:

The U.S. has one of the highest relative child poverty rates in the developed world. As UNICEF reports, "[Children's] material well-being is highest in the Netherlands and in the four Nordic countries and lowest in Latvia, Lithuania, Romania and the United States."

The impact on children who are homeless and staggering:

OK. You are probably already aware that we have a problem with homeless children and poverty. And yes the problem is much bigger perhaps than any of us not in the business of providing services realized. But consider this additional fact. These children will have to carry the burden of adapting to climate change. All recent indications are that the impacts will be upon us sooner and in much greater furiosity than has been predicted. They will have to enter this fight, and it will be a fight, with one hand tied behind their backs.

Children in dire straits are, of course a worldwide crisis. One need only look at the thousands of children now in refugee camps around the world. It is estimated that today 25 million children are living in refugee camps. There are many more that don’t even have such protection.

We know that children will play even in the harshest condition if there is even a modicum of safety. We also know that play heals and protects children in such conditions.

There are groups that are addressing this need. Recently Playground Ideas completed their 1000th playspace.  Their goal is to start a playground revolution and bring play to children worldwide.

Of course KaBoom! Has been working on this issue for a long time with great impact. While successful a typical play structure in a park or school may not be accessed by homeless children whether living on the street or in a shelter.

Recognizing that there is more to be done James Siegal, who joined KaBOOM! in 2012 and became chief executive officer is fostering a city-wide approach to put play where the children are rather than just on playgrounds.

Another great program is PlayWorks. This program is successful at reaching many of the children who are most in need because they go to where the children are.  In this case at school and during recess.

“Playworks is the only nonprofit organization in the country providing trained, full-time coaches focused on recess to hundreds of low-income schools in major urban areas. We also provide training and technical assistance to schools, districts and youth organizations that want to ensure that every kid plays - safely, inclusively and with joy”

For those of you, who have followed my posts here at Playground Professionals, will recognize that this is another of my exhortations for playground and recreation professionals to step up and advocate for innovative programs that aggressively address the increasing loss of healthy recreation for today’s children.

I spend two or three hours each day sorting through the posts in the media about these issues. With the exception of the programs cited above, the only other bits of information I find are the periodic playground donations by playground manufactures.

What am I missing? Are you out there advocating for innovative programs to bring recreation to kids in need? Do you know of a champion, or a group I’ve missed? If you do please share your projects and people with us by posting in the comments box below.