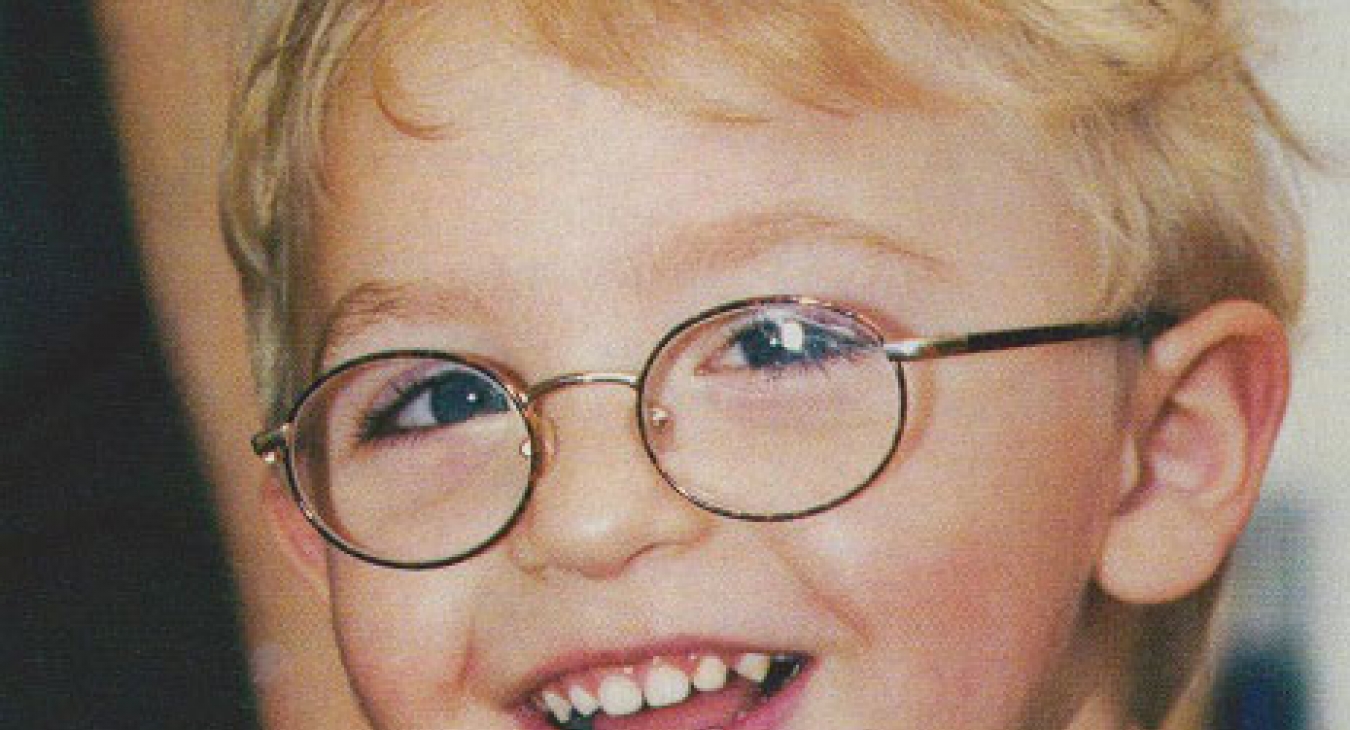 When the Space Coast Early Intervention Center in Melbourne, Fla., elected to build a new playground for its children, it was decided to construct a community-built facility. Of course, it doesn't hurt to have a few rocket scientists around when it comes to assembling playground equipment. The rocket scientists are trained to read and follow instructions. And where are you more likely to find rocket scientists than in and around the Kennedy Space Center, the heart of America's space flight program?

Betsy Farmer, a co-founder of the center, herself the mother of a son with Down Syndrome, was instrumental in the establishment of the playgrounds. This came about when Farmer observed preschooler Brooke Robertson trying to crawl through a sand play area in order to reach an older wooden play structure. Farmer promised the child (who is walker dependent) that she would have a modern, accessible playground by the time the child was ready for kindergarten.

The (SCEIC) itself, is a not-for-profit preschool learning facility, and therapeutic center for children with and without developmental delays, from ages 18 months to five years. SCEIC has a capacity of 76 children, 70 percent of whom have special needs.

A SCEIC community-built playground was something of a misnomer, in that it took almost two years of planning with professional assistance and the purchase and installation of a special safety flooring. Then there was the selection and commercial manufacture of the custom, state-of-the-art playground equipment. Only after its delivery did the community volunteers get together to assemble and erect the equipment.

This is not to downplay the importance of community participation, far from it! It's a known fact that when the private sector of a community pulls together to help those less fortunate, everybody wins. This was exemplified at the SCEIC in Melbourne when hundreds of concerned individuals including some of the aforementioned rocket scientists-banded together to help facilitate a totally accessible playground for all the children. Everybody won; caregivers, parents and most especially the challenged children.

Exposure to colors and designs are important to older children as well and help with the development of the children.

The stated mission of the facility is to provide a collaborative community-wide effort to implement innovative educational opportunities for pre-school children with all levels of abilities. Their goal is to help each child reach his or her potential to live as independent and fulfilling a lifestyle as possible while preparing them for mainstreaming into the public or private school systems. Their achievement? SCEIC is proud to report a 95 percent accomplishment rate in successfully mainstreaming their children. 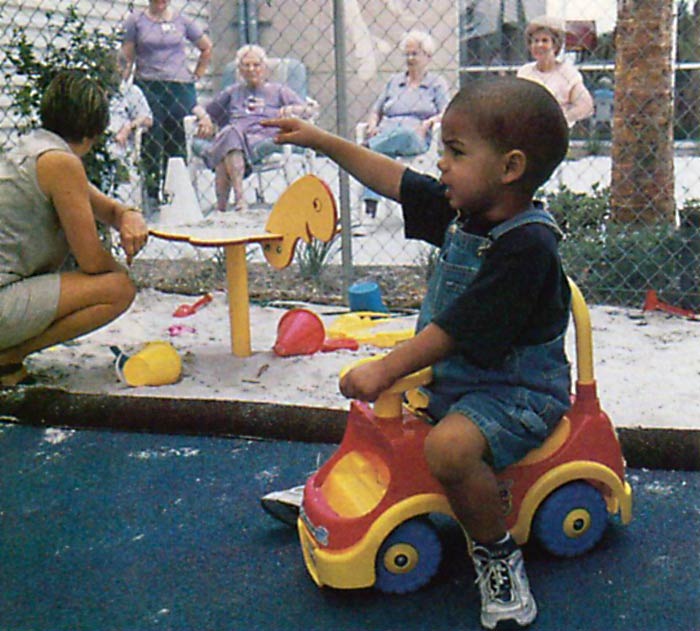 Children at the center get to experience a wide range of colors and textures within the playground. The safety surfacing not only provides additional protection for the children, but is also brightly colored and has a unique texture. There is also a sand-play area that exposes children to the natural feel of sand.

In addition to the more formal classrooms, there are now two separate playgrounds. The larger one is 11,000 square feet, designed for older children with all the modern accouterments. A second, smaller, playground, a 1,800-square-foot unit, was built for toddlers. Everything in this playground is scaled down to the size and age of its intended users.

Safety was a primary consideration. The playgrounds have been designed with child safety in mind, in addition to being developmentally challenging. They are totally accessible to children of all abilities and they are open to the public at large at specific times. This latter is done as a public service for the community. 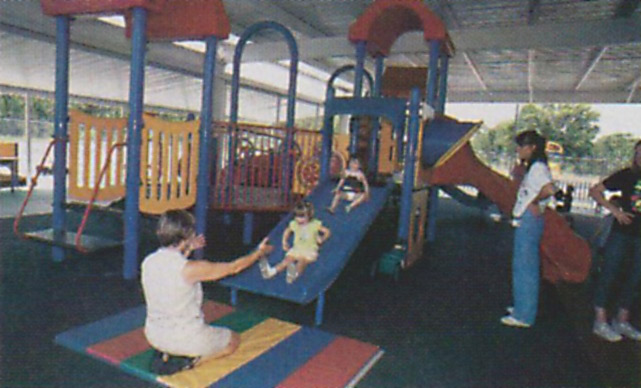 There is a separate play structure for older children at the center.

There is another unique aspect to the smaller toddler playground. This facility is located in an open courtyard inside the main building, adjacent to the classrooms of the Early Intervention Center. They share their building with several organizations, including an adult senior citizens day care center. The seniors have an open-air exercise area, which is separated from the toddler playground only by a low chain-link fence. The two groups can, and do, interact, and they communicate freely, bringing great joy to the elderly.

The Space Coast Early Intervention Center came about in 1987 when three families decided to create the best possible environment to maximize the potential for their children with Down Syndrome. It was quickly realized that a quality-inclusive intervention program could help all children. Parents needing to find available educational alternatives contacted SCEIC and over the years, it has provided services and support for families and children with such diagnosis as Down Syndrome, and Williams Syndrome, Rett Syndrome, Cerebral Palsy, Autism, P-4 Deletion Syndrome, POD, and Apert Syndrome, as well as children with visual, speech, and hearing delays also get support. Their environment provides role modeling from peers and allows the children to reach their full potential.

It is now known that much learning occurs in the very earliest days and months of a child's life. Early Intervention programs are designed to meet not only educational, intellectual and social needs, but a variety of the child's therapeutic and medical needs, as well as the needs of the family. Degreed teachers, and occupational, speech and physical therapists staff the center.

In the early days, playground space was catch as catch can. It improved significantly when SCEIC moved into the new facility on Babcock Street in Melbourne. The realization was there even then that much more could be done and so the planning and fundraising began in earnest. 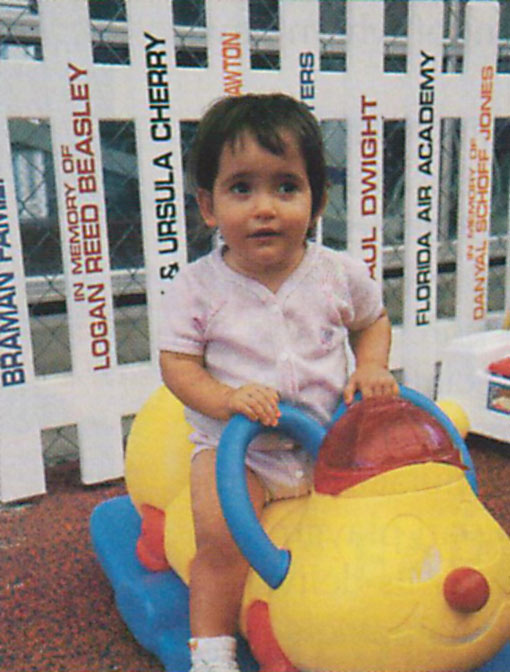 "Our role is to help communities and schools develop fuIly integrated playgrounds where children of all abilities can play together. This includes able children and children with physical, sensory, and developmental disabilities," said Jean Schappet, Hasbro's Director of Design.

The organization collaborates with the client and equipment manufacturers to create fully accessible, multi-sensory environments where all children can thrive.

Since less than 4 percent of SCEIC's $768,000 annual budget comes from state funds, there was precious little money for expensive, but vital, playgrounds. Raising the estimated $140,000 needed for the undertaking was an enormous task.

The Hasbro Foundation contributed $25,000, the Ronald McDonald Foundation took a $25,000 bite (that's a lot of hamburgers!) out of the fast-food chain's corporate profits, and Rosie O'Donnell donated $10,000 through her All For Kids Foundation. The balance of the money came in through other companies, community organizations, and concerned parents.

A variety of innovative fundraising events were also staged to help. Each wooden picket in the picket fence surrounding the larger playground was "sold" for $100 per picket. Each slide, swing, and the climber was sponsored through an intensive campaign to help pay for the equipment. Letters were sent out advising potential donors of the cost of each item. The response was most gratifying. When the time for installation came around, every piece was paid for.

Rep Services, a sales representative of Landscape Structures, Inc., worked closely with SCEIC and Schappert to coordinate the components of the planned playground. Many of these devices were custom-designed and built to meet the requirements of the end users: the children themselves.

Farmer was quick to point out the need for professional assistance when planning and building a community-built playground. It was about a year and a half of planning, survey, design, and fundraising before the first nuts and bolts were put in place. When the time finally arrived to begin the actual erection, it didn't require a rocket scientist but it helped that they had some on hand. Everyone who has ever tried to assemble their children's toys on Christmas Eve knows the importance of correctly interpreting the instructions.

There is no question to the fact that community involvement does lower the overall cost of constructing a playground. But that is only a small part of the overall benefit. Two of the other stated goals of the Space Coast Early Intervention Center are to raise public awareness concerning children with special needs and to educate the community regarding the potential of these children. This, possibly, is the larger advantage of a community-built playground. 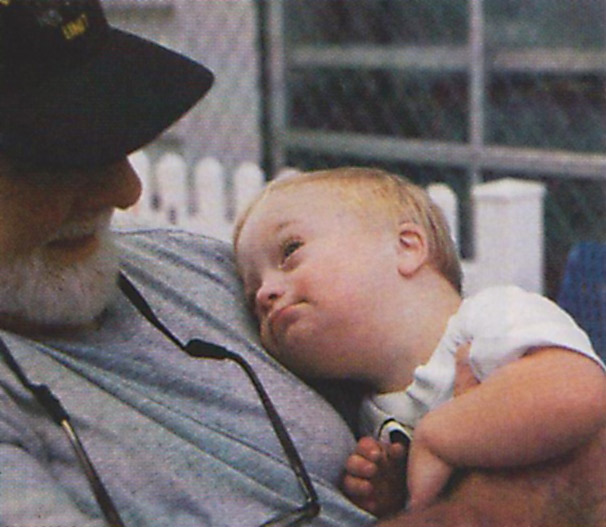