A Shot You Can Bank On 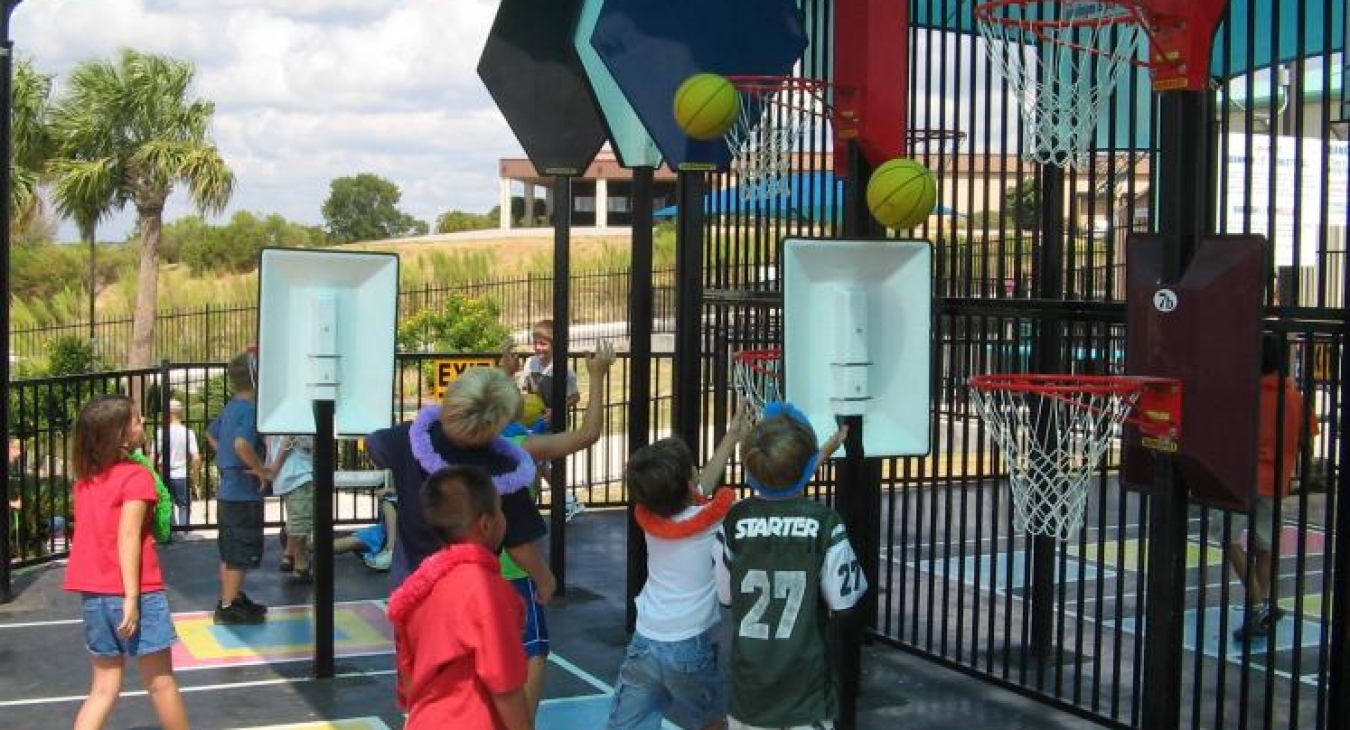 With all due respect to ESPN sports anchor Dan Patrick, “Nothing but the bottom of the net!” doesn’t get you very far in this game.

Like its elder cousin basketball, the object of Bankshot is still to get the ball through the rim, but unlike in Dr James Naismith’s creation, Bankshot players are required to cover-- and use-- all the angles.

“It helps your basketball shot in that it helps develop a sense of touch, but it’s not meant to be a device that makes you a better basketball player,” explains Rabbi Reeve Brenner, the inventor of Bankshot. “The national champion of Bankshot could easily outscore best shooters in the NBA (on a Bankshot court). The best shooters in the world would be defeated by Bankshot players, even wheelchair Bankshot players.”

Described as a combination between billiards, miniature golf and basketball; Bankshot was created two decades ago because of what Brenner saw as a recreational void. When a cousin and former playmate was confined to a wheelchair following an accident Brenner came to understand what it was like to be limited by a disability.

“I realized that there was nothing we could do together any longer,” he says. “There were no non-exclusionary playgrounds. They just didn’t exist.”

An avid basketball player, Brenner’s first thought was to develop a game that was similar, but that could be played by people of all genders, ages and physical abilities. Thanks to some tricky geometry and a love of art, Rabbi Brenner came up with Bankshot. Although there are six versions of Bankshot currently available, what’s known as Bankshot Classic is composed of 19 different stations and 31 Bankboards. Comprised of angled, curved and oddly configured backboards, the Bankboards are fitted with traditional size rims, and players move from station to station collecting points depending upon the difficulty of the bank shot. A total of 240 points is possible, with the 19th station or ‘black hole’ serving as a tiebreaker basket.

Brenner is the only known person to notch a perfect score, but the good rabbi has to admit that he had some help of an undivine nature.

“It was tainted,” he says. “I got there early in the day, and every time I missed I started over.”

In addition to Bankshot Classic, there are other versions of the game varying from 24 stations and 42 Bankboards to just three stations and a half dozen Bankboards.

Permanent courts can be installed either outside or indoors, and portable systems are available for purchase or rental.

According to Bankshot accounts manager Alan Ray, there are now over 200 permanent Bankshot systems in use, including units in Canada, Germany, Switzerland, South Korea, Japan, the Philippines and Israel. Based out of Rockville, MD., the Bankshot Organization also sponsors a national tournament, which drew over 100 participants last year.

And there is bound to be more competitions in the future for Brenner’s other creations such as Bankshot Tennis and Soccer.

Competition is not the name of the game, however, participation is, and Brenner is now the father of what has come to be known as ‘total mix sports.’ The President of the National Association For Recreational Equality, the rabbi is a crusader and educator preaching the importance of activities which don’t limit or handicap participants.

And although he estimates that only about five percent of Bankshot players are disabled, Brenner quickly points out that numbers-like bankshot scores-aren’t really the point.

“One hundred percent of the disabled community can play it,” he states, “No one’s left out.”

Since success in Bankshot isn’t determined by how fast a participant can run or jump, or how tall or athletic they are, Brenner and his associates believe that they’ve developed, to quote an old TV commercial, “A game that’s fun for the whole family.”

“It’s the only family-oriented sport invented in the 20th century,” Ray says. “It’s an all-inclusive, family friendly sport rivaled only by swimming. Only in a swimming pool and playing Bankshot can tots, teens and grandparents, and wheelchair and able bodied people all play at the same level alongside each other instead of against each other.”

Which means that underwater Bankshot can’t be far away.