The People And Events Which Shaped Children's Play 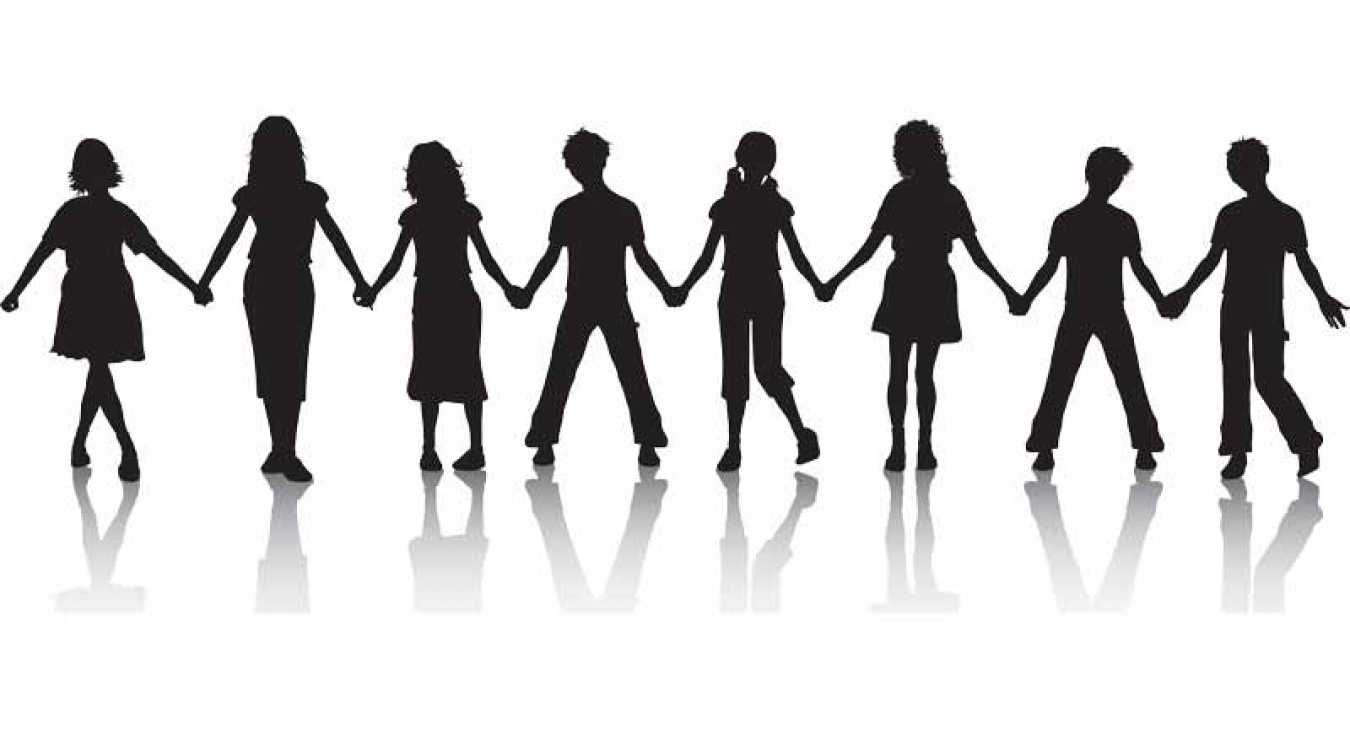 The National Playing Fields Association (N.P.F.A) was established via royal charter in 1925 to acquire, protect, and improve playing fields, playgrounds, and play areas. (By the 1980s, it was to create over 700 recreational playing fields and unsupervised playgrounds in the UK). However it was not until the 1950s, following the King George Jubilee Trust report of 1952 ‘Citizens of Tomorrow’ which echoed public concern over road safety and juvenile delinquency, that supervised play provision really took off in any significant way. That and the future involvement of lady Marjorie Allen and employment of Drummond Abernethy as secretary (then director of N.P.F.A) was to have a profound effect on the establishment of supervised play provision nationally.

Lady Allen, whilst working for UNICEF, had visited Sorenson's Emdrup children's junk playground in Copenhagen Denmark which had been operating since 1943.On returning to the UK, she was full of enthusiasm and led a campaign via the “Under-Fourteens Council" to encourage similar playgrounds in the UK. She had published a special edition of Picture Post entitled "Why Not Use Our Bombed Sites Like These" as well as letters to the Times newspaper by herself and A.S Neil of Summerhill free school. Marjorie met up with N.P.F.A’s Drummond Abernethy and addressed a well attended public meeting with Lord Luke of the N.P.F.A and town planner Sir George Pepard. Lady Allen and Sir George proposed changing the name junk playgrounds to that of adventure playgrounds which was later approved by N.P.F.A. A national steering committee was formed at N.P.F.As Playfield House in February 1953 chaired by N.P.F.A officers Lieutenant-General Sir Fredrick Browning and later by Lord Luke. Government legislation was introduced to convert bombed sites into adventure playgrounds with grant aid available to community play associations to run them. N.P.F.A raised its funds through public subscriptions, fundraising via "The Variety Club of Great Britain"and "The Gold Diggers" donations from Sir Billy Butlins holiday camps, Pathe films along with royalties from recording stars such as Frank Sinatra and Elton John. Seventeen of these trial adventure junk playgrounds were established 1948–1960 led by play leaders like Harry Killick and Pat Turner.

By the time I arrived at Playfield House in the mid 60s, attending their play leadership course, the N.P.F.As(now known as Fields in Trust) Play leadership department was well established. Its President, H.R.H Prince Philip the Duke of Edinburgh, and Drummond Abernethy were assisted by a team of retired military officers, Deputy Alan Curtis and secretary Mary Nicholson. They encouraged community play associations and local authorities to provide adventure playgrounds, play centres, play parks and holiday play schemes to cater for the play needs of children from ages two to twenty throughout the UK.

Pat Turner established adventure playgrounds and 1’o’clock clubs in London parks, whilst Joe Benjamin,Gene Peck Sparkbrook Birmingham, Ed Burman of Inter Action Trust did the same at Camden London, as well as Matt McGuinn, folk singer, at Glasgow and Pat Smythe at Notting Hill, London . In the 1970s many others followed: Stevenage Donne Buck had success at Bandley Hill and Jack Lambert (author of penguin book adventure playgrounds) did at Welwyn Garden City. Whilst in the cities, Sue Townsend (author of Adrian Mole fame), Helen Gush at Newport, Tony Chilton at Blacon, Bob Hughes at Haverhill,Dorothy Whittaker at Chelsea playground for Handicapped children as well as others had similar success. The Adventure Playground Workers Association and The London Adventure Playground Association were formed at Notting Hill adventure playground by Mike Buckley, Jim Jackson, Leo Jago and Pat Smythe. They changed the title of play leader to that of play worker and improved play staff working conditions and salary scales. In-service training courses for play workers were established by the N.P.F.A at colleges at Stockport and Goldsmiths London An “Institute of Play work” and a full time Diploma course was created by Colin Mayne at Thurrock College. There was a huge growth of school holiday play schemes and permanent adventure playgrounds nationally in the early 70s, managed by community play associations, local authorities, development corporations, and charities such as Dr Barnardos’. Much of this was attributed to the work of Drummond Abernethy with his regular speeches to local authorities and nationally on the social and financial benefits of play leadership.

N.P.F.A replaced the office-based military officers with experienced play workers as Regional Play Officers. These included Nick Balmforth,Keith Cranwell,Bob Hughes,Mike Halward,Tony Chilton, Pat Jenkins,Andrew Scott,Rob Wheway,Peter Heseltine and Gyles Brandraith (broadcaster and TV celebrity). They established a national network of regional play councils Later, other bodies were formed to promote child's play which included The International Play Association, Play Board, and “Fair Play for children” a campaign led by the Revd. Trevor Huddleston, Bishop of Stepney, following his letter to the Times when a child friend of his drowned in London's Regents canal. Alongside this campaign Stevenage adventure playgrounds were filmed via N.P.F.A to promote adventure playgrounds entitled “Children Waiting”.Fair Play was led by Donne Buck and others over the years including Sue Kearsley.

In the mid 1980s, following concerns over the safety of children using unsupervised playgrounds, a campaign safety committee was formed and met at N.P.F.As Playfield House led by Donne Buck and many others from the field of Child's play, including the Road Safety Association (R.O.S.P.A), The National Association of Recreation Leaders and Safety on Playgrounds Action Group. Along with Paul Rose, MP, and television celebrity Esther Rantzen, N.P.F.A published Dangers in The Playground and N.A.R.L led a campaign via their Play Leader monthly publication. As a result The N.P.F.A safety group’s aim of providing safety surfaces on all unsupervised playgrounds in the UK was successfully achieved.

At the present time the UK has hundreds of permanent adventure playgrounds and holiday play schemes in the UK with thousands throughout Europe, all thanks to the early work of Lady Allen, Drummond Abernethy and countless others who had campaigned for the children's right to play in a safe and adventurous environment.

I need to point out that there are one or two errors/omissions in this presentation. There is no mention of Adventure Playworkers Association(APWA as it was referred to) nor the regional groups of Adventure Playground workers prior to APWA. In addition there was a European movement of AP workers which arranged European seminars in different countries, including Germany, Denmark, the U.K. etc. Further, I started work as an Adventure Playground Worker at Blists Hill Adventure Playground in Telford 1967. Blacon AP in Chester, where I also worked, was the first AP to introduce the concept of “integrated” A P, play for all abilities etc. Then of course there was HAPA. There are so many other aspects of the development of APs that you have not included or overlooked. In addition there is no reference to the campaigns we were involved in, whilst attempting to create a system of fair pay and working conditions, appropriate staffing numbers on our sites, arrangements for holidays, etc. We even had NUPE create a specific reference to Playworkers etc. We produced a publication on pay and conditions, the famous little “Black Book”. We also issued a booklet on basic training structure, including an external validation process lead by external Playwork groups etc.There were Adventure Playground Associations in most major cities. Annual Seminars were organised for APs. There were also other initiatives in the training arena, with the introduction of essential content, structure, organisation, methods of delivery, the role of internal college staff and the direct involvement the local Playwork field, the role of external evaluation bodies and etc.etc. Regional and other national groups such as BAPA, LAPA x2, MAPA, MPAC, SAPA, NEPA,WMPA, SEPA, NWPA, NWestPA,NIst.Of P.SWPA, and so on and so on.
There is so much more you have omitted and overlooked which has added to the claim that the Playwork field was and is dismissively overlooked when those who seek to promote their own profile, conveniently have no connection with the harsh realities of the experiences that impacted on our work. Let me remind you, and others Ray, of the abysmal pay and working conditions that were endured by past workers, clearly they prioritised in favour of children and young people rather than their own individual profiles. I could point out so many more difficulties which they were presented with, including the total absence of appropriate operational conditions relating to their roles. However there are too many to enter into here but you must surely pay homage to those who experienced; single staffing, the absence of on site personal needs provision, 6/7 day working, no holiday pay, and so on and so on.
In conclusion, I have to say I could go on infinitum with regard to the commitment made by a good number of Playwork practitioners, past and present but I am confident you don’t need to be reminded. However I personally wish to express my deep appreciation for the extraordinary amount of physical, social and emotional efforts that so many of them have dedicated to their work with children,young people and local communities throughout various locations in the UK. Well done.