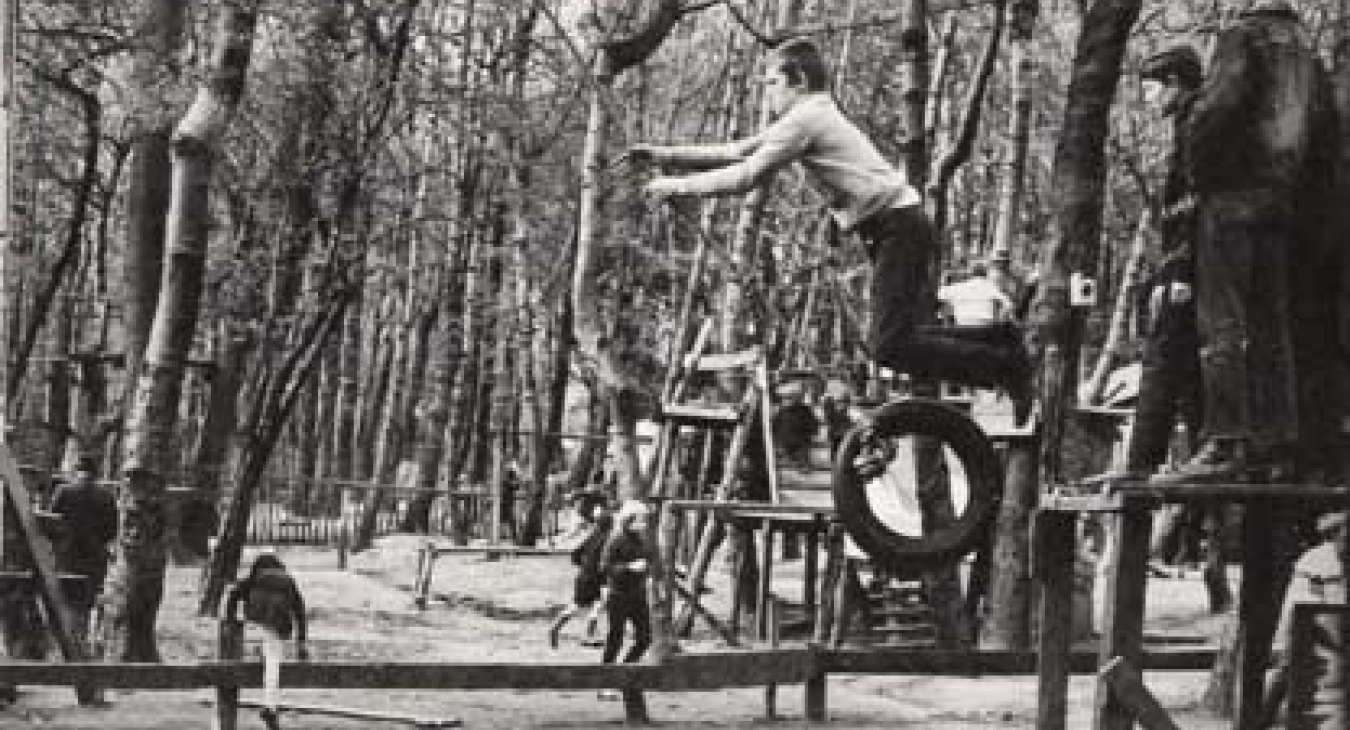 When someone says “adventure playground” I, and I suspect most people, have a vision somewhat like the one above and envision a playspace comprised mostly of junk and reclaimed lumber cobbled together into semi-permanent structures. The concept was first introduced in 1943 and not only do a few such playgrounds continue to exist but occasionally a new one is built these days such as The Land in Plas Madoc in Wales, UK. 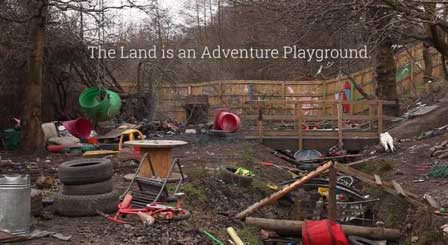 While kids unquestionably enjoy, what I will now call “traditional” adventure playgrounds, they are far less popular with adults and therefore have not been widely adopted.

The question is can we provide all, or at least most, of the benefits of adventure playgrounds in a way that allows them to become far more widespread? The answer is not only a resounding yes but in fact, they are actually all around us. Where? you ask. Look at the better early childhood programs and in many, you will see the core qualities of an adventure playground. These qualities are:

I hope that these qualities become the accepted definition of adventure play as there is all manner of playspaces and products that have little to do with true adventure playspaces. 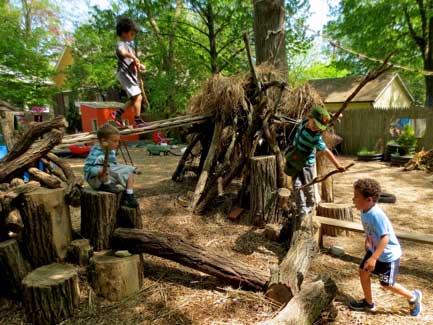 Takoma Park Cooperative Nursery School is a particularly noteworthy example of adventure play.  Of course, early childhood play environments can range from extremely rich and completely child-centered to tarmac wastelands with teachers as cops, but the fact is that these mini-adventure playgrounds do exist in many communities and do so without fanfare or extraordinary liability issues.

Recently there have been some innovative play space products that support most of the adventure criteria, most notably the Blue Blocks of Imagination Playgrounds and SNUG. I have written about these previously in the News Center – The Play-Friendly Playground. These are essentially loose parts kits and as such provide lots of combinations but at the same time the play they support is limited to their particular vocabulary. What is missing in these loose part systems is the challenge.

An approach that is closer to the soul of traditional adventure playgrounds is Timmerdorp, a carpentry festival in Groningen, the Netherlands with over 650 kids participating. 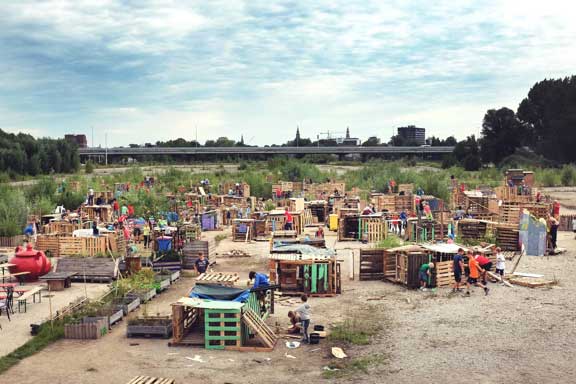 What is especially interesting about this project is that it is successful in part because they provided a lot of pallets, which become essentially a kit of loose parts. This allows for rapid build-out and inclusion of children who are not skilled with hammers and saws. While the pallets facilitate construction, without the availability of long pieces of lumber, they also tend to limit construction to a single story as well as restricting the creation of more physically challenging structures. 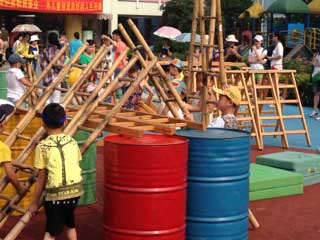 We have written previously about the exciting AnjiPlay schools in China. The curriculum there is centered on free play and the environment perfectly embodies the five adventure play criteria. The program includes the use of hammers and saws but does not extend those to built environments as their idea, which I agree with, is the importance of rapidly configuring the play space on a daily basis, much like it occurs with Blue Blocks and SNUG rather than the nearly permanent structures that have become a characteristic of traditional adventure playgrounds.

As I have been exploring these notions I began to wonder if I could devise a system that incorporates all of the adventure play criteria, allows for rapid configuration and change, and also provides a high level of challenge. 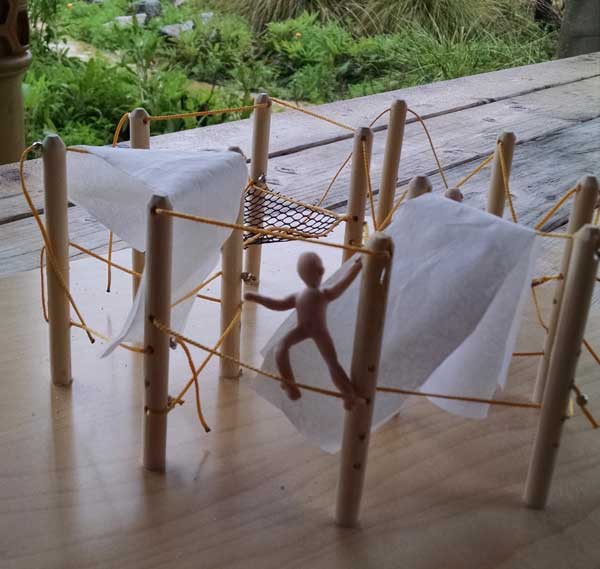 What I have devised combines my years of experience with BigToys with what I learned with my own company BOLDR and its Rocks and Ropes system.  The result is KidWeb®, a kid buildable ropes course as illustrated in the model above. This concept uses marine grade rope and moveable mechanical knots. It also includes nets and tarps that clip on.  I have a patent pending and am confident that it will be granted since this is both a very simple system and narrowly applied to playgrounds. A field test will be conducted this summer and I really look forward to seeing what the kids do with the system.

The Future of Adventure Play

As traditional playgrounds have become increasingly commonplace while at the same time less and less challenging there is a growing need for, and acceptance of adventure play. We are already seeing this crop up in the better early childhood education programs and in children’s museums. As large inclusive playgrounds such as Magical Bridge which feature fences and often some form of programming become more widespread the addition of loose parts is the logical next step since by their very nature are extremely inclusive. As I described in the Kid Friendly Playgrounds blog previously mentioned, all that is required to add loose parts is a bit of coordination of the storage of the parts and that can be performed either by staff or qualified volunteers.

So, to those who wring their hands and bemoan the lack of adventure playgrounds I say, look around, they are here and there will be many, many more. They may not look just like those of Lady Allen but I’m sure she would recognize their play value as well as their acceptability to adults that in turn will allow them to be used in many more locations.