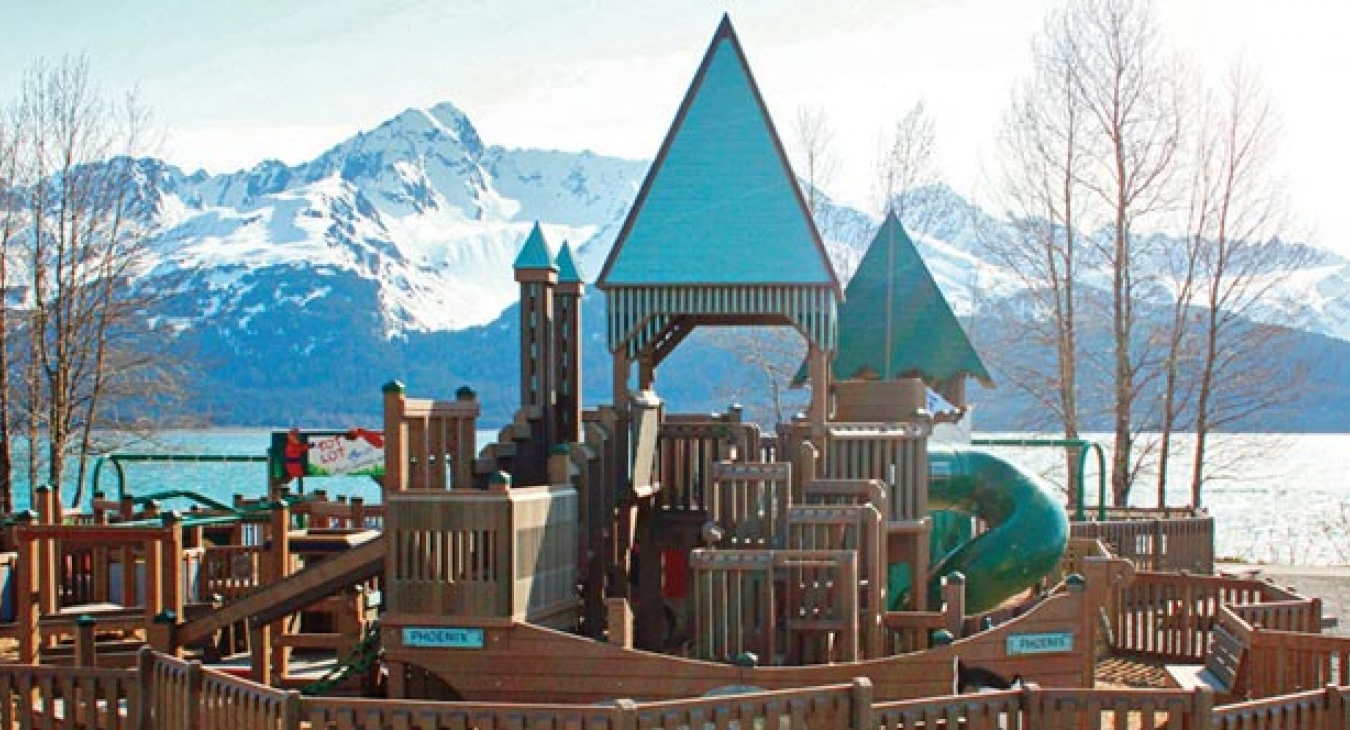 As Melissa Pellicci built a career by helping others achieve their goals and overcome physical barriers, the spiritual and life coach and yoga therapist did not see herself becoming a children’s book writer. Nor did she envision becoming a playground builder, but as her life and work evolved and she shared her skills and philosophies, both the book and playground project ensued.

Pellicci discovered in her therapy work, as children, most of us learn to stop believing in the positive nature of the world. This mistrust later induces anxiety, illness, and personal difficulty in teens and adults. She wrote the book as a way to help focus on the wonder of nature and the belief that the universe does smile on us.

Pellicci also believed that the story of her narrator, Lourdes, and her walk through the forest, in many ways, reflected her own walk through life and she saw the goal of the book expanding. “Lourdes brings transformation to all she meets, she IS me now and represents my inner child—the part that reminds me, ‘all is OK.’ She guides us on our walk through life,” she states. By sharing the story and demonstrating that good happens through friendship and play, Best Friends Forest evolved into a philanthropic endeavor and foundation. The foundation’s goals are to reforest not only the land, but to cultivate human kindness—through play. 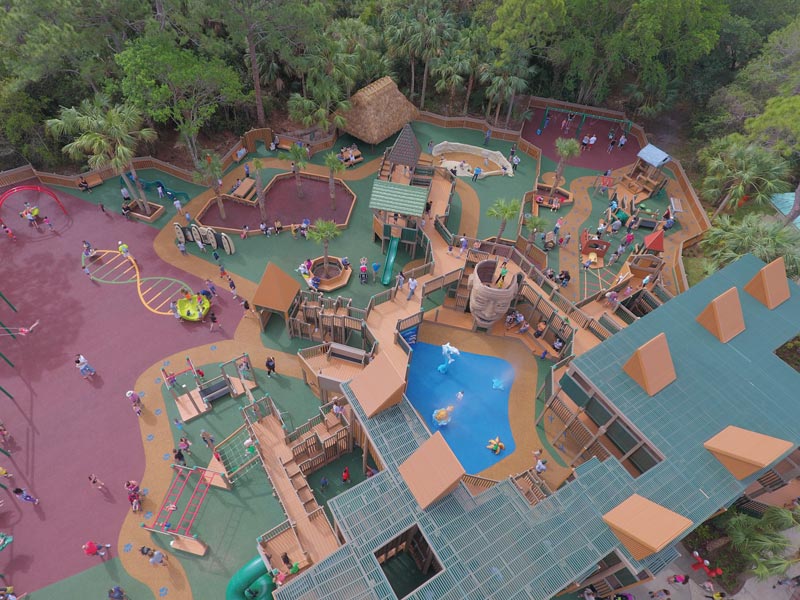 The concept of building Best Friends Forest Playgrounds became reality through a meeting with the preeminent South Florida playground designer and builder, Leathers & Associates. The second-generation family business has over 45 years experience of creating recognized playgrounds in all 50 U.S. states and in seven countries, including Tatum’s Garden in Salinas, CA, Sugar Sand Park in Boca Raton, FL and even the Mr. Rogers and Sesame Street TV sets—over 3,400 in all.

When the two parties met, they instantly shared the vision of an inclusive playground for young and old alike, to interact in a green space, replete with themes from the Best Friends Forest book, including happy trees, a “scaredy cat,” a cuddly, creepy spider and a bountiful, embracing Mother Earth.

As plans brewed for playgrounds to be built internationally with funding from grants, governments and corporations who wish to foster community among children, conversations included sponsorship of a Wi-Fi connected iPad within the playground’s amenities. The team envisions children “FaceTiming” each other as they play together in real time around the world.

“All these things are possible with our technology today, but more importantly, through the shared vision of corporate and individual philanthropists who understand the value and power of play,” says Pellicci.

Marc Leathers, who has built playgrounds in Jerusalem amid bombing attacks and in post-tsunami India, understands the transformation that happens when children play together. The company is a leader in custom-designed community-built playgrounds and each of its team is a Certified Playground Safety Inspector (CPSI). 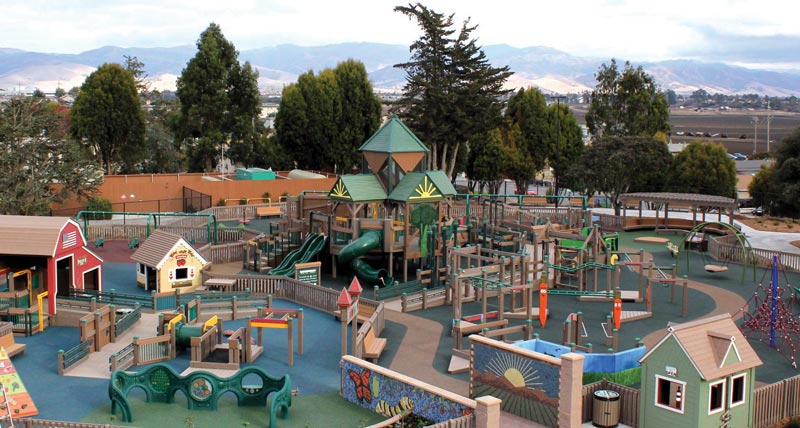 To ensure open participation, Leathers has also incorporated “Buddy Benches” where lone children can sit to await a new play buddy as well as areas that accommodate children and adults in wheelchairs and those with other disabilities including Autism spectrum and hearing problems. “Often, it may be the caretaker, the grandparent or the child who has special needs and the playground needs to accommodate them all,” Leathers points out. A teddy bear kind of man who bears an uncanny resemblance to The Rock action hero star—in a kindler, gentler way—Leathers’ eyes twinkle when he tells of kids who take the company’s phone number from the builder plates and call the office giggling as they relate how much they love the playgrounds. That bubbling joy is what the Best Friends Forest Foundation seeks to replicate as it undertakes the challenge to build its visionary playgrounds around the world.

The Power of Play

The team is now working on grants and communication with various South Florida communities where play spaces are needed. Since both Pellicci and Leathers hail from Palm Beach County, the focus is on the area’s underserved children. Leathers & Associates plans to design and build the first playground, creating a template from which others can be built worldwide, with interchangeable features depending on climate, budget and size. While the team plans to work with municipalities, cities and counties to identify corporate sponsors and grants, the upkeep of the facilities will be done through Parks & Recreation departments and the community. Leathers reports that sometimes, communities get involved as volunteers even on the build, showing their commitment to having a dedicated playground in the neighborhood. Though it is early in the process, the Foundation hopes to see groundbreaking within the coming year. 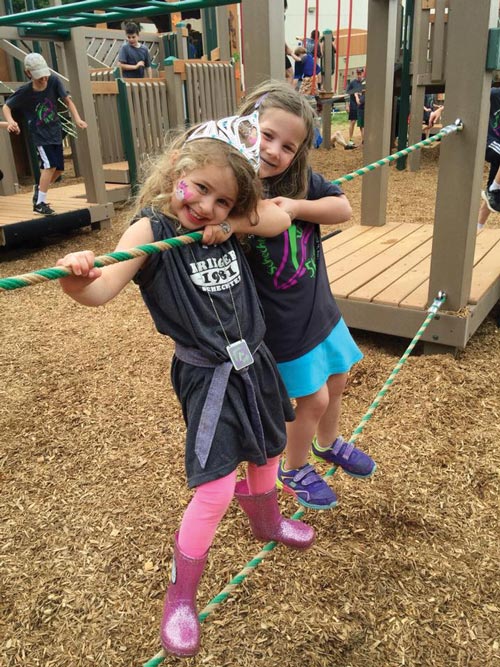 Best Friends Forest Foundation also teamed with One Tree Planted, a 501c3 organization that tackles deforestation; $1 from each book sold goes to the non-profit, headquartered in Vermont. Matt Hill of One Tree Planted noted that the Southeast, including South Florida is among areas under examination for reforesting due to the amount of over-development, Hill sees a possibility of partnering with the State of Florida and some of its growers to help target affected areas, focusing on the need for reforesting in response to the rapid growth.

“By building these bridges and playgrounds, we see the message of Best Friends Forest taking on a much bigger challenge than I envisioned when writing the book,” says Pellicci, “But it is exciting to grow this team to spread a beautiful message that can immediately make an impact on children, communities and unite us around the world. Yes, it is a big mission, but we have the power of play on our side!” 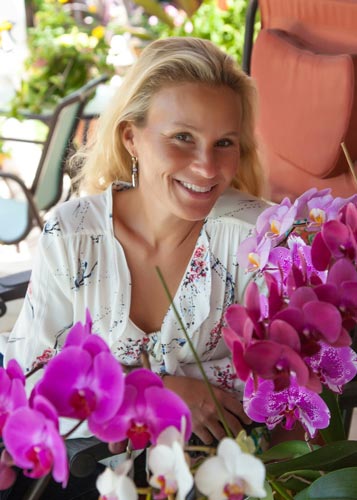