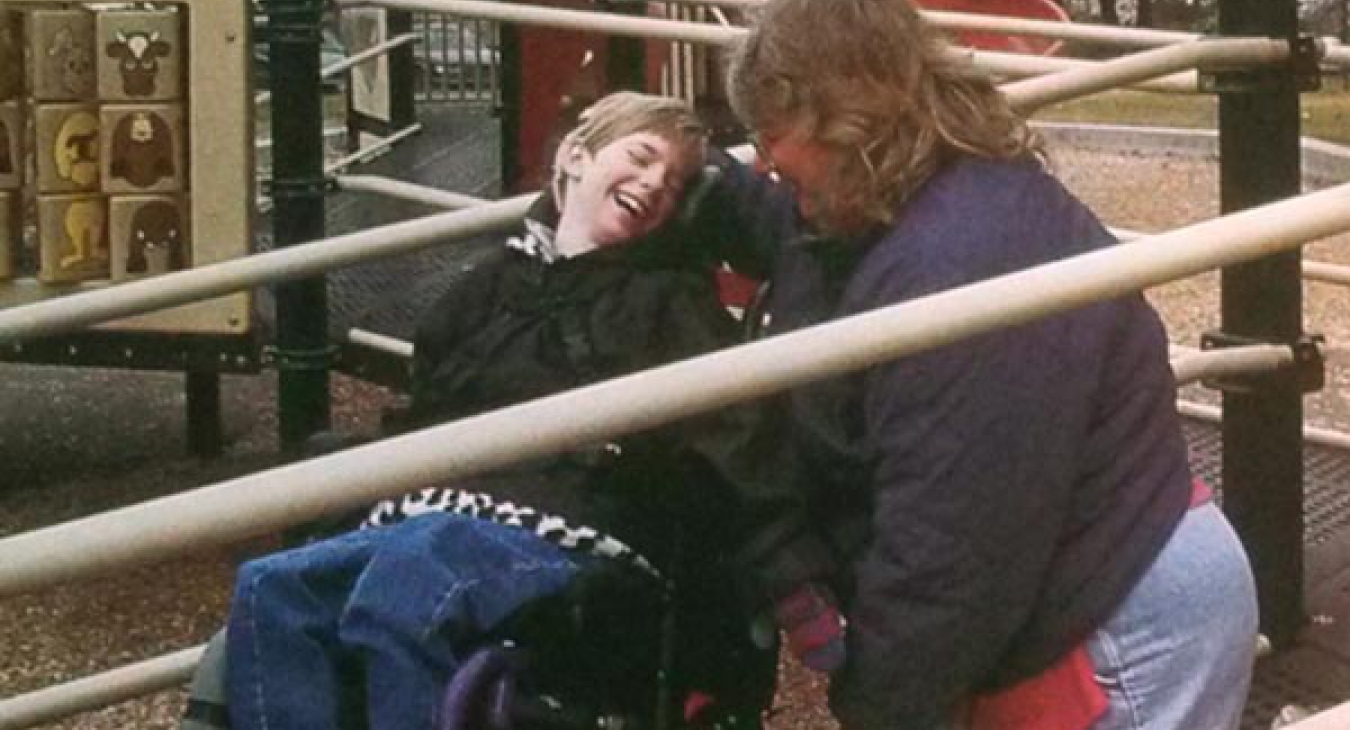 There’s a big difference between the joy that can be found in a winter wonderland and at a winter playground, especially in Idaho.

In need of a cover photograph for this, the inaugural issue of Today’s Playground, resident photographer Kort Duce and I have deemed it necessary to find a playground free of ice and snow. Considering it is early January and we are located in southeastern Idaho, we don’t have a lot of options. Either we head south, really far south, or make a trip to the Boise Valley, the most populous and on average the most temperate part of the Gem State. Of course, ‘temperate’ is a relative term, and on the morning of the photo shoot the temperature is, at best, flirting with the freezing mark.

But that’s not why the two middle-aged women behind us are jumping up and down.

In an attempt to put a smile on the face of our star model, Debby Woodall and Darlene Densley are going above and beyond the call of duty. While it wasn’t all that long ago that these two ladies were probably jumping up and down over the likes of David Cassidy or Rick Springfield, they’re now singing the praises of more modern teen idols.

“Think about ‘NSync! The Backstreet Boys! Ricky Martin! They want to come and date you!”

This not only serves to amuse 7-year-old Karly Woodall, bit it also embarasses her sister Laura and best friend Annie Densley, after all they are a very mature 9 and 10 years old, respectively. But before the two mothers can drop from exhaustion, Kort announces that he is finished, signaling the end of the photo shoot.

It was certainly worth the 500-mile round trip. Beyond the fact that we now have a face to put with our cover story.

Karly Woodall was born just about the same time the U.S. Access Board began its study of playground accessibility back in 1993.

Confined to a wheelchair due to cerebral palsy, she is unable to enjoy the benefits of most playgrounds because of the lack of a ramp and/or proper surfacing material. Despite living in Meridian, Idaho, a community recently rated the fourth-fastest growing city in the nation, the only playground which comes close to meeting Karly’s needs is located near downtown Boise, over 20 miles away.

“We’ve been coming here for four or five years now,” Debby says. “The best thing about this playground is that the kids, without my assistance, can take her up and she can play tic tac toe and look out the window. The kids can build a relationship without an adult around and that’s important for Karly because she needs to understand that those are her peers that will be taking care of her in the future, mom and dad won’t be. So it helps forge the relationships that she will need when she gets older because she will need assistance in everything that she does.”

Now an active advocate for accessibility, Debby admits that before the birth of Karly, she hadn’t given it much thought.

“I was one of those people who said, ‘Great. They gave three more spaces to the people with wheelchairs. Now I can’t park close.’ But since I’ve had Karly, it’s really awakened me to the needs that people with disabilities have just in order to be part of the community.”

In the middle of the photo shoot, Laura and Annie get Karly involved in a game of tag, running all over the playground trying to cut each other off at the next slide or ladder. Debby pushes Karly around as fast as she can, but once she grows weary, Karly is left atop the highest platform on the playground. Her two playmates make occasional visits up to her perch, but most of the time she sits in her wheelchair surveying their actions as they give a chase to one another.

From a distance, it seems like a sad situation, Karly sits quietly alone while her companions run and jump, squeal and holler. Her face, however, shows the pleasure she takes in their pleasure. When Laura catches up to Anne and applies the required tag, Karly smiles with delight. And even when the action is taking place behind her, she knows by their screams and laughter that they’re having fun... and she obviously feels like she is part of it.

Rather than being forced to sit on the sideline, Karly is at the center of this playground universe and she loves it. It’s something Debby has noticed, as well, and she’s already sharing her plans to take a couple of copies of Today’s Playground to her city council in an effort to have an accessible playground built in Meridian.

She understands how a positive play experience now can help mold the future for her daughter.

“Our goal for Karly is that she will have a job and she will own a home,” Debby says.

“They may be different than what it will be for Laura, but she will be able to accomplish those goals in her own way. But she needs the support and the friendships that she forges in this type of setting to carry that forward for the future.”