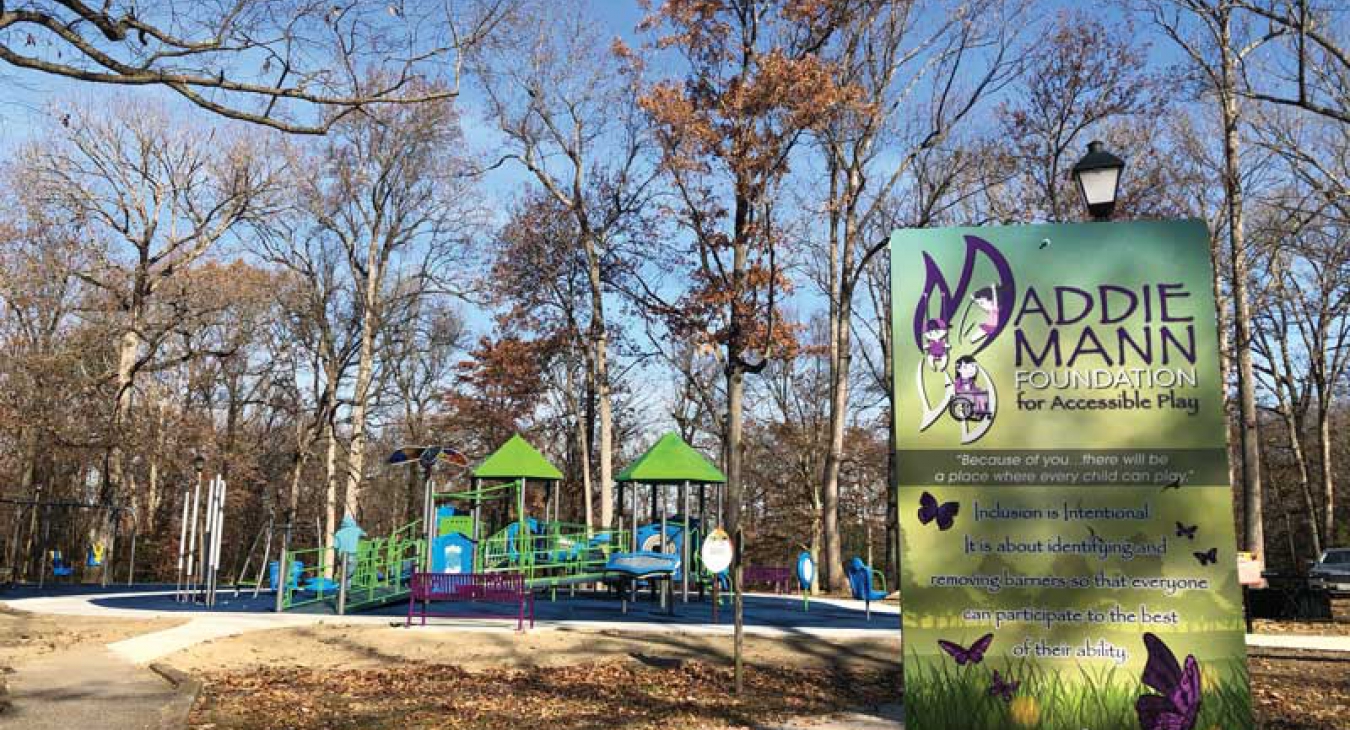 “In the disability world, we don’t see color, we see diagnosis. Our normal is not so normal, except to us”. - Jamie Mann

Jaime Mann, the founder of The Maddie Mann Foundation for Accessible Play, choked back tears as she spoke to the crowd who gathered before her on December 7th, 2019. It took 5 years to get to this point – the summit to a climb that on some days felt insurmountable. Together with the City of Colonial Heights, faithful volunteers, and Play 4 ALL – the social impact division of Cunningham Recreation, a play campaign was waged and won.

Jamie went on to explain, “barriers are our norm.” Maddie uses a mobility device and lives with numerous health conditions that make the most common daily tasks difficult. Despite ADA laws and a heightened awareness on accessibility that has evolved over the past decade, playgrounds pose barriers that prevent a percentage of children and adults the opportunity to access and be included.

The crowd on that chilly, yet sunny, December day clapped feverishly, tears streaming down faces as Maddie, her father Michael, Jamie, and other family members cut the ribbon to Maddie’s Magnificent Play Park. Located in White Bank Park, this Inclusive Playground was designed using Playcore’s 7 Principles of Inclusive Design™, a research-based guide to creating spaces that truly ensure not only access but inclusion. Every element is mindfully designed to fulfill the developmental needs of the whole child and the whole family. “For the first time, in 20 years of life, she is going to be able to meet at the local play park and not be forced aside or segregated from everyone else,” Jamie shared.

As children ran to play on the equipment, Maddie was now able to join them by navigating up to the highest decks thanks to the poured-in-place rubber surfacing and the fully ramped play structure. With his family by his side, a soldier who had been wounded, joined from the nearby pavilion. People buzzed around the entire play space, regardless of age and ability…together. This flagship playground was a beacon of hope for many years to so many people and is now a reality. “The City of Colonial Heights was excited to partner with Maddie Mann Foundation, Play 4 ALL and Cunningham Recreation to bring a barrier-free playground to White Bank Park. We are experiencing a tremendous increase in attendance to the park thanks to the playground,” stated Parks Director, Craig Skalak.

None of this would have happened had Maddie’s parents accepted their “normal” and resigned to the fact that their child would not be able to play like the other children. Instead, they saw the barriers that stood before them as a calling to make a change. Play 4 ALL worked closely with the Maddie Mann Foundation and local volunteers to identify and mobilize philanthropic resources. Tools were created to tell the story and engage donors. A dedicated grant writer stepped up to help submit proposals. Slowly but surely money started to trickle and finally, roll in. It was the philanthropic spirit of community groups, foundations, corporations and individuals that hoisted the small, yet mighty non-profit to the top of their mountain.

Thank you to the Colonial Heights community and beyond for believing in a mother and father’s vision to change the world one playground at a time.