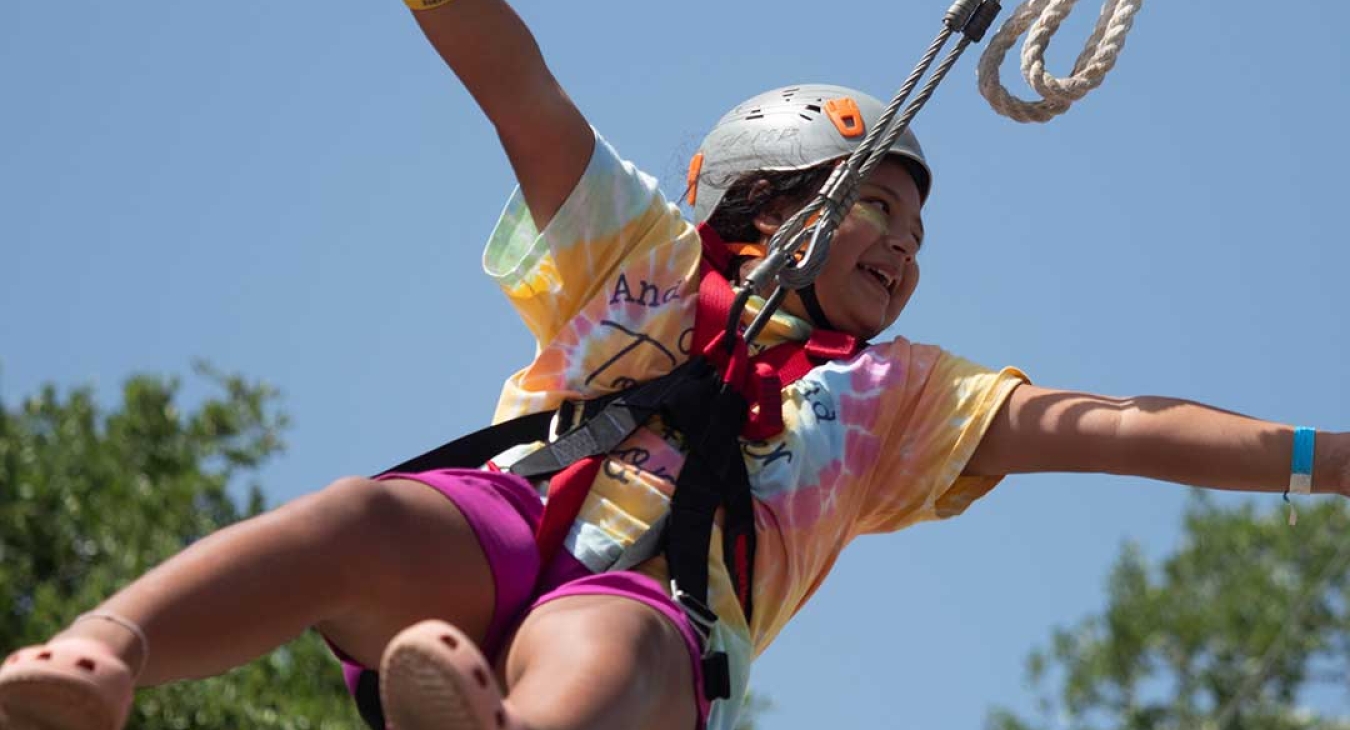 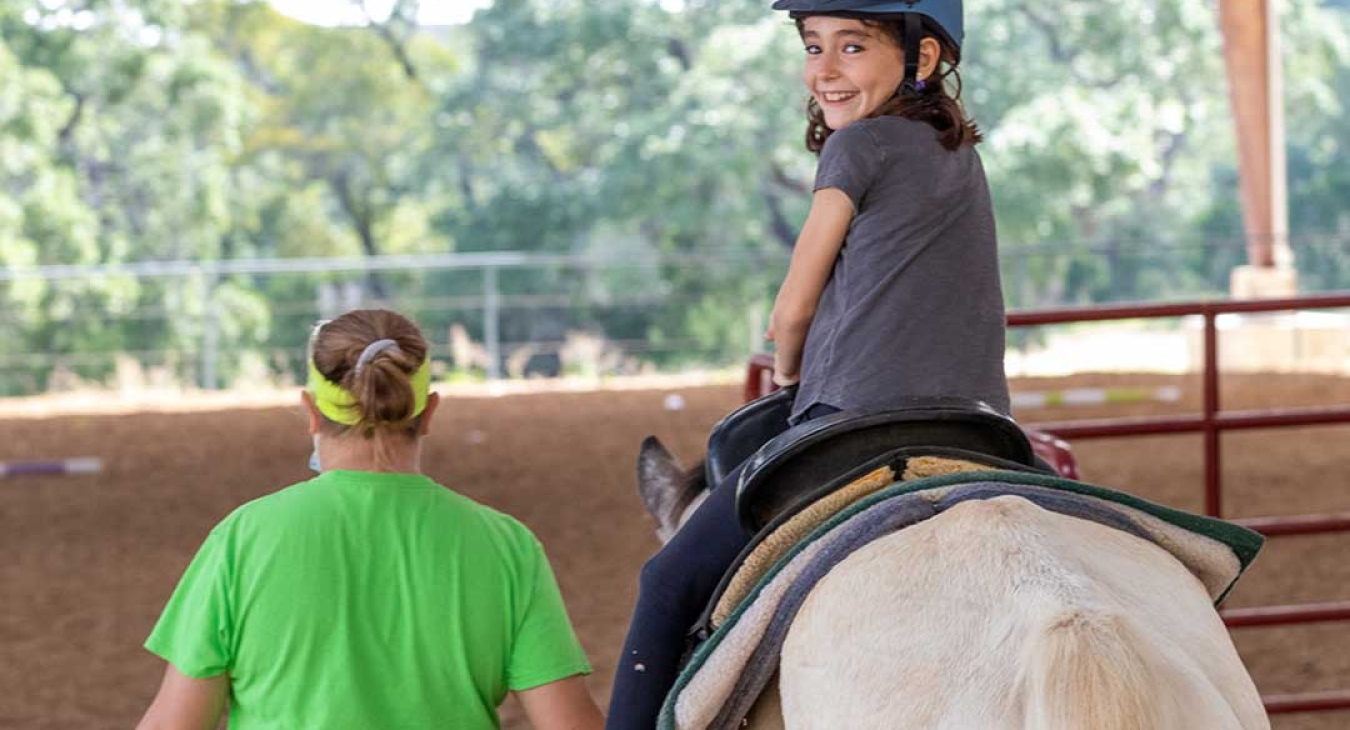 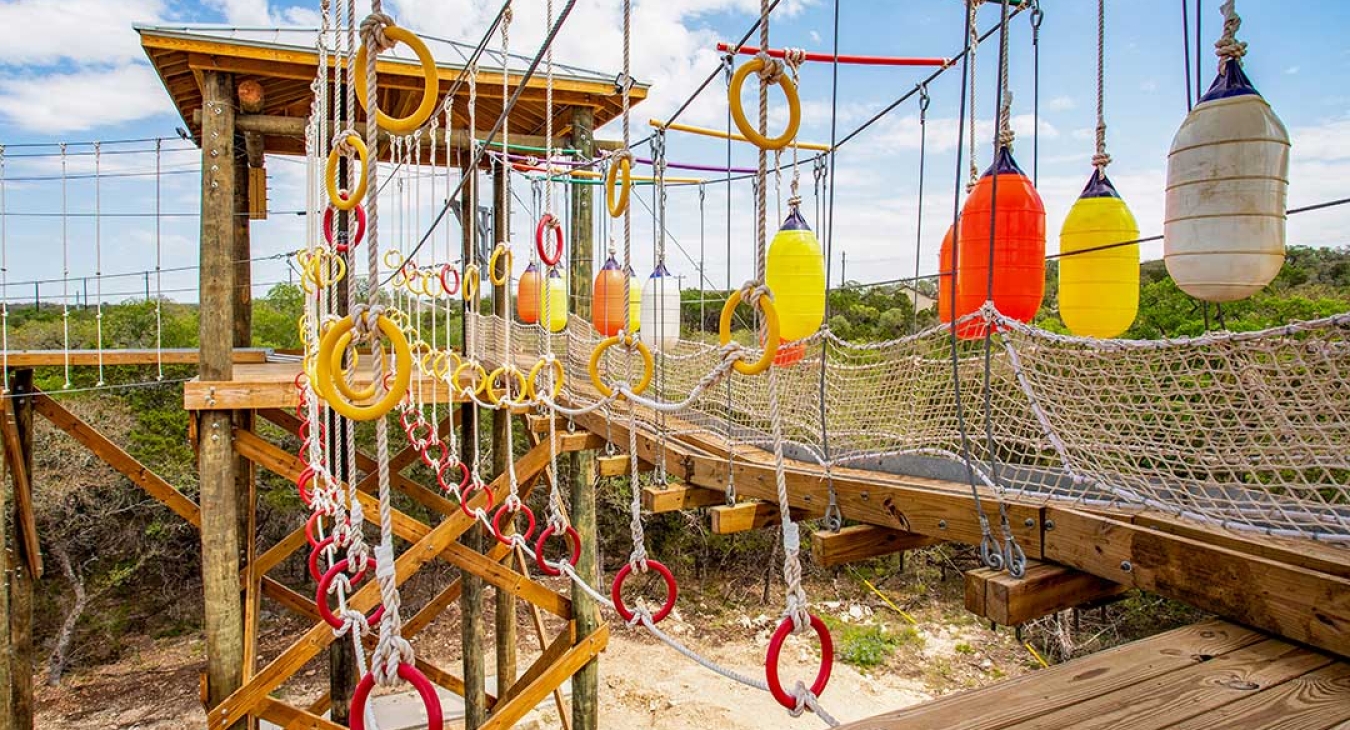 SAN ANTONIO – Morgan’s Wonderland Camp, a new 102-acre recreational oasis for those with and without special needs on the ruggedly-beautiful northern outskirts of San Antonio, announced today it is accepting registrations for camp sessions.

Gordon Hartman, founder of world-renowned Morgan’s Wonderland theme park and other Ultra-Accessible™, fully-inclusive places where people of all ages and abilities can come together for fun and a better understanding of one another, made the announcement following an investment of $34 million and 16 months of construction. He noted that Morgan’s Wonderland Camp involved the installation of 42 “vertical improvements” such as buildings and other structures that amount to almost 5 acres of covered area.

“We believe Morgan’s Wonderland Camp constitutes another of the world’s greatest places for inclusive, barrier-free recreation,” Hartman said. “It features more than 20 major elements including ziplines and a challenge course like none other. Special adaptations enable those with special needs to enjoy these thrilling attractions just like everyone else. All in all, we’re proud to offer our guests an array of activities and facilities in a positive, uplifting environment.”

Camp sessions include Family Weekends from Fridays through Sundays and Partner Camps for non-profit groups from Sundays through Fridays. To obtain details and to register online, visit www.MorgansWonderlandCamp.com.&nbsp;

The inspiration for Morgan’s Wonderland Camp came from Morgan Hartman, 28-year-old daughter of Hartman and wife Maggie who has dealt with cognitive and physical special needs since birth. She’s also the catalyst for other creations including Morgan’s Wonderland and new Morgan’s Inclusion Initiative, a non-profit umbrella organization that coordinates fundraising, planning and communication among all Morgan’s Wonderland-related ventures.

Spacious, tree-studded Morgan’s Wonderland Camp is located at 23400 Cibolo Vista, near the intersection of Bulverde and Evans roads. The camp sits alongside the 8th hole of the AT&T Oaks Course of TPC San Antonio at the J. W. Marriott Hill Country Resort and Spa, site of the Valero Texas Open PGA Tour golf tournament that annually raises millions of dollars for charities.

Hartman paid special tribute to Valero – founding partner of Morgan’s Wonderland Camp and title sponsor of the Valero Texas Open – for its “awesome investment in inclusion.”

“Morgan’s Wonderland is amazing, and its simply phenomenal growth has led to creation of Morgan’s Wonderland Camp,” according to Joe Gorder, Valero Chairman and CEO. “This camp creates an environment free of limitations and restrictions that allows those with special needs to enjoy the same activities as others, together, equally. Valero is proud to be part of an operation that will be a blessing to so many.”

In addition to Valero Energy, other key partners at Morgan’s Wonderland Camp include:

Morgan’s Wonderland Camp facilities and attractions include the following:

More information about Morgan’s Wonderland Camp is available at www.MorgansWonderlandCamp.com or at (210) 866-4200. To learn more about Morgan’s Inclusion Initiative, visit www.InclusionStartsHere.com.&nbsp;

Ultra-Accessible™ refers to removing both physical and economic barriers that confront children and adults with special needs. This means those with and without special needs can come together in a fully-inclusive environment for fun and a better understanding of one another.

Valero Energy Corp, through its subsidiaries (collectively “Valero”), is an international manufacturer and marketer of transportation fuels and petrochemical products. Valero is a Fortune 500 company based in San Antonio, Texas, and it operates 15 petroleum refineries with a combined throughput capacity of approximately 3.2 million barrels per day, and 13 ethanol plants with a combined production capacity of 1.69 billion gallons per year. The petroleum refineries are located in the United States, Canada and the United Kingdom, and the ethanol plants are located in the Mid-Continent Region of the U. S. The company sponsors the Valero Texas Open and associated events, including Champions Fore Charity and the Valero Benefit for Children, from which Morgan’s Wonderland receives funding. For more information, visit www.Valero.com.&nbsp;