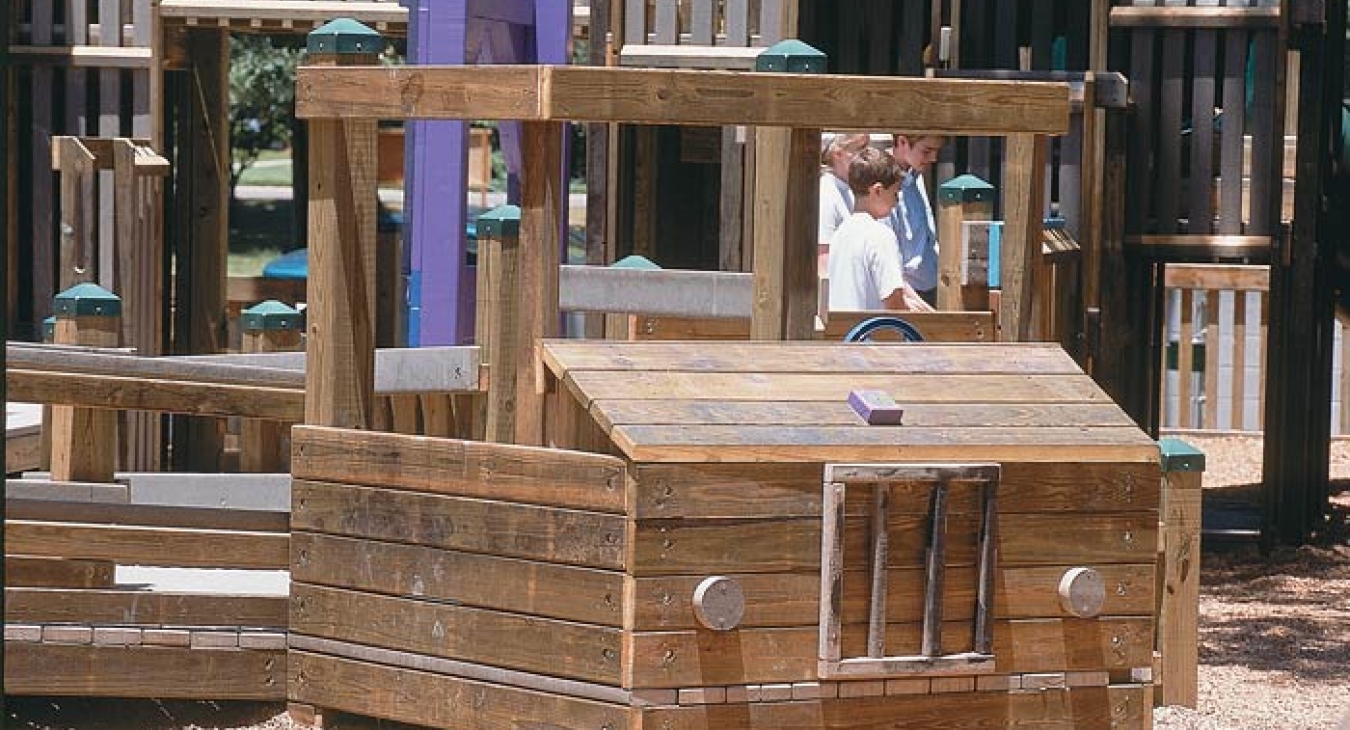 In 2001, playgrounds throughout Florida were closed amid fears of children being exposed to arsenic from wooden playsets constructed of CCA (Chromated Copper Arsenate, an arsenic-based wood preservative) treated wood as well as from the contaminated soil directly beneath the play equipment. Florida communities feared that CCA-treated wood might increase the risk of cancer among children who played on these structures or near the soil below.

The EWG-HBN petition cites the Agency for Toxic Substances and Disease Registry as claiming that one ounce of arsenic can kill 250 adults. The petition also cites the National Research Council as stating that people metabolize arsenic through a process called methylization, meaning that any ingested arsenic is converted to a less toxic form, making it easier to excrete and that the methylization process may reduce a person’s exposure time to arsenic, but “studies have shown that substantial variations exist in people’s ability to methylate arsenic and that children are not able to convert arsenic into less toxic forms as readily as adults.” 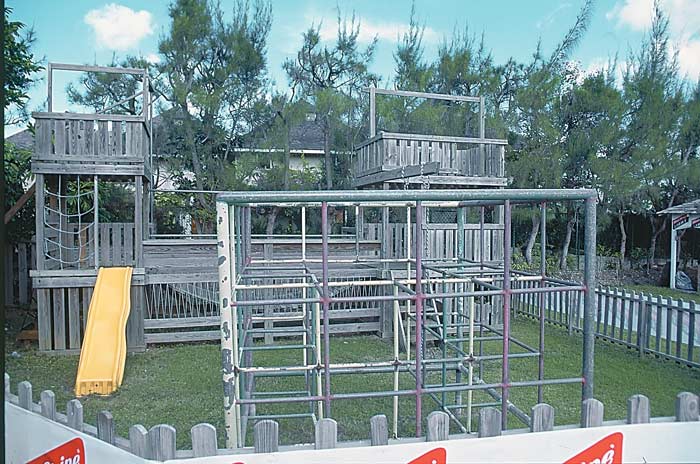 On March 17, 2003, almost two years after the EWG-HBN petition was filed, Jane Houlihan, the Vice President for Research at the EWG testified before the Consumer Product Safety Commission. In her testimony, she says the risk of arsenic exposure is the same regardless of the age of the playset. “Older decks and playsets (seven to 15 years old) expose people to just as much arsenic on the wood surface as newer structures (less than one-year-old),” Houlihan claims. “The amount of arsenic that testers wiped off a small area of wood about the size of a four-year old’s handprint (100 square centimeters) typically far exceeds what the Environmental Protection Agency allows in a glass of water under the Safe Drinking Water Act standard.”

Houlihan based her findings on consumer tests of 598 playsets, picnic tables, decks, and treehouses. Consumers purchased arsenic testing kits through the EWG’s Web site and the samples were then sent to the University of North Carolina-Asheville’s Environmental Quality Institute to be analyzed.

Legislators also took notice of the arsenic issue and in 2003, bills filed by U.S. Rep. Jan Schakowsky (D-Illinois) and Senator Bill Nelson (D-Florida) requested that Congress pass a law banning the use of CCA-treated wood “in the manufacture of any product that may be used for or by children.” These products include playground equipment, playhouses, decks, boat docks, walkways, fences and residential landscaping (including mulch prepared from CCA-treated wood).

In fact, Sen. Nelson has been a driving force behind the ban of CCA-treated wood. In May 2001, he filed legislation requiring that warning labels be placed on CCA-treated wood. The EPA has had a voluntary labeling program for some time, but it wasn’t mandatory until a couple of years ago. EPA spokesperson Dave Deegan says, “A couple of years ago, we convened some meetings and revamped the consumer campaign on this; every piece of lumber is supposed to have a label on it with a Web site address and a phone number.” 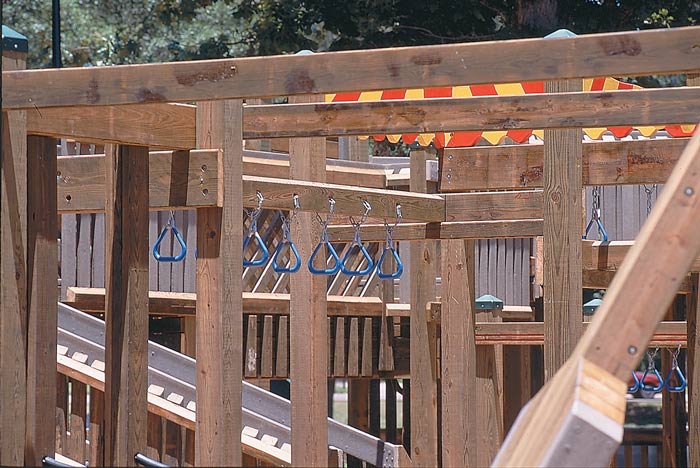 Nelson put pressure on the EPA again in November 2001 requesting that they supply data about the effects CCA-treated wood has on children who use wooden equipment.

Also in 2001, Governor Jeb Bush (R-Florida) proposed that the state’s wood treatment plant cease using CCA and instead opt for the use of arsenic-free preservatives to treat wood. Prior to Bush’s proposal, David Struhs, Florida’s Department of Environmental Protection Secretary, had declared a moratorium regarding the use of CCA-treated wood in state parks. In 2002, Governor George Pataki (R-New York) signed legislation requiring all playgrounds built with CCA-treated wood to be sealed and on August 8, 2003, he extended this legislation by requiring that all picnic tables on public lands be sealed.

The issue of CCA-treated wood is a bipartisan one, but some question whether Congress should be involved with this issue because federal agencies, such as the EPA and the CPSC, have already addressed the problem.

On February 12, 2002, then EPA Secretary Christie Todd Whitman asked lumber and pesticide registrants to voluntarily discontinue using CCA to treat wood used to build playground structures or in any other residential capacity. The lumber industry complied with the EPA’s request. After December 31, 2003, wood treaters were no longer allowed to legally use CCA as a preservative for wood used for recreational and residential purposes.

So what does this mean for the petition brought forth by the EPW and the HBN? On November 4, 2003, the CPSC denied the petition stating that the request by these environmental groups had been handled when the EPA requested that wood preservers cease using CCA. CPSC Chairman Hal Stratton stated that “The industry has already agreed to stop using this chemical as a treatment for wood for most residential consumer uses. The EPA action effectively addresses the petitioners’ request.” Commissioner Mary Sheila Gall made a statement as well. “On March 17, 2003, the EPA issued a final cancellation order that makes it illegal to use CCA to treat wood intended for most residential uses after December 31, 2003,” Gall said. “Declaring such wood to be a banned hazardous substance under the FHSA (Federal Health Substances Act) would be redundant.” Gall also addresses the issue regarding the removal of all CCA-treated wood playground equipment. She mentions that the commission staff performed a study about the “bioavailability of dislodgeable arsenic.” She says the results of the study indicate that children who play on CCA-treated play equipment “in early childhood have an increased risk of 2 to 100 per million of developing lung or bladder cancer during his or her lifetime” and that “the risk is an increased risk above the risk of cancer due to other factors during one’s lifetime.”

But Gall says even though the study shows that CCA-treated wood falls under the FHSA definition of toxic (“any substance, other than a radioactive substance, which has the capacity to produce personal injury or illness to man through ingestion, inhalation or absorption through any body surface”), “the Commission could not, as petitioners request, immediately recall playground equipment made of CCA-treated wood. Before the Commission could ban the use of CCA-treated wood in playground equipment, the assumptions made in the Commission’s staff study would need to be verified.” 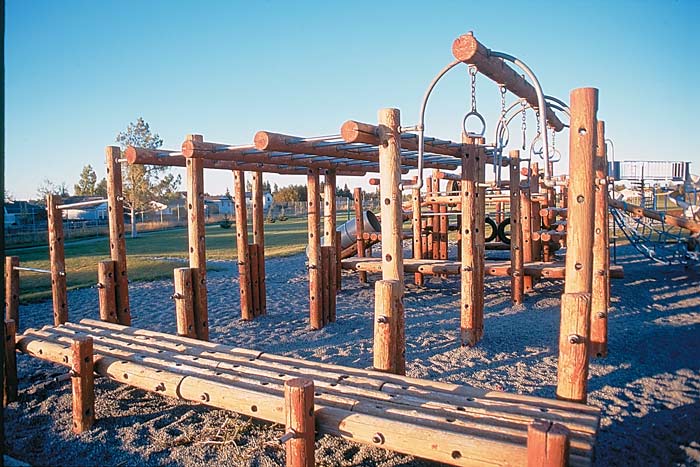 The report, entitled A Probabilistic Risk Assessment for Children Who Contact CCA-Treated Playsets and Decks, completed in November 2003, assesses the risks to people who come in contact with CCA-treated wood playgrounds. A probabilistic risk assessment means that scientists try to look at all of the variables involved in the determining risks and the EPA says this type of investigation “provides a more scientifically robust analysis.” But Today’s Playground must stress that these results are preliminary, and they still need to be assessed by the Scientific Advisory Panel (or SAP) to ensure that appropriate scientific methods were used. This report was made public before going to the SAP because the EPA says that they want to make their methods “transparent” and they also want to “include ample opportunities for public involvement.”

It is standard practice for the EPA to release documents before a meeting of the SAP convenes and public comment is encouraged at SAP meetings. In fact, EWG’s Jane Houlihan went before the SAP during their December 2003 meeting where she commented on the EPA’s research. “The assessment before the panel is thorough, well documented, scientifically robust and innovative,” she says. “As far as I am aware, this assessment is the first under which the Agency (EPA) has rigorously characterized the range of cancer risks that occur across the population, including risks faced by the highly exposed. It represents a significant advancement in risk assessment methodology and should allow the Agency to focus mitigation measures on those most at risk.”

The SAP is not made up of EPA employees, but instead, they are independent scientists, that review the methods utilized by the EPA. Deegan says this examination is a public process, and that the panel’s findings will be released upon their receipt. “We should be getting their answers in the next few weeks,” he states. Once the panel presents their suggestions, the EPA will “make any changes necessary to the assessment before finalization.”

Some of the preliminary findings cited from the Probabilistic Risk Assessment report from the EPA:

Again, the SAP still needs to disclose their findings to the EPA before a final report can be issued, but in the meantime, the EPA has begun a study regarding the use of sealants to help curb CCA exposure. The study should be completed next year, but currently, there is no available data as to their efficacy.

Although CCA-treated wood can no longer be used for recreational or residential purposes, any wood that had been preserved with CCA before December 31, 2003, deadline can still legally be sold to consumers, but Deegan says, “We don’t anticipate that there will be large numbers of wood on shelves, but certainly anything that has been treated before can be sold legally.”

So what does this mean for the owners of CCA-treated playground equipment? Until the final results of the Probabilistic Risk Assessment and the sealant study come out, the EPA offers these recommendations:

The controversy surrounding CCA-treated wood will probably linger even after the final EPA results come out. Since CCA-treated wood can no longer be used for residential or recreational purposes, it probably means playgrounds will be built with other materials such as steel or with wood treated with alternative preservatives that will not pose a risk to the environment or to humans.