Playing Around with Playground Design. It should be fun! 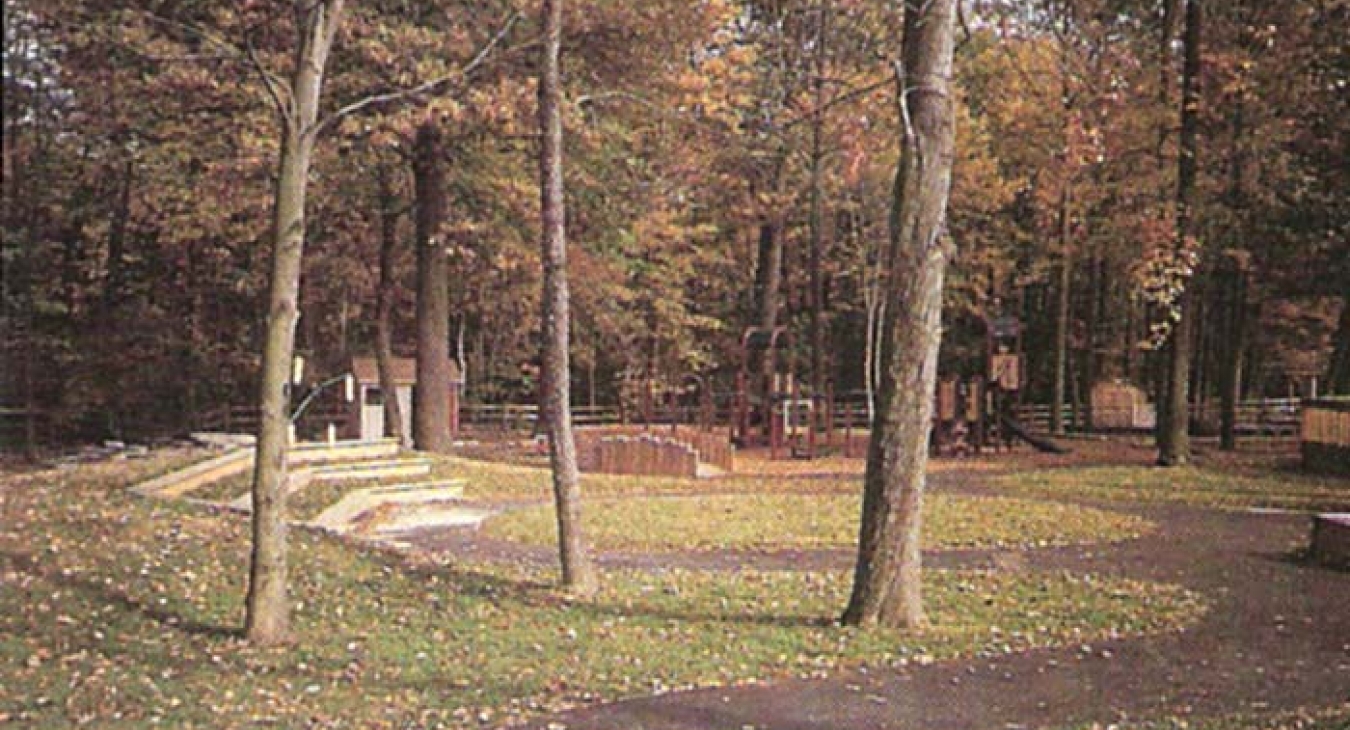 “ Honey, the kids want to go outside and play. Should I send them to the playground?”

What is the link between child 's play and a playground? Play is actually an activity that is not limited to a specific setting. While tennis takes place at a tennis court and golf takes place at a golf course, play does not necessarily have to take place only at a playground.

PLAY (verb) - to spend time doing an enjoyable and/or amusing activity; play may be spontaneous activity or it may be structured, with formal or spur-of-the moment rules for games .

So why do we typically associate the activity of play to the setting we call a playground? The apparent answer is because playgrounds offer the best opportunities for children to enjoy themselves. In the eyes of most adults, a playground is a safe setting, because playground providers have planned and managed it carefully. The playground has, in one location, an assembled collection of play- enhancing items, which are "good for the children." It is asserted that playing at a playground will boost a child's ability to develop physically, socially, intellectually, and emotionally. These are the standard benefits-based adult justifications for playgrounds. In the eyes of adults, these are the reasons we send the children to the playground to play.

But why do children want to play at playgrounds? More specifically why, other than to obey their parents, do children go to the playground? Could it be, in a few instances, that it is at the playground that the children have fun? In pedagogic terms, do they obtain empirical and scintillating experiential pleasure wh ile there? (Isn't it terrible that adults think it is necessary to define "fun"?)

For some time in Europe, and more recently in the United States, playground specialists have attempted to quantify the "play value" of a playground. Because most self-proclaimed playground experts are adults, "play value" tends to be measured by adult perceptions of the benefits of playgrounds. Typical measures have included the number of play activities present (using the assumption that more is always better), or sometimes the variety of activities between the four accepted domains of development (using the assumption that, for example, one physical activity is interchangeably equal in value to one social activity). A new approach, discussed in my March 2001 column, examines challenge levels, or developmentally appropriate proficiency ratings. Even this is an adult benefits based approach . In Hong Kong, a colleague is conducting a study to compare perceptions of risk-taking on playgrounds by certified playground safety inspectors and children. It would be interesting to do a comparison study of play value between playground specialists and children .

Safety considerations have dominated the design/development of some playgrounds. These playgrounds seem set off from rest of the park setting, enclosed in a "safety capsule". With an underlying base pad of safety surfacing and distanced from the natural outside reality by a minimum seven foot clearance zone from any designated play surface------inside a virtual bubble of safety provisions. These playgrounds often do not seem to relate to the rest of the natural park setting, but appear more as alien misfits plunked down without any link to the natural environment, the community's heritage, or culture.

The play structures may change, but the design result is becoming all too common: a single flat plane of safety surfacing compressed to the maximum by utilizing all possible overlapping use zones and putting as many play components on one composite structure, or as few as can be sited together. There tends to be a disappointing trend away from providing motion experiences; fewer swings, merry-go -rounds, etc., in the name of safety and space efficiency.

The playgrounds of distinction have departed from this cookie cutter pattern of development. I recall I exciting playgrounds that reflected a community's cultural heritage by subtle means- architectural treatment of structural elements, use of color combinations, and symbolic features. I recall playgrounds that had Chinese, Mexican, American Indian and Egyptian qualities. These playgrounds looked like they belonged in their locale. I recall other playgrounds that were built around the historic or natural geologic uniqueness of the area. Examples include Viking playgrounds, castle keep playgrounds, pirate playgrounds, dinosaur or Mesozoic fossil playgrounds. These playgrounds help preserve the historic heritage of the communities. Many of these playgrounds were designed with custom play equipment, but just as many were designed by incorporating stock equipment into clever and innovative settings. These demonstrate a creative ability of incorporating proprietary play apparatus, within good site design in a synergistic manner. The result provided a stimulating and fun play environment for children as well as their parents. I witnessed more adults playing with the children in these settings than ever in safety-first compressed space playgrounds. This is a great accomplishment!

There have been a number of I innovative approaches of blending the natural environment of the park and the playground. It is as if the designers are opening the tightly encapsulated safety bubble-like playground and judiciously and shrewdly placing the play elements within the park setting. The play centers were separated spatially and visually by earth mounds, large canopy trees or small copses of trees, large hills, changes of groundcover , etc. Sound and motion were introduced into the play space by wind chimes, whistles, pennants, wind socks, and hollow drum -l ike devices. Water features such as small fountains, sprays, or rivulets were often included. Many of these water devices were activated by the children during play. Children were thus encouraged to extend their play beyond the perimeters of the equipment use zones and incorporate the natural environment into their activities. The concept of "playground" is enriched by these approaches, which might be called environmental integrationist design. Examples of this technique include designs by Robin Moore, Rusty Keeler, and Esther Grossman in the United States and Ric McConaghy in Australia.

Put Safety in Playground Perspective Along with the concept of incorporating playgrounds into the parkscape, it may be useful to recall the adage of German playground designer, Erik Richter: "Provide as much play value as possible; provide only as much safety as necessary." In many instances, we have let safety considerations dominate playground development. An open, fresh approach to playground design can still comply with safety criteria, if these are applied wisely and not arbitrarily. While safety is certainly a very important factor, if it is the sole design control, fun-or "play value" if you must be an adult- becomes an insignificant consideration in the playground, because extremism, even for safety's sake, is not desirable.