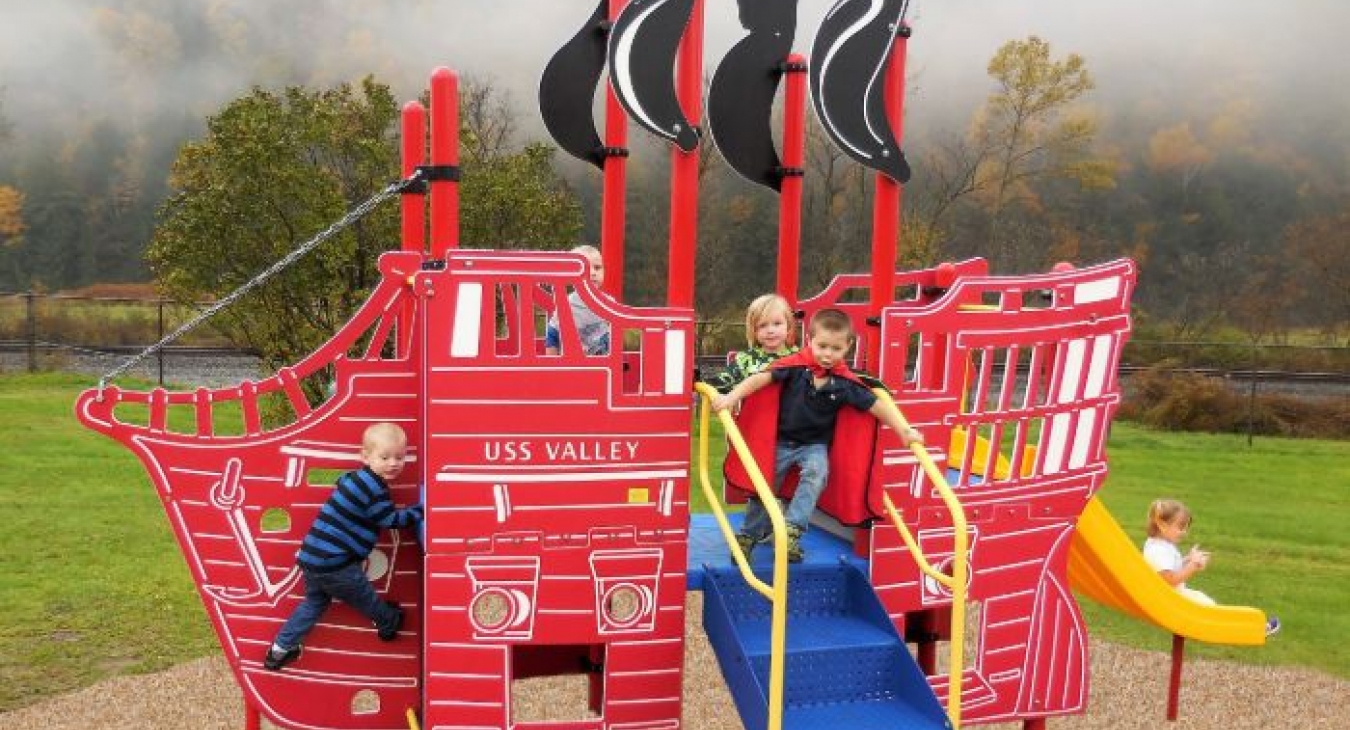 Gary, Indiana (February 4, 2019) It takes grit and ingenuity to strike out on your own. The story behind the startup years of Kidstuff Playsystems is of an unlikely partnership forged between a carpenter and an educator with an entrepreneurial spirit.

In December of 1982 Kidstuff Playsystems, then known as Olympic Recreation, was founded by an early childhood educator, Richard Hagelberg and a union carpenter, George McGuan. The collaboration came about organically as Hagelberg began researching the best options for purchasing a playground for a childcare center he owned. His investigating highlighted a need in an untapped market.

Their first wood structure was manufactured in a classroom and sold to a nearby town. Later they put the “cottage” into cottage-industry by manufacturing their signature custom structures in George’s basement. Each piece of wood was designed, cut, drilled, and routed there by George and Richard. By 1985 the business had grown to a point where a real manufacturing facility was required. George was working full-time designing and engineering and Richard was busy selling it. They made sure to stay local and purchased a facility in Gary, eventually moving to their current location on Miller Ave in 1998. They acquired the equipment to powder coat all their products and expanded to coating for companies seeking to outsource this work.

“Kidstuff is an asset to our city and the region as they continue to donate their time and talents to a myriad of community projects.” Says Gary community builder, Jessica Renslow. “The interesting thing about this little mom and pop that could is that they do a ton of national and international projects, but a lot of folks in Northwest Indiana don’t even know Gary has a playground manufacturer despite their being in business for decades and committing to hiring locally.”

Over the course of three decades, Kidstuff has continuously been a pacesetter in the playground industry, becoming one of only 8 Charter Members of IPEMA, complying with all safety standards, designing and certifying new play equipment every year. Selling through a dealer network in all 50 states, Kidstuff experienced its best year ever in 2018. They continue to introduce new products, maintain a high standard of manufacture and product safety, and create truly fun and educational play systems, park playground equipment and swing sets.

### Anyone seeking additional information may contact Richard Hagelberg, via (219) 938-3331/ [email protected] or check out kidstuffplaysystems.com.