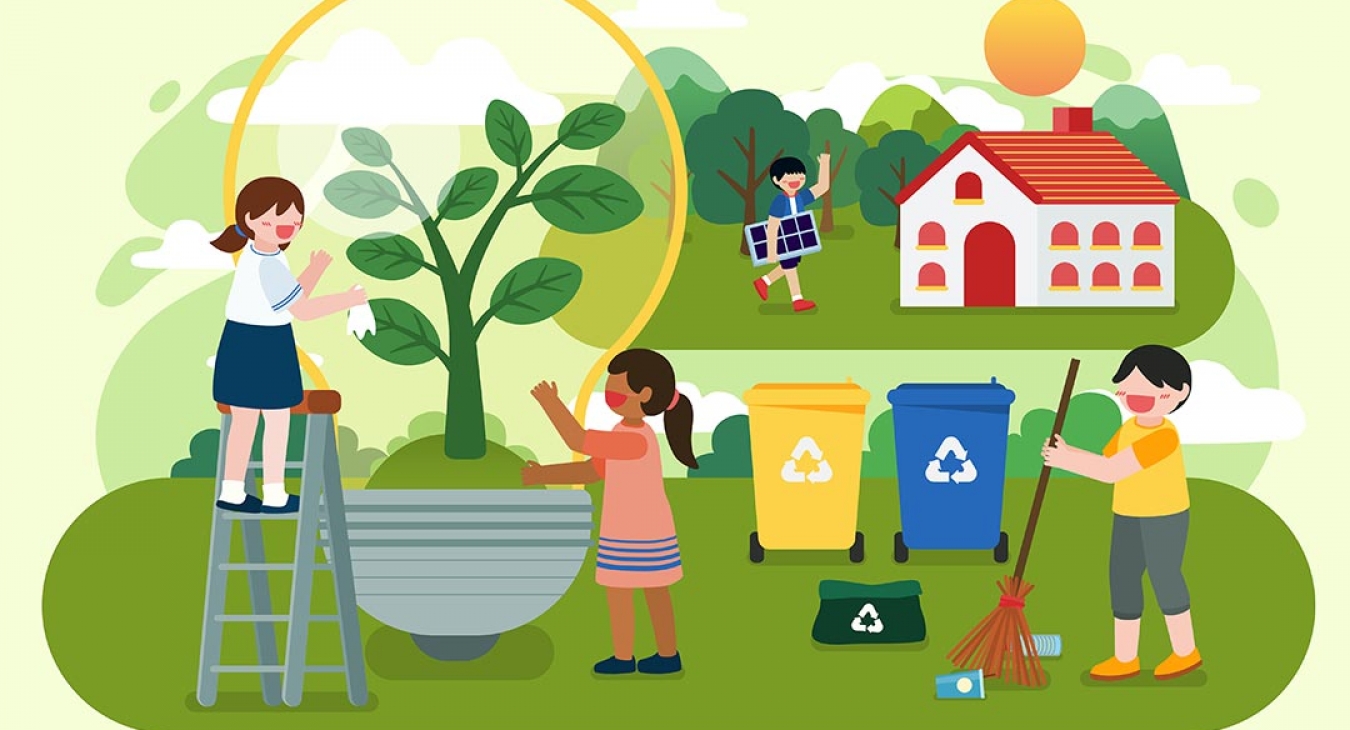 It's a common misconception that children aren't concerned or don't have opinions when it comes to pressing issues such as the environment. However, a study has shown that Generation Alpha, or kids born after 2010, is very much concerned about the current state and future of the world we live in. According to the research, 95 percent of Generation Alpha said that taking care of the environment is an important issue, compared to only 57 percent of Millennials and 37 percent of Baby Boomers. Educating kids about Earth-friendly initiatives, such as recycling or using renewable energy, can encourage them to do what they can to save the planet. Moreover, by using fun teaching methods that allow them to play outdoors, they'll continue to show an interest in the environment as they grow. Here are some fun outdoor activities to teach children about renewable energy.

It is easier to get kids interested in clean energy by explaining the concept of it, rather than getting into the technicalities of it. For instance, saying that we can use sunlight, wind, or water to generate electricity or power vehicles will be enough to capture their interest if you're talking to young children. Next, think of activities that you can do to demonstrate renewable energy, such as making and playing with pinwheels.

Making pinwheels can help children understand how wind turbines or windmills work to generate electricity. To make a paper pinwheel, get a square of paper, then mark the center with a pencil. Draw a diagonal line from each corner of the paper, and cut the diagonal lines, starting from the corners and going towards the center. Fold each point into the center dot, and secure with a push pin. Push the remainder of the pointy end of the pin through a straw, and cover the sharp end with masking tape, clay, or a bit of hard wax. Head outside, and let the kids have fun blowing on the pinwheels, or let them wait for a breeze to make the pinwheels turn.

Making solar bottle bulbs teaches kids how to be resourceful, and it enables them to learn about how the sun's energy can be used to generate light. Since you'll be using a little household bleach for this activity, it may be better to have older children participate in this project. Moreover, you should do this project outdoors so that the smell of bleach won't overwhelm the kids. To make a solar bulb, fill a clear, empty plastic bottle with water, and add two capfuls of bleach. Cover the plastic bottle, and then expose it to direct sunlight. By evening, your solar bulb will glow just like a regular bulb.

Other ways to teach kids about renewable energy

Play can be an effective way to teach kids about renewable energy, so let them fly kites on a windy day so they understand more about wind energy. You can also let them play with toy sailboats in a big basin of water or at a nearby pond or lake - just make sure that there are enough adults to supervise the little ones during this activity. You can also host an outdoor film showing, and let older kids watch a movie that shows how young people can work together on an eco-friendly project, such as the 1996 movie Race The Sun. This film is based on the true story of a Hawaiian high school solar car team, which placed 18th in the 1990 World Solar Challenge. The movie was so inspirational that the Nuon Solar Team, which is a seven-time World Solar Challenge winner, was moved to build their first solar car after watching it.