The Repurposing of a Sand-pile 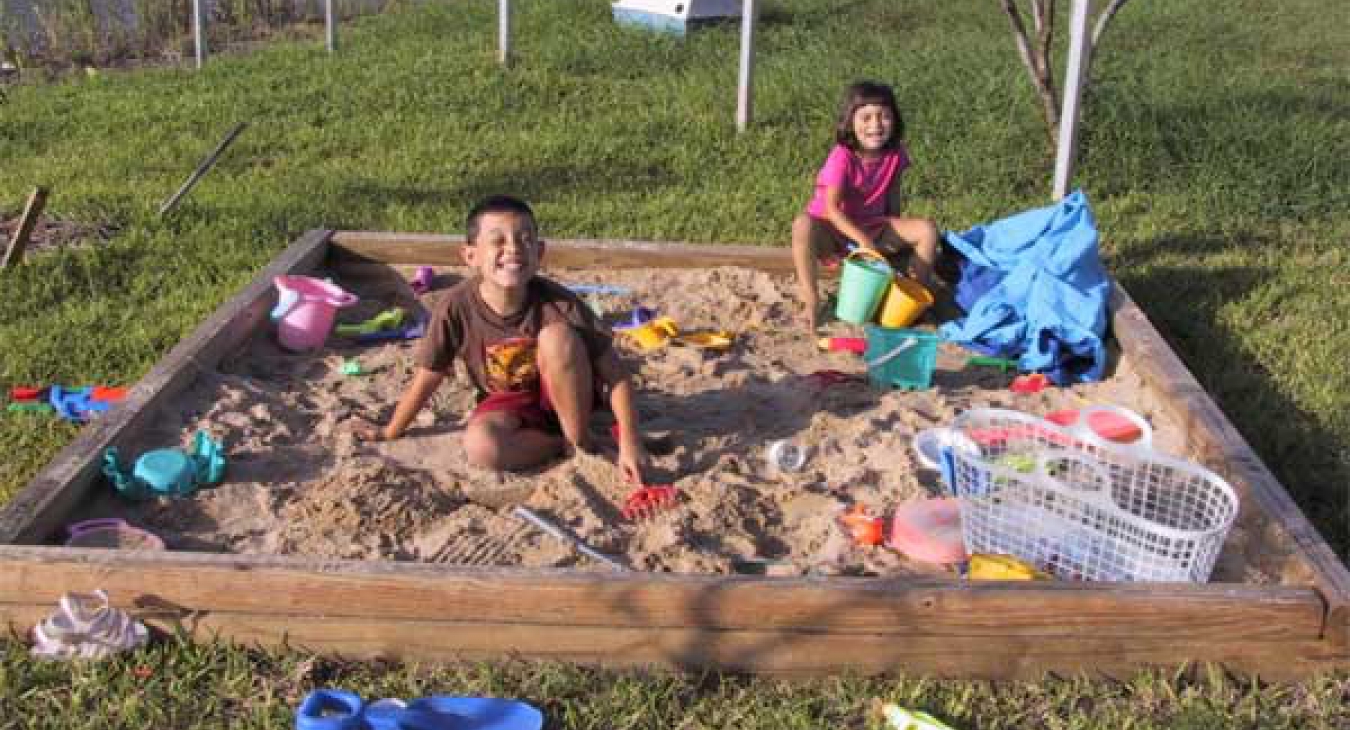 The Repurposing of a Sand-pile

The first project I did when my wife and I bought our first house a little over a decade ago was to build a sandbox for our two children, Sofia and Andreu. It was a pretty simple thing, some landscape timbers, about a ton of sand and a little bit of sweat equity. Not quite as flashy as my neighbor’s swimming pool and 12 foot tall play structure. But still it was fun.

In the evenings and on weekends we would go out and get into the sand. In the summer time when it was hot, the hose would be added and the sand-pile would become a swamp. Plastic figures disappeared and reappeared in the sand along with sand toys and buckets. Sometimes it was used frequently and sometimes it did not get visitors for weeks. Whenever it seemed that the sandbox was not drawing interest I would head to the hardware store for a couple bags of fresh sand which revived interest at least for a time.

Sand is an amazing play material. G. Stanley Hall was the first president of the American Psychological Association and an important leader in the field of educational psychology. He wrote a little paper back in 1897, that he called The Story of a Sand-pile. He wrote the paper because of his belief in the educational benefits of play in a sand-pile. His story begins when a truckload of beach sand is delivered to a small town outside of Boston. The children in the neighborhood are immediately immersed in sand play. Soon toy figures are added to the sand, carved wooden people, eventually houses are built and a small city structure begins to develop among the local children. Children acted as shop keepers and mayors and police among other things, with the sand providing the material for their play activities. You can read it online if you are interested.

I never quite got such an enthusiastic neighborhood response to my own sandbox. Many of my children’s friends would eagerly play in the sandbox. On the other hand, many times the neighbor children would only look on as my children played. They had been well trained to fear anything that might spoil their clothing or that was not sanitized. When I mentioned the sandbox to my students and how much it was enjoyed, they would respond with something like, “Aren’t you worried about cats?” I wasn’t really, in fact in the years we had the sandbox I never noticed any neighborhood cats interested in it.

The sandbox lived a long life, however, a difficult decision was reached just a couple of years ago. Sofia was then eleven and Andreu had turned 16, and I had noticed that neither had shown much interest in the sandbox for quite a while. I asked them if they still wanted me to leave it, but they both said no, it was okay for me to change it.

So like so many of my children’s playthings it became time for the sandbox to adapt and change, to take on a new role. I decided to repurpose it into a garden, a south Texas garden. Many of the plants that I have planted are ones I raised from seeds collected from native plants. Esperanza has a bright yellow flower and attracts hummingbirds. Washingtonian palm trees are not exactly native and do not provide much shade but are well adapted to the windy, low moisture climate of south Texas. Some plants I rescued from the hardware store, which always seems to have a handful of plants in the back that nobody wants. Nothing like getting flowers on clearance. The salvias and purple verbenas and turk’s cap seem to enjoy their sandy foothold, and also attract butterflies.

I miss the old days in the sand box. I know there is still a ton or more of sand waiting underneath the plants and mulch. The sandbox still remains a plaything, one that serves a different function, to bring relaxation and nature to the environment.