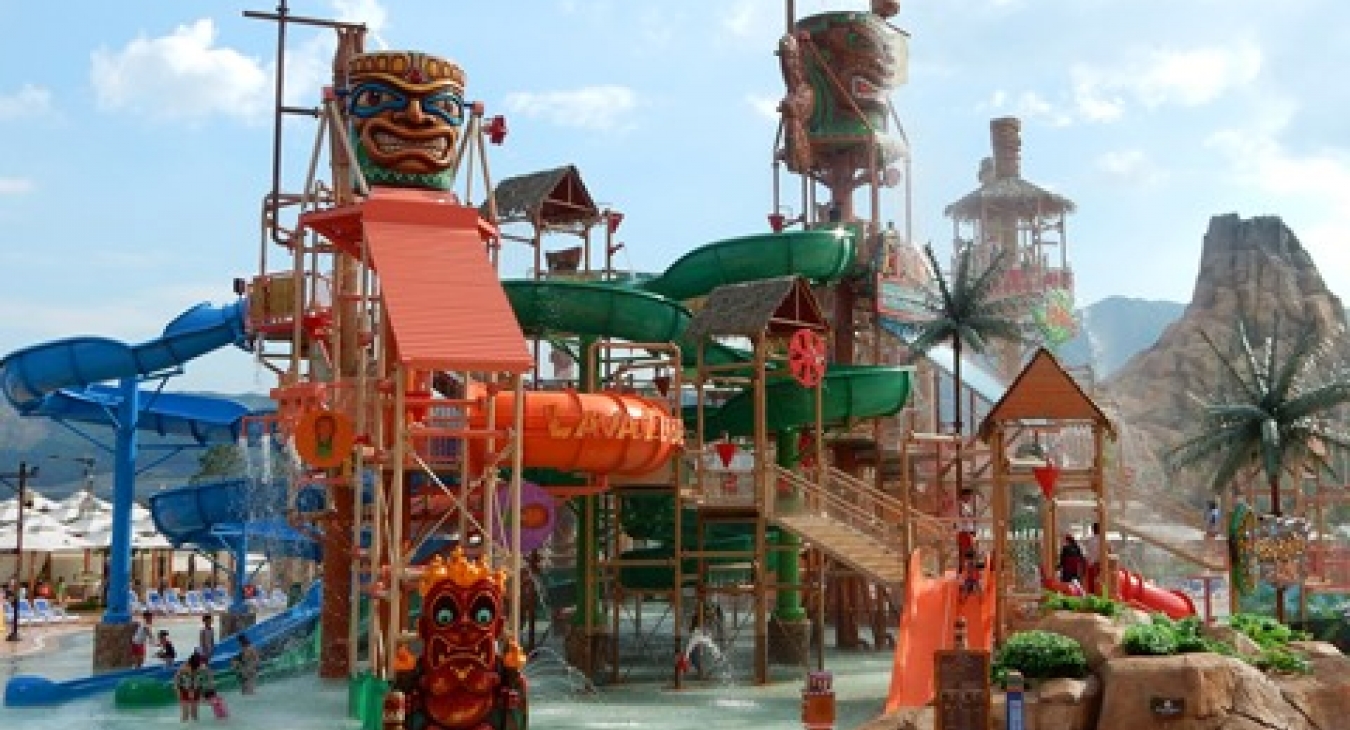 In the first four months of operations, Lotte World has seen daily waterpark attendance records of 18,000 guests per day. As voted by waterpark visitors, Korea’s largest Surf Wave Pool, the third largest in the world, is a definite guest favorite while Korea’s largest Abyss has been chosen by guests as the most thrilling ride!

Featuring many more firsts for Korea, visitors to Lotte World will get to enjoy Korea’s largest AquaPlay™ structure towering within a 2000 square meter area as well as Korea’s first indoor Rattler™. Lotte World’s first phase of construction, opened to the public on May 1, 2014.

Although the exact completion date of the third phase of the waterpark is not confirmed, there are many new and exciting waterpark experiences to be discovered in the coming seasons. WhiteWater is proud to be Lotte World’s exclusive supplier of waterpark products and will continue to offer the highest standard of quality throughout the next phases.

Lotte World is a major recreation complex in Seoul, South Korea. It consists of the world's largest indoor theme park (a Guinness World Record) which is open all year around, an outdoor amusement park, an artificial island, shopping malls, a luxury hotel, a Korean folk museum, sports facilities, movie theaters and a waterpark. Opened on July 12, 1989, Lotte World receives over 8 million visitors each year.