Water Playgrounds are the Next Wave 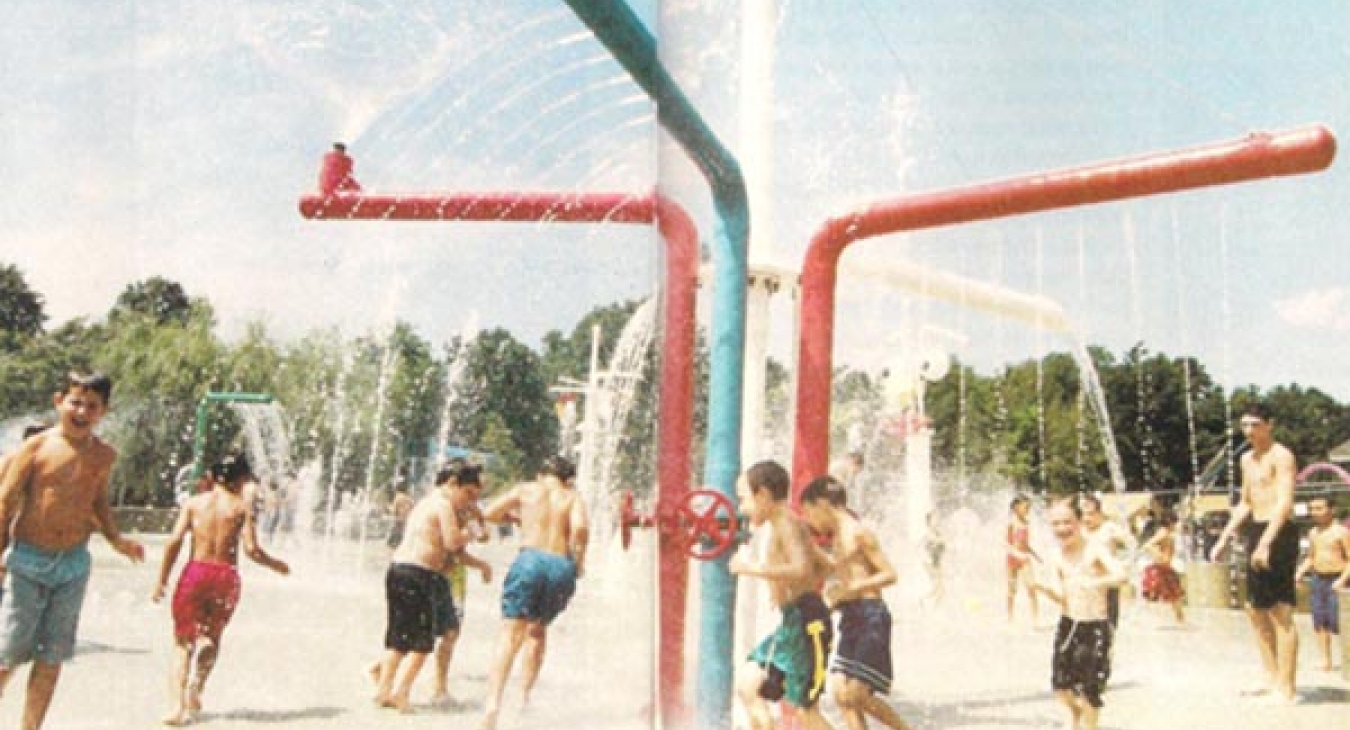 ‘Legalized fun’ in the sun

The philosophy is simple. Take the thrill and exhilaration that children receive by running  through a sprinkler on a hot summer day and turn it into a full-fledged water playground- or 'sprayground'-where anything goes.

It's the refreshing idea growing in popularity throughout North America.

"I call it legalized fun," says Ron George of Rain Drop Products, one of the leading  manufacturers of water playgrounds. “When kids get in a swimming pool, if they're not, slipping and sliding they're trying to kick and splash each other. Lifeguards try to keep them from doing that because it can be dangerous'. But at a SprayGround, it's safe because there's no standing water. The water is gushing and jumping, dumping and spraying and the kids can follow the water going on and off.

"It creates fun for them, and  parents don't have to be right there with them to supervise. They can stay off to the side and watch, or sunbathe and relax."

Safety, of course, is an issue at any playground, and spray parks are recognized as being a safe way for kids to have a lot of fun in the sun while still keeping costs down. There's no constant testing of the water required, very little maintenance needed and no lifeguards - if they can be found- to employ.

"It's a dwindling line of work," George says of lifeguarding. "The typical high school or college swimmer can make more money now doing something else during the summer.

Because there’s no accumulation of water, children aren't at a risk to drown, and water playgrounds are also very accessible. The surface, normally broom-finished concrete like a pool deck or poured-in-place rubber, are easy to get around in a wheelchair, meaning that no one is left out of the experience. Vortex Aquatic Structures International recently installed a splash pad at a school in Illinois for visually impaired students, and according to director of sales and marketing Andre Khurry, the kids love the opportunity to "touch and feel" at the spray park.

Most water playgrounds come with a variety of structures and options. Electronic operating systems keep kids interested by shooting water out at random. Participants can run through curtains of water, duck under a geyser, charge through a water tunnel, or relax on a bench covered with spouts. And then there are the cannons, which come loaded to bear with potable water.

"Kids love the cannons, that's for sure.” says Susan Baker of Waterplay Manufacturing Inc. “They love to spray other people."

Water playgrounds are popping up in state and municipal parks, hotels and resorts, campgrounds, day care centers, private country clubs and residential subdivisions. They can be found in the inner-city, as well as out in the suburbs. Everywhere, according to George, "From Maine to Florida and from California to Washington and up into Canada. The season is really not a drawback. Yes, they are able to be used longer in warmer climates, but the advantage, if it's designed properly, is that you can use the existing splash pad for other activities in the offseason."

Versatility is important - particularly in areas where snow is just as prevalent as spray. Most water playgrounds are designed to be aesthetically pleasing when not in operation, and many can also be used as roller hockey rinks or skateboard parks. "And in some cases," George says, "people have put a liner on them, flooded them with water and made them into small ice rinks."

And presumably, the skaters can be found in something more than a swimming suit.