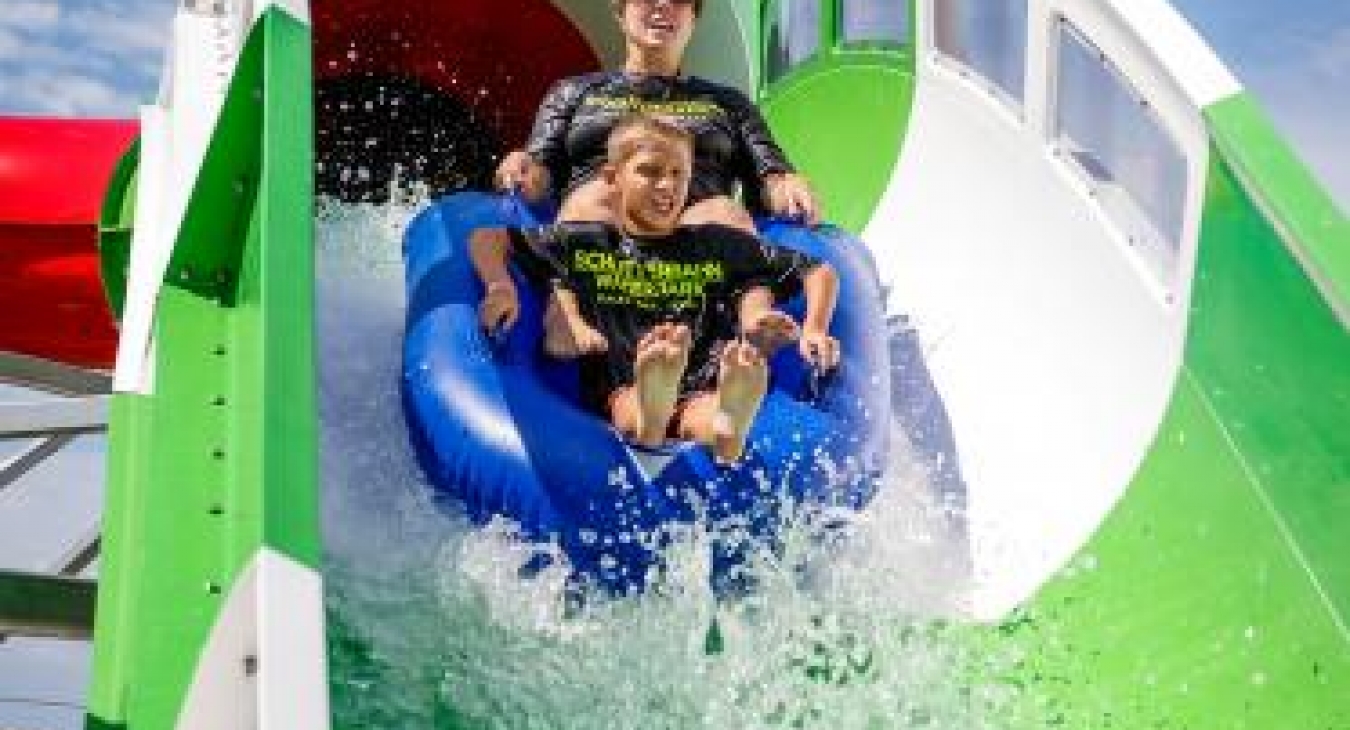 Not only is MASSIV the newest attraction at Schlitterbahn Galveston Island in Texas and the world’s tallest water coaster, it has also been outfitted with the latest technology developed by WhiteWater to make the uphill waterslide more economical to operate.

It takes a considerable amount of power to push thrill seekers up the steep inclines of the Master Blaster, and not up only one hill, but up two, four or more! By using the power of variable frequency drives (VFD) and a proprietary control algorithm, we can dynamically adjust pump speeds while the ride is in operation. This new system saves significant power during operations, cranking up the motor speed only when it’s needed to propel riders uphill. Officially deemed the tallest Water Coaster in the world by Guinness World Records, the new operating system will propel guests through the record breaking slide’s peaks and valleys with optimal efficiency.

Innovating to lower operating costs – all the small ways to be more sustainable add up.

Many of WhiteWater’s innovations, such as the new way to power a Master Blaster, come from their in-house Mechatronics group. They are a specialist engineering team within WhiteWater which works to develop some of the propriety technology which makes our rides special and innovative. The use of the VFD to make the Master Blaster extra economical is a prime example of their talents.

Normally the power which pumps the water jets uphill to transport riders along the Master Blaster were powered with an always on fixed frequency AC supply, so that the motor runs at a constant speed resulting in an inefficient use of power.  A variable frequency drive (VFD) changes the motors supply frequency to control the motor speed, using only as much power as required to push the rider up the hill at a target velocity.  This system results in reduced wear and tear on the mechanical equipment and is more energy efficient because the motor is not constantly running at a set speed.

Data collected from Master Blaster testing, comprising of 5 x 100hp pumps over a 20 day period, resulted in a 55% power saving over the period compared to the previous system used. This power saving is achieved through a combination of using the VFD's with WhiteWater’s proprietary control algorithms to dynamically adjust pump speeds while the ride is in operation. There is a further cost benefit of using VFDs: the “power factor” of the supplied electrical energy is improved which can reduce the wasted energy, and hence the electricity costs, by typically 5%.

With savings this great, the enhanced operating method will help recoup costs of the system, generating a reduction of operating cost from that point.  Not only do VFDs save you money because of their energy savings, they can also contribute to your environmental commitments and perhaps a little extra to mention in your marketing.