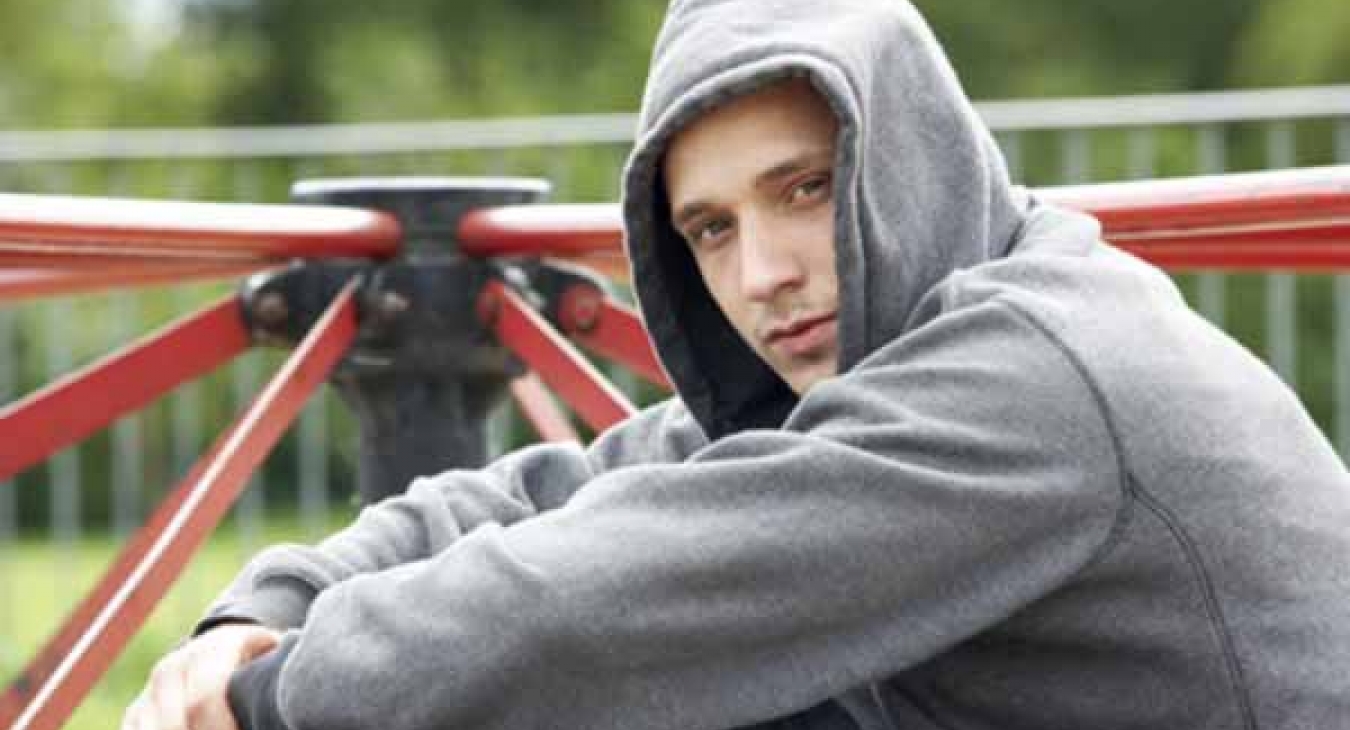 Active Play: the act of moving the body via an intrinsic motivation to engage in playful exploration and interaction with others and the environment.

Physical activity is important, but often teenagers are left out of the conversation. These days, the focus nationally on physical activity tends to be on early playful exposure during childhood and on disease avoidance/aesthetics in adulthood. With our focus on these two bookends, there is a gap in providing viable spaces and situations where adolescents can have meaningful movement experiences outside of organized, regimented activity.

In order to solve any issue, we must clearly define it. So, in the first part of this article, that is exactly what I am doing.

Physical activity isn’t the only issue at hand. We have begun to notice the dying off of play in favor of regimentation and passive entertainment. Organizations like KaBOOM!, US Play Coalition, Playworks, and Alliance for Childhood also have us talking about the value of play, and how opportunities for free play have ebbed away in our neighborhoods. Each of these organizations is and has been providing some kind of path to provide play, whether through the construction of play spaces, advocacy, or programming. A much more diffuse group of individuals in the health and wellness world have been discussing the need for play among adults as well. This includes heavy thinkers like Frank Forencich and Stuart Brown, as well as a host of movement professionals who have begun to focus on exploring movement more playfully. But unfortunately, this too misses the transition from childhood to adulthood.

For ease of discussion, I am combining the issues of physical activity and play since they are not only both important but intertwined. In fact, a primary issue within this interaction is the presence of intrinsic motivation to engage in physical activity. Active Play, a term I am using throughout the rest of this article, denotes the act of moving the body via an intrinsic motivation to engage in playful exploration and interaction with others and the environment. This is where we need to focus our energy, on the combined value of play and movement.

Over the past 20 years or so, a dominant pattern has emerged.

We seem to all agree that infants, toddlers, and preschoolers need play. In response, we build playgrounds across the United States. We initiate early childhood programs, both private and public, that provide for Active Play. Once kids reach the age of 9 or 10, with the aforementioned absence of the neighborhood play of childhood, they have little choice outside of regimented sports and “exercise” programs. Once adolescence is reached, beyond sports there really isn’t much to do except shop, go to the movies, or hang out indoors playing with electronic devices. We seem to almost make the tacit assumption that free play, neighborhood play is "done" by this age.

When adolescents do try to play on playgrounds, their play can sometimes disrupt the play of younger kids. This is especially true if they are present in large groups. Unfortunately, the first reaction from many municipalities has not been to build play spaces for them, but to ban them. Further, these spaces aren’t really appropriate for them from a size or challenge perspective anyway. 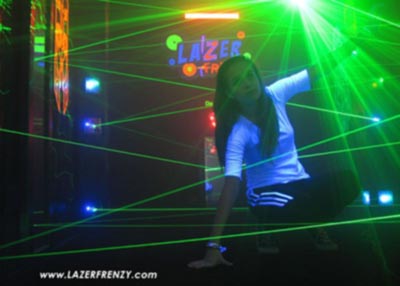 Active Play is important throughout development.

We know already that physical activity augments and sustains brain development, curbs aggressive behavior, and improves test scores. Study after study has shown this. The effects are even specific to types of activity. Repetitive, aerobic activity tends to lay down new architecture toward the frontal lobes of the brain. More dynamic activity increases connections in areas like the cerebellum, responsible for coordination. So, moving in different ways is necessary for developing the whole brain.

We know also that play helps to develop divergent thinking skills, strengthens relationships, and improves emotional regulation. The animal research shows this clearly. Animals that are not allowed to engage fully in play become more aggressive in social situations, and don’t solve problems as well.

Even as adults we need Active Play. You know those team-building exercises, such as ropes courses, that are so popular in the corporate world. What do you think they are trying to tap into? These kinds of team building exercises are effective because of the presence of Active Play, where physical challenge and social interaction are combined.

We call them lazy and complain that they don’t get enough exercise. It seems sometimes that we yell at adolescents no matter what they do. They try to play on playgrounds, we kick them out. They skate or congregate to dance in an open space, we tell them to disperse or move along. They play video games, we call them lazy. When I talk to teens that aren’t in organized activities and ask them what they did on the weekend, the response is pretty typical: “Not much.” This response is given, in my opinion, because they have experienced a history of restriction and regimentation. 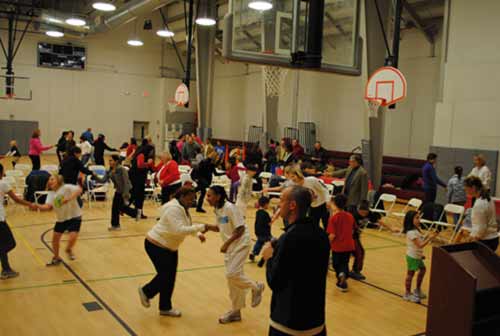 Even when I was a teenager, I remember my friends and I being told to “disperse” wherever we gathered in groups. We didn’t even have to be doing anything and generally were not "doing anything." The pattern had already begun.

“What is wrong with these teenagers?” we ask, repeatedly and often.

With the lack of opportunity to play in developmentally appropriate ways that include dynamic activity and some physical risk, adolescents often get bored, to the apparent surprise of many. They often begin playing in destructive ways. We see drug use, promiscuous sexual activity, and violent and destructive behavior. This includes a current trend where adolescents are covering themselves in accelerant and setting themselves on fire to put it up on YouTube. There are many more examples just as self-destructive.

With any problem, especially one plaguing our youth, the priority should be to fix it. Otherwise, we are simply yelling “fire” in a burning building. Can we change this?

Are current efforts the best we can do for them?

I say no. For starters, let’s just look at what we do spend our money to build. We build fancy, super safe playgrounds for young children and big box gyms for adults. We won’t even talk about the fact that most adults don’t even like these big gyms we build for them. That is an issue for another time.

Don’t even take my word for it. Drive or walk around your neighborhood. Where are the indoor and outdoor spaces that adolescents can go to move freely? Where can they have fun in groups? Chances are if your neighborhood is a typical North American one, you won’t find much.

Do a Google search for “teenagers” and “playgrounds” and you will find page after page of the trouble adolescents have caused on playgrounds. But you won’t find much on play spaces, indoors or outdoors, that are constructed with them in mind.

Now do that same walk or drive and look for spaces that young children and adults go to move around. Look at the choices they have.

When a large effort is made to provide Active Play for adolescents, it is often either sports themed, or some installation of the stuff most adults don’t even like in brighter colors.

But there are ways to construct and interact that provide interesting and engaging Active Play for teenagers. Adolescents are attracted to risk and reward, especially reward mediated through social groups and interaction. We can construct spaces and co-create activities that engage individuals at this stage without patronizing them or trying to turn them into adults. And, of course, we can’t just talk about the spaces we build. We have to talk about expanding our ideas of what can be done in a space.

Here are 4 keys to creating better Active Play spaces and outlets for adolescents:

1. Involve them in planning the spaces and activities. Don’t just involve those that routinely volunteer for things like this and are out in the open. You need to go to them. Go into schools and discuss the lack of spaces and opportunities openly, and talk to them about what they like to do. Recognize also that you might also be dealing with groups of kids that aren’t used to engaging freely and creating their own Active Play. So, be prepared to bring your own ideas to the table. Please be willing to expand beyond weight lifting equipment and treadmills. There are great climbing structures and games that build physical skill and social bonds. There are all kinds of fun toys for adolescents to play with, that they will actually like.

2. They need real space. Sorry, great Active Play opportunities for adolescents to create on their own, especially in large groups are not going to happen in a renovated closet. Teens, just like preschoolers, need space to run, jump, and land. You know how acres and acres of land are committed to golf courses, because that is what they require? Same logic.

3. Collectively, we are going to have to spend some money. How much? Let’s start by spending as much as we do for young children and adults to have spaces to move and create. Can we decide, together, to route some of the over $600 billion spent yearly in outdoor recreation toward play spaces for teens? It sure sounds fair to me.

4. We should create indoor spaces, too. Find innovative ways to marry technology, freedom of movement, exposure to nature, and human interaction. The tech industry has dictated too much of the play experience. Technology should bend to human experience, not vice versa. We need to draw adolescents away from options to play that are isolating, like electronic play. We need more truly interactive technology that facilitates play with actual objects and with other humans. But don’t expect most adolescents to play like you did when you were a kid on a daily basis right away. There are those of us who have made our careers getting kids to play without technology. It can be done, but it is difficult and won’t necessarily happen for many spontaneously. We cannot continue to wave at them from across a lake and not build the bridge for them to cross over.

I hope this article provides some perspective and some hints for those concerned about today’s adolescents. If we don’t want more sedentary, detached, overstressed, and unhealthy adults, we will do what it takes to continue play beyond early childhood. Are you ready?

I agree I am a kid but in our school don't have a playground for 5th-8th grade.If my school hears the passage they might let us a playground.

This is a great and VERY important conversation. We wonder why our young people are obsessed with electronic devices but when they try to do anything else, we shut them down and take activities away because one bad apple out of a thousand made a dumb choice. We need to give more attention to the physical needs of our young people. I think that if every teenager in America was required to spend at least one summer of their high school years picking berries out in a field together, we would see some behavior changes in our kids. They have SO much energy and we need to find productive ways for our society and the kids to benefit from that energy. Berry-picking might sound like a silly example but it is one thing that has been taken away because of laws and regulations about child labor. This is why kids sit and play video games all day.

Read More In Fitness and Exercise