Best Sports for Kids To Play on a Playground 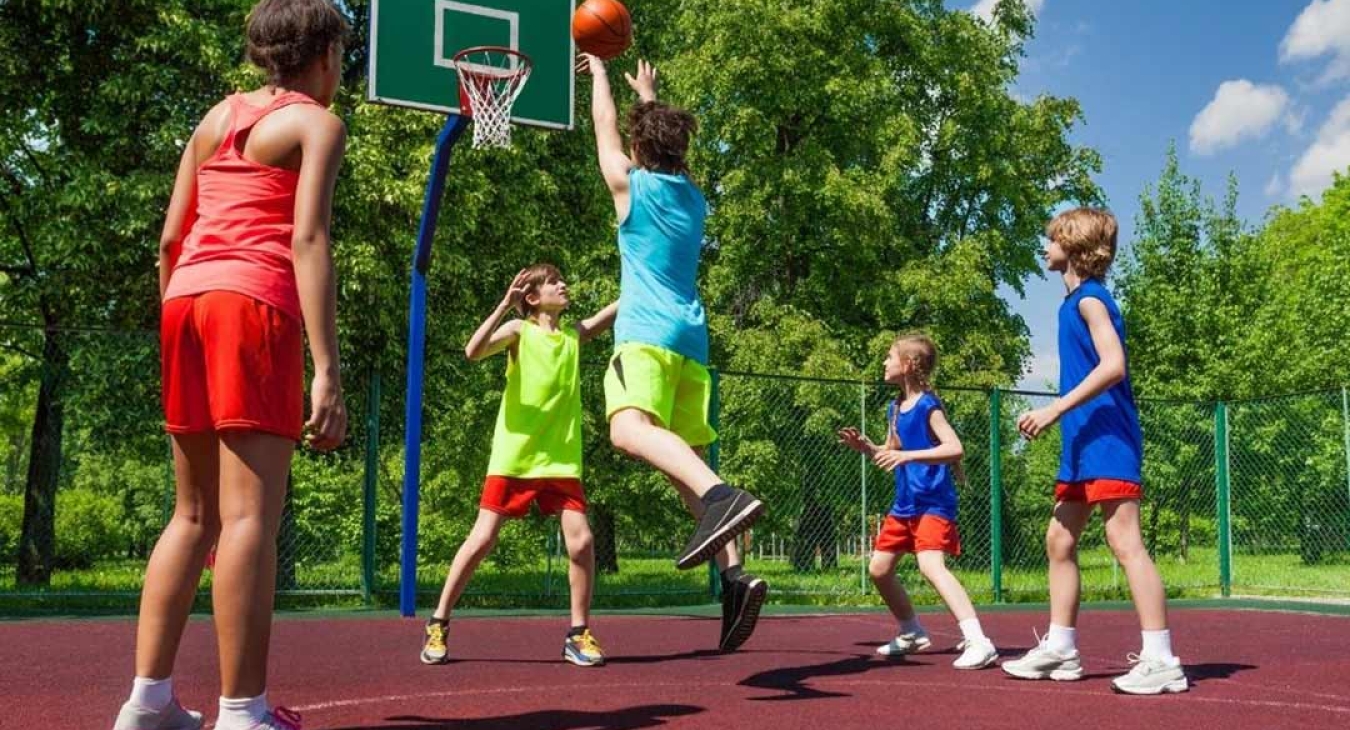 Best Sports for Kids To Play on a Playground

It’s always lovely to see children living their best life on the playground. However, with all the gizmos and gadgets at home, getting them outside to play a game might be challenging. Choosing one of the best sports for kids to play on a playground should draw some interest and engage them.

One of the better low-maintenance sports to play on a playground is soccer. Soccer is popular for kids of all ages across the world. Even though it takes a backseat to some sports here in America, it’s exceedingly simple to get a game going.

Unlike other sports, you only need a ball to play a soccer game. In a more competitive environment, you’ll want to buy shin guards, shoes, and a uniform. However, you don’t need a net on the playground to enjoy the game. The kids can throw a couple of sticks on the ground as makeshift nets or practice their fundamentals with their peers.

Basketball is an excellent game that builds endurance, hand-eye coordination, and learning about teamwork. Like soccer, basketball doesn’t necessarily require too many additional supplies and equipment. All you need is the ball and a hoop to play the game.

Since they made an entire movie about playing on a sandlot, an occupied piece of land children claim as their own, it’s safe to say that most kids will love playing baseball. You might not have a regular game with all the equipment needed, but you can enjoy different variations of the sport.

While kids need professional baseball bats for actual games, a plastic bat and ball will work best on the playground. This keeps everyone out of harm’s way.

Tossing the pigskin around the yard is an activity that all ages can enjoy. Although, it’s best to limit physicality and tackling at a young age. Therefore, the best alternative is touch football because it acts as two games in one.

With the touch element, the kids are essentially playing tag, which is always a winner for a playground activity. Having a quarterback or wide receiver is enough to keep the children busy for a while.

A classic playground game is kickball. It may not have a professional league for us to watch on television, but it’s a fantastic sport that incorporates other games into one. You have the elements of soccer by kicking the ball and modifying baseball rules with four bases and a diamond. Kickball may get a bit rambunctious for some children, so make sure the rules keep everyone safe.

Next time you have a group of children during recess or otherwise, choose one of the best sports for kids to play on a playground to expend their energy. Remember, winning isn’t everything, so don’t forget to teach children that the most vital part of playing a game is having fun.