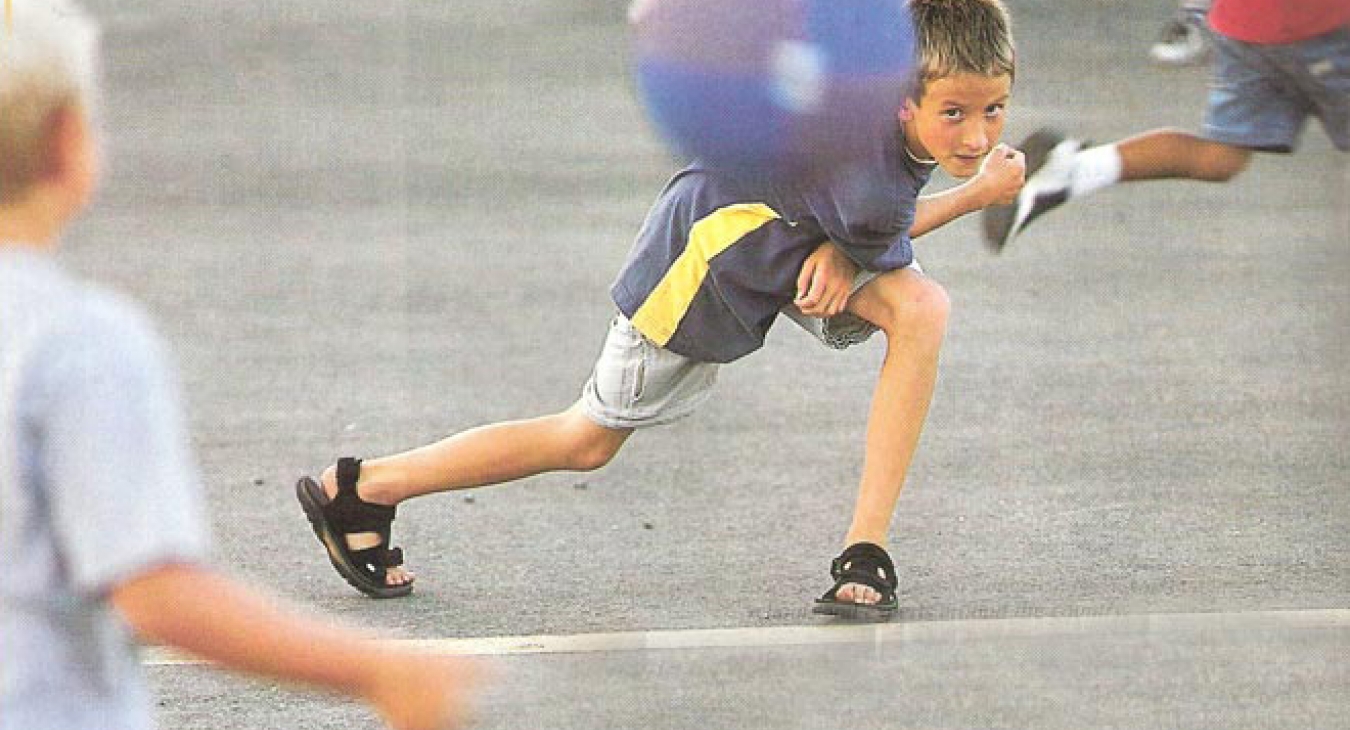 As a small guy, I rarely have seen things from a big guy's perspective. Take dodgeball, for instance.

When I look back upon my days of hucking and ducking big, red rubber balls, all I can see is Jimmy Peterson. Bigger and stronger than any other two kids his age, Jimmy could deliver the thunder. Nothing else put fear into the heart of a kid at Linden Park Elementary more than the realization that Jimmy Peterson had you locked into his sights. And when Jimmy was gunning for you, there was nowhere to hide. Come up close, and you risked taking the full force of the blow. And if you backed off, you had to be careful to take note of your proximity to the back wall lest your head gets caught between the ball and a cinderblock.

Jimmy was our Goliath and to slay him was to be King David for a day. What I didn't realize at the time is that actually made Jimmy the biggest target on the dodgeball court. 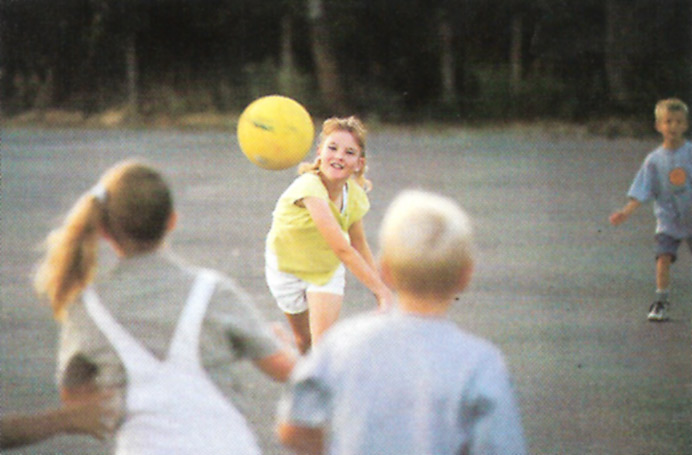 "They always go after the big guy because everybody wants to see the big guy fall, and I'll tell you why; if you knock out the big guy, you're the hero," says Brady Kay, a former Division I defensive end. "And if the big guy then retaliates against the little guy, he looks like a bully.

Kay admits that because of his size, he gained " instant respect" on the playground. But he also points out that "just because I was bigger, it didn't mean I was more coordinated at that age."

Being my size, I had an advantage of being a smaller target. In addition, I was also pretty agile. But this also had its disadvantages when it came to dodgeball. Being a survivor like I was, I often found myself as the last remaining member of my team. And more times than not, I often had to face down a half dozen or more opponents. Therefore, the little target suddenly became a very big target.

And yet, there simply wasn't a more enjoyable way for a 10-year-old kid to spend a half hour. Dodgeball I was the ultimate P.E. experience, revered like no other activity by boys and girls alike. That's why it's hard to believe that schools and school districts all around the country are eliminating the game altogether. Some parents and educators believe that any game in which children serve as "human targets" should be banned, and that dodgeball is dangerous and separates the weak from the strong. 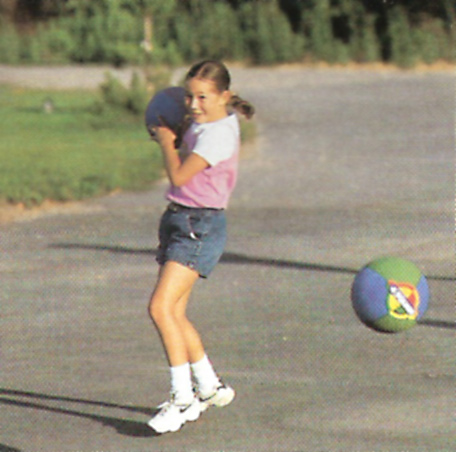 "The people who are least skillful and need the most practice get eliminated first. The best P.E. programs now try to be sensitive to getting kids to like physical activity. We need them to get good so they don't feel like a klutz or spaz whenever anyone suggests doing something active." It's hard to argue that playing dodgeball doesn't involve some danger. When I was younger, I can remember being grateful that I didn't have to wear glasses and worry about having the frames ground into my face by an unfortunately-placed throw. But most schools now have "headhunter" rules that place a penalty on kids who hit other kids in the head. In addition, less harmful foam balls are now available and can often be found in use on the dodgeball court.

But eliminating the game altogether in an attempt to equalize the playing field does kids a disservice. Regardless of the sport or activity, there will always be one child better than another. Such is the same in life. A would-be astronaut may be quickly eliminated from NASA's  program by poor eyesight or inadequate math skills, but might end up as a successful lawyer or businessman.

And just because a child is hit by a ball, it doesn't mean his experience is over. He or she can practice good sportsmanship by cheering on the rest of the team from the sidelines. And besides, there's always the chance of new life courtesy of a successfully caught ball.

Remembering one such incident from his childhood, a writer responding to an article about the elimination of dodgeball in schools shared his David vs. Goliath story:

"I was about to relate a similar story with one of the class 'bullies' who fired one at me. I stood there (like a rabbit in headlights), but I CAUGHT IT! To the cheers of everyone on my team (because he was responsible for getting rid of most of us). Single most glorious moment of my athletic career in high school as a tall, SKINNY AS HECK, geek!!!

"When I ran into the same guy at our class reunion 10 years later, I had grown to 6-foot-4 and 200 pounds of near-linebacker material, and HE remembered the 'catch' … it was the equivalent to scoring the winning touchdown (at least as close as I ever got!)" Score one for the little guy.