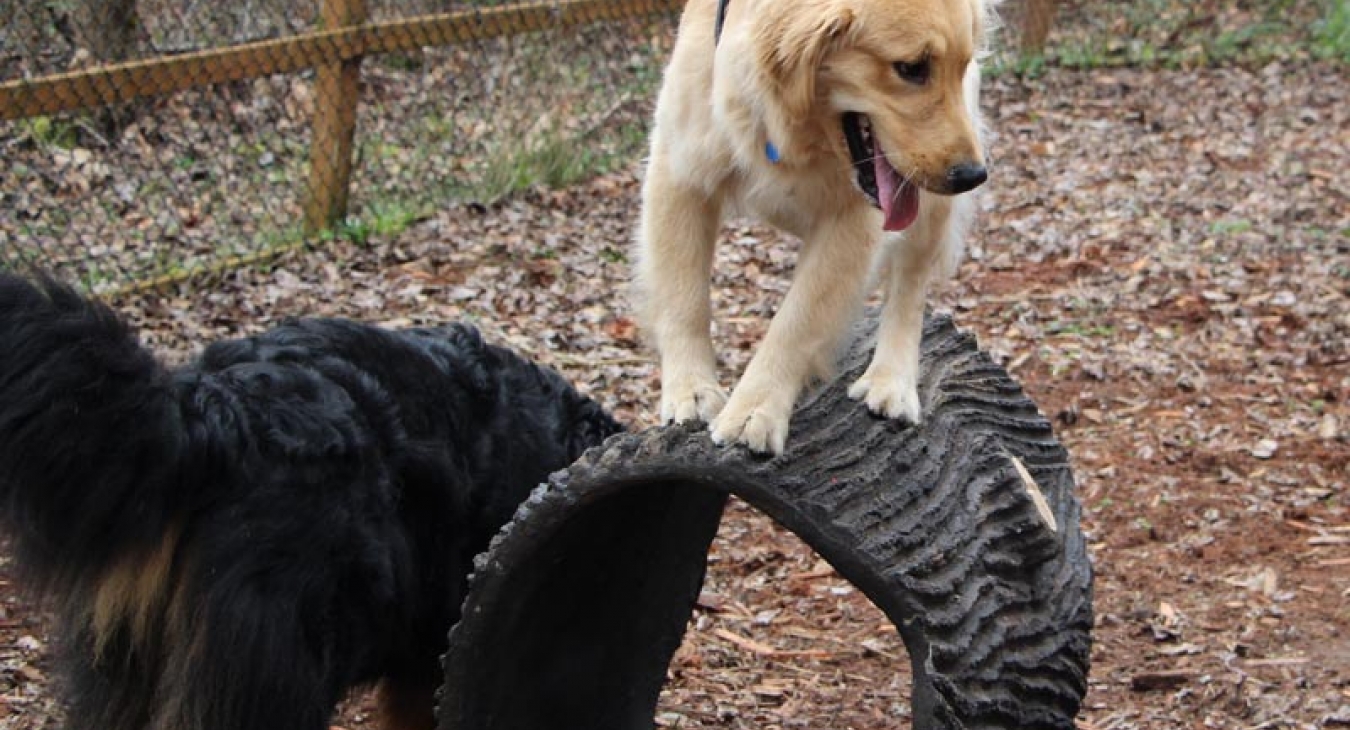 Could a Dog Park Be The Key to a Healthier Community?

If you ask most dog owners, they will say “My dog is a better athlete than I am,” and they usually follow it up with the statement “And I really need to get in shape.” The canine-human relationship is one that has been cemented in history dating back to the Roman Empire. In the United States today, dogs total over 70 million and reside in 37% of American households, according to the American Veterinary Medical Association.

Over the past few years, there has been a massive growth in dog parks, and dog parks have become one of the most requested park amenities by city residents. According to The Trust for Public Lands, from 2005-2010 dog park creation grew 34% compared to 2% for normal parks. The Trust for Public Lands recommended exercising with your dog in a park as one of the top ways to get fit outside. Parks and recreation departments and other recreational providers have acknowledged the rise in the dog population and have expanded the number of dog parks in the United States, but many of the dog parks have little to offer besides a fenced in area where a dog can run, sniff, and play with their fellow canine companions.

A key rule to remember in establishing a community dog park is that dog parks are for the owner more than the canine. Dogs don’t bring their owners places, people take dogs. If you do not take into account the access, safety, and location of a dog park, you will build it and no one will come.

All of us enjoy common interests with others in social opportunities and what can be better than sharing our experiences with our pets. There are a number of excellent books detailing the rewarding experience and benefits of the social interaction gained between dogs and dog owners in a dog park. Dog owners are continually looking for ways to socialize with their pet and flock to events that are dog-friendly. Not only are there dog parks, but other recreational events such as pet parades, dog shows, and pet costume contests. In today’s society we are all looking for ways to connect, and what better way than with your best friend – your dog. Dog parks can create an environment that can be rewarding in both physical fitness and social currency gained with a minor adjustment to how dog parks are designed and built. 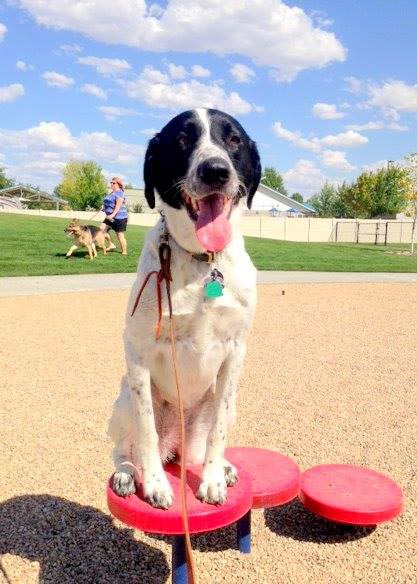 The recent boom in dog park creation is great for the experience of providing the dog the opportunity to bond with their canine companions and play in a controlled environment. The environments necessary to please the dog in the dog parks are easy to construct and cost-effective. Most dog parks have fairly level land, fencing, benches, and waste areas, and the dogs are happy.

The preconceived notion of a dog park is that people just want to relax while the dogs play. We don’t believe that all people (all the time) just want to sit and observe the dogs. Americans today sit quite enough, and we are missing the opportunity to promote fitness in a dog park. The non-stop connected world in which most people reside allows for little time to work fitness into their schedules and is apparent in the rising obesity statistics in the United States. Canines tend to resemble their owners in body type and all could benefit from daily physical fitness. The opportunity to exercise while at a dog park is a new idea that could stem a healthier community.

We think that an area within a dog park (fenced off to keep the dogs out) or a space just adjacent to the dog area is an excellent place for fitness elements and could encourage greater health to the human population as well as increase the use of the dog parks. 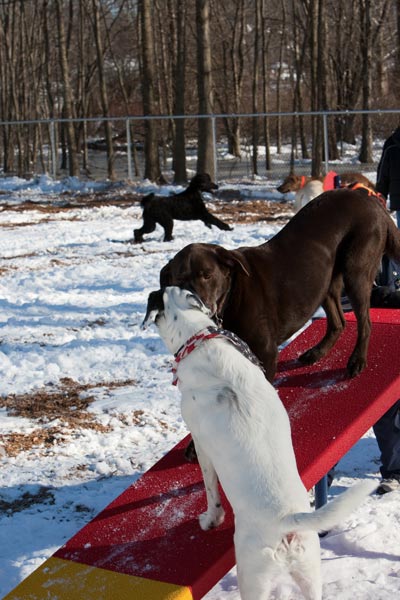 According to the American Pet Products Association 2014 survey, over 35% of dog owners stated they used a dog park, which is an increase from the 20% that reported use in 2010. The increase in the use of the dog parks could be associated with the increase in dog park construction in the United States. The evidence suggests that if a dog park is built in a community, the dog owners will take their dogs to the park.

The equipment that would be beneficial to fitness in the dog park would be the same fitness elements that are commonly found in parks around the country. Outdoor elements such as sit-up benches, pull-up bars, and other bodyweight fitness equipment are already installed in just about every park district in America. The elements should be installed closer to the dog park. The fitness equipment could be in an isolated zone next to the dog section, encircle the dog section, or be set off a paved path where owners could walk together. A fitness area that can be utilized by people coming to the dog park can enhance the park and increase the use of the park.

Another key rule for dog parks is to keep the canine safe. Just like with a child, no one wants to go to the park and come home with an injury. A question that immediately comes to mind is: What happens if the owner is in their workout and a dogfight breaks out? An owner should still be cognizant of their dog’s actions while working out in the park. There is no substitution for supervision of your dog’s actions. Dog parks have rules that state which dogs are allowed in the park, and a strict following of these rules would encourage a safe environment for the fitness movement in a dog park. State animal statutes reflect that liability for damage caused by a dog through a dog bite falls on the owner.

Local parks and recreation departments establishing dog parks with fitness elements could have a lasting impact on society by increasing the social and physical health of the residents. The creation of the fitness dog park would allow for the blending of dog lovers and people who want to be fit, instead of keeping them segregated in their own parts of the park. Modification of existing parks could be minimal and a cost-effective way to provide additional services. A risk management assessment should always be completed to evaluate the safety of the new equipment and designs.

Parks and recreation departments need to change and become providers of health, physical fitness, and wellness if they are going to be competitive for the tax dollar. Dog parks already have many benefits, and if fitness can be added to them, we can all only become healthier.