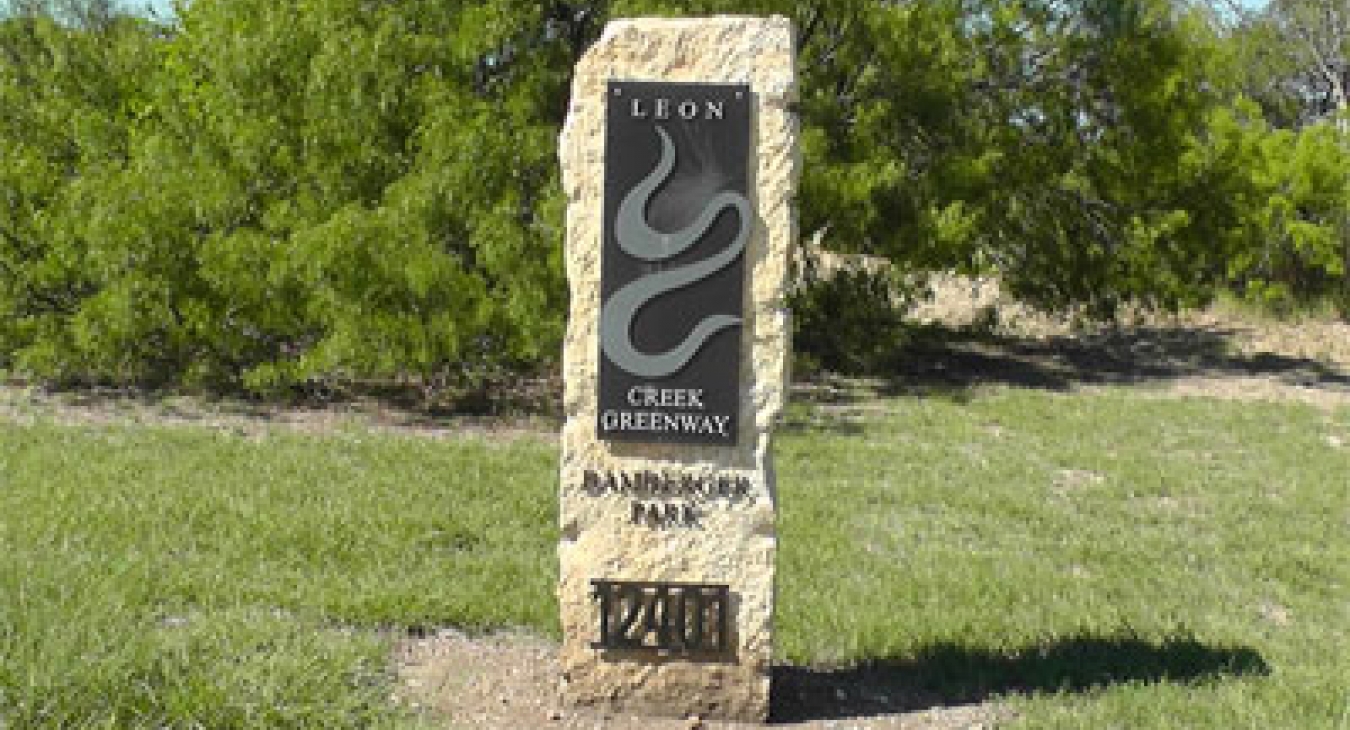 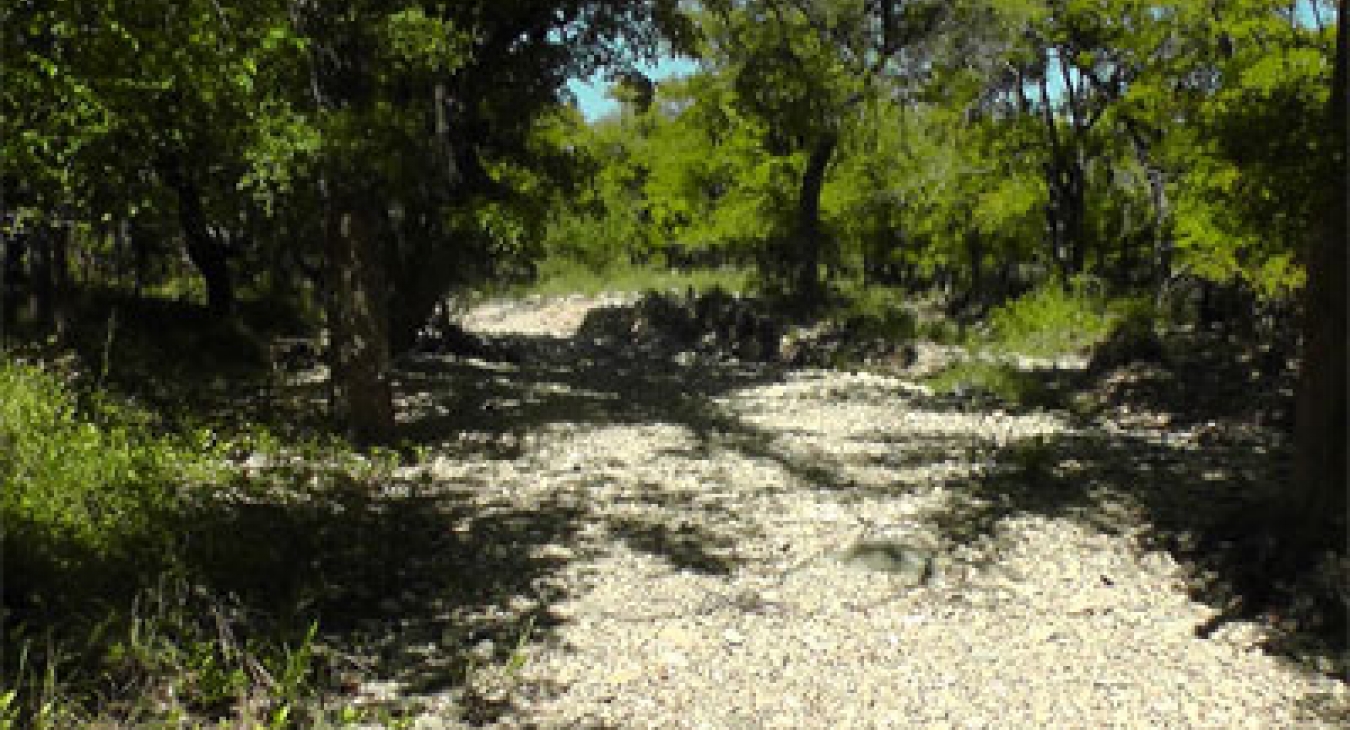 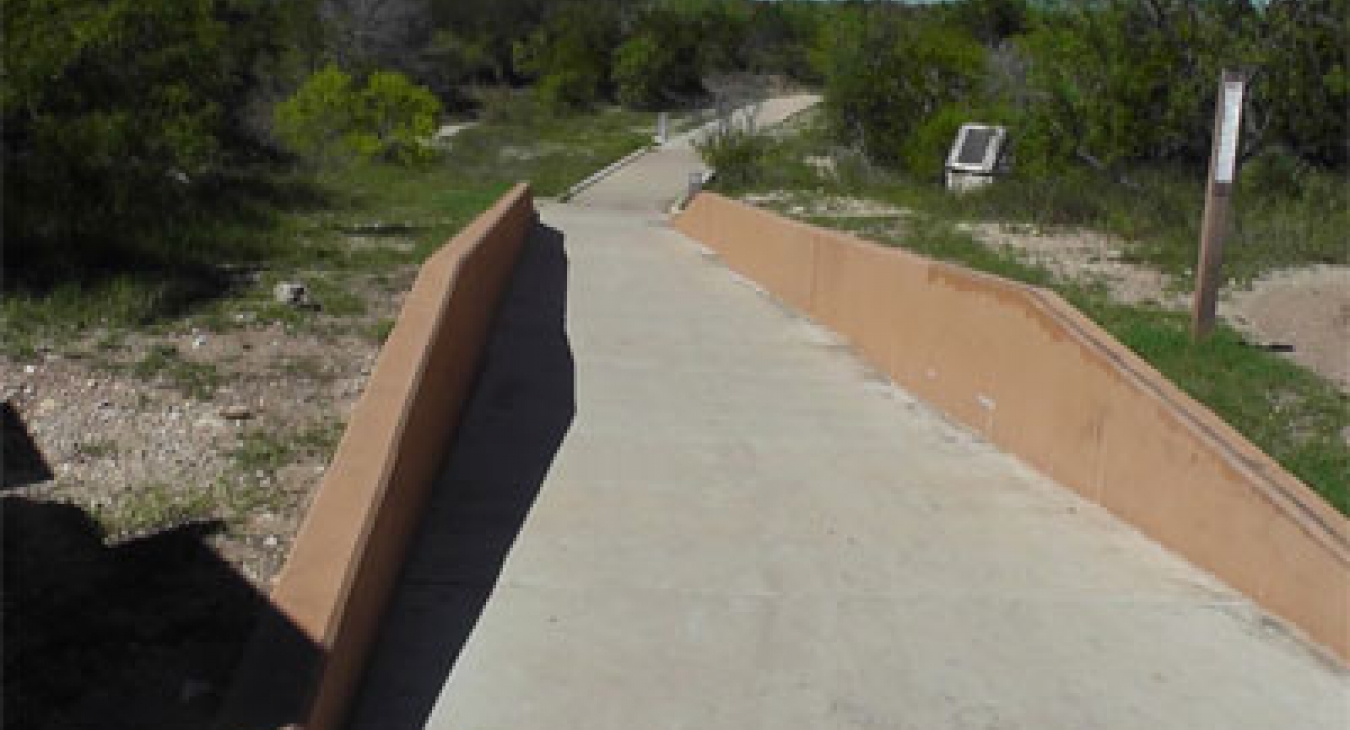 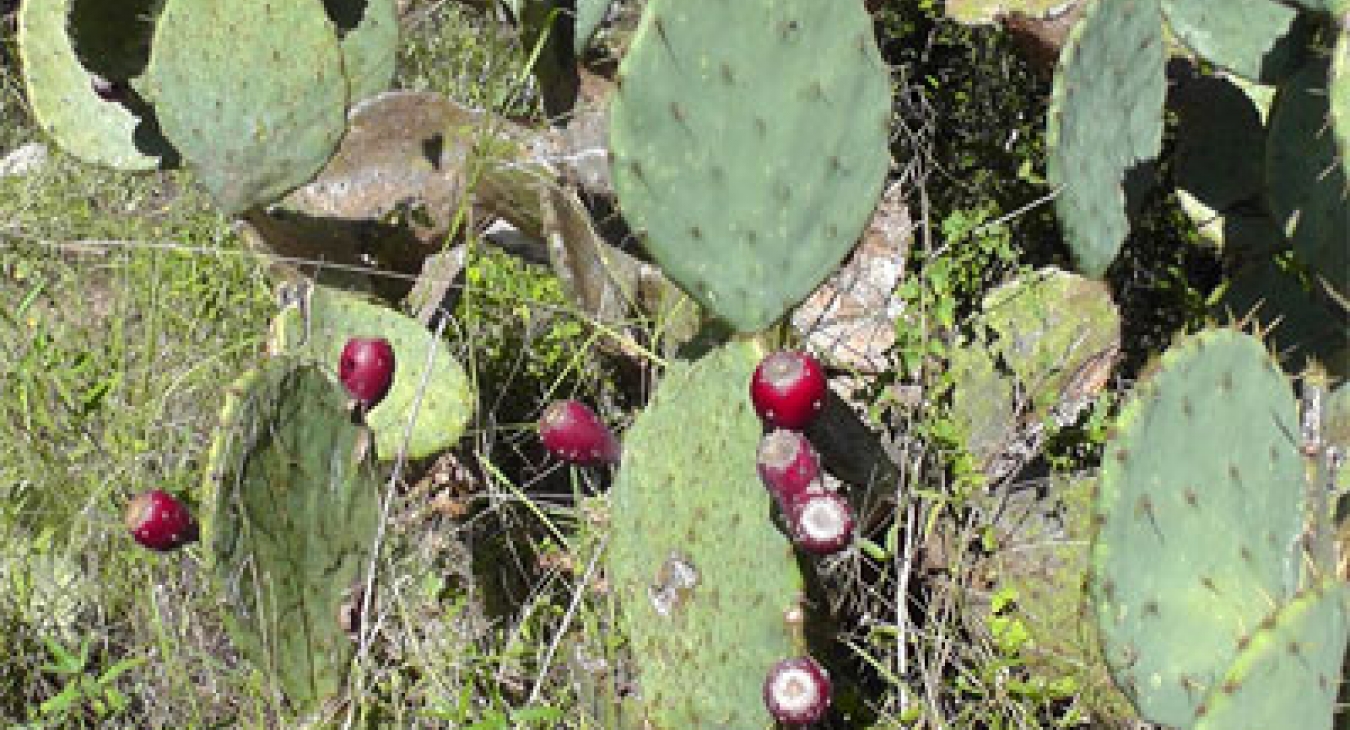 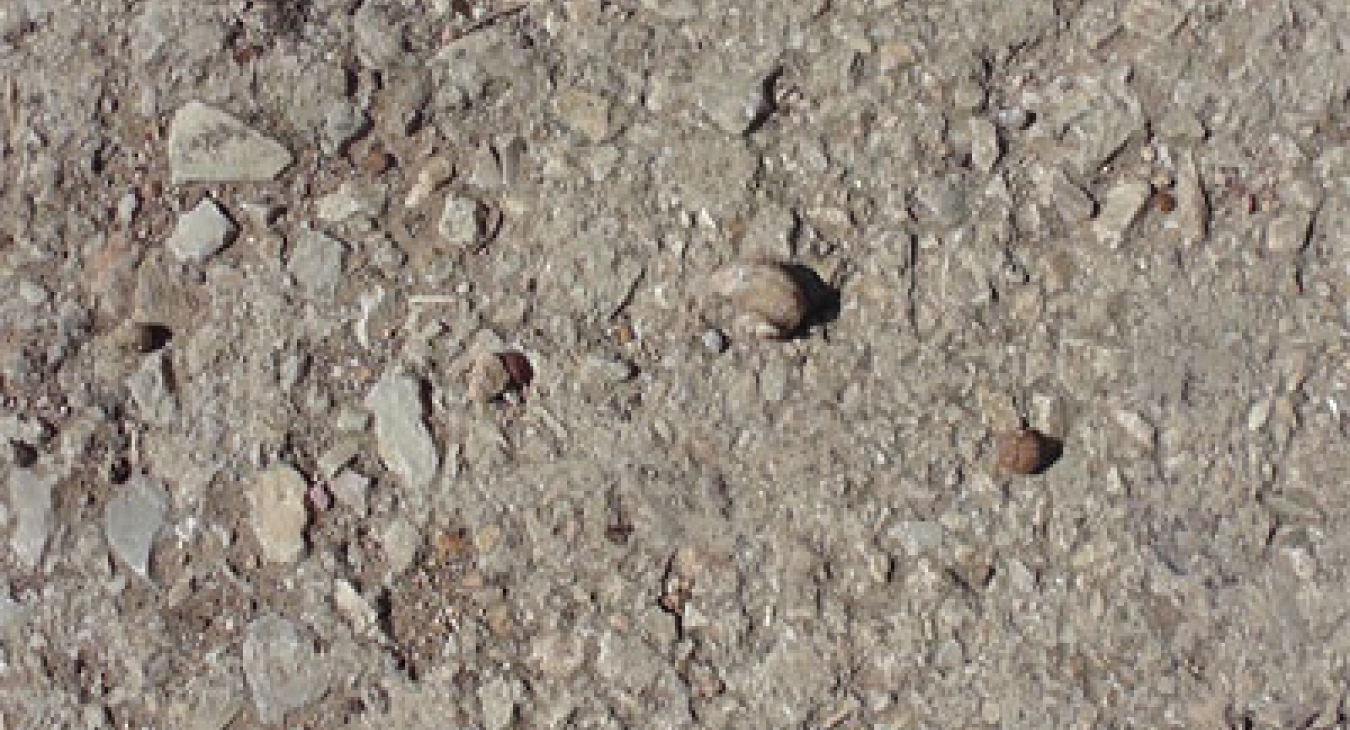 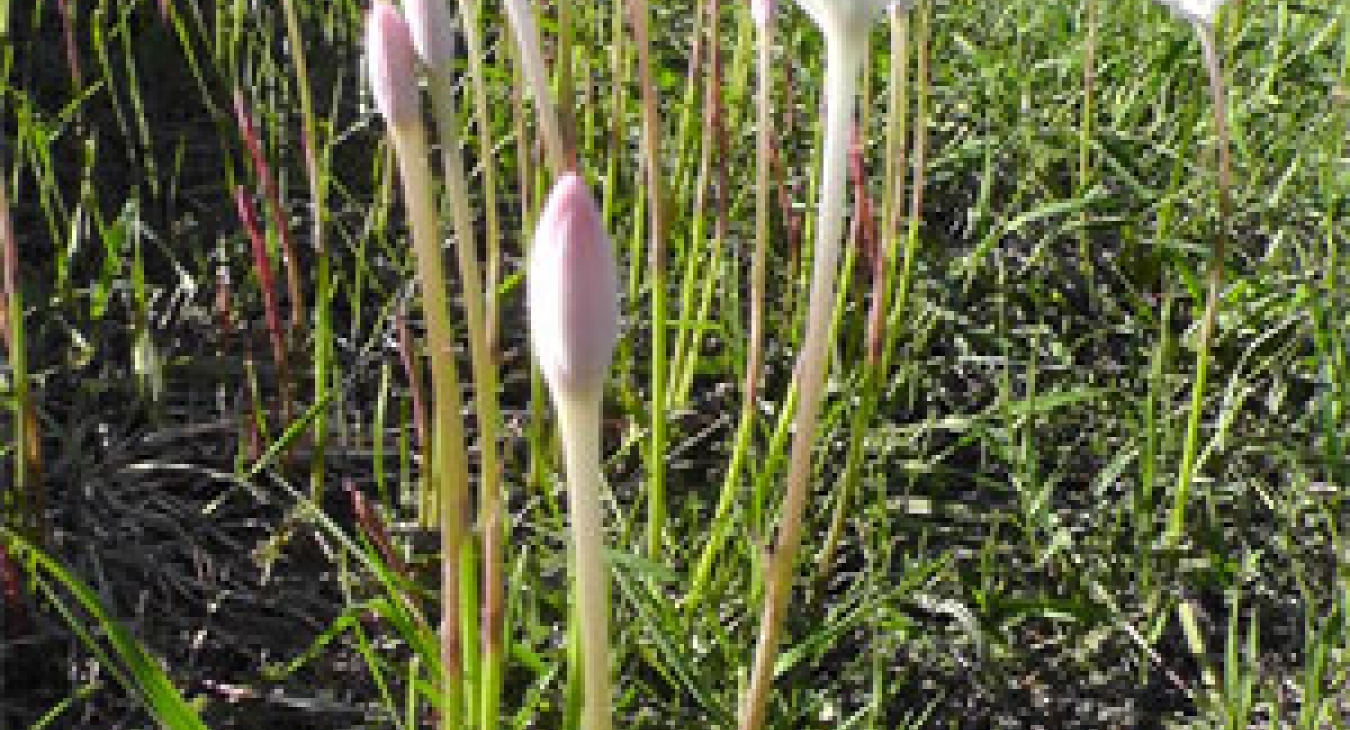 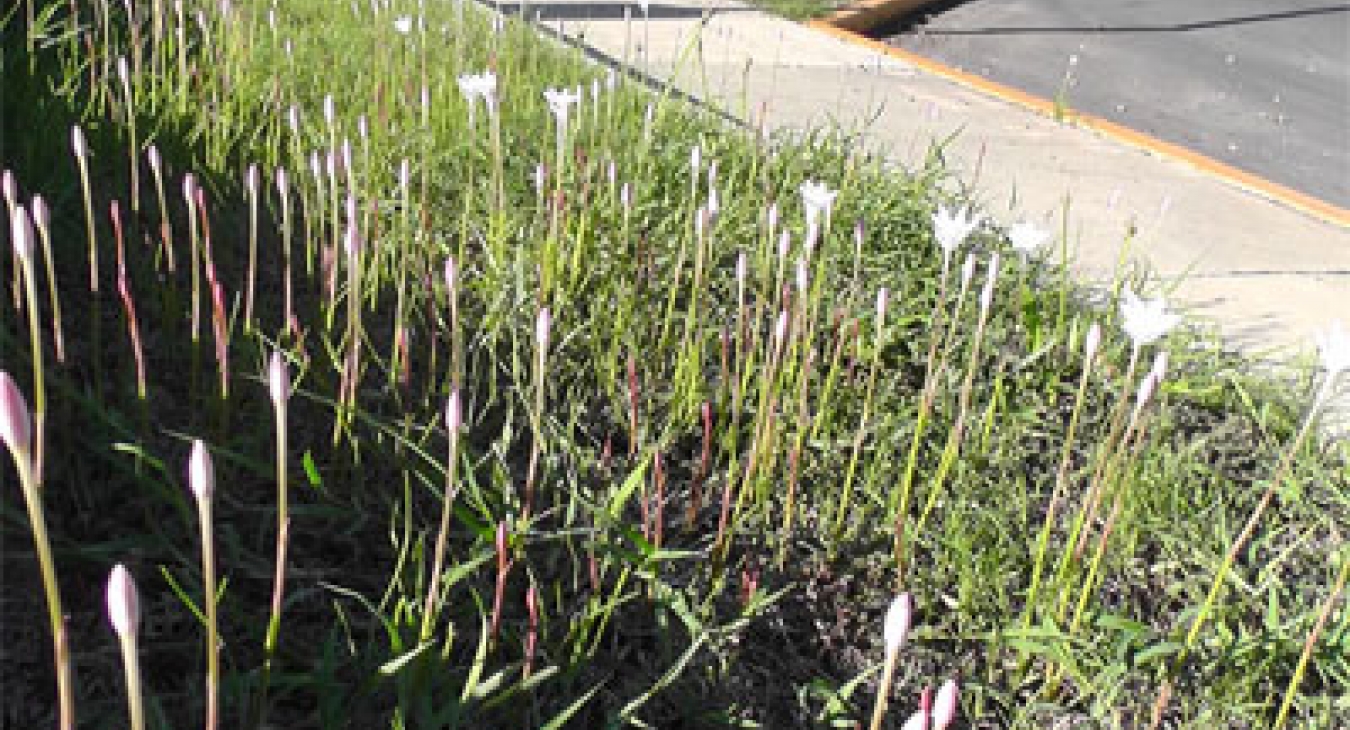 San Antonio just opened Mission Reach Park which runs along the banks of the San Antonio River from south of downtown to the San Antonio Missions. It runs eight miles long and just a few hundred yards wide. It has lots of hike and bike trails, and play spaces along the length of it.

Basically this long park serves as drainage to keep the city from flooding, but at the same time it provides a recreation area for the city. These long linear parks are springing up all over cities in the US in places where railroad tracks are removed from city centers and in flood control areas which are beautified and made accessible.

Another of these parks in San Antonio is the Leon Creek Greenway. This is what Leon Creek looks like. For most of the year it is a dry creek bed, but if there is ever a torrential rain, it fills up quickly.

The amenities at the park are pretty simple, basically some trails. Some of the trails are fully accessible. We saw lots of kids and adults on bikes and walking the trails. Fall finally has arrived and so being out in the afternoon is not so daunting.

A few of the cool things you might see along the trail are prickly pear cacti, otherwise known as nopales in Spanish. They are considered a superfood by the locals. Once you have gotten the needles off, you can add them to your eggs for breakfast or maybe put them in a salad. The little purple fruits are called tunas, and they can be eaten as well when they ripen. They are a sweet fruit with lots of seeds.

Other cool things to find in the creeks of the Texas hill country are tiny fossils. Texas was once underwater and small clams lived there and were eventually fossilized. Most of us think of giant dinosaur bones when we think of fossils, but if we take the time to look, we can find some smaller, less impressive fossils to contemplate.

The little curly thing in the middle of the picture is an exogyra arietina. If you look carefully, you will spot them up and down the creek bed. I used to pick them up when I was younger and take them home, but now I just leave them in place for the next person to find.

The other blessing we have had recently was rain, not too much and not too little, and the rain brought us some unassuming rain lilies. They bloom for just a short period soon after the rain at this time of year and then they are gone to seed. If you want them to come back next year, you need to not cut your lawn for a few weeks, but the wait is worth it in my opinion. We enjoyed them while they were here.

If then you cannot do even a very little thing, why do you worry about other matters? Consider the lilies, how they grow: they neither toil nor spin; but I tell you, not even Solomon in all his glory clothed himself like one of these. Luke 12:26-27