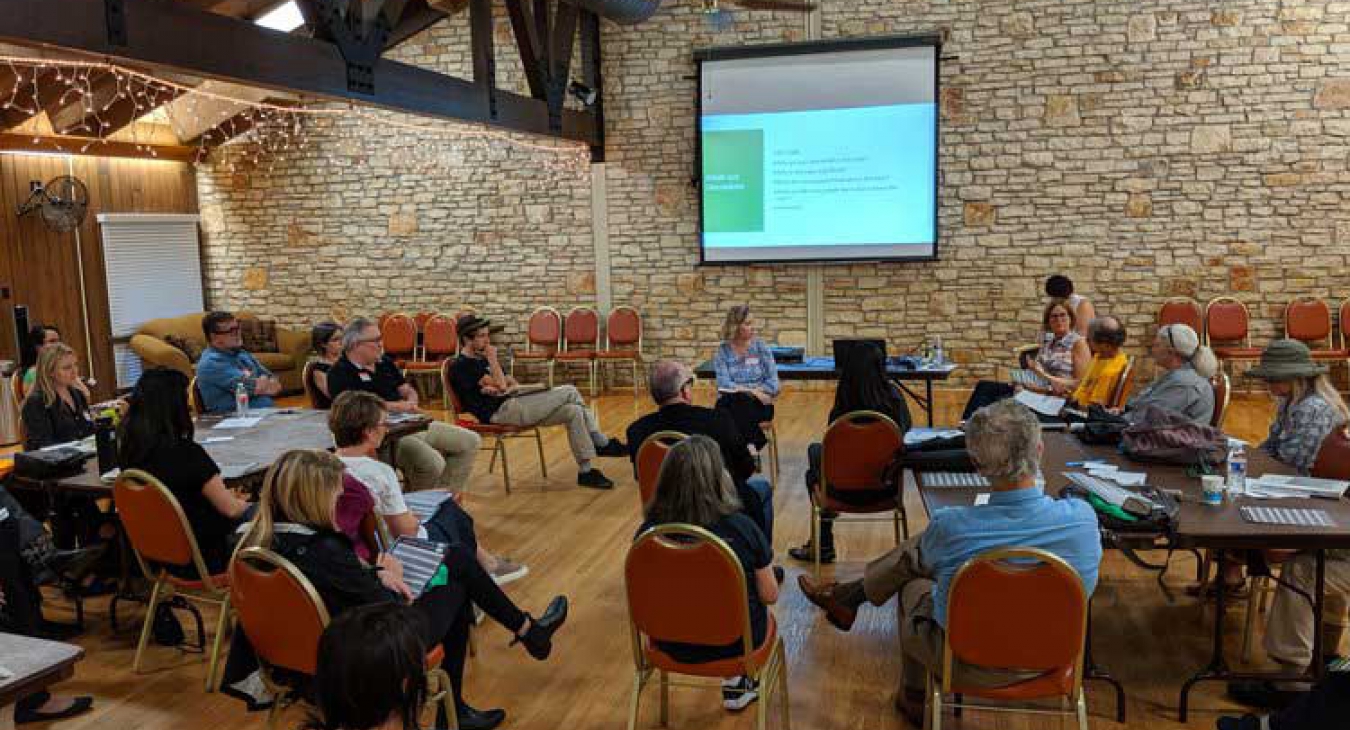 AUSTIN, Texas – July 28, 2020 – Pease Park Conservancy is pleased to announce the completion of the Pease Park Interpretive Plan, which outlines key themes and storylines for telling the cultural and natural histories of Austin’s oldest park. Pease Park Conservancy, in partnership with Austin Parks and Recreation Department, worked through the interpretive planning process with specialists from MuseWork and RECLAIM to create the final version of the strategic guide for Pease Park. This marks a major accomplishment for the park and will inform future programming and community engagement efforts as the implementation phase begins and as the Conservancy moves forward in its realization of the Pease Park Master Plan, through Kingsbury Commons and beyond.

Interpretive planning is a process whereby researchers delve into the histories, both cultural and natural, of a given heritage site and develop storylines that will help enrich the visitor experience. Pease Park Conservancy undertook this initiative in order to explore the stories and history that makes this 84-acre park such an integral part of Austin.

“The ultimate goal of the interpretive plan is to expand park visitors’ connection and sense of belonging to Pease Park,” said Heath Riddles-Sanchez, Pease Park Conservancy’s CEO. “The Conservancy is committed to making Pease Park more welcoming and accessible to all Austinites; and particularly acknowledging and working with communities of color to reconcile the land’s history of enslavement, segregation, and injustice to what the park is today, and what it can become. We are deeply invested in this process to start a greater conversation about the cultural and natural histories of Pease Park and our city.”

In January,2019, the Conservancy engaged MuseWork, formerly known as Erin McClelland Museum Services, to lead the interpretive planning process, and throughout the first quarter of 2019, McClelland and her team conducted extensive academic and primary research into the history of Pease Park. This research was followed by comprehensive community engagement throughout the spring, comprised of several large- and small-group charettes and working sessions with Pease Park Conservancy, City of Austin staff, and members of the Austin community. In May 2019, the Conservancy hosted two community input sessions to gauge public interest in the stories of Pease Park and to dig deeper into those narratives with the greater Austin community, one that was open to the public, and one with a more focused, primarily African American audience.

The three primary themes that emerged from the community engagement process and are outlined in the interpretive plan address different aspects of Pease Park’s history and place within the greater Austin landscape. The three themes identified are outlined below:

“Given its status as Austin’s first and oldest park and its unique location within our city, Pease Park offers a rich tapestry of narratives to discuss and explore,” said McClelland. “This interpretive plan acts as a research-based roadmap for telling these stories in the most effective and compelling ways to further the community’s understanding and personal investment in Pease Park now and in the future.”

Pease Park Conservancy was formed in 2008 and celebrates the diverse ecology and history that make Austin’s first public park valuable and unique. The Conservancy works to restore, enhance and maintain this 84-acre public green space for the sustainable use and enjoyment of all. Unfolding across 84 acres, Pease Park is a series of connected greenspaces running along Lamar Boulevard from West 15th to West 31st Streets, providing residents and visitors alike with an intimate, yet sprawling, natural amenity. Owned by the City of Austin, Pease Park is a public district park maintained, operated and programmed by Pease Park Conservancy, in partnership with the Austin Parks and Recreation Department.

About Austin Parks and Recreation Department

The Austin Parks and Recreation Department is inspiring Austin to learn, play, protect and connect by creating diverse programs and experiences in sustainable natural spaces and public places. The department has been the trusted steward of the City of Austin’s public lands since 1928. As such, we protect and maintain parkland and our urban forest. We preserve trails, and offer a variety of sports, recreation, educational enrichment, arts programs, cultural opportunities, nature and aquatic activities.

MuseWork is a full-service exhibition planning and design firm located in Austin, Texas. Established in 2013, the firm's team of interpretive planners and creative designers is passionate about developing compelling interpretive plans, exhibitions, web-based experiences and signage that engage and inspire audiences.

RECLAIM, specializes in recovering the often hidden, erased and lost narratives of Black people and communities throughout the Diaspora and presents these findings through a myriad of creative expressions. In addition to ongoing projects, RECLAIM offers community outreach, oral history, creative direction, guided tour design, implementation, and various production and consultation services for organizations seeking to chronicle and celebrate the histories of black communities in Austin, Texas.