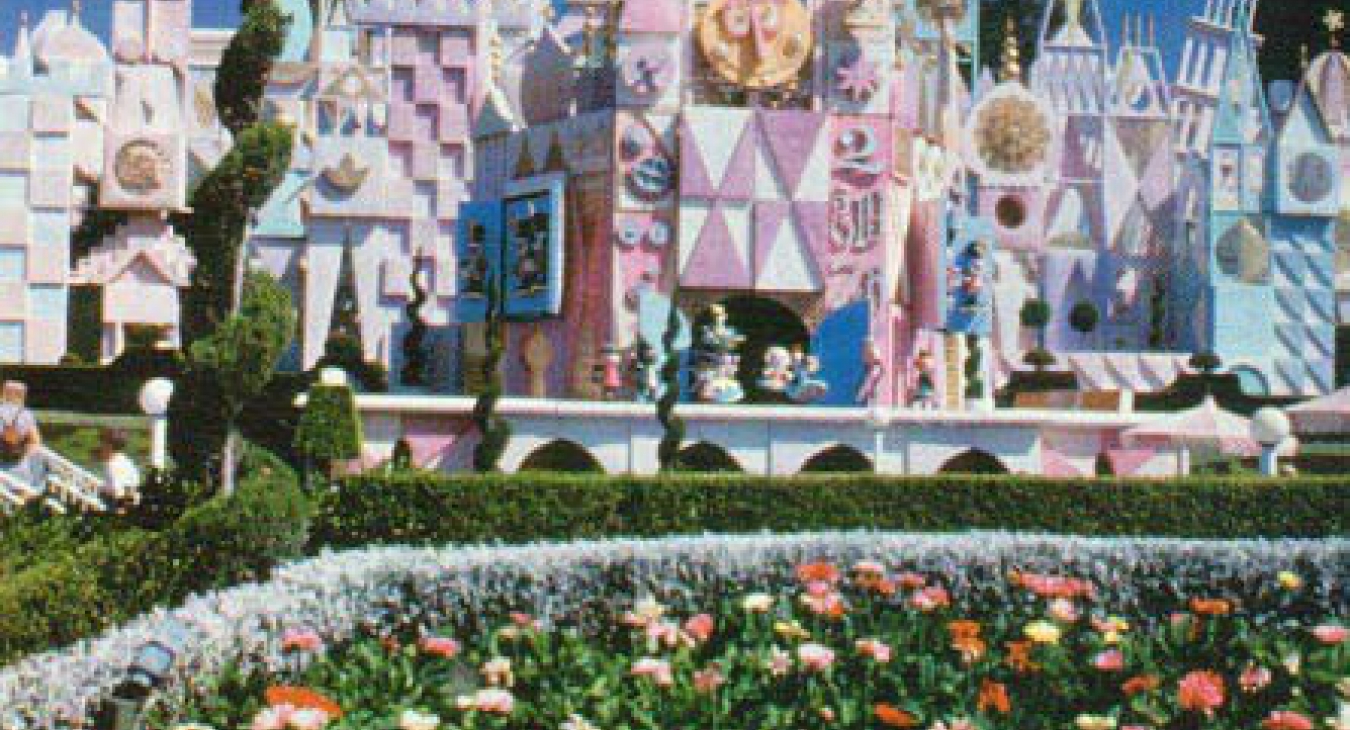 How One Trip to Disneyland Affected Three Little Girls

It was the same ear-piercing plea I would hear every time a Barbie commercial would come on television. But a Barbie I could afford; A Barbie I could go get. A trip to Disneyland? Now that's a different story. Getting to California from Idaho is much different than driving to our local Wal-Mart. And Disney wasn't making it any easier. Those cursed commercials were firing at me and my kids, one after another, right in the sanctuary of my own home. Mickey and Donald were doing their work well. It became inevitable; we were going to have to go.

Then a thought occurred to me: What is it about Disneyland that makes it so appealing to children? Is it the rides? The characters? The trip we would have to make, or the souvenirs we would have to buy? Yes. It's all that.

But perhaps the most powerful thing about a trip to Disneyland is the anticipation of the trip itself. It's amazing what power the promise of such a journey wields in the minds of children. I experienced it firsthand. Once my wife and I decided the trip was a go, we planned out how and when we would tell our kids. We built up the anticipation that we had a big announcement to make .. . and then we made it. It was as if a group of senior citizens had just hit bingo! My kids were jumping up and down, screaming, high-fiving, and all that jazz.

Then we threw down the condition. 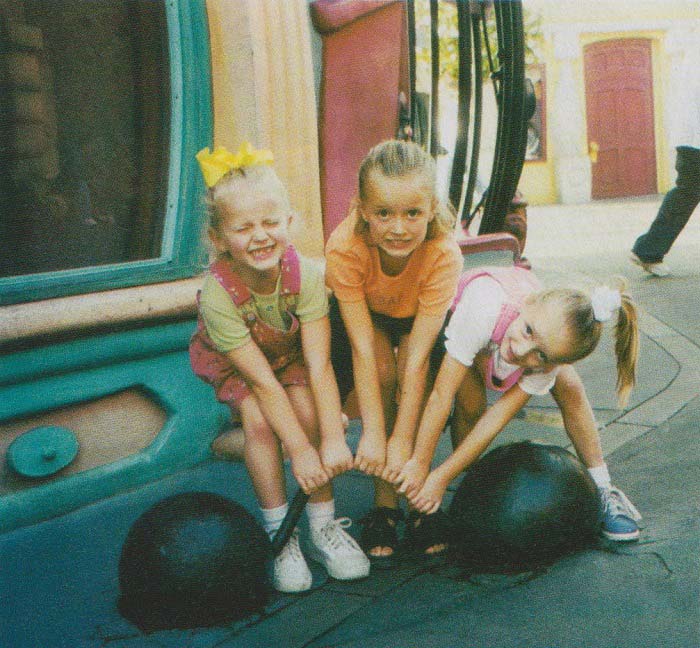 "But!" we said, "we will only go if..." we proceeded to dictate a few things that we wanted out of the deal. Like rooms kept clean, no fighting, and homework done right after school. They would have signed in blood if we had asked them to. And therein lies the power of this magical journey.

Then my thought deepened: How is this event similar to many events our children face on a day-to-day basis only on a much smaller scale? How many times a day do our children get excited about something and we don't even know it? And what effect do these events have on their daily psyche?

I decided to conduct an experiment. I would use this once-in-a-childhood pilgrimage as a model to observe my children and see what effect the anticipation and all the successive experience would have on them. And then, to the best of my ability, I would try to relate it all to a much simpler, localized outing- a trip to the neighborhood playground. 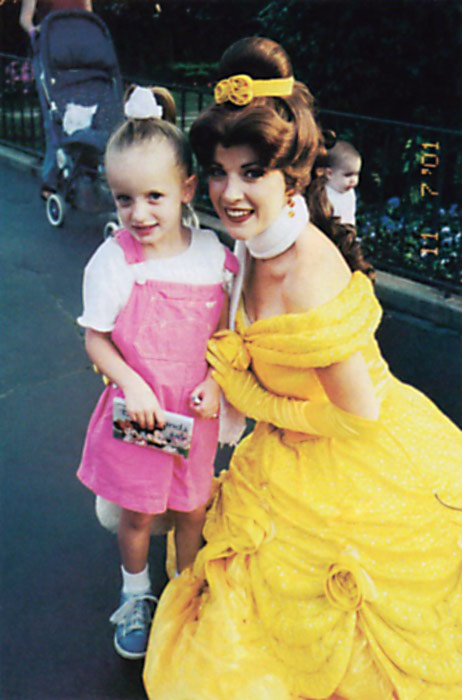 Maybe the comparison is a stretch. I had, after all, promised to take (and then taken) my kids to many playgrounds in their lives. Each time they would get excited to varying degrees, and each time they would have a good time on the playground. Could it be, however, that all this time I had overlooked the profound effect this repeated anticipation and delivery of the goods had on my kids?

At the time of the trip, my daughters were eight, six and four. The way they reacted to the upcoming trip varied with their ages and personalities. Collectively though, they simply couldn't wait. Our youngest, who still doesn't know the difference between a week and a year, had the hardest time. Then again, she is the most " into" Disney. Her dream is to become a princess when she grows up. So when we told her she would actually get to meet all the princesses, from Belle to Cinderella, her eagerness vaulted to previously unseen levels. She actually began to drive us nuts with her incessant queries as to whether it was time to go to the " airport" yet. The other two understood time and knew that from the moment we first announced our journey in late July to the time we actually left in November, they would have to be patient.

But seeing how this trip drew certain traits out from their personalities wasn't the most interesting thing to watch. To me, in light of my comparison to the more mundane playground visit, the fact that my kids seemed to have an elevated aura about them was more than significant. To describe their attitude improvements any better than that is next to impossible. For it wasn't hugely noticeable to the casual onlooker. But to us, their parents who knew them better than any, it was there.

If I were a psychologist I would, at this point no doubt, offer you a lengthy explanation as to what effect such an event has on children, scientifically speaking. Perhaps there were some extra endorphins released in my kid 's heads every time the word " Disneyland" came up. Perhaps a few extra neutrons shot up their nerve endings at the sight of Mickey. I will leave that to the experts in our Value of Play column to explain. All I know is, all my wife knows is, our kids were possessed with a spirit of motivation, enthusiasm, and excitement that we had not seen before. Suddenly, the expense of the trip was turning into an investment in the well-being of our family.

Of course, our kids still had their problems- some homework didn't get done on time, some fights still took place, and rooms still had to be cleaned. But these problems didn't occur as often or as badly. And when we had to "get after" them to stay on top of their tasks, they simply reacted in a much more delightful way. As the vacation grew nearer their level of cooperation became more and more evident. We were beginning to like this Disney thing.

Then came the big day. I will tell you as a parent to a parent, an adult to an adult, a human being to a human being, that I was literally blown away and completely moved with joy as I saw how utterly excited my kids were as we packed our bags and headed to the airport. They each had their own backpack of toys for the journey and I will never forget the three of them marching in any direction we told them, doing anything we asked them. They were literally hanging by our words. My wife and I thought we were either in heaven or they simply weren't our kids. Smiles festooned their faces. They played with each other almost without incident. They were three blonde angels on their way to something far better than Never Never Land. 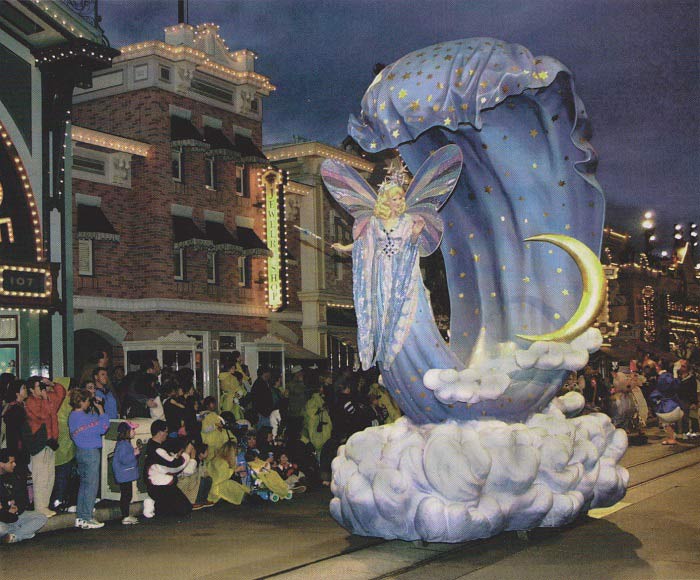 This level of excitement persisted through the four days of our visit. The sparkle, the gleam, the light in their eyes hardly faded until the dusk of our last day. Tired and worn out they seemed to shift from a state of bewilderment to accomplishment. My youngest had her picture taken with nearly all the princesses, my oldest successfully rode Space Mountain five times, and my middle angel simply loved Pirates of the Caribbean. During the flight home and at the end of each day, my wife and I took time to quiz our kids about what they had done that day. We asked them what they liked the best and why. What we found in their answers was more priceless than countless lessons we had tried to teach them. They were learning how to express themselves and how to let themselves enjoy good, clean fun. We were careful not to say guilt-oriented things like, "we paid for your kids to come here and do all this so you now must. .. " We didn't want them to feel at all bad for having gone on their vacation. 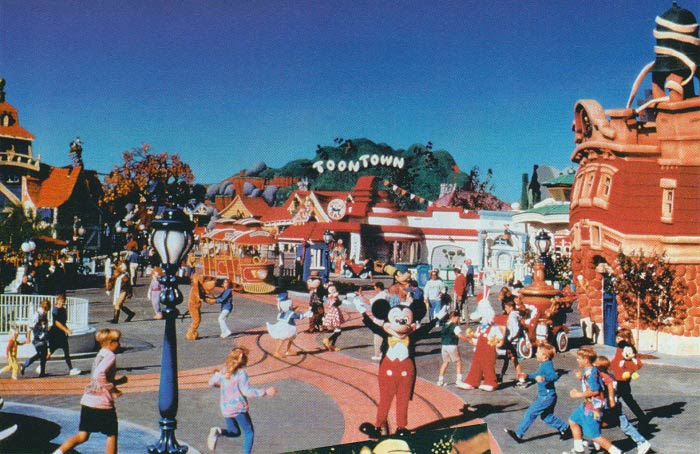 Now that we've been back a few months things are back to normal ... for the kids anyway. For my wife and I, it will never be the same. We take note of how our children react to every event, no matter how large or small. From Christmas to a trip to the local playground, the effect of an exciting event bears itself out in varying degrees.

And such is the value of play. Even though more routine visits to a playground do not reach the same echelons of reaction from kids, we as adults must keep in mind that they indeed have an impact. And if you are looking, if you are paying attention, you will see it.

It's kind of like that scene in the Disney movie, A Bug's Life where Hopper and his cronies are sitting at a bug bar in Mexico. In an attempt to demonstrate how powerful many small ants can be Hopper unleashed a container full of seeds that poured out the "tap" and buried the crony at the bar along with a couple of his friends. Yet just before that when Hopper released only one seed and it hit the grasshopper in the chest, he scoffed saying that it didn't hurt.

So it is with the small play events in our child's lives. Just one trip to the playground may not make or break his or her youth, but many repeated such events add up to make a synergistic result larger than the sum of the individual visits.

Seek opportunities to take your kids to the playgrounds, to let your students climb and slide and swirl and glide. And when they are done, ask them what they did and how much fun they had. Teach them that having fun is an important activity not to be overlooked or to feel guilty about. Such foundations constructed at young ages are bound to build a better, healthier succeeding generation.